Accessibility links
For Supreme Court, Monsanto's Win Was More About Patents Than Seeds : The Salt The high court ruled unanimously that when farmers use patented seed for more than one planting in violation of their licensing agreements, they are liable for damages. 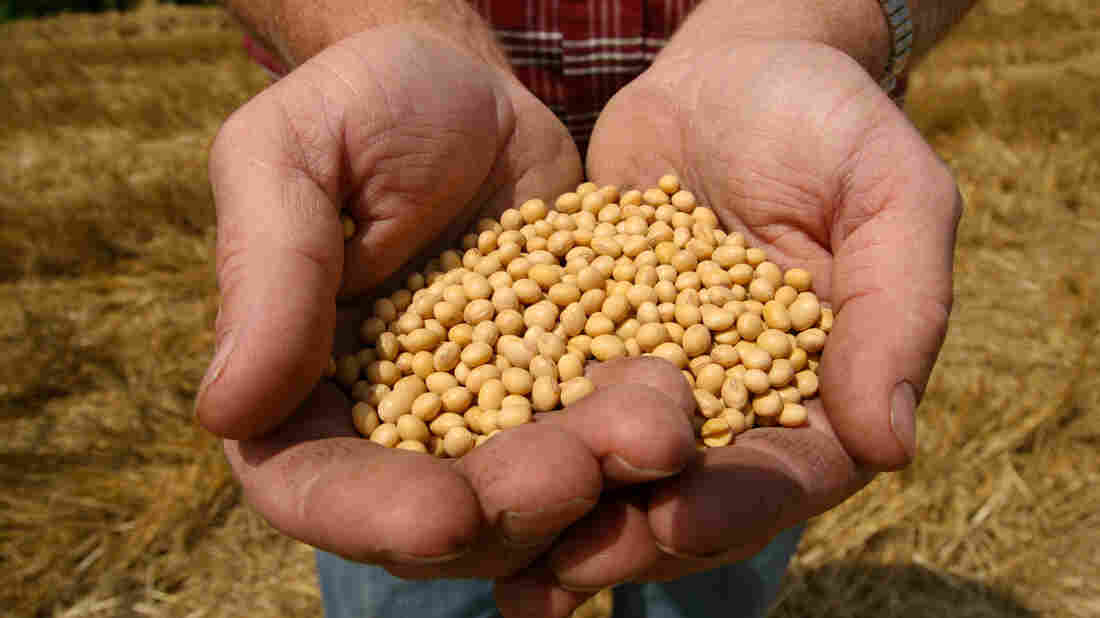 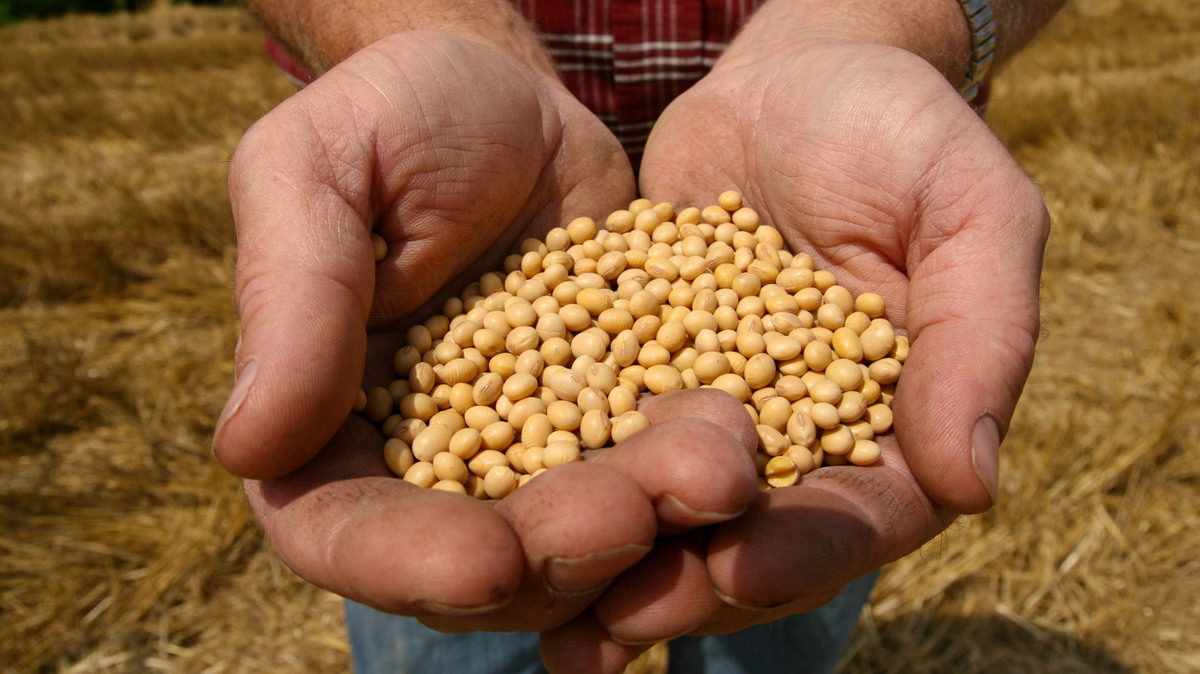 The U.S. Supreme Court ruled unanimously Monday that when farmers use patented seed for more than one planting in violation of their licensing agreements, they are liable for damages.

Billed as David vs. Goliath, the case pitted an Indiana farmer against the agribusiness behemoth Monsanto.

Almost all the soybean farmers in the U.S. use seed that is genetically altered to be resistant to weed killers like Roundup. That allows farmers to spray for weeds without killing the soybeans. But the seed is three times more expensive than regular unpatented seed, so some farmers have tried to use regenerated seed to save money.

Case in point, 75-year-old farmer Hugh Bowman, who regularly bought Monsanto's Roundup-resistant soybean seed for his first growth and signed a licensing agreement promising to use all the seed and not to use any regenerated seed for future use. But Bowman also had other riskier, lower-yield plantings, and for those, he wanted "a cheap source of seed."

So he went to the local grain elevator where farmers drop off their harvested soybeans, and he bought and planted some of those, knowing that those beans would likely also be Roundup-resistant.

He eventually produced eight separate crop yields using the second and third generations of the grain elevator seed, and he was quite open about what he was doing.

"I couldn't imagine that they'd give a rat's behind," he said.

But they — namely, Monsanto — did. The company sued Bowman, as it has sued other farmers. Bowman lost in the lower courts and was ordered to pay $84,000 in damages to Monsanto. He appealed all the way to the U.S. Supreme Court.

There the question before the justices pitted two legal doctrines against each other. One doctrine, known technically as patent exhaustion, says that once you buy a product — say, a cellphone — you can do with it whatever you want. You can use it, sell it, give it to your kids, whatever. But a second patent doctrine says you are forbidden to copy it.

So which rule applied in Bowman's case? The Supreme Court said unanimously that Bowman's actions amounted to illegal copying of a patented product, a sort of farming piracy.

Writing for the high court, Justice Elena Kagan said that Bowman is perfectly free to purchase grain elevator beans to eat or feed to livestock, or even to resell, but he could not do what he, in fact, did: plant the beans from the grain elevator in his own fields, test them for weed resistance, and then harvest, re-harvest and re-harvest multiple times, without paying Monsanto for use of its patented product.

Without this protection for Monsanto, said Kagan, the company would get "scant benefit" from its invention, and Bowman and other farmers would reap great rewards from the weed-resistant seed without paying for it.

Kagan also rejected Bowman's argument that since soybeans naturally self-replicate by sprouting, it was the soybean, not Bowman himself, that made replications of the Monsanto's patented invention.

"We think the blame-the-bean defense tough to credit," said Kagan. Bowman, she noted, "was not a passive observer of his soybeans multiplication." Instead, Bowman himself produced eight separate crop yields using the grain elevator beans to maximize regeneration of the beans.

Monsanto and other agribusiness enterprises were predictably pleased by the decision.

"The court's ruling today ensures that long-standing principles of patent law apply to breakthrough 21st century technologies," said David Snively, Monsanto's executive vice president and general counsel. "The ruling also provides assurance to all inventors throughout the public and private sectors that they can and should continue to invest in innovation that feeds people, improves lives, creates jobs and allows America to keep its competitive edge."

Meanwhile, critics of the industry were just as predictably disappointed. Andrew Kimbrell, director of the Center for Food Safety, called the decision a "disaster" for farmers and consumers, because it ensures that Monsanto's soybean seed patent will dominate the market even more, meaning that prices for both farmers and consumers will soar.

The court's decision, however, was explicitly limited to cases like Bowman's, where an individual takes steps to replicate a patented product. Justice Kagan said the court was not deciding how to handle all self-replicating products — products that range from patented DNA molecules to computer software.

Or as John Whelan, George Washington University associate dean of intellectual property law put it, the court has "left for another day" the question of how to treat a product that "automatically reproduces itself with no intervention." In the modern world of complex new inventions, it seems the court is not eager to get ahead of itself.