Accessibility links
'Picture Cook': Drawings Are The Key Ingredients In These Recipes : The Salt Designer Katie Shelly's upcoming cookbook offers 50 illustrated recipe "blueprints" for basic meals — from simple snacks to more hefty dishes like eggplant Parmesan. She hopes they'll inspire any level of cook to improvise in the kitchen. 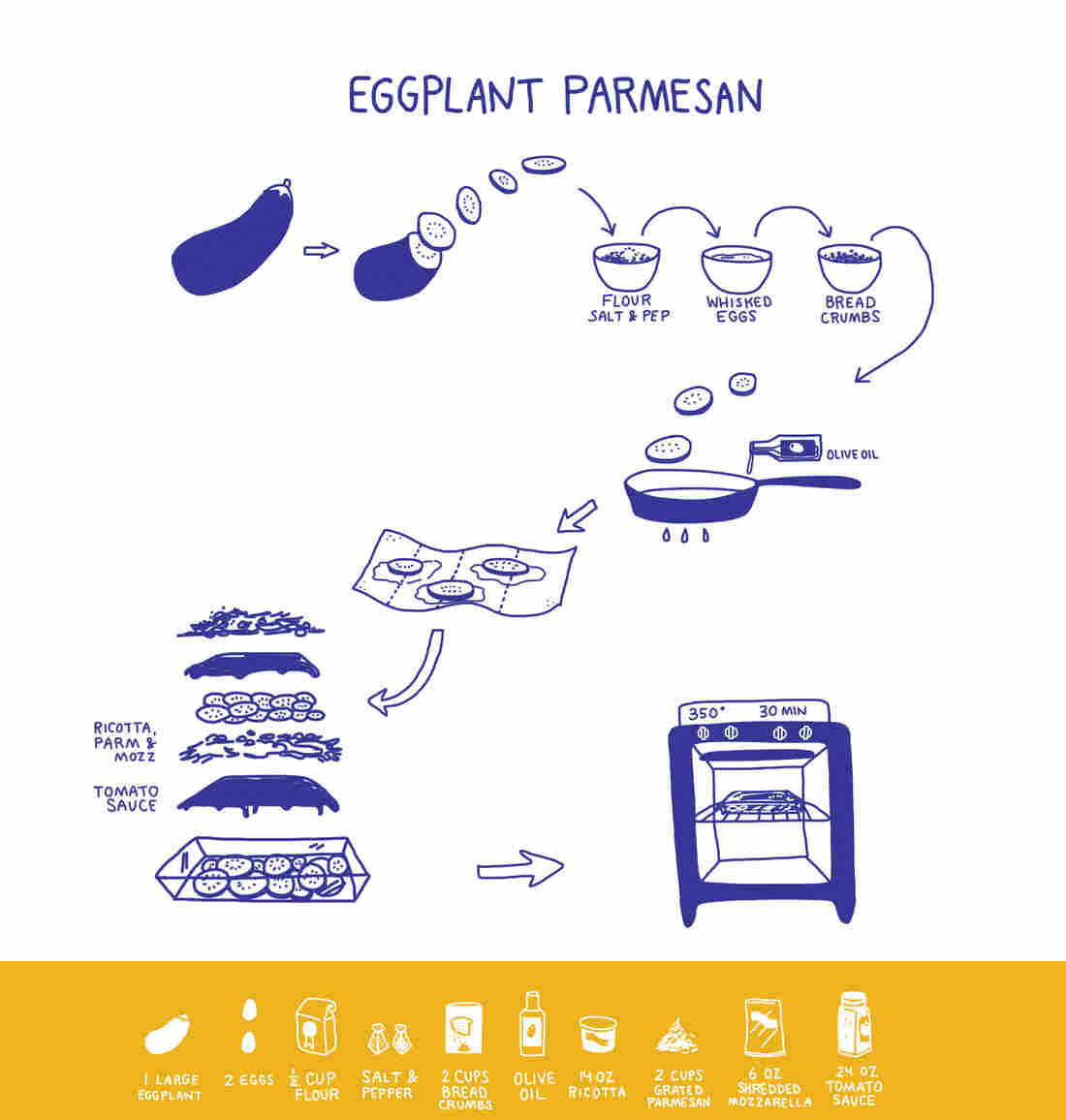 Back in 2009, Katie Shelly was craving an eggplant Parmesan. Small problem: She'd never made it before. But she remembered that a college roommate used to make it, so she called her up and asked for the recipe.

The friend told her she needed to start with three bowls — one for breadcrumbs, one for egg and one for flour, salt and pepper. "In that moment, it was totally natural for me to just draw the three bowls instead of writing all that out in words," says Shelly, whose day job is as a visual designer.

As the friend continued the recipe, Shelly continued drawing it out with arrows and eggplant slices on a tray. When she pulled out the scrap of loose-leaf in the kitchen, she found it much easier to cook from that than a traditional recipe that relies on numerical steps.

And that's where the idea for Shelly's upcoming cookbook, Picture Cook, originated. The book is filled with 50 illustrated recipe "blueprints" for basic meals — from snacks like Krispy Kale to more hefty dishes like White Lasagna. Her recipes are bound to appeal to visual learners; Shelly hopes they're also less daunting than traditional recipes. 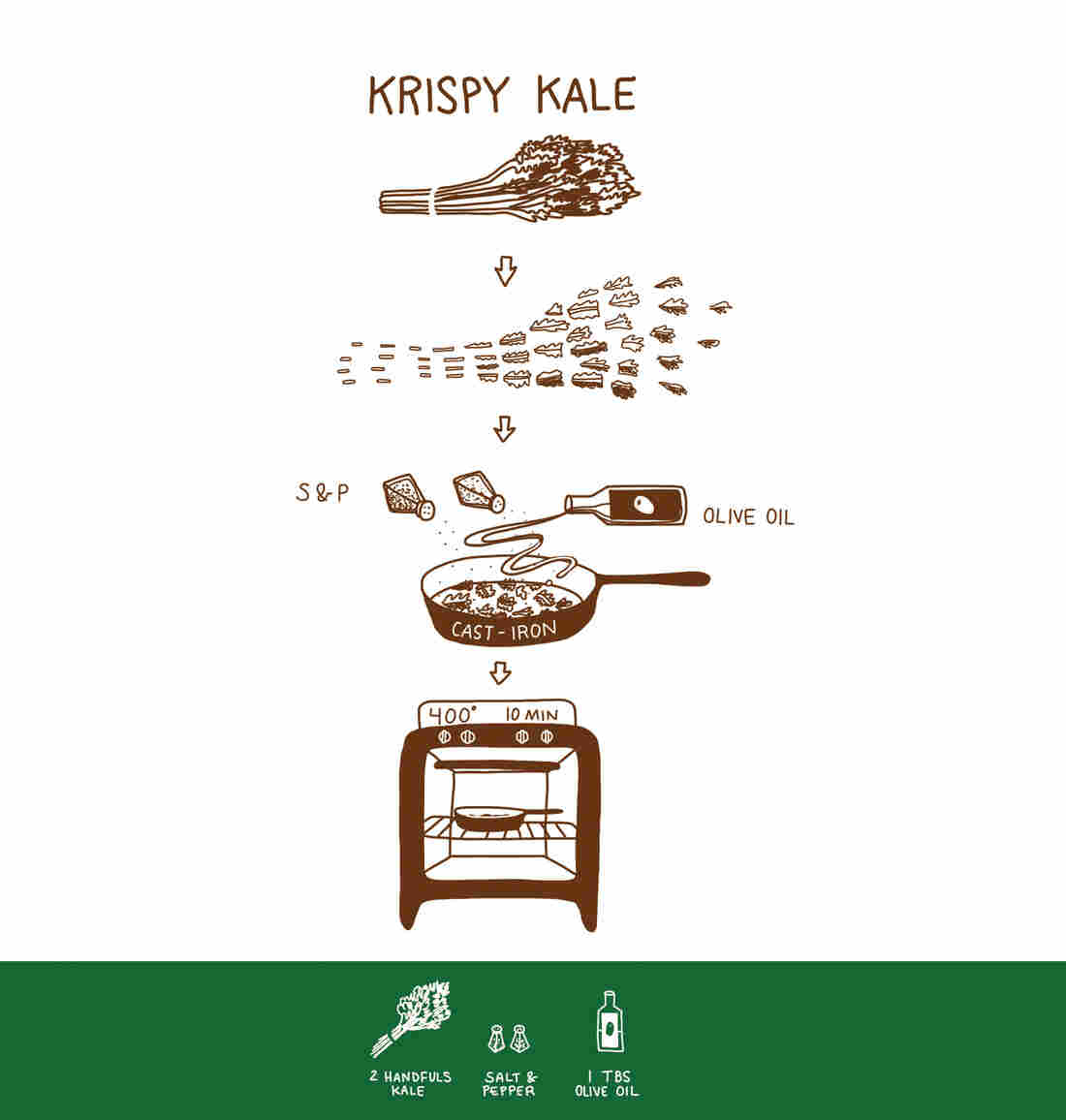 "If you pick up a book from Emeril Lagasse or Julia Child or Mario Batali or whoever, there's a little bit of intimidation there. ... But this book is just coming from little old me. You don't have to feel like you're going into a Top Chef competition with whatever you create."

In fact, she doesn't think she's "exceptionally culinarily inclined" — "I make food that is tasty and does the job," she says. But she learned to cook by experimenting with her friends and hopes learning by seeing will encourage others to improvise as well. 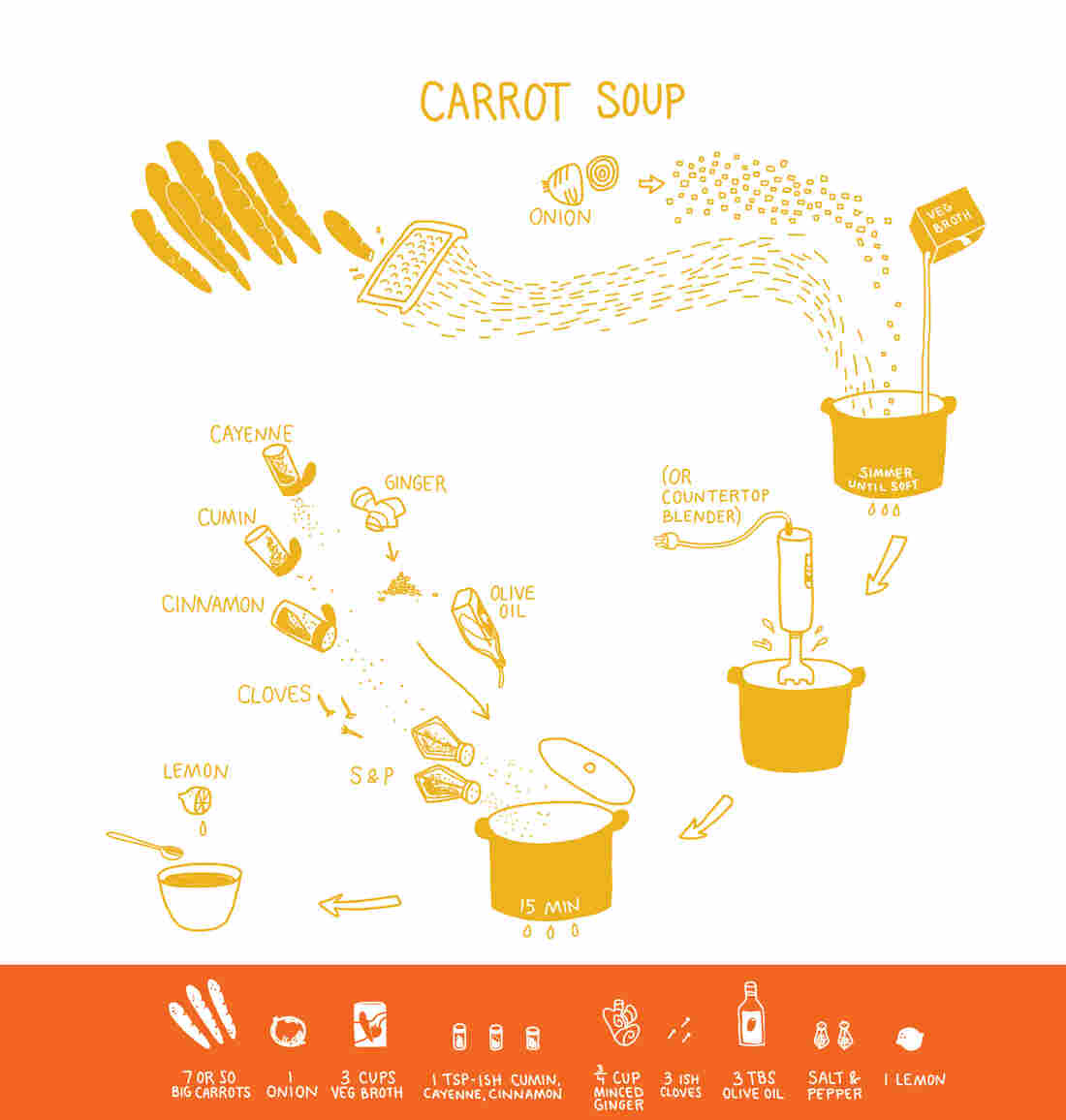 Already, lots of people seem to have responded to her novel approach to recipes: Traffic to her website exploded after the illustration blog Drawn featured her carrot soup recipe in 2010.

Other design blogs picked up the illustrations, Mark Bittman tweeted about her, and people were emailing to ask where they could buy her book. Picture Cook didn't exist yet, but all the positive feedback from the online community motivated her to start talking to publishers. Three years later, her book is close to hitting the shelves: It comes out in October but is available for pre-order now.

Shelly recognizes that while some people love the illustrated recipes, others find them confusing.

"It's just another way of slicing information," she says. "There will always people who prefer the original way of doing recipes, and if you're in that camp, then no need to buy this book. I'm not suggesting that the whole world switch over to this format. But I think for people who are into it, if it works for you, then that's awesome." 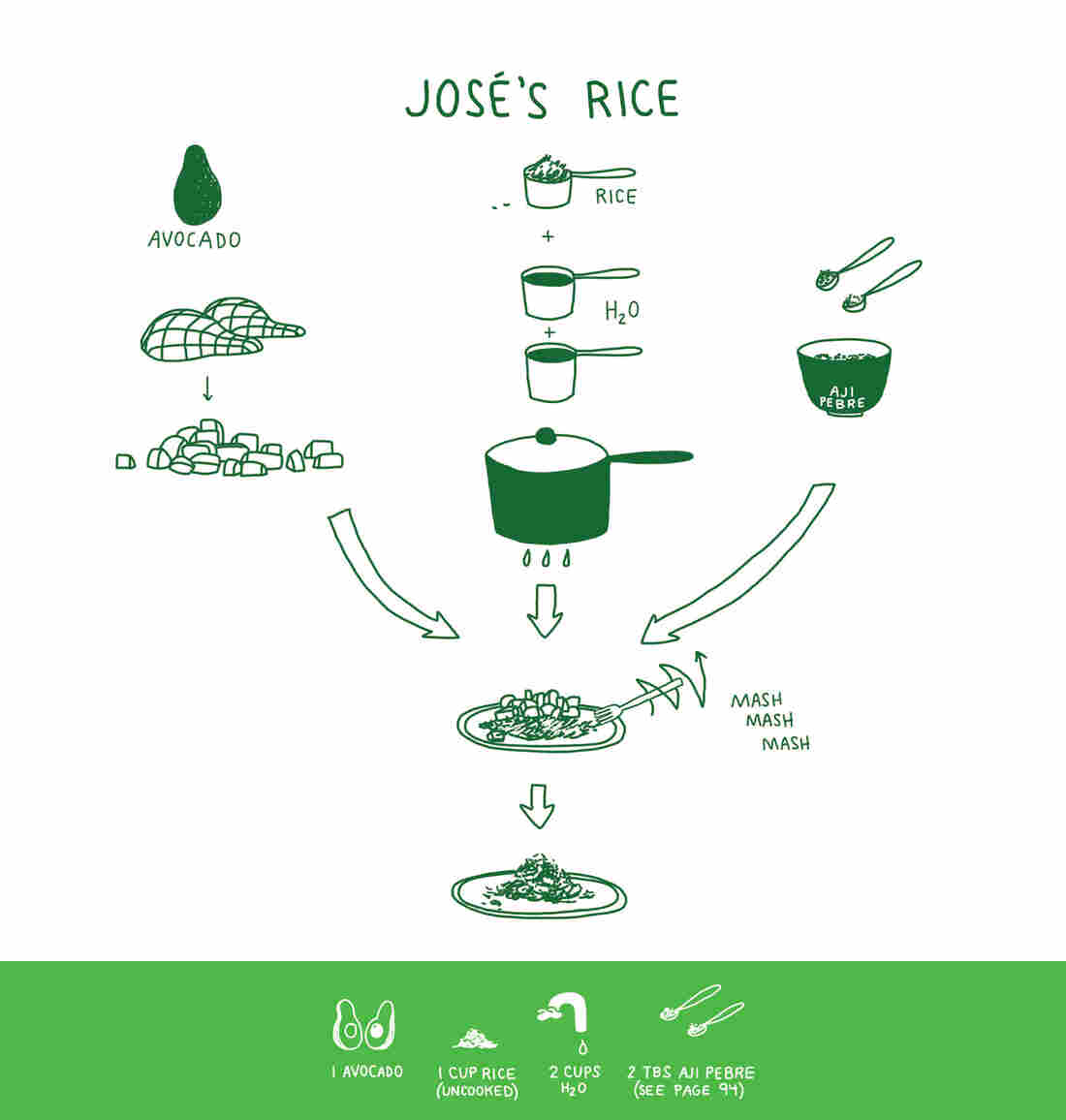