Accessibility links
Nutrition Group Says Chocolate Milk Is OK, No Need For Aspartame : The Salt The nation's largest group of nutritionists is urging the FDA to reject the dairy industry's petition to change the definition of milk. The petition aims to allow aspartame or other alternatives to be used to sweeten milk in an effort to boost consumption in schools. 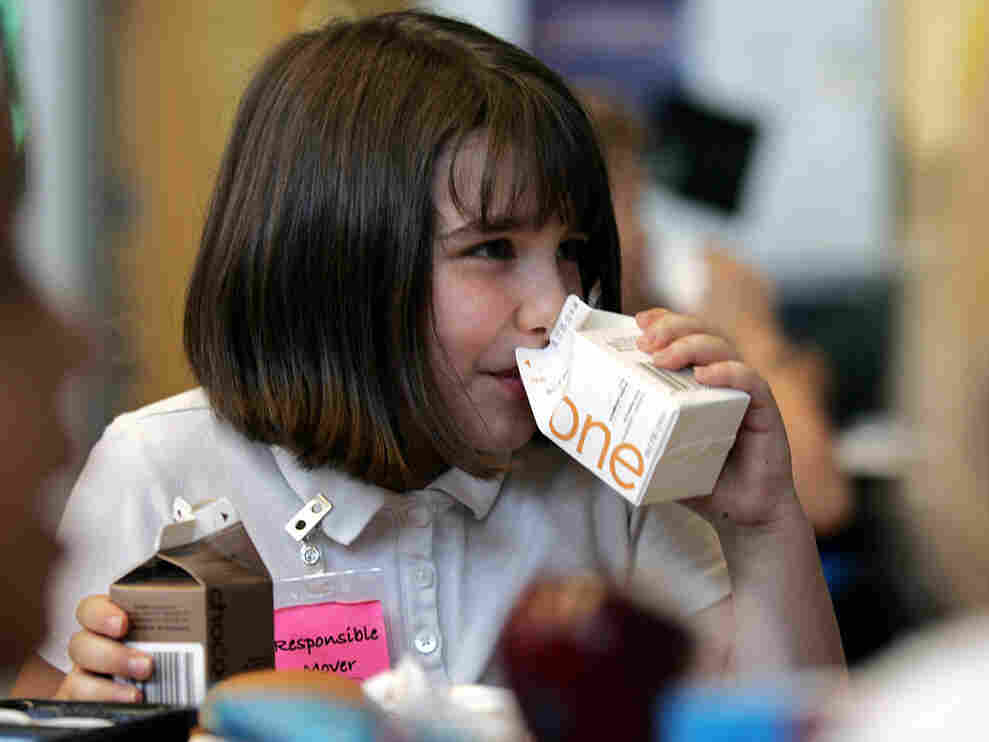 Morgan Barnett, 7, drinks from containers of 1 percent milk and chocolate milk during lunch at a school in St. Paul, Minn., in 2006. Eric Miller/AP hide caption 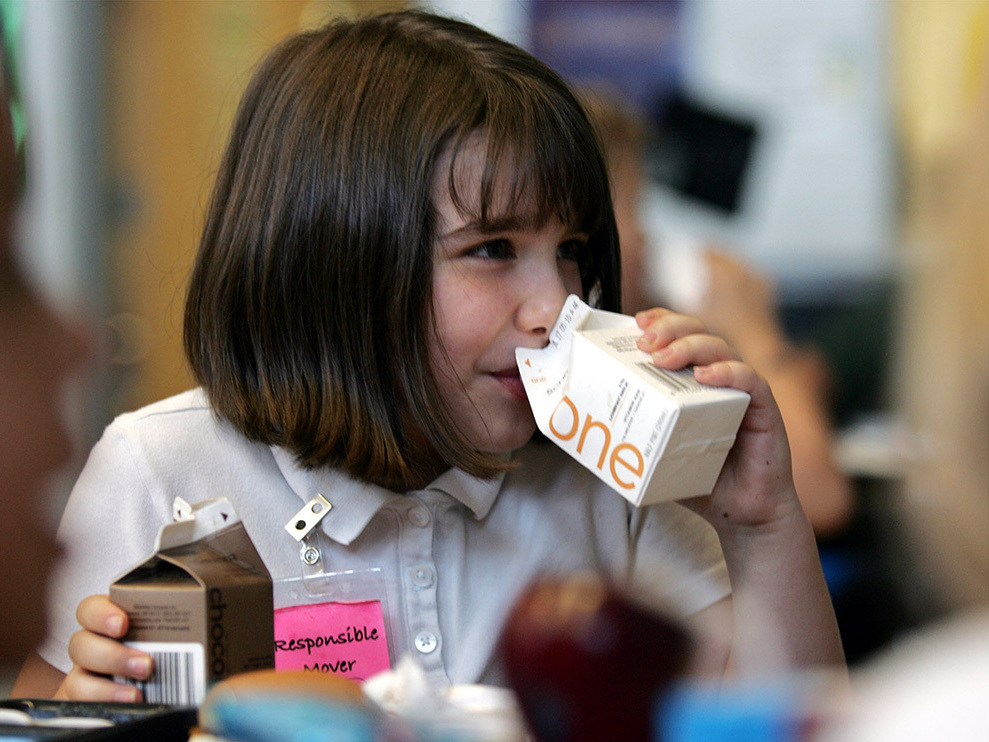 Morgan Barnett, 7, drinks from containers of 1 percent milk and chocolate milk during lunch at a school in St. Paul, Minn., in 2006.

A controversial petition by the dairy industry to allow milk sweetened with aspartame or other alternative sweeteners to be labeled on the front of the carton simply as MILK is drawing criticism from the nation's leading group of nutritionists.

The Academy of Nutrition and Dietetics is urging the FDA to reject the petition, which we first told you about in March.

"The Academy's recommendation to deny the petition is not based on the safety of artificial sweeteners," writes Ethan Bergman, the group's president, in a release explaining its opposition.

So what's the academy's rationale? Well, as we previously reported, the petition is aimed at boosting consumption in schools, where many kids have decided that milk is not their drink of choice. Given the options of water, juice or milk, milk is losing out.

Studies show that offering flavored milk such as chocolate or strawberry turns more kids on to milk, but critics have pointed to the extra sugar as a drawback.

In an effort to get around the sugar problem, the dairy industry has petitioned to change what's known as the "standard of identity" of milk, which is basically the definition of milk, allowing aspartame or alternatives such as stevia to be used to sweeten the milk.

So what's the academy's beef with the petition? Well, it goes back to the assertion that the dairy industry makes in its petition that the change (allowing no or low-calorie sweeteners in milk) could promote healthful eating and help reduce childhood obesity.

Not necessarily, says the academy.

"Flavored milk is not a major source of added sugar in children's diets," says Bergman.

The academy points to studies, including this one, that show that school-age kids who drink flavored (chocolate and strawberry) milk meet more of their nutrient needs and don't consume more added sugar, fat or calories. These kids are also "similar in weight compared to non-milk drinkers," according to a statement released by the academy. In other words, there's no need to try to cut sugar and calories with artificial sweeteners.

And there's criticism among consumers, too.

A petition by the group Sum Of Us, which says the goal of the dairy industry petition is to "turn the wholesome drink [milk] into another artificial flavor-laden sweet snack," has received about 117,000 signatures.