Accessibility links
In Raw Milk Case, Activists See Food Freedom On Trial : The Salt Activists say the case against Wisconsin dairy farmer Vernon Hershberger is about raw milk — and much more. His supporters have turned the case into a rallying cry for personal food freedom and the rights of farmers and consumers to enter into private contracts without government intervention. 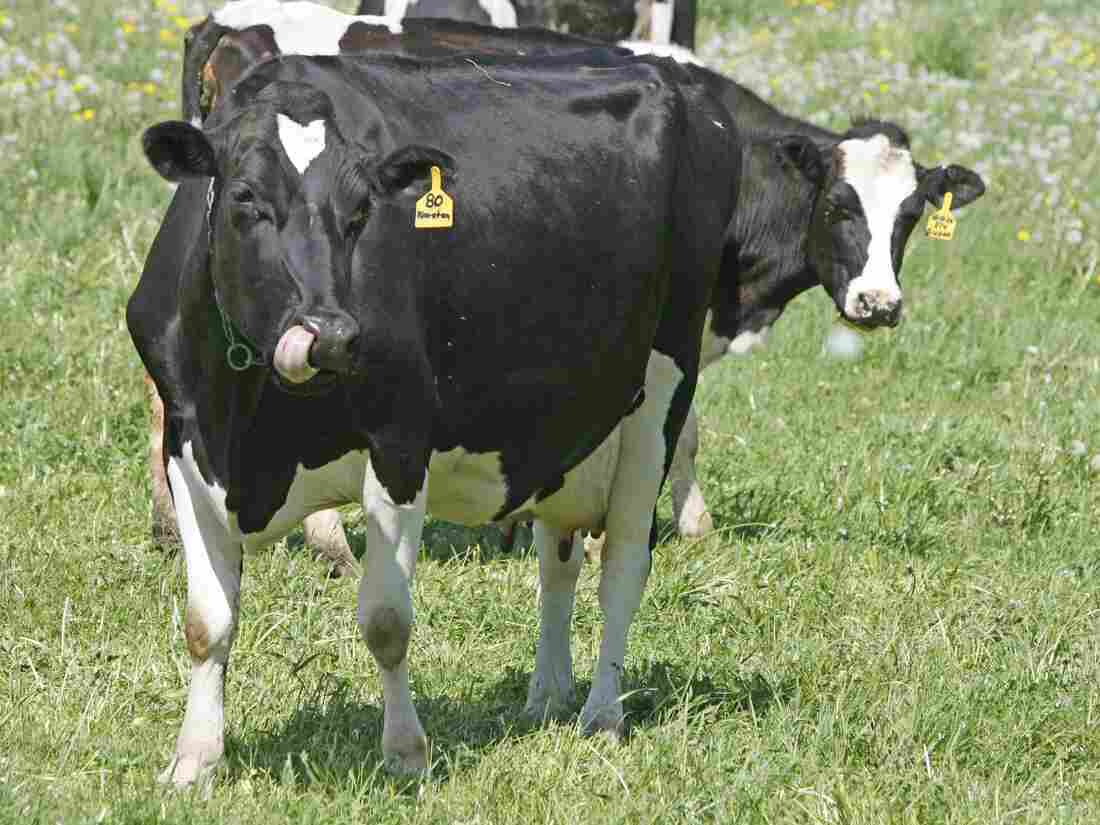 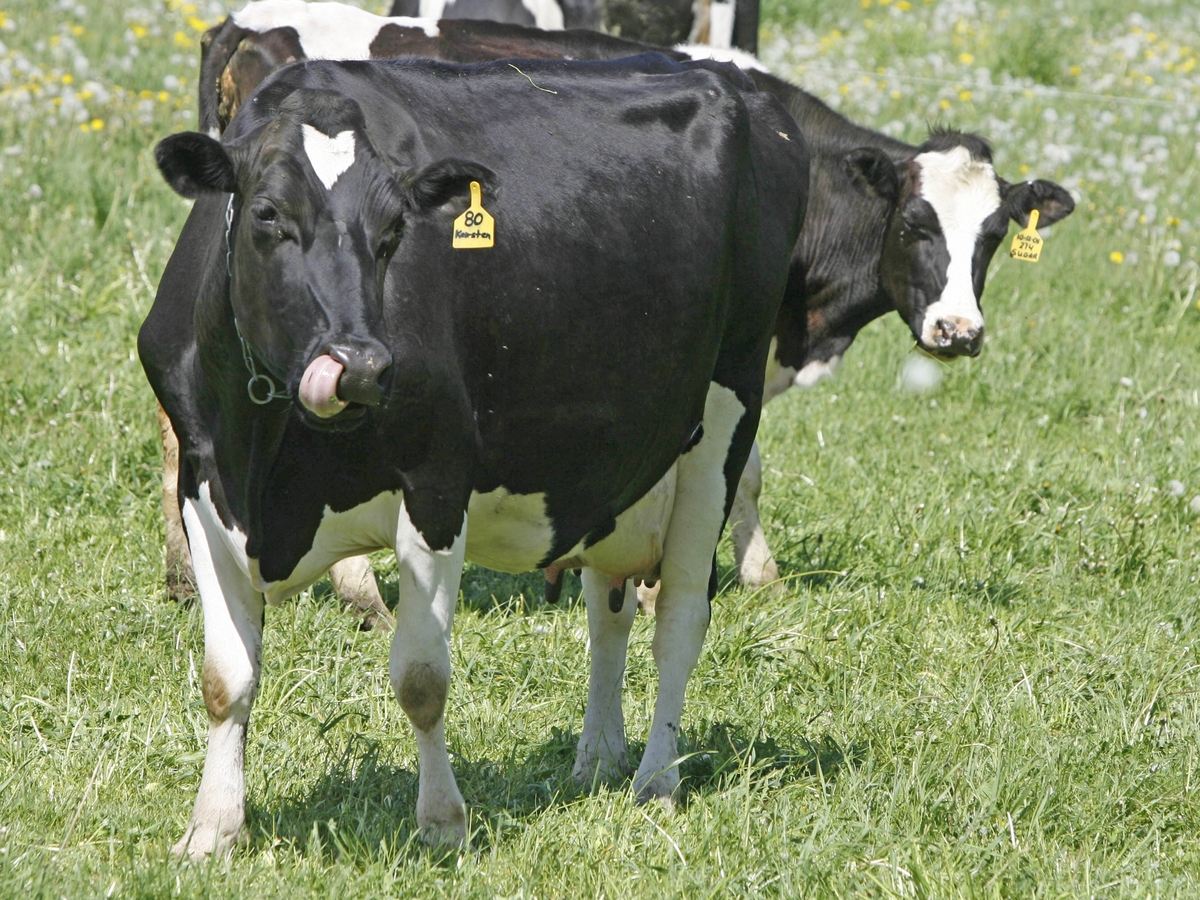 Supporters say Wisconsin farmer Vernon Hershberger's trial isn't just about raw milk: It's also, they say, about the right to get foods from farmers without government intervention.

What is the case against Wisconsin farmer Vernon Hershberger really about? It depends on whom you ask.

To hear the prosecution, it's about licensing, not raw milk: Hershberger, a dairy farmer hailing from the town of Loganville, is on trial this week for operating without three licenses. He's also accused of continuing to sell raw milk to members of his private club after he was ordered not to.

Prosecutors say they aren't debating the safety of raw milk — and the judge in the case has pretty much banned all mention of the stuff in the courtroom. His defense team tells us that one trial spectator wearing a T-shirt expressing support for raw milk had to turn it inside out before he was allowed in the courtroom.

But activists say the case is about raw milk and much, much more.

Fundamentally, they say, it's about personal food freedom and the rights of farmers and consumers to enter into private contracts without government intervention.

"As a mother, I have the right to choose the nutritious foods that I want to feed my son. I don't want the government making that choice for me," says Jen Morrison, a member of Hershberger's Grazin' Acres private food buying club.

In addition to raw milk, she gets beef and poultry raised by Hershberger and his family. In return, she pays a $25 annual membership fee — considered an investment in the farm — plus the cost for each product she buys (such as a gallon of raw milk). Occasionally, her family volunteers on the farm.

Across the nation, private food clubs, where members claim an ownership stake in the farm, have become a popular way to skirt laws that limit or bar sales of raw milk. (The Food and Drug Administration bars the interstate sale of raw milk, but laws regulating intrastate sales vary from state to state.)

Club members argue that if you own a stake in the farm, then you're not technically buying or selling raw milk. But regulators aren't buying it: From California to Minnesota, prosecutors have cracked down on private food clubs selling raw milk. 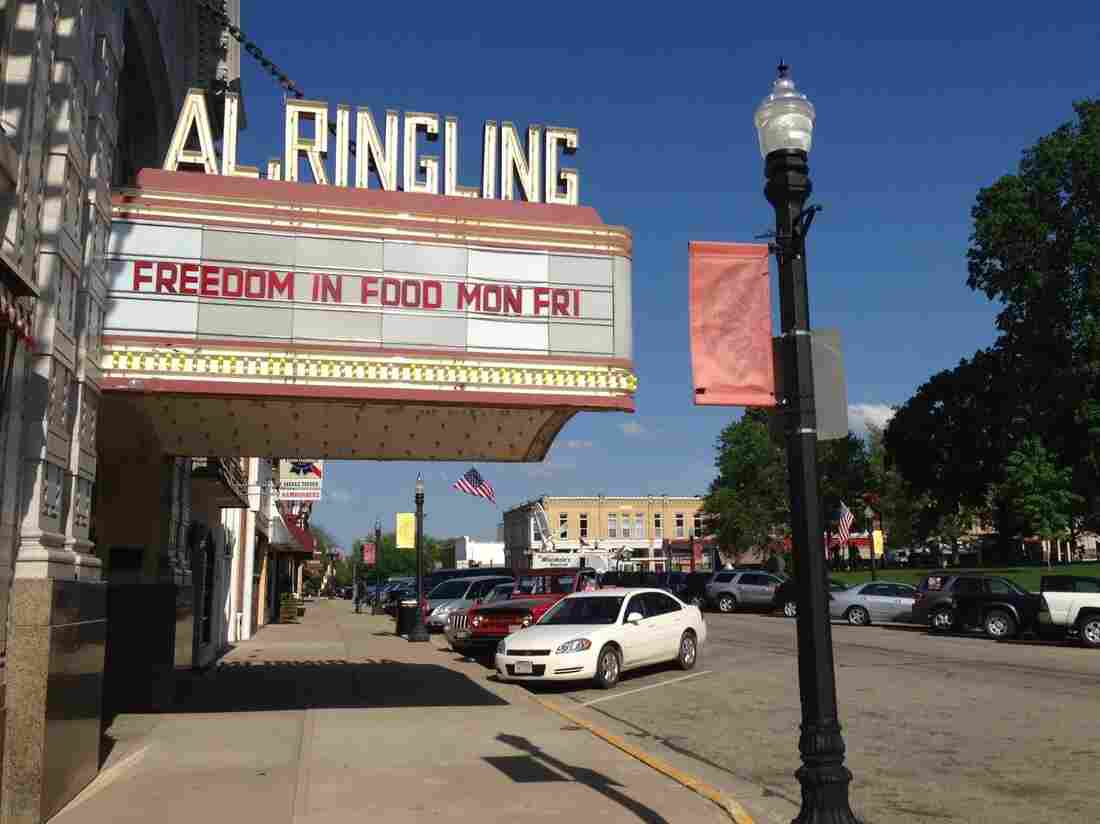 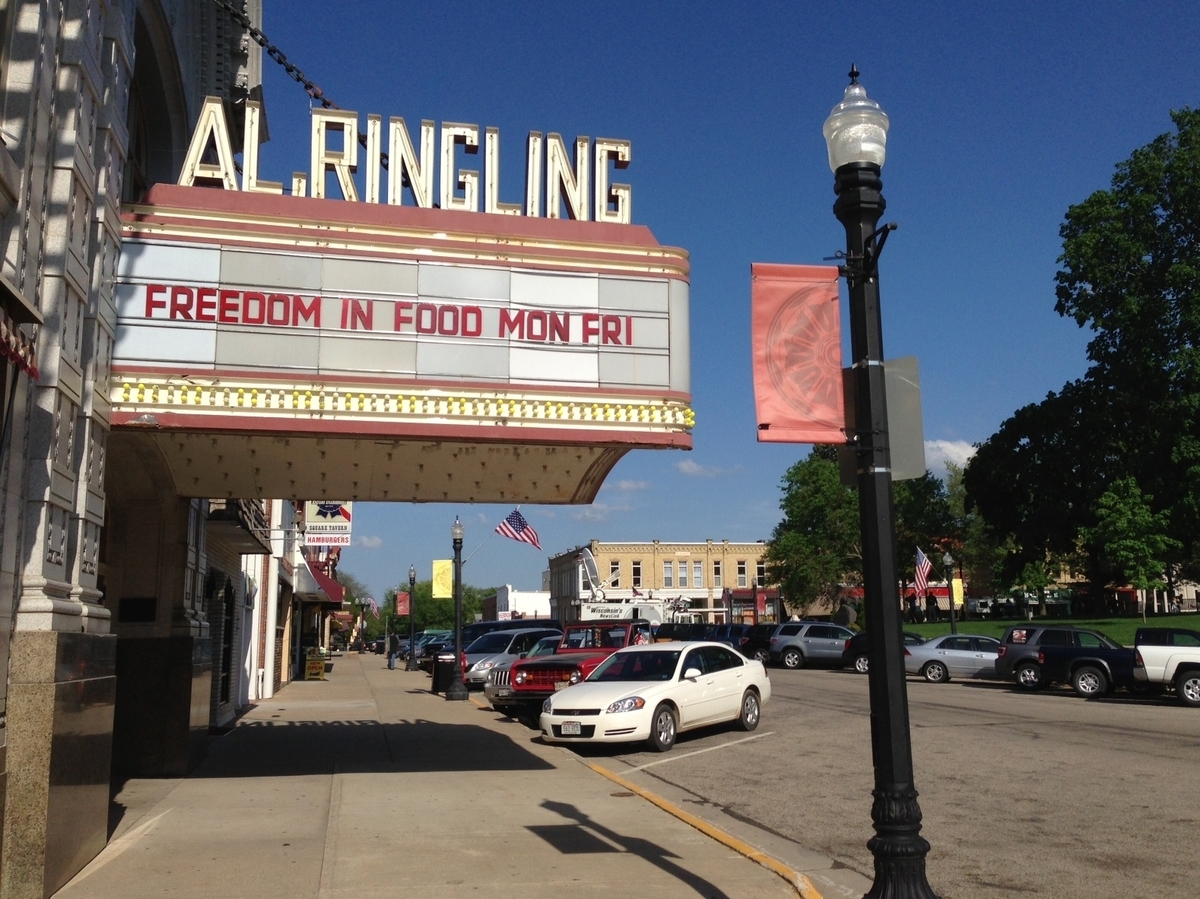 Activists supporting Hershberger have set up camp across the street from the Sauk County courthouse, in the Al Ringling Theatre.

Some food activists see these cases as an assault on all private contracts between farmers and consumers — which is why Hershberger's case has become a rallying point for the dozens of activists from around the country who've shown up in Baraboo, Wis., for the trial. They've set up camp across the street from the courthouse — in the Al Ringling Theatre, no less — where they're hosting a week of "Grow Your Own Food Freedom" events.

"I'm concerned that producers of other commodities — not just raw milk, but eggs, meat and produce — will start to put burdensome regulations on farmers markets," says Wisconsin Raw Milk Association board member Margo Redmond, who has been at the trial.

But such fears are misplaced, says Susan Schneider, director of the postgraduate degree program in agricultural and food law at the University of Arkansas.

Raw milk has special status under the law, says Schneider, because of the serious public health risks involved. Though raw milk aficionados believe their drink of choice has extra nutritional benefits when consumed fresh from the cow, the FDA says pasteurization is needed to kill microbes that may linger in the milk. Between 1998 and 2011, the CDC says it received reports of 148 outbreaks of foodborne illness linked to raw milk; in many cases, those sickened were kids.

"I really think that this case is about raw milk," Schneider says, "but even more specifically, it's about the right of the state to have some basic public health licensing requirements for food that is recognized as having some potential health problem." And that right, she says, is a pretty well-established legal principle.

Neil Hamilton, director of the Agricultural Law Center at Drake University in Des Moines, Iowa, agrees. Just because regulators are cracking down on raw milk buying clubs, he says, doesn't mean that other ventures that allow consumers to buy food directly from farmers — such as community-supported agriculture, for example — are in jeopardy. Unlike CSAs, he notes, raw milk buying clubs were devised "as a way to dodge or avoid food safety regulations."

No one has gotten sick from drinking Hershberger's raw milk, notes Pete Kennedy, president of the Farm-to-Consumer Legal Defense Fund, which is representing the farmer in the case. So if no one's being harmed, he says, shouldn't consenting adults be allowed to make a private agreement about the foods they want to consume? "Do they have the right," Kennedy asks, "to be left alone?"

Nope, that's not the way the law works, says Hamilton. You can consent to whatever you want, he says, but it still "has to be legal."

With additional reporting in Baraboo, Wis., by Maureen McCollum of Wisconsin Public Radio.