Accessibility links
Canned Peaches Are As Nutritious As Fresh. Really? : The Salt What's more, when it comes to some nutrients, like vitamin C, canned peaches pack an even bigger punch than fresh, researchers say. The reasons have to do with how the canning process alters the fruit's cell walls. So eat 'em up!

Canned Peaches Are As Nutritious As Fresh. Really?

Canned Peaches Are As Nutritious As Fresh. Really? 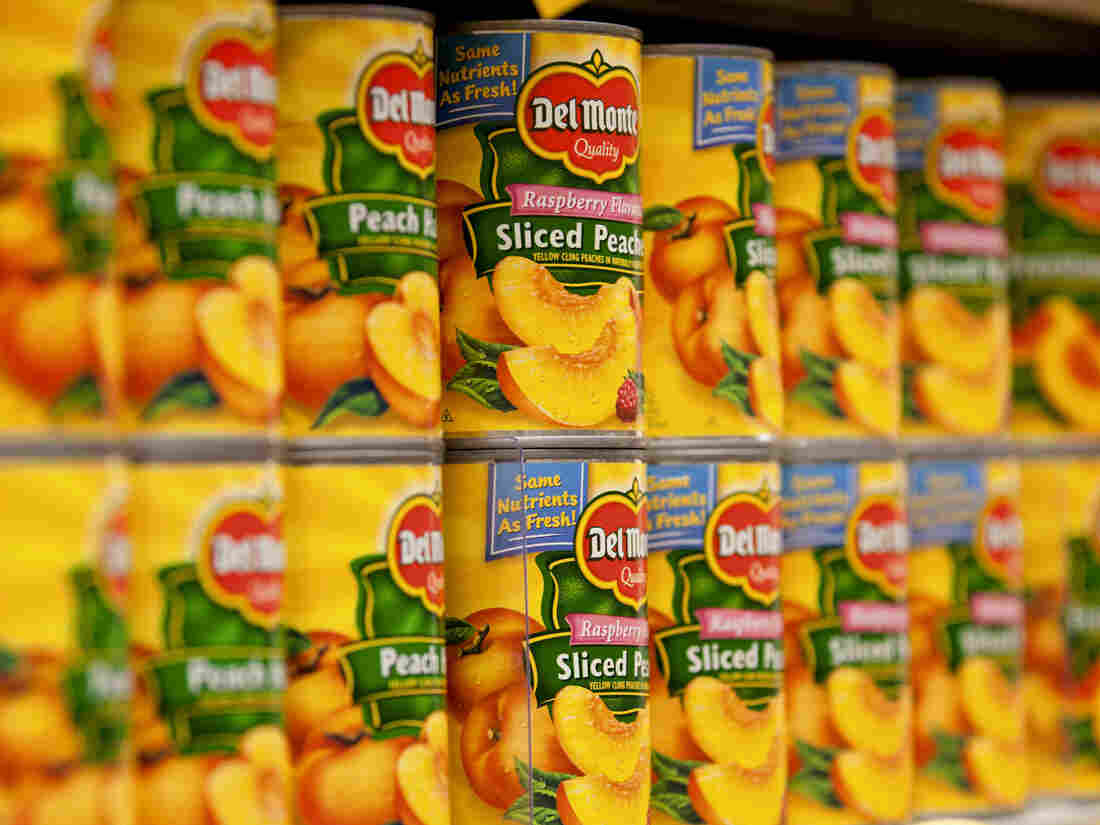 Canned peaches can pack as many, or in some cases, more nutrients than fresh ones, research suggests. But be sure to skip the added syrup. Matthew Staver/Bloomberg via Getty Images hide caption

I know, I know — I was incredulous, too.

But a new study published in the Journal of the Science of Food and Agriculture finds that canned peaches (yes, from the grocery store canned aisle) are as loaded with nutrients as fresh peaches. And in some cases, they pack more of a nutritional punch.

Take for instance, vitamin C: Researchers found almost four times more of it in canned than fresh peaches. In addition, canned had comparable levels of vitamin E and a lot more folate than fresh.

What explains this? The reasons some of these nutrients are higher, says Christine Bruhn, a food scientist at the University of California, Davis, is that the "canning process opens the cell walls of the fruit's flesh, and it makes nutrients such as vitamin A more readily available to our body." She says it's the same reason there tends to be higher levels of lycopene in tomato sauce compared with fresh tomatoes.

Now, it may be true that opening a tin can of fruit doesn't come close to the experience of picking up a fresh peach from a farm stand. I can still recall childhood memories of peach juice dripping down my arm as I devoured the taste of summer.

But let's be real. The peach season is short. And fresh fruit can be expensive, not to mention dry or tasteless when it's not ripe.

So if home-canning isn't your thing, it may be worth giving canned peaches another try. As the California Cling Peach Board points out, they're picked and packed at the peak of freshness. Just be sure to buy peaches packed in their own juice, not in syrup, to avoid added sugar.

The study was partially funded by the California cling peach industry (that's the type of peach used in canned peaches), and the industry is not going to be shy about sharing the findings.

But be assured, says researcher Bob Durst of Oregon State University's Linus Pauling Institute, the lead author of the research: The peach growers had no say in how the test was carried out. "The experimental design was our own," Durst told me by phone.

It's actually fairly common these days for industries to provide funding for studies carried out independently by university researchers.

And to guard against something scientists call publication bias — it's a well-known fact that favorable or positive findings are published at higher rates than negative findings — Durst says he made an agreement.

"The agreement was that whatever the results were, we would publish what we found," Durst says.

And one more thing: Cobbler season is coming up.

Will baking these peaches into cobbler decrease nutrients such as vitamin C? It depends. The heat of cooking can inactivate enzymes that degrade nutrient content. So, in this regard, heat is a plus. But on the other hand, cooking also exposes the fruit to oxygen, which can destroy the nutrients. Durst says he'd have to actually test a cobbler to know for sure.

Bottom line: When it comes to peaches, whether they're fresh, frozen or canned, "all these products contribute to a healthy diet," says Bruhn, who was not a researcher on the study.