Accessibility links
Inside A Tart Cherry Revival: 'Somebody Needs To Do This!' : The Salt The revival is partly based on the humble sour fruit's growing reputation as a superfood. And in Michigan, a scientist is on a quest to introduce a whole new world of hardier, tastier tart cherries by breeding American trees with ancestral varieties from Eastern Europe. 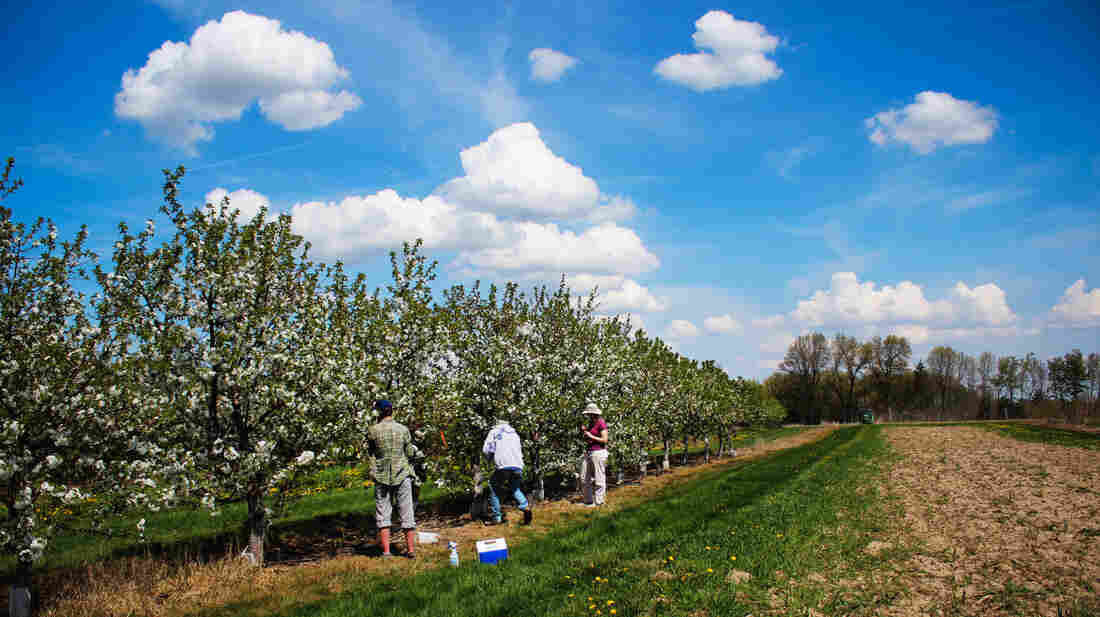 Some fruits, like apples, you can find anywhere. But others have gotten a little bit lost in today's global food business.

Take tart cherries, also known as sour cherries. Unlike sweet cherries, America's tart cherries are too fragile to ship very far, so most people never get to taste a fresh one.

They're typically frozen, then baked into that iconic American dessert, the cherry pie — and cherry pies aren't as popular as they used to be.

Yet the humble sour cherry is experiencing an unlikely renaissance — and the best may be yet to come.

The revival is partly based on the fruit's growing reputation as a nutrient-packed superfood. There are studies — many paid for, it must be noted, by the Cherry Marketing Institute — showing that this delicacy, with its addictive counterpoint of tangy and sour, can help reduce insomnia, or pain in joints and muscles.

Mitchell Seymour, a researcher at the University of Michigan Medical School, fed tart cherries to rats. "We saw significant reductions in things like inflammation in the animals. We saw some improved insulin resistance," he says.

"I think it's exciting!" Seymour continues. "I think it's a good product, and it's nice to know that a majority of that product is produced in my home state of Michigan."

In fact, the western edge of his home state, along the shores of Lake Michigan, grows about three-quarters of the country's supply of tart cherries. 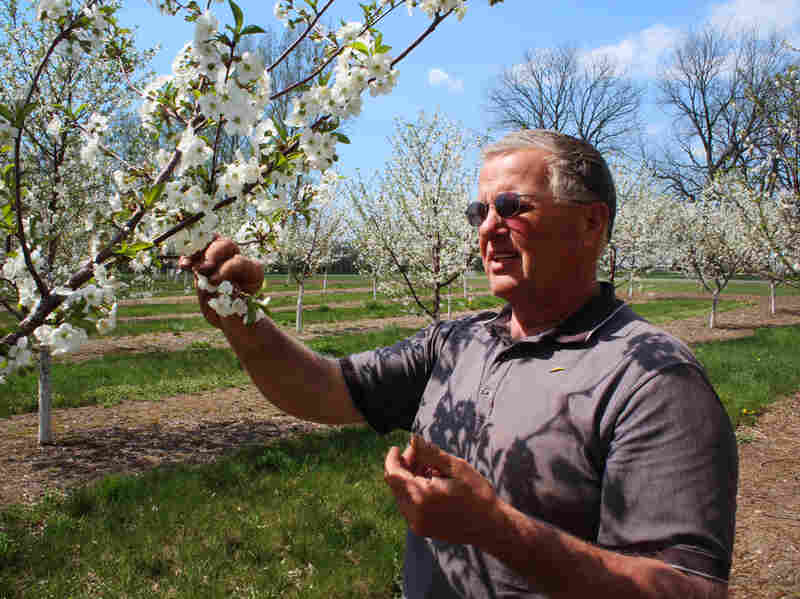 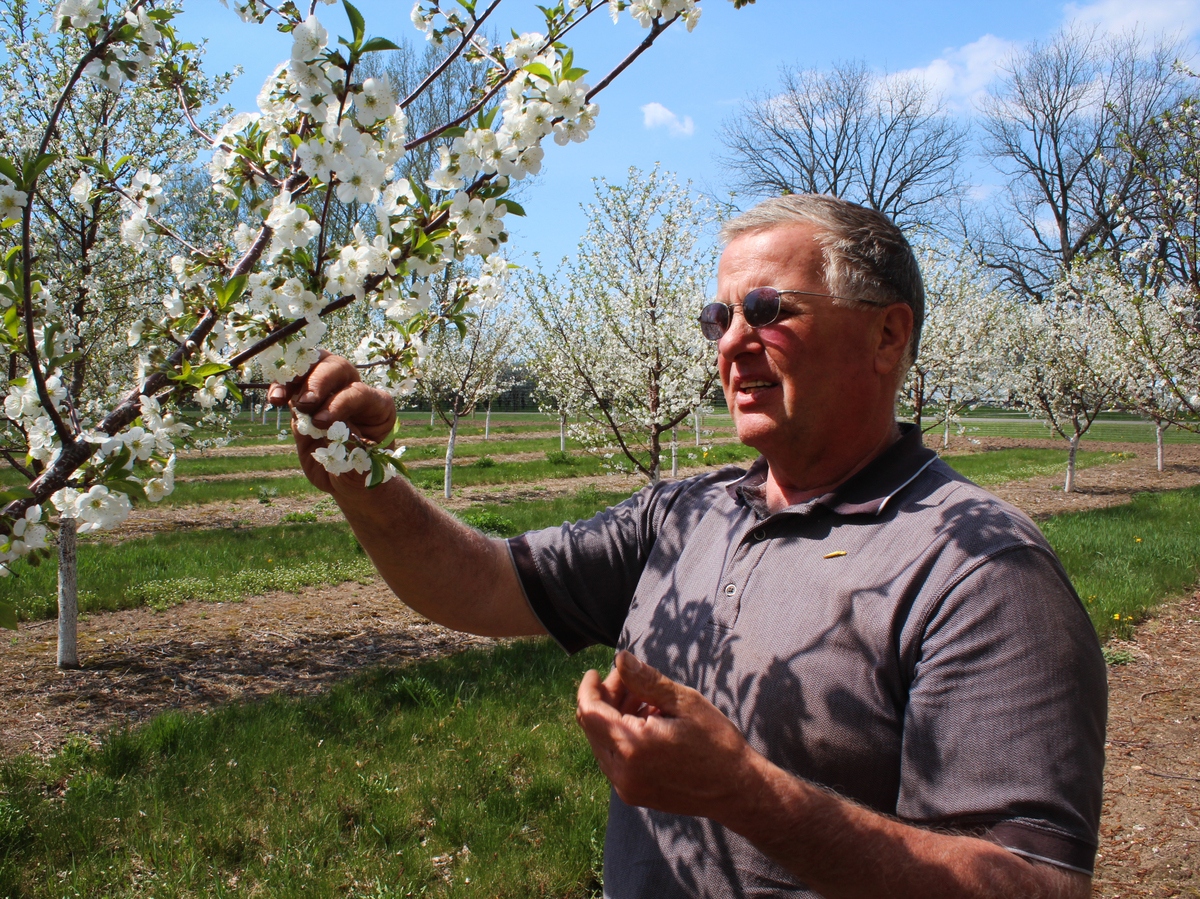 They do, at least, in a good year. But last year was a disaster, perhaps the worst in memory. An early spring caused the trees to blossom, and then, on March 23, a blast of cold air arrived.

Mike Van Agtmael, a cherry farmer in the town of Hart, stayed up all night, watching the thermometer. "It got to about 3:30 a.m., and the temperature started dropping. It didn't matter what we did, it just kept dropping and dropping," he says.

The blossoms froze. The crop was ruined.

Now, there's a reason why all those trees bloomed and froze in unison. The vast majority of tart cherry trees in the U.S. are genetically identical.

But they don't have to be. And this is where we get to the second part of the tart cherry renaissance.

In the tart cherry's ancestral homeland of Eastern Europe, there's a world of cherry diversity. It could help avoid weather disasters like the freeze of 2012, and it could also bring a wealth of new tart cherry flavors to the United States.

One scientist, Amy Iezzoni of Michigan State University, is bringing some of that diversity to the United States.

Iezzoni is the country's one and only tart cherry breeder, and she's passionate about her mission. "Somebody needs to do this!" she exclaims at one point, as she shows me around her orchard.

On this day, she's in a hurry. Her tart cherry trees are blooming, ready for pollination.

When she took this job in 1981, she barely knew where to start. The only tart cherry trees she could find were from America's standard commercial variety, called Montmorency.

But a cherry breeder needs different kinds of cherry trees to make genetic crosses, carefully fertilizing the flowers of one tree with pollen from another, reshuffling genes and creating new combinations. 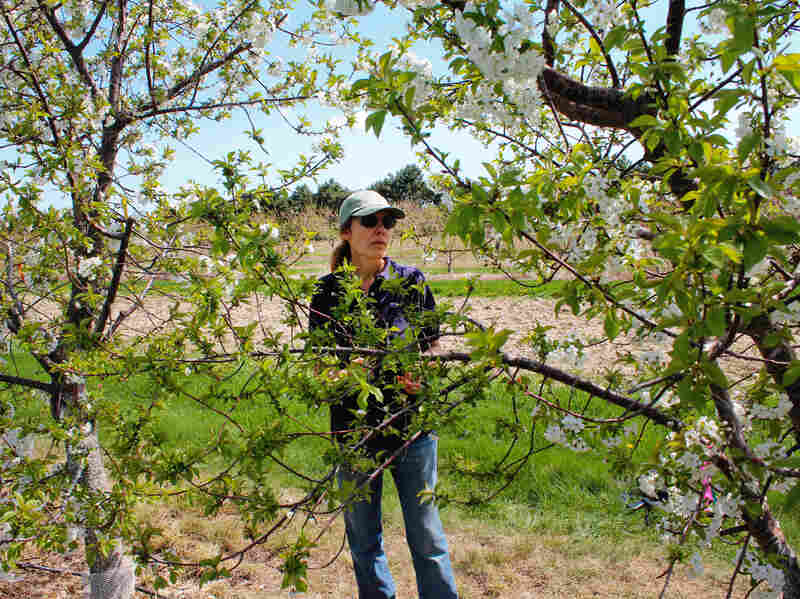 Amy Iezzoni, a fruit breeder at Michigan State University, traveled to Eastern Europe and the countries of the former Soviet Union to collect many different types of cherry trees. Dan Charles/NPR hide caption 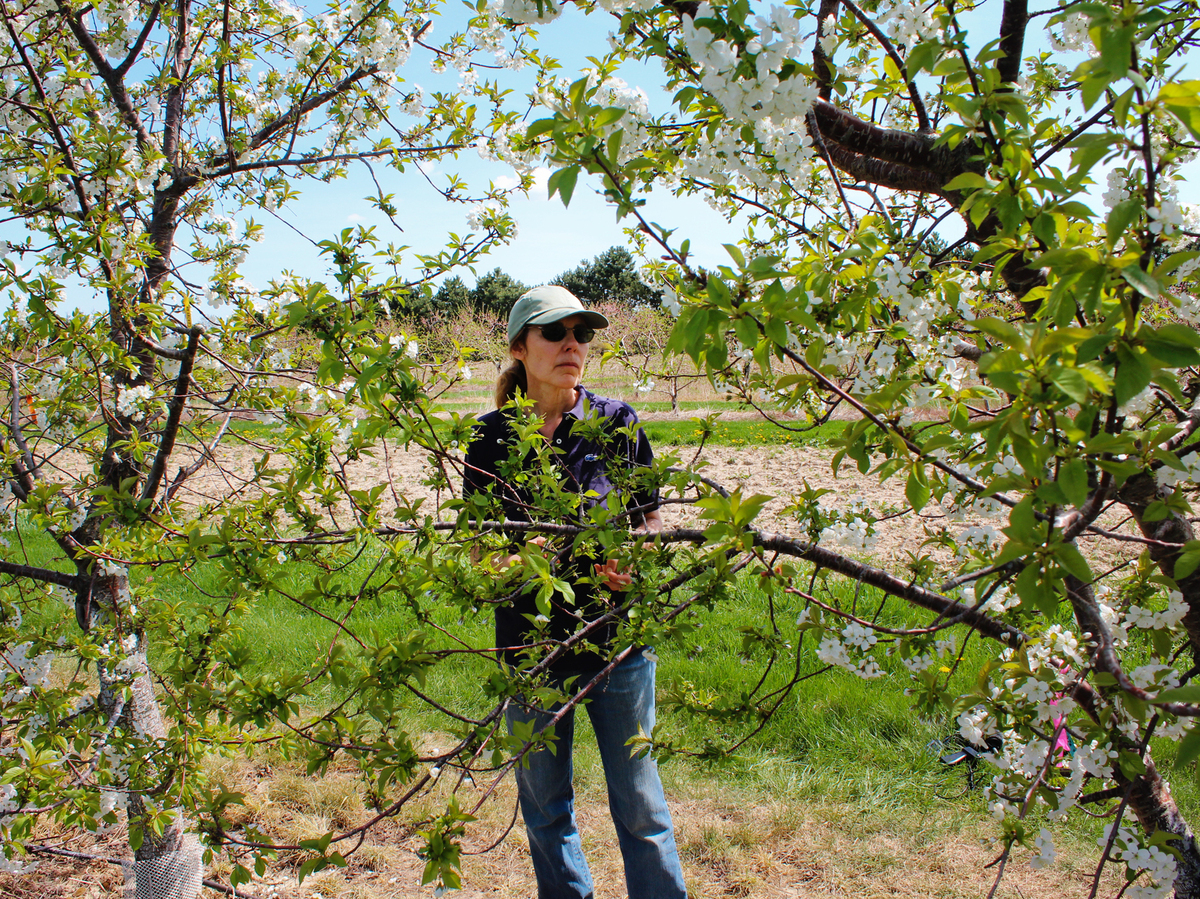 Amy Iezzoni, a fruit breeder at Michigan State University, traveled to Eastern Europe and the countries of the former Soviet Union to collect many different types of cherry trees.

A plant breeder with just one variety is like a painter with only one color.

This was during the Cold War; an iron curtain stood between her and those tart cherry varieties.

But Iezzoni got official permission to cross through it, and she followed the tart cherry bloom northward across Europe, from Yugoslavia to Poland. She collected pollen all the way, and brought it back to fertilize blossoms in Michigan.

Along the way, she also got a taste of a whole different tart cherry culture. In Hungary, for instance, sour cherry trees line village streets. "Their tart cherries are so good, they eat them fresh. I have actually seen in Hungary the price of tart cherries higher than sweet cherries," Iezzoni says.

There are short bushes and tall trees. Perhaps most interesting: There are trees that weren't bothered by last spring's late freeze. Iezzoni points to one, named Tamaris, which she got from a research institute in Michurinsk, Russia.

Last year, being a late bloomer was a huge advantage. This tree didn't bloom, along with the others, during that warm spell, so there were no blossoms to freeze when the cold air blew through. It bloomed later, and produced its normal crop of cherries.

Now, those cherries aren't very good, so Iezzoni is doing more cross-pollinating, mating this tree with others that do make nice cherries, collecting the seeds, and planting that next generation.

Right now, she's waiting anxiously to collect pollen from some of that next generation — especially the little trees that are blooming really late.

What she hopes to create, eventually, is a late-blooming tart cherry tree that yields a big crop of great-tasting cherries.

It's just a part of her bigger project — introducing more variety into the tart cherry landscape: different types of trees, and flavors, that might even change the image and culture of tart cherries in America.