Accessibility links
This 9-Year-Old Girl Told McDonald's CEO: Stop Tricking Kids : The Salt Over the years, McDonald's has gotten a lot of flack for marketing to kids. At a shareholders meeting Thursday morning, Hannah Robertson, age 9, took the fast-food giant's CEO to task. 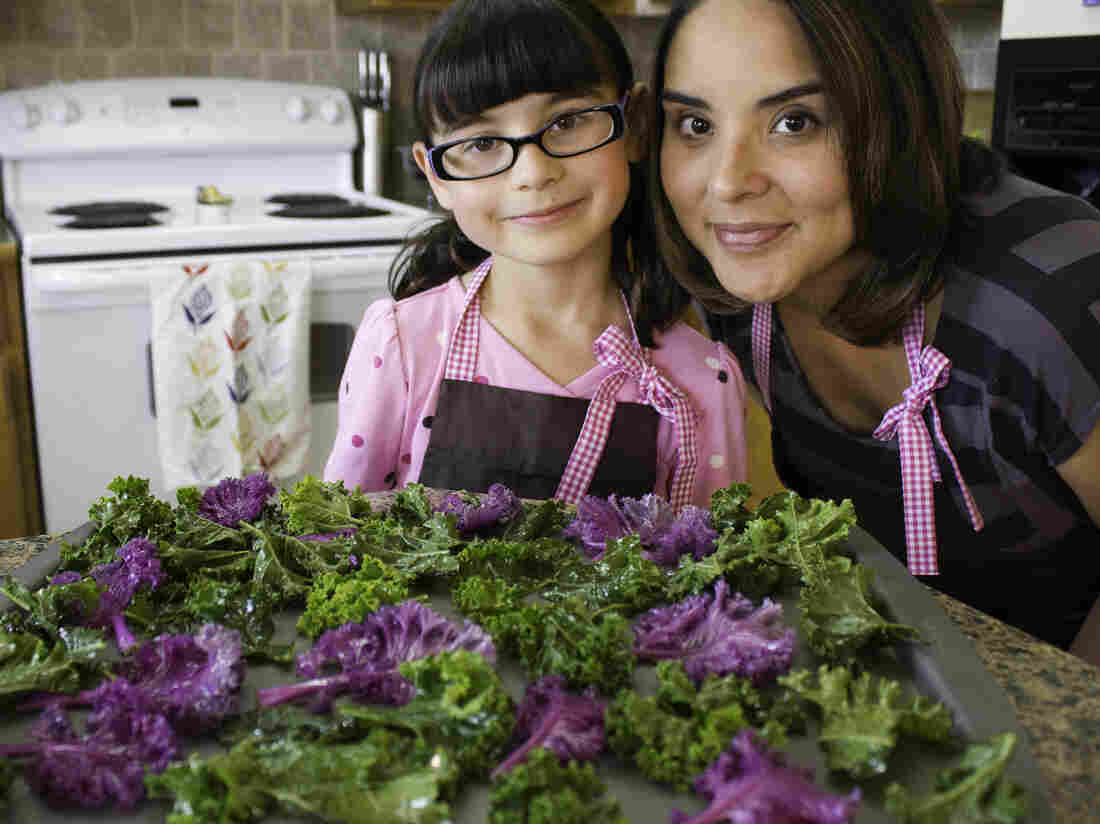 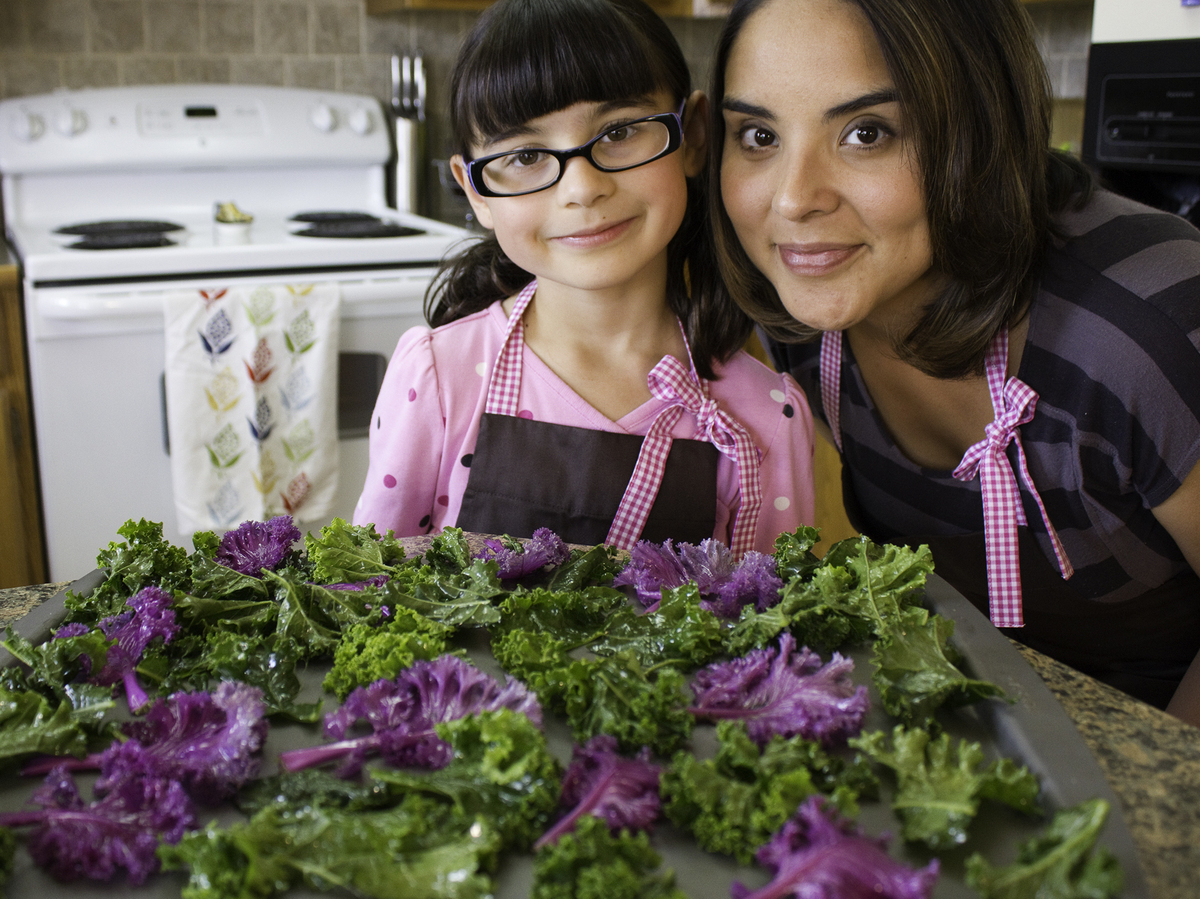 Hannah Robertson, 9, and her mom, blogger Kia Robertson — with the makings for kale chips, of course.

It's not every day that a 9-year-old girl chastises the CEO of one of the world's biggest fast-food chains.

Yet that's exactly what young Hannah Robertson did Thursday morning at McDonald's annual shareholders meeting in Chicago. When the meeting opened up to questions, Hannah was first up at the mic with a pointed criticism.

"It would be nice if you stopped trying to trick kids into wanting to eat your food all the time," she told McDonald's CEO Don Thompson.

Hannah, a native of Kelowna, British Columbia, didn't get to Chicago on her own, of course. She and her mother, Kia Robertson, who blogs about how parents can help kids make healthful food choices, showed up as part of a contingent from the watchdog group Corporate Accountability International.

"We want them to stop their predatory marketing to kids," says Sriram Madhusoodanan, a national campaign organizer with the group.

Corporate Accountability has been pushing McDonald's to change its ways for years. Two years ago, it launched a so far unsuccessful bid urging McDonald's to retire Ronald, its famous clown mascot. Its latest social media campaign involves harnessing the power of mom bloggers like Robertson to tell McDonald's that they're "not lovin'" the company's efforts targeting kids, such as including toys in Happy Meals.

Ironically, as we previously reported on The Salt, mom bloggers are a demographic that McDonald's actively courted as it revamped its Happy Meals — downsizing french fries and adding apples to every meal — in response to pressure from parents and public health officials.

CEO Thompson pointed to those efforts in defending his company's marketing practices. "We sell a lot of fruits and veggies and are trying to sell even more," he said in his reply to Hannah.

But Madhusoodanan wants to see the company do far more. His group put forth a shareholders' proposal to get McDonald's to assess its nutritional initiatives and their impact on childhood obesity, in the face of growing public concern about the health impacts of fast food. It failed, attracting just 6.3 percent of shareholders' votes.

McDonald's same-store sales have been sliding since October. Thompson says he wants to add more healthful items to the menu.

Thompson — who Hannah says called her "brave" in a brief exchange after the meeting — challenged her mother Kia's assertion that McDonald's does an end run around parents. "We're not marketing to schools," he said point blank. "We don't do that."

"We are not the cause of obesity," Thompson said. "We are not marketing unjustly to kids. Ronald is not a bad guy. ... He's about fun." (Unless, of course, you've got a fear of clowns.)

And just as the question period began with a young opponent for Thompson, it wrapped up with another child near the end rushing to the mic in the CEO's defense.

The young boy listed the many ways he thinks McDonald's helps kids. He cited the Ronald McDonald House Charities and events like McCare Nights, in which McDonald's donates a portion of sales at a particular franchise to a school it has partnered with. Schools often urge parents and students to eat at McDonald's on these nights to raise money for school activities. But that sort of soft marketing, says Madhusoodanan, is part of the problem.

"That's exactly," he says, "how they build brand loyalty."