Accessibility links
A Hungarian Cherry Tree's Long Trek To Michigan : The Salt Hungary loves its sour cherries the way some countries love their wines. And after World War II, Hungarian scientists scoured the country to find the tree with the tastiest fruit. Thanks to a passionate scientist, this tree, the Balaton, made its way stateside. 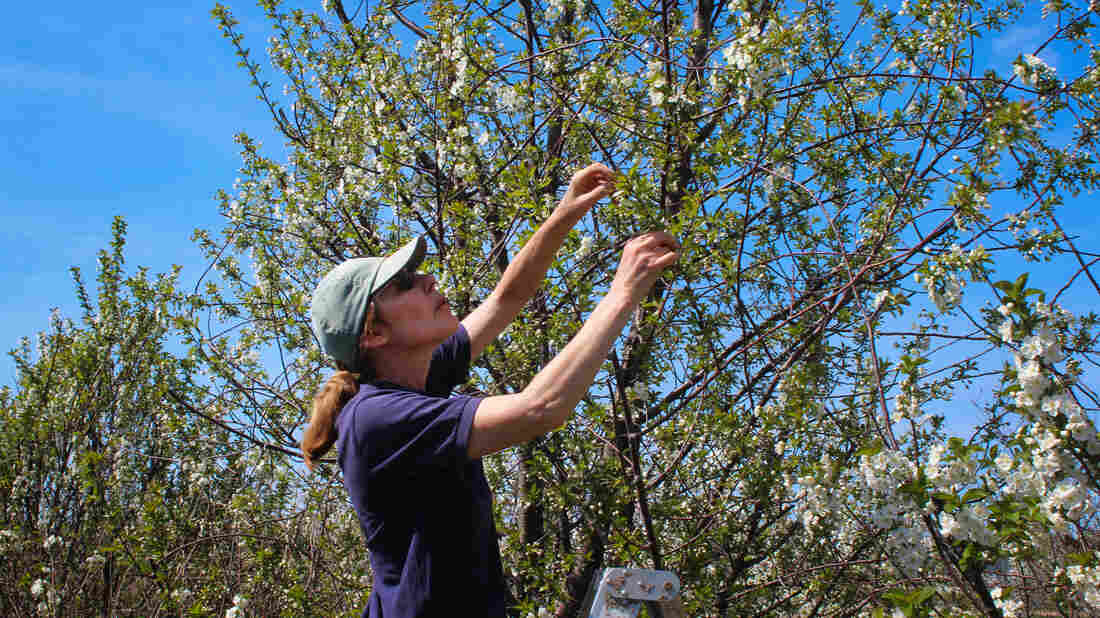 Once upon a time, there was a small Hungarian village that was very proud of its sour cherries. The village was called Újfehértó. As in many Hungarian villages, tall cherry trees lined the streets and provided welcome shade in the summertime.

When communism came to Hungary after World War II, the government introduced big collective farms, and Hungarian scientists had to decide which cherries the farms should grow.

"They hired some breeders to go around to all the villages and collect varieties," says Amy Iezzoni, a cherry breeder at Michigan State University. "They planted them in a common garden, and they would pick the best [varieties]. Those would go to these big cooperative farms."

Újfehértó's trees won this beauty contest. Hungarian fruit experts gave them a name — Újfehértói Fürtös, which means "Bunched of Újfehértó" — and distributed cuttings to orchards across the country. It became Hungary's most widely planted type of sour cherry — and we should tell you, the people of Eastern Europe are passionate about sour cherries. 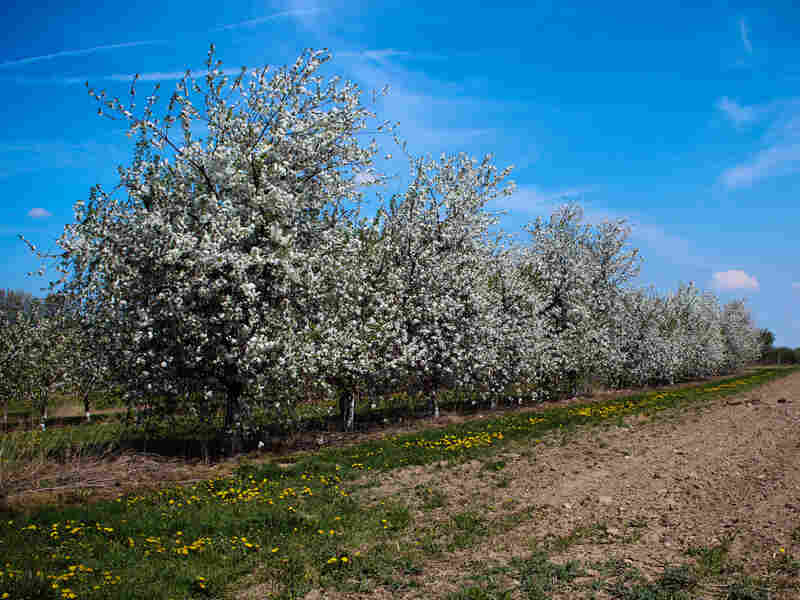 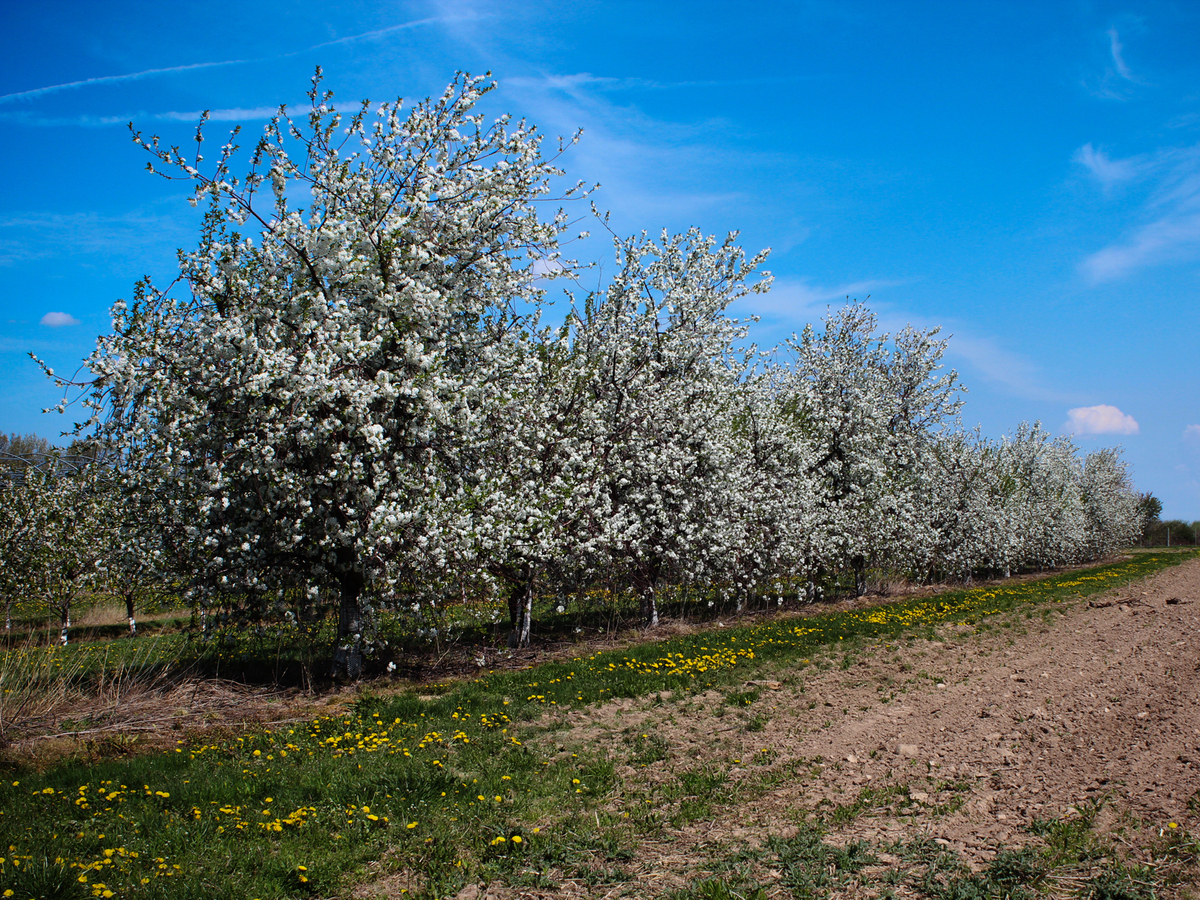 "They have cherry compote tastings, just like we have wine tastings," says Iezzoni.

This Hungarian cherry is different from America's dominant sour cherry, a variety called Montmorency. The fruit of Újfehértói Fürtös is firmer, more suited to picking by hand and eating fresh. The flesh is red, as well as the skin. (Montmorency cherries have red skin, but the flesh is clear.)

One day in the early 1980s, Iezzoni arrived in Hungary and saw Újfehértói Fürtös for the first time. She was on a voyage of sour cherry discovery, collecting pollen and cuttings from orchards and scientific research institutes. As I described in a story last week, she's using some of these collections in her breeding program, hoping to create, for instance, new varieties that bloom later, so that they're less vulnerable to Michigan's occasional late spring freeze.

But Iezzoni also wondered if Americans could "become familiar with a totally different kind of cherry." So she hatched a plan to introduce this particular Hungarian variety into the United States.

"I asked the Hungarians what we should name it; Újfehértói Fürtös doesn't work," says Iezzoni, laughing. They wanted a name with some link to Hungary.

"Well, if you look at a Hungarian map, about the only thing an American can pronounce is Lake Balaton," Iezzoni continues. "So we named it after Lake Balaton." (Lake Balaton, by the way, is nowhere near the village of Újfehértó; the lake lies in the western corner of Hungary; the village is far to the east, near Ukraine and Romania.)

Michigan State University and scientific institutes in Hungary jointly released the Balaton variety in 1998. It seems to be doing well.

Many Michigan cherry farmers are growing it, and in summer, you can find Balaton cherries at farmers markets across Michigan. Trees are available for sale from half a dozen commercial nurseries.

For every Balaton tree that's sold, a royalty payment goes back to Hungary. It's split between the Enterprise for Fruit Growing, in the city of Érd, and the Fruit Station back at the cherry's home, in Újfehértó.