Accessibility links
Pot Brownies Should Be Childproofed, Doctors Say : The Salt Unlike drugs that come in bottles, pot cookies and other marijuana edibles don't come in child-resistant packaging. But in Colorado, which legalized medical marijuana in 2000, doctors say they should, since kids are unintentionally ingesting adults' doped-up treats. 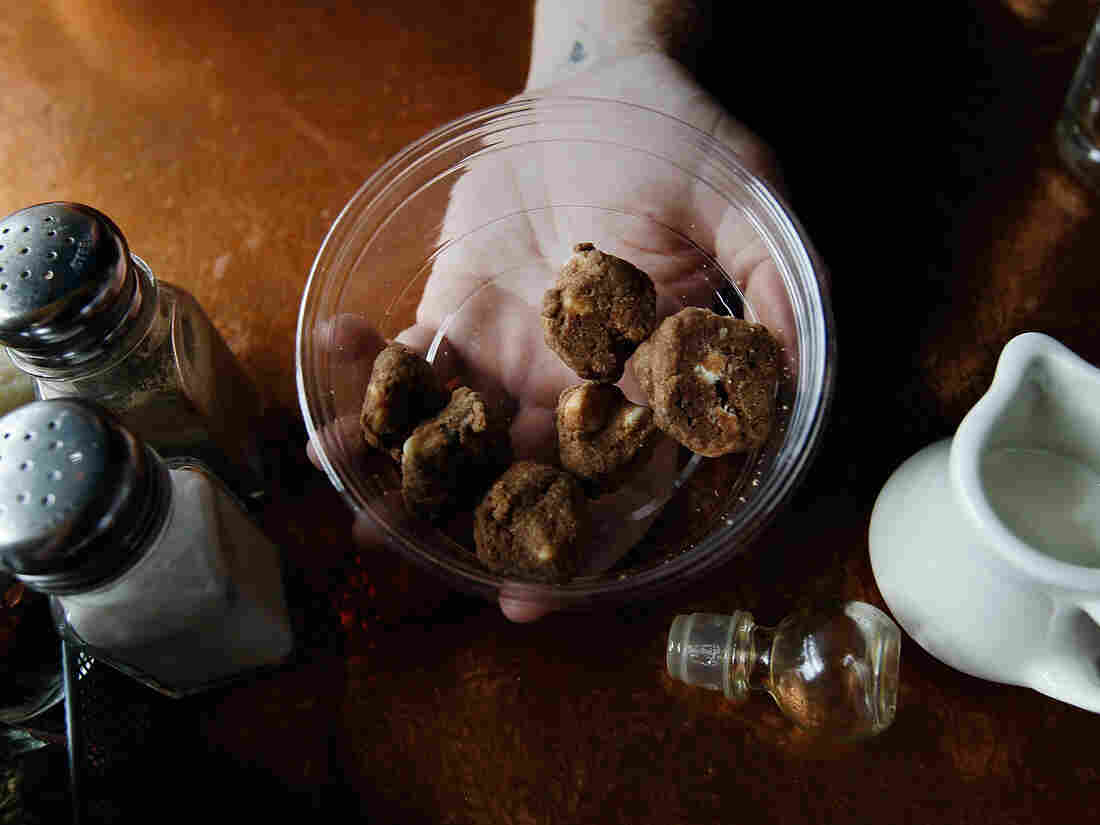 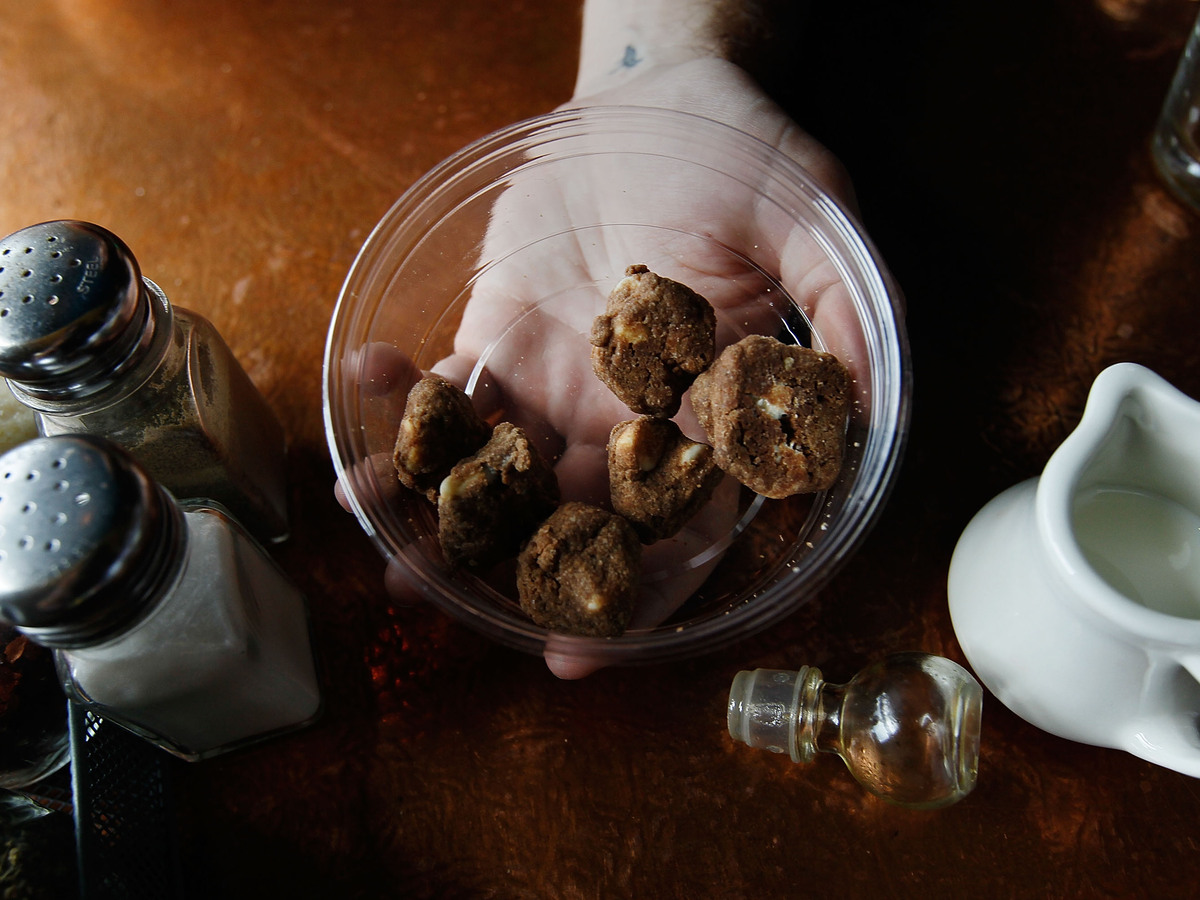 Marijuana-infused cookies at a trade show in Aspen, Colo. Doctors say the products need better packaging so that kids can't consume them.

As some states become friendly to medical marijuana, many users are opting to eat their pot instead of smoking it. And that means marijuana dispensaries are doing heavy business in brownies, cookies, sodas, candy and other treats heavily dosed with THC.

But unlike drugs that come in bottles, these tasty marijuana foods haven't been childproofed. And in Colorado, doctors say that kids who apparently get into their parents and grandparents' stashes are getting sick.

Colorado legalized marijuana for medicinal purposes in 2000. When the Obama administration said in 2009 that state laws wouldn't be challenged by federal law enforcement authorities, the state's medical pot industry exploded. 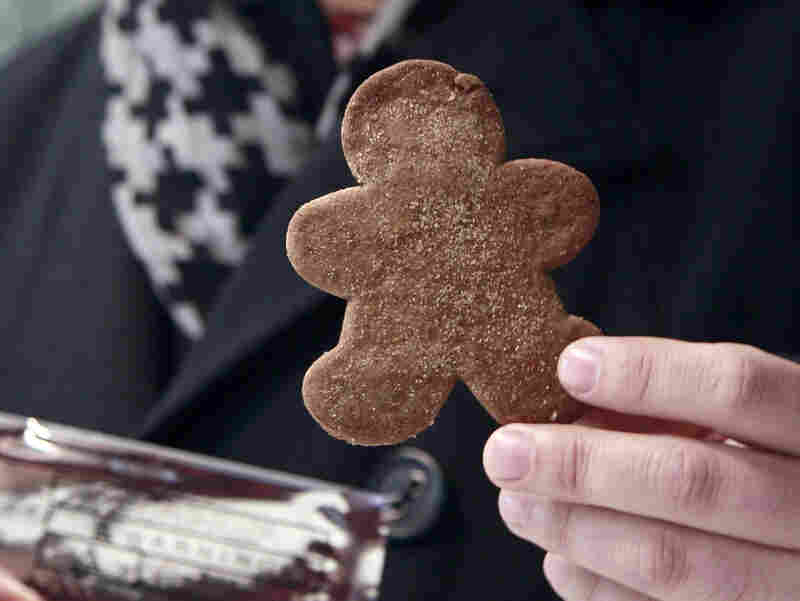 Marijuana gingerbread cookies, like this one sold at The Apothecarium in San Francisco, could easily appeal to kids. Jeff Chiu/AP hide caption 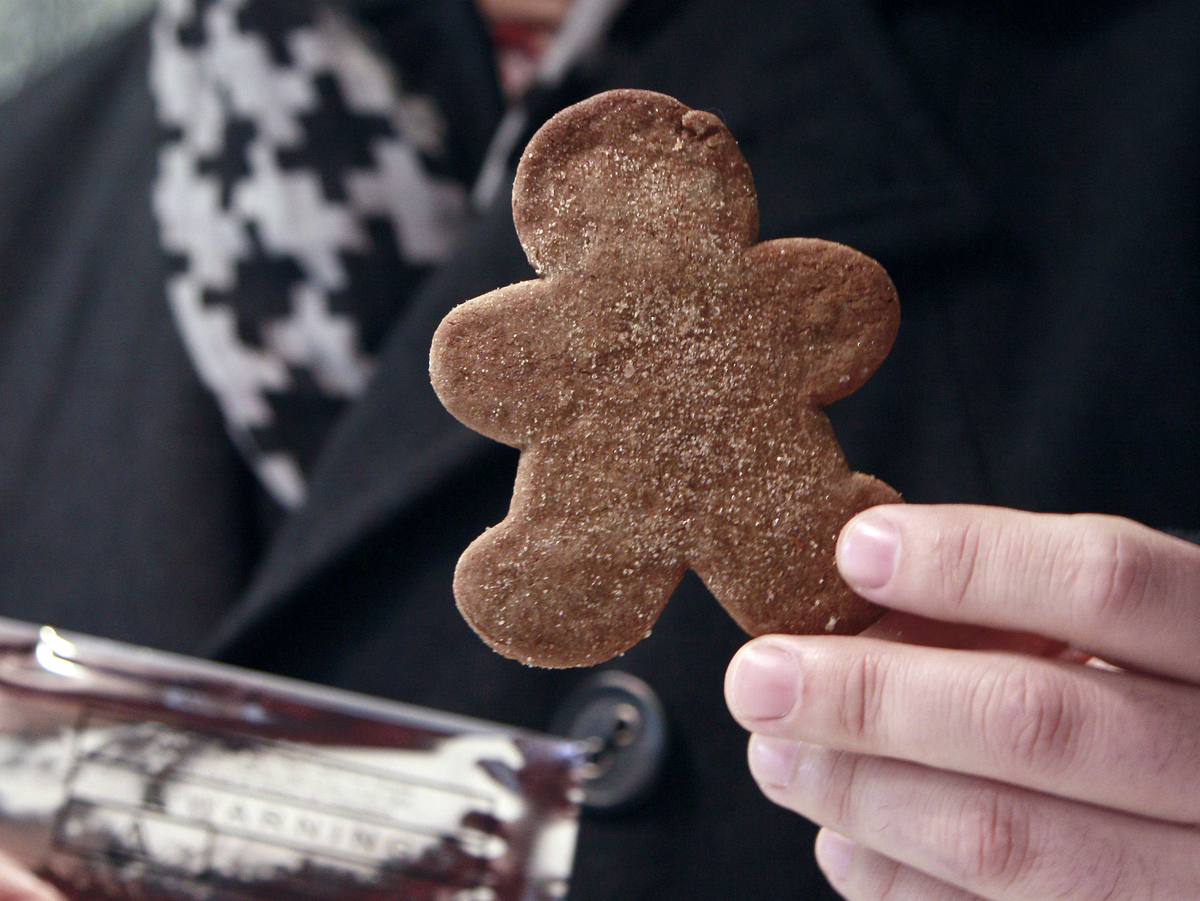 Marijuana gingerbread cookies, like this one sold at The Apothecarium in San Francisco, could easily appeal to kids.

In the past few years, George Sam Wang, a doctor in the emergency department at Children's Hospital Colorado, began seeing kids in the ER with some pretty severe symptoms from consuming marijuana. And so he decided to look at whether there had been an increase in cases of accidental marijuana ingestion among children following the new drug laws.

Wang found that after Colorado changed its marijuana laws in late 2009, 14 kids under the age of 12 came to his hospital to be treated for ingesting marijuana. Eight of the 14 cases involved medical marijuana, and seven of the kids had eaten pot-laced food. Their symptoms ranged from lethargy to respiratory problems. Two kids ended up in the intensive care unit. The results of Wang's study — one of the first to look at how changes in state laws that legalize marijuana affect kids — appear this week in the journal JAMA Pediatrics.

"It is ironic that we're seeing these unintended consequences of these [medical marijuana products] we decided to allow in public," Wang tells The Salt. "But our goal was to educate the public so that we can try and keep things out of kids' hands and prevent these cases."

He's not the first doctor to sound the alarm in Colorado. In 2010, Denver psychiatrist Christian Thurstone argued on Talk of the Nation that the state's relaxed laws have made the drug too accessible to many adolescents.

Michael Kosnett, a medical toxicologist and associate clinical professor at the University of Colorado School of Medicine, notes that marijuana has grown much more potent over the years. Some of the candy bars and cookies sold in Colorado dispensaries contain over 100 milligrams of THC, which he says is well above the level known to cause adverse effects. "There's a more serious risk to a child because they're smaller in size," he says.

The solution, he says, is not to ban the products but to require child-resistant packaging for marijuana edibles.

"What was concerning to us was that here were dispensaries selling products very clearly labeled as drugs, but yet these stores were not packaging them like other medications," says Kosnett. "We know from experiencing that use of child-resistant packaging has been highly effective at preventing poisoning of children."

Kosnett and Wang have been talking with policymakers about this issue, and just this week, Colorado's governor signed into law a bill to require the child-resistant packaging for medical marijuana products. (That typically means a package that only 20 percent of 4- to 5-year-old kids can open in 10 minutes, Kosnett says.) The rules will be drawn up in the next week and finalized by June 1.

"The legalization of recreational marijuana, especially the solid and liquid-infused forms permitted in Washington, will provide children greater access to cookies, candies, brownies and beverages that contain marijuana," write Dr. William Hurley of the University of Washington and Washington Poison Center, and Suzan Mazor from Seattle Children's Hospital, in an editorial that accompanied Wang's study. The authors recommend training for physicians to recognize and manage toxic reactions to marijuana exposure in kids.