Accessibility links
'Soda Mouth' Can Look A Lot Like 'Meth Mouth' : The Salt Lesions on the teeth of crack and methamphetamine addicts have a lot in common with those on the teeth of people addicted to soda, a dental researcher writes in a case study. But even people who wouldn't consider themselves "soda addicts" are at risk of dental erosion, he says. 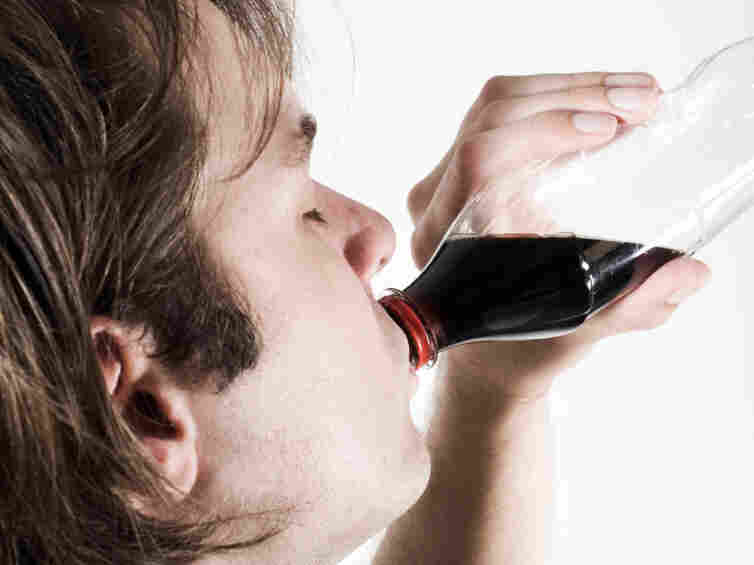 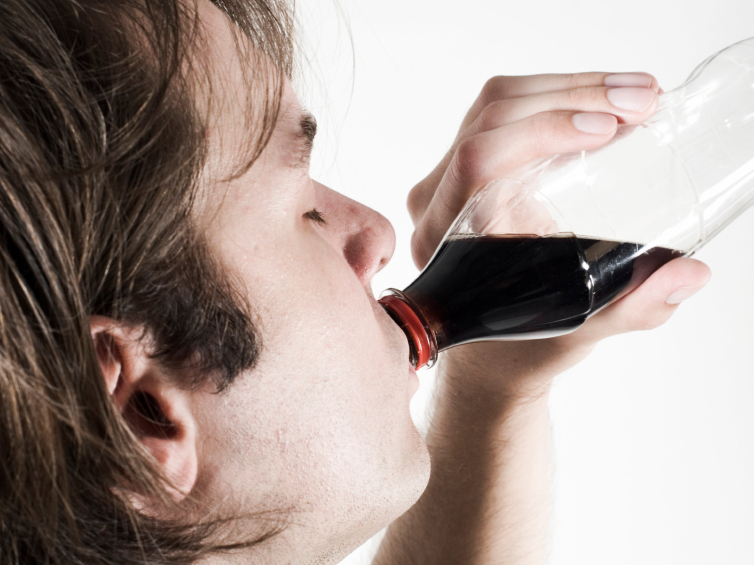 Drink enough soda and your teeth could deteriorate so much that they look like the teeth of a methamphetamine or crack addict.

The author, Mohamed Bassiouny, a researcher and professor of dentistry at Temple University in Philadelphia, insists he's not trying to scare soda drinkers. But in two decades of examining patients in dental clinics in Philadelphia and in Appalachia, where he worked as a volunteer, he says he has observed striking similarities between the lesions on the teeth of crack and methamphetamine addicts, and those on the teeth of people addicted to soda. (Warning: The photos further down this page are graphic.)

In his paper, he describes three cases of severe dental erosion. One person had been using methamphetamine for three years, a second had used crack cocaine for 18 years, and a third person, a woman, reported consuming two liters of diet soda daily for the past three to five years. All three were adults who lived in cities with fluoridated water, and had similar socio-economic backgrounds. All three had lesions on their teeth that "had almost identical features," Bassiouny writes.

Appalachia, according to Bassiouny, is "ground zero" for soda addiction. Some people he treated consumed more than a dozen 12-ounce cans of soda a day, he says.

"What I saw in Appalachia really crystallized for me the extreme erosion associated with the acids in the beverage," Bassiouny tells The Salt.

Courtesy of the Academy of General Dentistry

But even people who wouldn't consider themselves "soda addicts" are at risk of dental erosion, he says, if they exceed the recommended intake limit of one 12-ounce soda per day. And Bassiouny says that it's also the cumulative impact of the chemicals in certain beverages that matters.

Citric acid, a preservative that enhances flavor and shelf life in soda, is the main culprit. It erodes the enamel and eventually the dentin — the core of the tooth. As we've reported before, energy drinks and citrus juices also have a lot of citric acid, though beverage companies aren't required to disclose exactly how much on drink labels.

"It all contributes to the damaging effect on dentition," says Bassiouny. And it means that even if you limit your soda intake to one can a day, you should avoid other beverages that could contain citric acid.

"To single out diet soda consumption as the unique factor in her tooth decay and erosion — and to compare it to that from illicit drug use — is irresponsible," the ABA wrote in a statement this month in response to Bassiouny's study. "The body of available science does not support that beverages are a unique factor in causing tooth decay or erosion."