Accessibility links
Cooking With Cicadas: No Weirder Than Eating Cheese? : The Salt We know, eating bugs sounds strange, but 2 billion people already do it — and the U.N. has made the case for insects as a key protein source. For U.S. East Coasters, the coming of the 17-year cicadas provides an opportunity to cook with bugs. If you want to try your hand at it, there's a cookbook to guide your way. 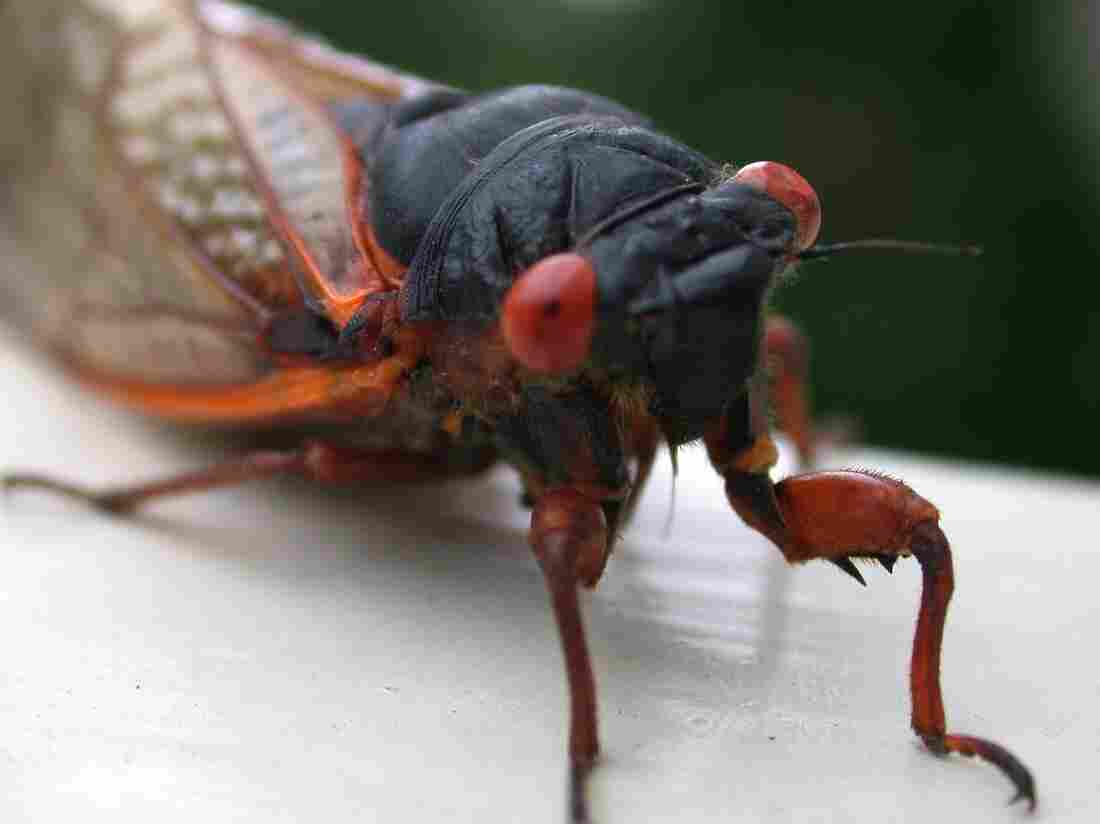 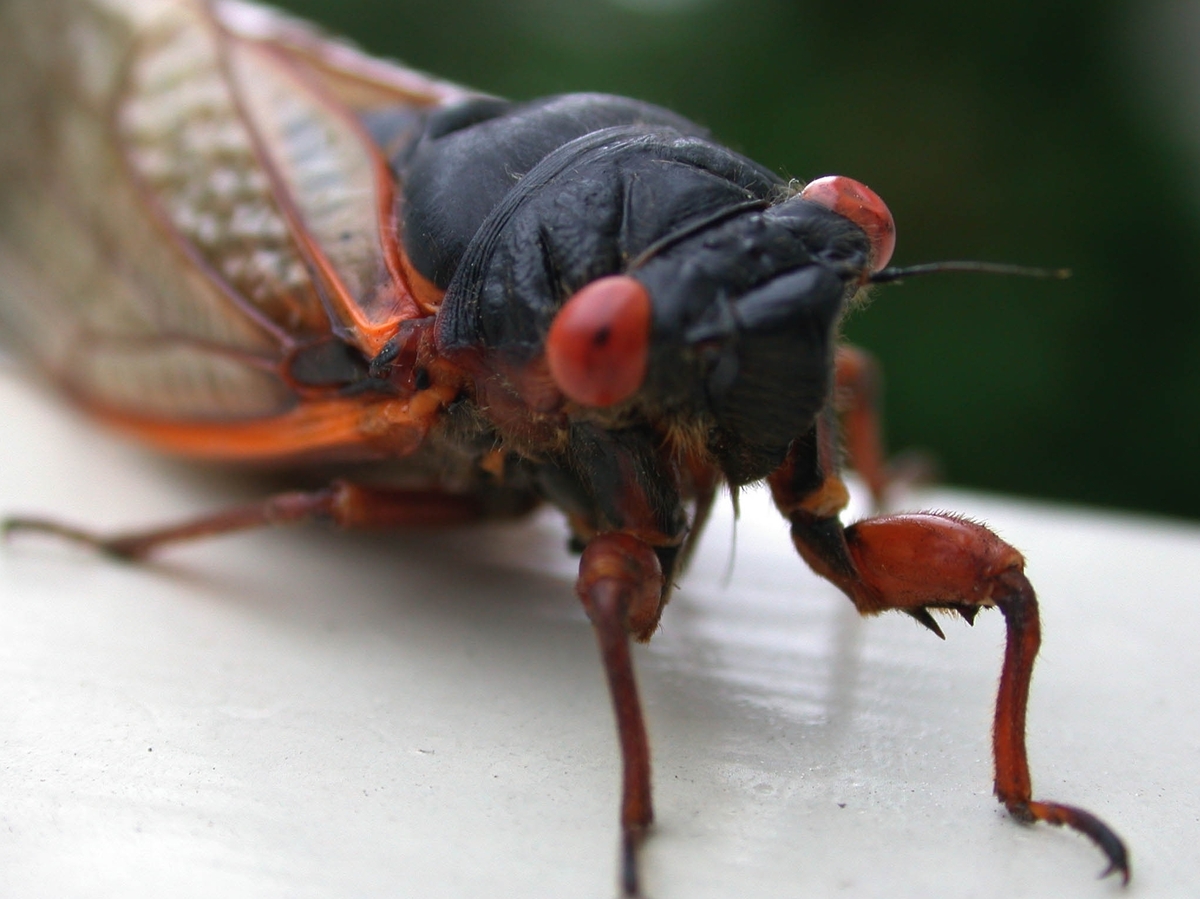 Cicada: It's what's for dinner?

You knew this one was coming.

Earlier this month, we told you about a U.N. report that makes the case for insects to improve global food security: They're cheap, plentiful and environmentally sustainable. Now, the coming of the 17-year cicadas provides East Coast Americans, for whom bug eating is considered novel at best, with an opportunity to try local insect cuisine.

If you're willing to try cicada cookery, there's a book to guide your way, as NPR's Yuki Noguchi reports Wednesday on All Things Considered. Cicada-licious, published in 2004 and available for free online, features recipes for cicada dumplings, tacos and chocolate-covered cicadas.

Author Jenna Jadin tells Yuki that, before cooking, you should break off the legs and wings — "they kind of tear off pretty easily."

"Then rinse them off," Jadin says, to "make sure all the soil bacteria is off of them."

Back when cicadas infested Chicago in 2007, freelance food writer David Hammond also gave the critters a culinary go. "My goal was to get them right as they were coming out of the ground," he tells NPR. "Young. Veal, if you will. Ha ha."

He realizes Western diners might be put off or grossed out by the idea of eating bugs — but weird is all relative, he notes. (After all, 2 billion people already eat bugs, mostly in Asia, Africa, Latin America and Australia.)

"Cheese is the grossest thing in the world," Hammond says. "You know, it's rotten milk. You eat rotten milk? That's disgusting! Yeah, well, we love it."

Then there's the fact that — hate to break it to you — you've probably already eaten bugs without realizing it.

"Insects are a part of all processed foods," Jadin writes in her cookbook, "from bread to tomato ketchup — it's impossible to keep mass-produced food 100% insect-free. There are regulations stating the maximum amount of bug bits that food can contain and still be fit for human consumption."

Sit back and digest that for a second.

But of course, the big question is: How do they taste? Word on the street is that cicadas are kind of nutty or kind of like asparagus.

Jadin cooked up a batch of the noisy, red-eyed bugs for our intrepid reporter to sample: candied with brown sugar and seasoned with Sriracha, then baked in the oven at 350 degrees for 20 minutes. The verdict?

"It's kind of like caramel popcorn," Yuki tells us.

You can hear Yuki's story on All Things Considered.