Accessibility links
Will Chinese Firm Bring Home The Bacon With Smithfield Deal? : The Salt It isn't clear yet whether U.S. regulators will approve the takeover of the iconic American company by China's Shuanghui International. There are concerns that Shuanghui could ratchet up production to feed the growing demand for meat in China. 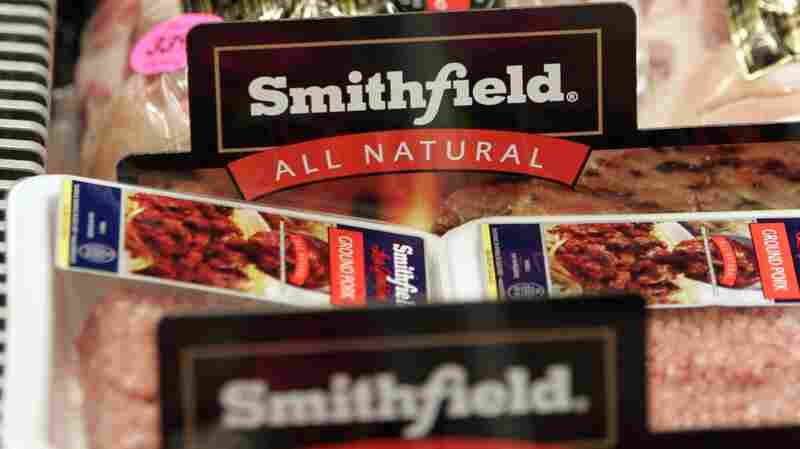 Smithfield Foods, makers of ham products under a variety of brand names, is being purchased by Chinese food maker Shuanghui International for $4.72 billion. AP hide caption 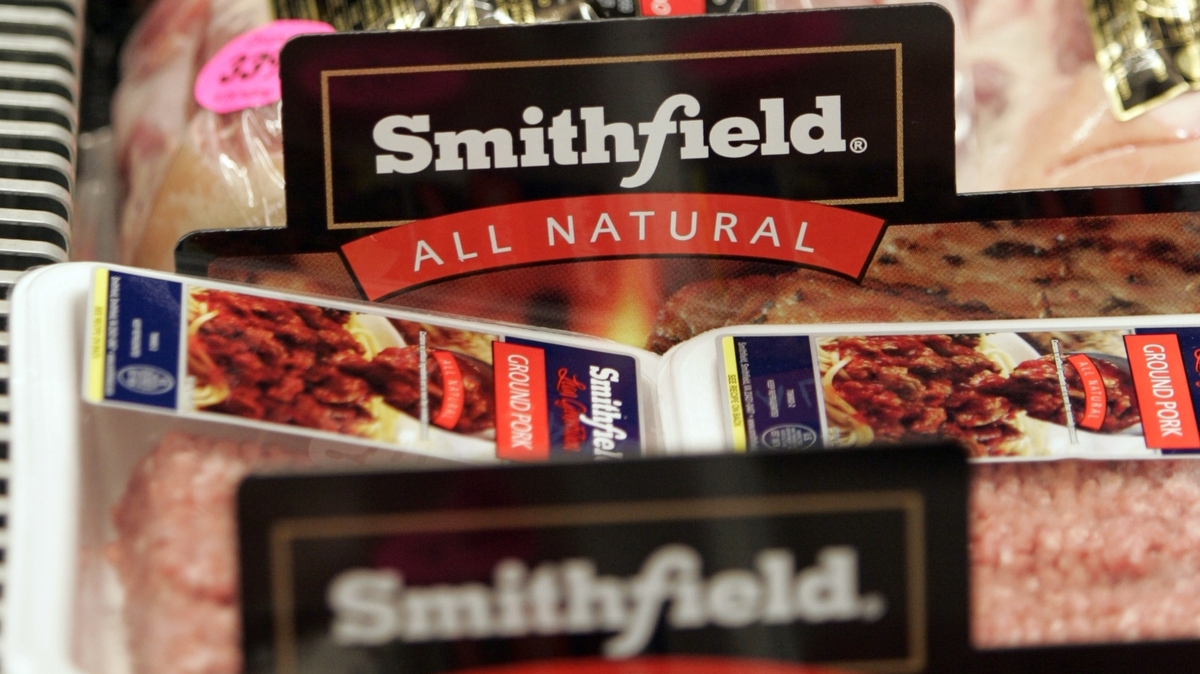 Smithfield Foods, makers of ham products under a variety of brand names, is being purchased by Chinese food maker Shuanghui International for $4.72 billion.

There were questions Wednesday about whether U.S. regulators will approve the takeover of Smithfield Foods Inc., the company that sells all-American hams, hot dogs and bacon, by China's Shuanghui International.

It's being called the biggest such takeover of an American company by a Chinese firm. Already, Wall Street traders were bullish on the plan, sending the company's stock price up. Industry experts said it will increase exports to the burgeoning Chinese market.

"This does have the potential to increase U.S. pork exports to China, which would benefit all U.S. pork producers," said Dave Warner, director of communications for the National Pork Producers Council.

Dan Norcini, an independent commodities trader, said market reaction suggests the deal will be approved. But he had questions about the long-term impact on the pork industry. Shuanghui could ratchet up production to feed the growing demand for meat in China, Norcini said.

"If the Chinese come to own Smithfield, will Smithfield be at the dictates of its Chinese owner? Or will they let market forces determine whether they are going to expand their herd size or not?" he said. "That's the big question because it could impact the rest of the industry."

Larry Pope, Smithfield chief executive, said the deal won't change how the company does business. Its headquarters will remain in Smithfield, Va., he said, and there will be no changes to the 46,000-person workforce.

"It will be business as usual — only better — at Smithfield," Pope said in a statement. "We do not anticipate any changes in how we do business operationally in the United States and throughout the world."

The deal must still be approved by the Committee on Foreign Investment in the United States, a move that could be hindered by Shuanghui's involvement in a 2011 scandal that involved feeding a dangerous additive to pigs set for slaughter. 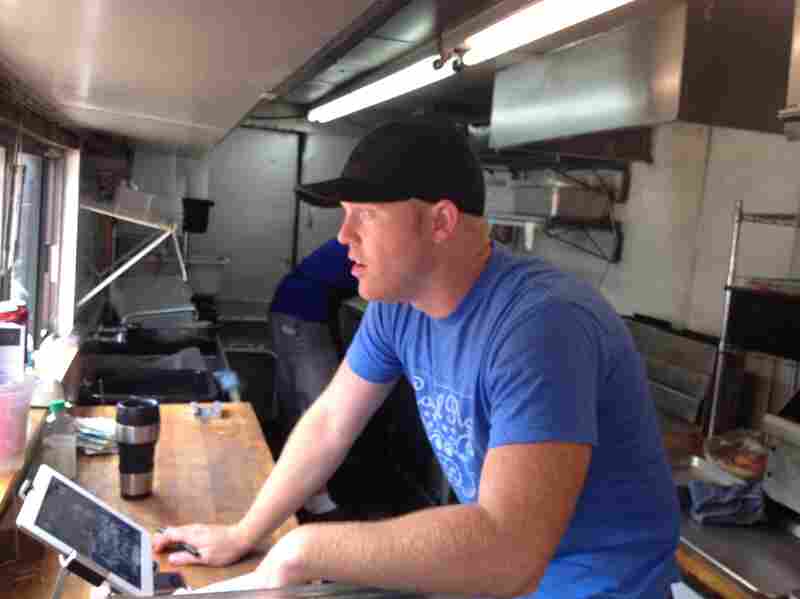 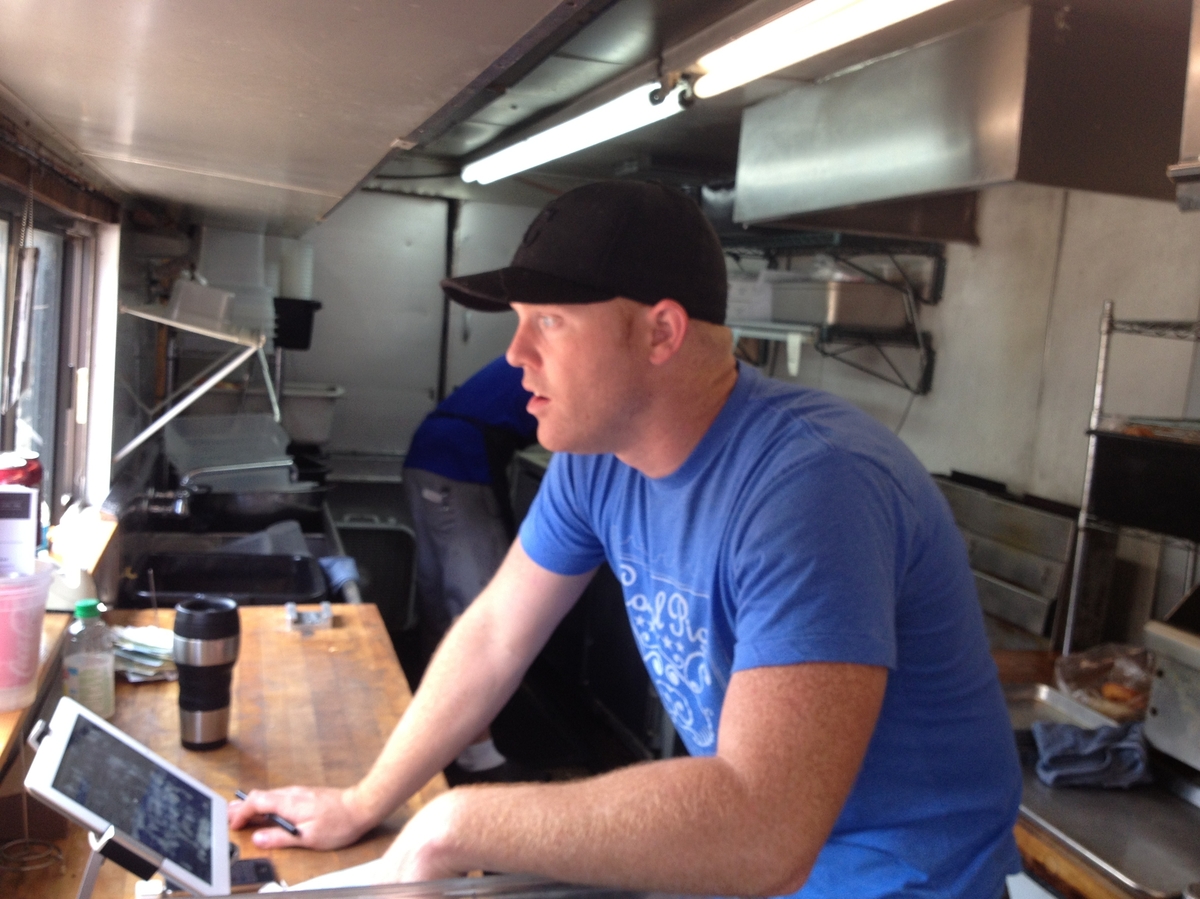 Alex Pope, owner of The Local Pig in Kansas City, Mo., says he hopes the deal serves as a wake-up call to consumers.

Elizabeth Holmes, a staff attorney at the Center for Food Safety, says U.S. regulators should take a hard look at the deal.

Environmental groups were quick to criticize the deal, too, citing the growing globalization of vertically integrated or factory farming.

"Merger mania in the meat industry in recent decades has led to more factory farms in the U.S., with 95 percent of hogs now raised in operations of over 2,000 animals," she said. "We may export the pork, but we keep millions of gallons of manure right here in U.S. hog-raising communities in North Carolina and Iowa."

When the global news of the Smithfield sale bubbled up at The Local Pig, a small butcher shop in Kansas City, Mo., it was met with a shrug and another order straight from the meat case, wrapped up in white paper.

The Local Pig is the antithesis of the huge Smithfield operations, where more than 16 million animals are slaughtered every year. Alex Pope, owner of The Local Pig, says he hopes consumers take the Smithfield news as a wake-up call and that they read the label on that package of Smithfield bacon.

"That's the first step in saying, 'I don't want to be a part of that. I want an option. I would like to go to a small local producer, at a farmers market, or at a locally sourced butcher shop and buy that bacon,' " he said. "Ask them where it came from, where the pigs were raised and how they were treated. If it can spur something like that, it would be really great."

If the Smithfield-Shuanghui deal doesn't go through, the company reportedly has two other suitors standing by. Bloomberg reported Wednesday that another Asian company and one from Brazil were preparing bids for Smithfield when the deal was announced.