Accessibility links
France Sells Presidential Wines To Update Palace Wine Cellar : The Salt Some of the finest wines from the cellar of the Elysee presidential palace in France were auctioned off Thursday and Friday. Proceeds from the auction will be used to reinvest in more modest wines from up-and-coming young wine growers. 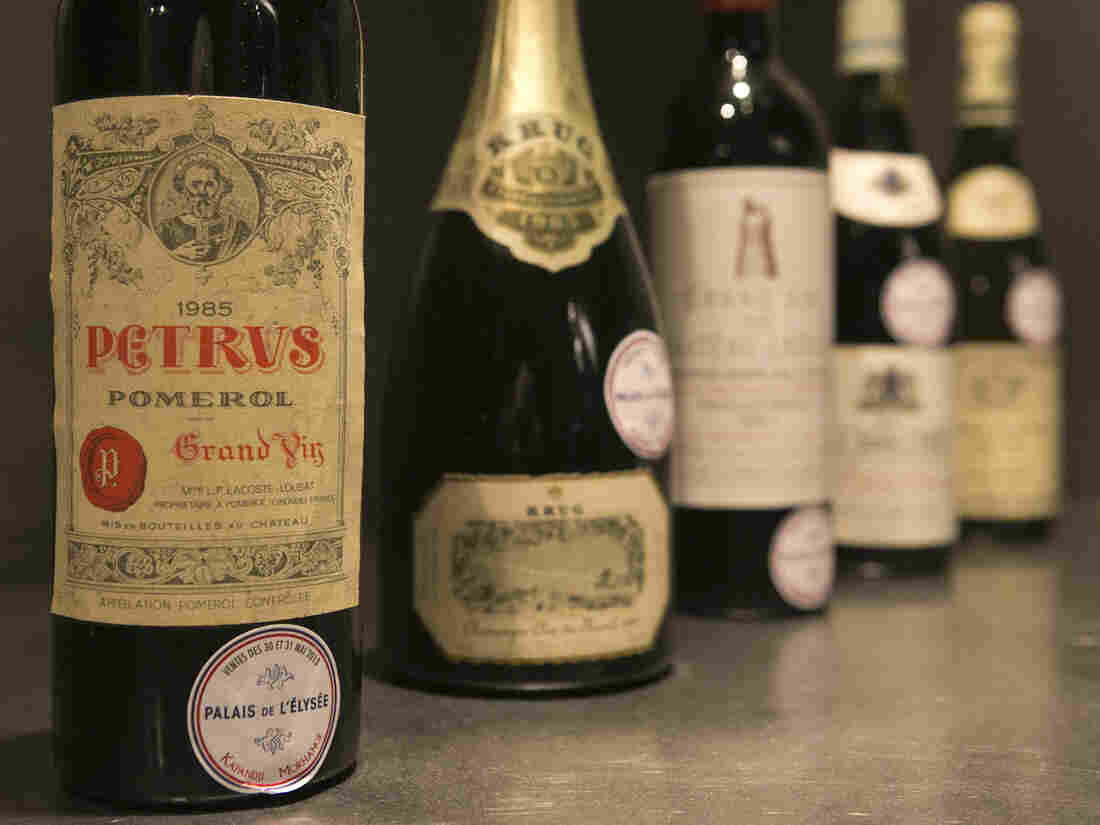 French President Francois Hollande's palace has decided to dive into its wine cellar and sell some of its treasures to raise money and replenish its collection with more modest vintages. About 1,200 bottles, a 10th of the Elysee's wine collection, are being sold at the Drouot auction house in Paris this week. Jacques Brinon/AP hide caption 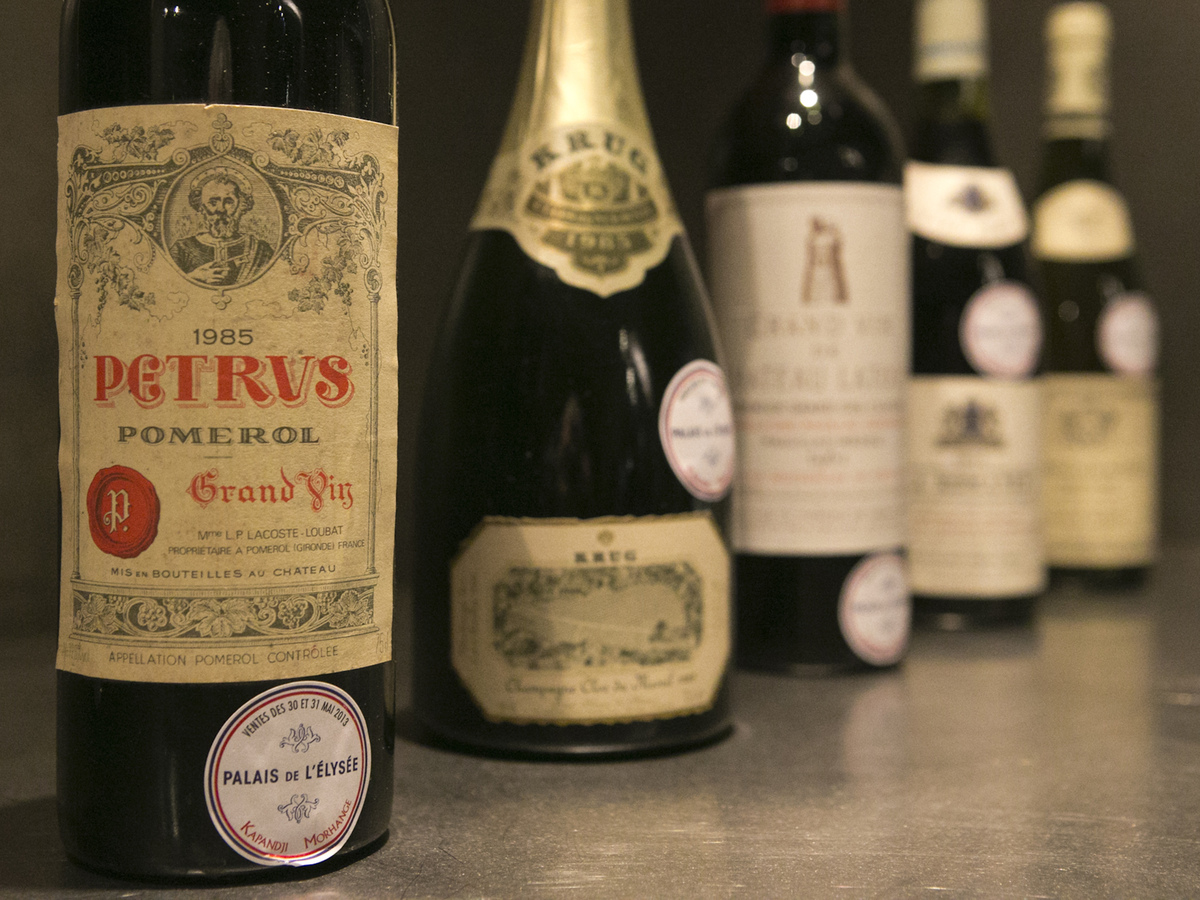 French President Francois Hollande's palace has decided to dive into its wine cellar and sell some of its treasures to raise money and replenish its collection with more modest vintages. About 1,200 bottles, a 10th of the Elysee's wine collection, are being sold at the Drouot auction house in Paris this week.

Prized Burgundies and Bordeaux once served at the presidential palace in France were sold for the first time ever as the wine cellar at Elysee Palace gets an overhaul.

Some 1,200 bottles, or 10 percent of the palace wines, went on sale this week at the famous Drouot auction house in downtown Paris. On the block were vintages from 1930 to 1990, including famous names such as Chateau Latour, Chateau Mouton Rothschild and Montrachet.

Before the sale, one of the auction's organizers, wine expert Juan Carlos Casas, showed me the highest valued wine on the block — a bottle of Bordeaux Petrus that will fetch anywhere from $3,000 to $4,000 at auction, and retails for about $7,000.

"This is one of the stalwarts of the international wine code," he says. "It's a wine that everybody wants in their cellar." But he says the Elysee no longer wants to serve expensive, grand cru — first growth wines — at state dinners.

Will French Election Mark A Reversal Of Austerity?

Proceeds from the auction will be used to reinvest in moderately priced wines from up-and-coming young wine growers. Any other profit will go back into state coffers. (The city of Dijon held a similar sale earlier this year and raised about $200,000, which went to a "social action" committee.)

Casas calls the Elysee's wine cave a "working cellar." It's there to serve the presidency of the French Republic, he explains. "Its goal is to be used and not to be shown. It's not a museum, it's not a collection. So what you have are wines that are solidly good, top-of-the-line wines. But they are made to drink, not to collect."

Whether to drink or collect, wine lovers the world over showed up, or weighed in by telephone and online to get a piece of French history. These are the bottles that have been served to kings and heads of government, often easing the way to compromise in many a diplomatic dinner. Each bottle bears a special sticker designating it as an official Elysee Palace wine.

The prices went up so quickly that collector Virginie Le Bac left the auction midway through. "It's incredible — the prices are flying," she says. "We thought we could buy something, but the bottles, 150 euros, are getting 800, 1,000, 1,500 euros. So we're definitely not going to buy anything. But it's great to see it."

Outside the auction house, a different scene unfolds. A couple hundred young people are pressing at the doors, but they aren't interested in the president's wine at all: They're here to protest his newly passed gay marriage and adoption law.

"Socialist dictatorship!" they chant. "We want Pinot, not marriage homo!"

Apparently not even the finest wines of the Republic can escape the white-hot politics of France's gay marriage debate.