Accessibility links
In Philly, Lo Mein Is Going Low Sodium : The Salt Philadelphia is working with about 200 takeout restaurants, providing free cooking lessons and tips on adding flavor without salt. The training has helped restaurants cut the sodium in popular dishes by up to 20 percent. 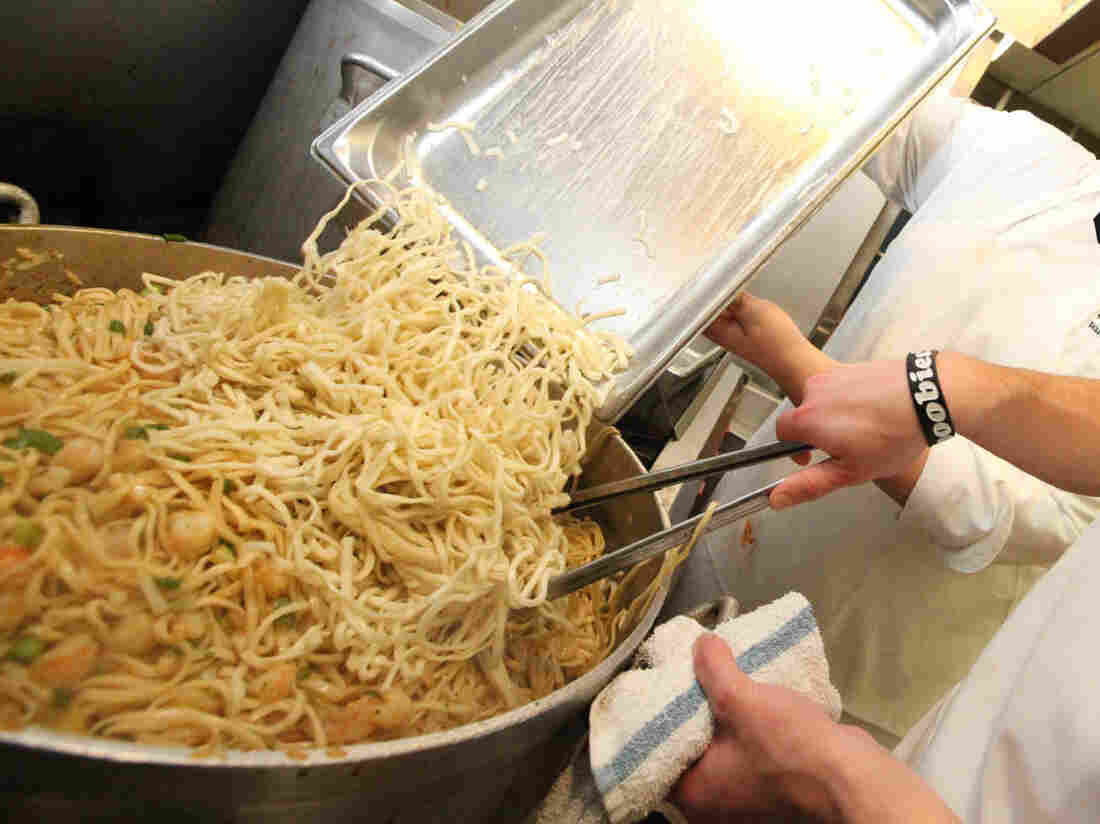 Philadelphia is training owners of Chinese takeout restaurants to cut some of the salt in menu items like lo mein. Stephen Flood/Express-Times/Landov hide caption 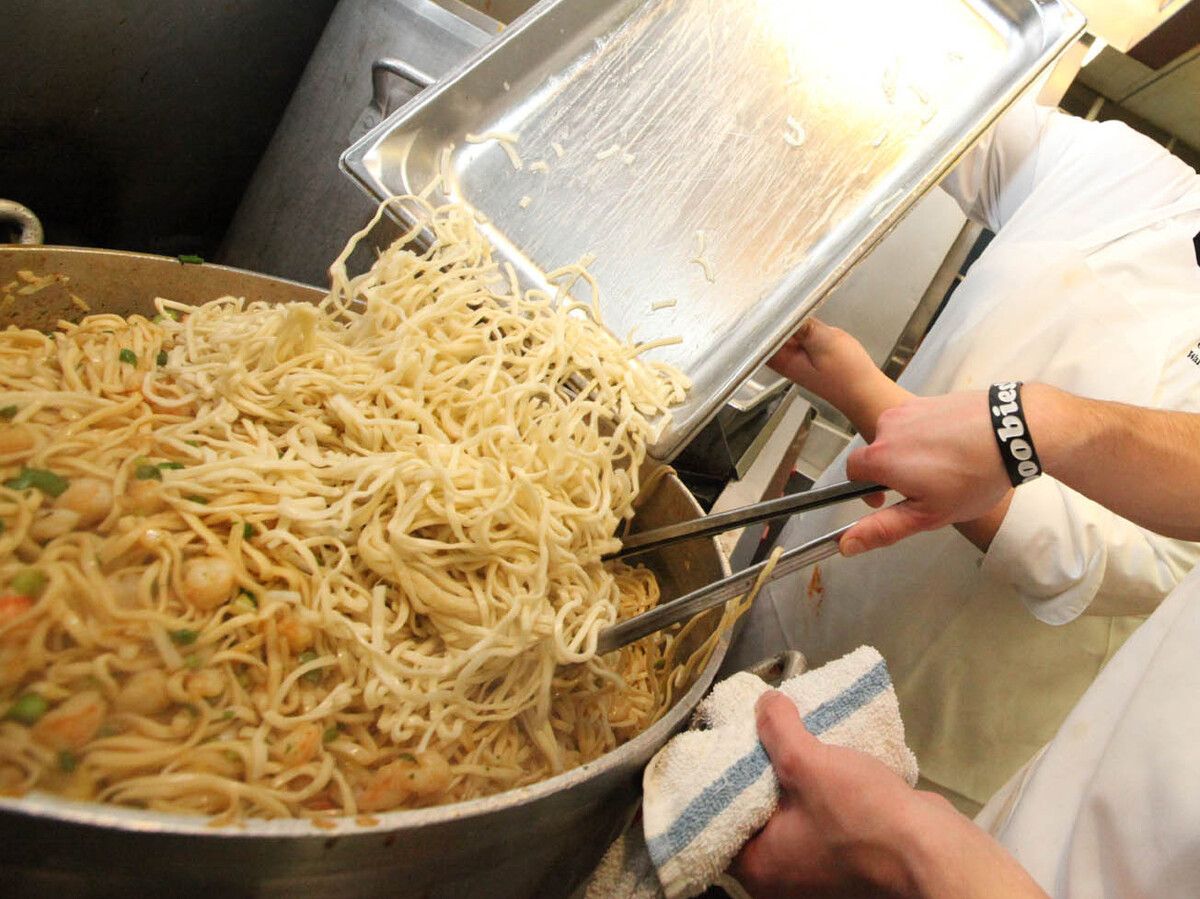 Philadelphia is training owners of Chinese takeout restaurants to cut some of the salt in menu items like lo mein.

Philadelphia is training owners of Chinese takeout restaurants to cut some of the salt in their menu items.

The city is working with about 200 takeout restaurants, providing free cooking lessons and tips on adding flavor without salt. None of the restaurant owners were paid to participate in the program, which offers advice such as how to find suppliers who sell low-sodium ingredients at a reasonable price. Participants are also encouraged to limit the number of soy sauce packets they hand to customers.

Of course, Chinese takeout isn't the only restaurant food loaded with extra salt. Philly could just have easily launched its lower-salt pilot program among the city's cheesesteak shops or salty pretzel vendors. So why target the lo mein?

It's all about demographics and location, says Giridhar Mallya, director of policy and planning at the city's Department of Public Health.

"We know that there are at least 400 Chinese takeout restaurants in Philadelphia," Mallya says, "and they are predominantly in low-income, African-American and Hispanic communities."

Those populations have some of the highest rates — and risks — for high blood pressure and heart disease.

To be clear, the body needs salt. And despite a recent report from experts convened by the Institute of Medicine suggesting that too little salt can be risky, the truth is, most of us get far too much.

The vast majority of salt in our diets comes from packaged and restaurant foods, and many health policy workers say the push to remove sodium should start with food manufacturers and sellers. And high levels of salt lurk in unexpected places, notes researcher Gary Beauchamp — not just potato chips but in bread and pasta, too.

"What happened was that salt went from something that was hard to find — very, very precious — to something that's the cheapest ingredient you can put in food, with the exception of water, and even water's pretty close," says Beauchamp, director of the Monell Chemical Senses Center, where researchers study smell and taste.

Back in 2010, a national panel called on the U.S. Food and Drug Administration to force food-makers to cut the salt. Turns out it was a radical idea, Beauchamp says, that went nowhere.

To be fair, as we've previously reported, many food manufacturers are making voluntary strides to reduce sodium levels. But it's tricky, he says, to tinker with beloved best-sellers such as Oreos or Big Macs.

For people who support policy change as a way to improve health, the push has largely moved to the city level. More than 90 city and state health organizations and authorities — including Philly's public health department — have joined the National Salt Reduction Initiative. The effort, led by New York City Mayor Michael Bloomberg, is targeting added sodium in packaged and restaurant foods. The goal is to reduce America's sodium intake 20 percent by 2014.

Before Philadelphia's program began, the city analyzed the salt content in two popular Chinese takeout dishes from 20 restaurants. Months later, after the training, the secret shoppers went back. Analysts found a 20 percent reduction in sodium content.

And there's good evidence that our taste for salt is malleable. Studies show that abruptly starting a lower sodium diet leaves many people unhappy with the taste of food, but within six to eight weeks, they adapt, Beauchamp says.