Accessibility links
Feeling A Little Blue May Mask Our Ability To Taste Fat : The Salt Temporary, strong emotions, when we're already feeling down, can significantly reduce our ability to perceive the fat in our food, researchers say. It's the latest finding to show how strong emotions can confuse our sense of taste.

Feeling A Little Blue May Mask Our Ability To Taste Fat

Feeling A Little Blue May Mask Our Ability To Taste Fat 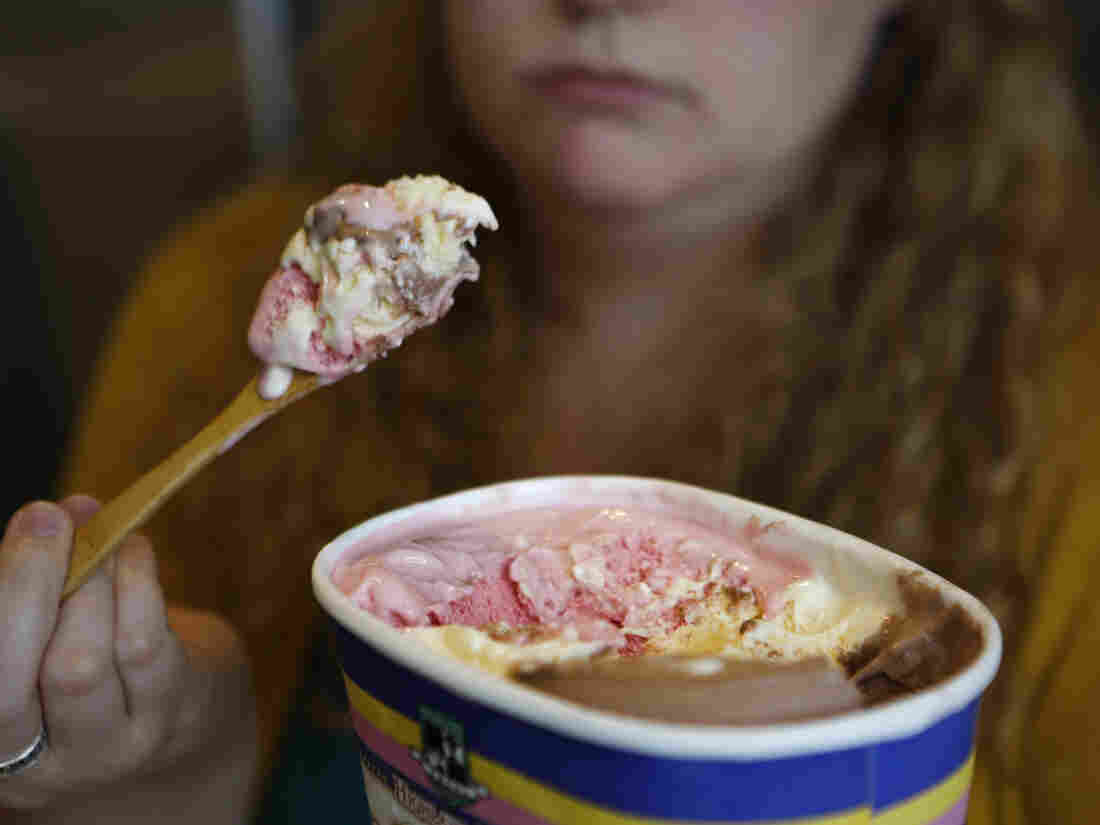 Feeling down? It could be messing with your ability to taste the fat in that carton of ice cream. Heather Rousseau/NPR hide caption 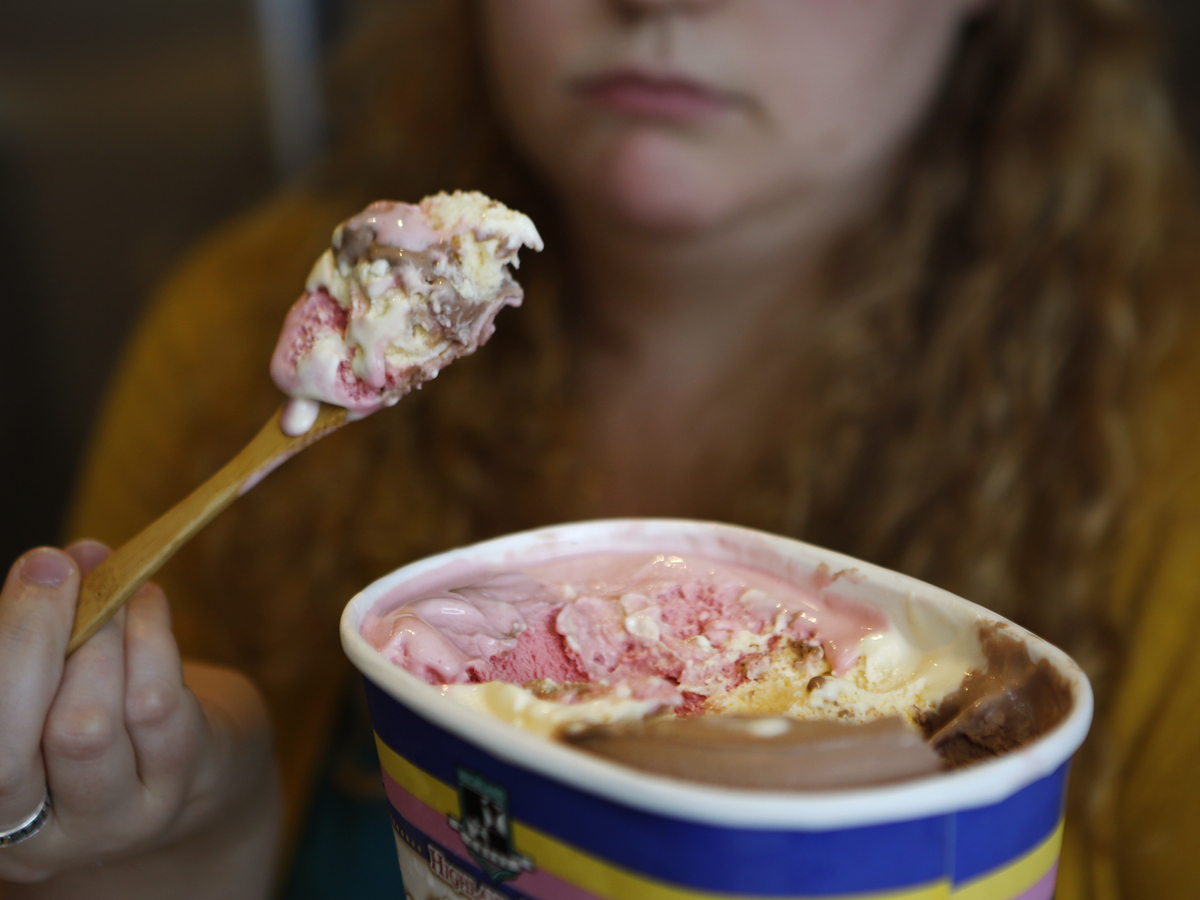 Feeling down? It could be messing with your ability to taste the fat in that carton of ice cream.

So, here's the scenario: You're feeling a little blue, then you watch an emotional movie and dig into a bowl of ice cream.

Are you aware of how fattening your comfort food is? Likely not. Especially in the moment.

A new study finds that temporary, strong emotions, like the sadness we experience from a weepy movie, can significantly decrease our ability to taste — or perceive — the amount of fat we're eating.

"Strong emotions can confuse our fragile sense of taste perception," Elissa Epel, a health psychologist at the University of California, San Francisco, told The Salt by email. She was not involved in this study, but her research looks at how stress influences us.

"Stress signals danger and should make us detect [tastes like] bitter more strongly," Epel says. And this is exactly what happened in the study.

Participants in the study experienced a stronger sensitivity to bitter, sweet and sour tastes after watching emotional videos with storylines that were both happy and sad. In fact, their sensitivities to these tastes were heightened by about 15 percent.

But, at the same time, participants' ability to distinguish levels of fat "got much worse," according to researcher Paul Breslin of the Department of Nutritional Sciences at Rutgers University, who co-authored the study.

"It was a surprise," Breslin says, that perceptions of fat moved in the opposite direction.

It turns out, Breslin says, that his findings fit with a body of evidence that suggests that people who are mildly depressed and who have elevated body weight may have lower sensitivity to fat.

So, it's possible that if "they don't know the fat is there, and eat it, they may be inadvertently eating more fat," says Breslin. "That's sort of the concern here."

The research was carried out in Germany at the University of Wurzburg. Lead author Petra Platte, a psychologist by training, recruited participants to taste samples of a creamy drink that contained varying levels of fat.

At the start of the study, the participants were all feeling a little blue or anxious. Researchers were able to assess the emotional status of the participants by having them complete a 21-question survey, called the Beck Depression Inventory.

Then, the participants were asked to watch video clips. There was a feel-good, happy video of a man bringing flowers to a woman. There was also a sad clip in which a son watches his father die. Both of the videos were designed to elicit an emotional response.

In addition, there was a third video — a boring, unemotional workplace training clip. The participants who watched this unemotional clip did not lose the ability to gauge levels of fat.

So, it seems to be that it's an emotional reaction, when folks are already a little blue, that causes people to lose the ability to tell high fat from low. The study is published in the journal PLOS One.