Accessibility links
When You Waste Food, You're Wasting Tons Of Water, Too : The Salt Some 45 trillion gallons of water are lost each year with all of the food that's thrown out around the world, according to a report from the World Resources Institute. This represents a staggering 24 percent of all water used for agriculture.

When You Waste Food, You're Wasting Tons Of Water, Too

When You Waste Food, You're Wasting Tons Of Water, Too 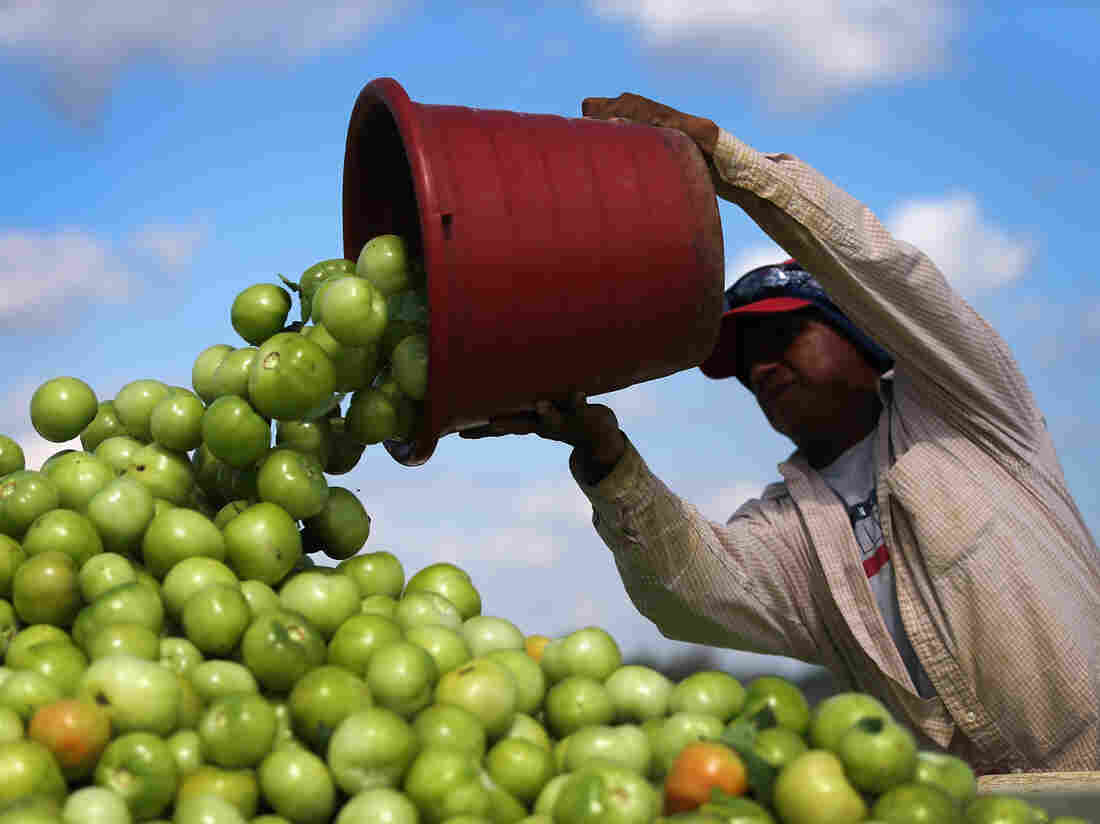 A worker dumps a bucket of tomatoes into a trailer in Florida City, Fla. Much of the lost and wasted weight in fruits and vegetables is water, according to a report by the World Resources Institute. Joe Raedle/Getty Images hide caption 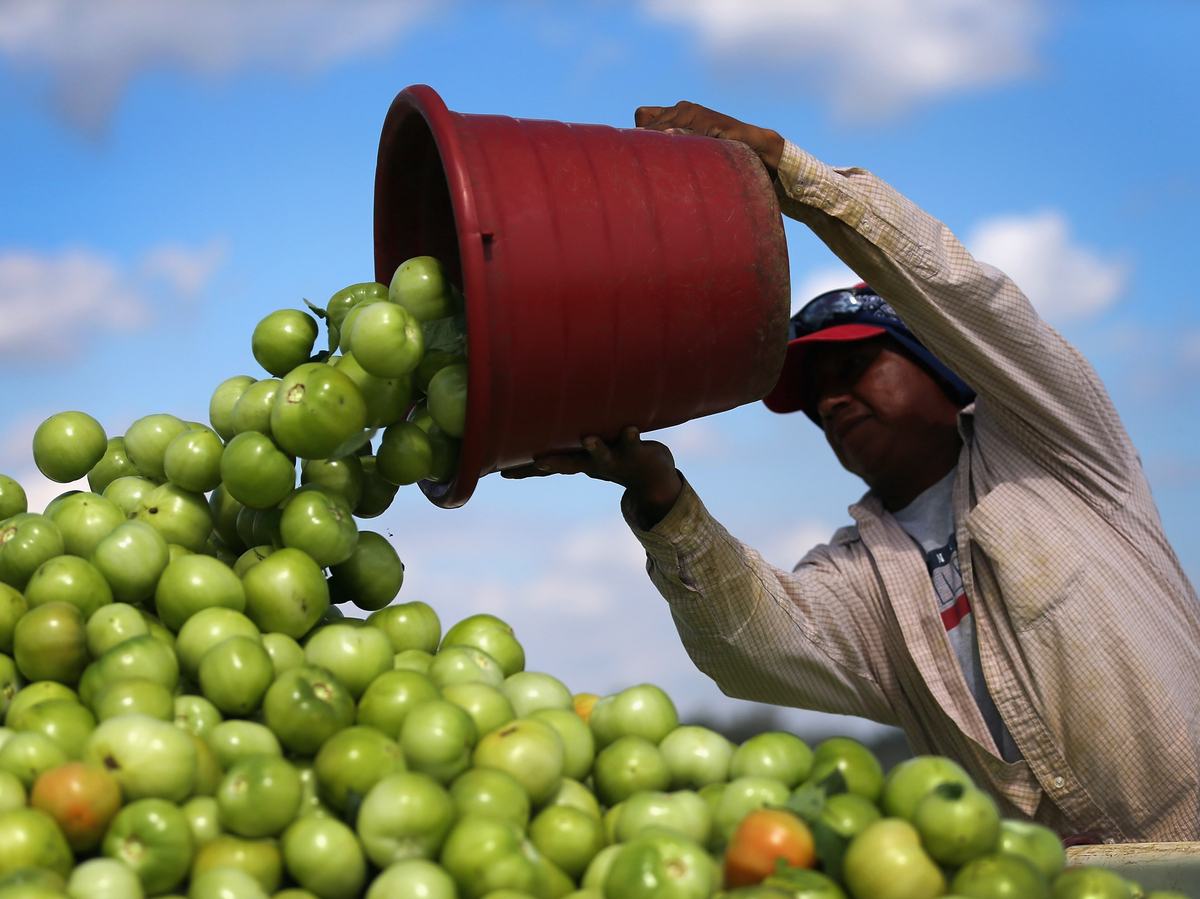 A worker dumps a bucket of tomatoes into a trailer in Florida City, Fla. Much of the lost and wasted weight in fruits and vegetables is water, according to a report by the World Resources Institute.

Tossing out food is clearly a waste of money — and maybe even immoral, according to Pope Francis, who on Wednesday likened food waste to "stealing from the table of those who are poor and hungry." And as we've reported, you also may be creating extra greenhouse gas emissions by sending food to a landfill.

Now comes yet another reason not to waste food: It also wastes a heck of a lot of water, a new report says.

According to the World Resources Institute, an environmental think tank, inside the 1.3 billion tons of food wasted every year worldwide is 45 trillion gallons of water. This represents a staggering 24 percent of all water used for agriculture.

And agriculture is already the world's biggest user of freshwater: The sector accounts for 70 percent of all use around the world, according to the World Water Assessment Program. Those freshwater resources are diminishing fast, just as demand for them rises from millions of hungry and thirsty people joining the global population.

However, when it comes to water, not all food products are created equal. As WRI notes in its new working paper on food waste, a pound of wheat flour on average contains 12 percent water and 1,639 calories, whereas a pound of apples, on average, contains 81 percent water and 766 calories. Fruits and vegetables are the largest source of loss and waste on a weight basis — in part, because they contain more water than other foods.

Meat, of course, requires more water in its production than any other food, because animals devour so much feed that in turn has to be grown with water. Meat production requires between 8 and 10 times more water than grain production, according to the WWAP. Fortunately, we're better about eating the meat we produce. It represents only 4 percent of the total food wasted by weight, and 7 percent of the calories wasted, according to WRI.

If you'd like to know how your favorite foods stack up in terms of how much water they require, this chart from the Water Footprint Network is pretty handy.

As for all the water in wasted food, we wondered where it goes.

"It depends on where people dispose of the lost or wasted food," says Craig Hansen, director of WRI's People & Ecosystems program and a co-author of the report, in an email to The Salt.

"For instance," he says, "the moisture in food lost immediately post-harvest or during open storage will likely evaporate."

In other words, that water ends up back in the atmosphere. But that doesn't mean it'll return to the place from whence it came. Now that food is crisscrossing the globe, the water-stressed regions that produce fruits and vegetables aren't necessarily going to get their water back.

As for food that goes to a dump, the water could be locked in — so it's not available — if the dump is closed, Hansen says, or it could evaporate over time if the dump is open.

As Brian Lipinski, the lead author of the World Resources Institute report, notes, in arid North Africa and West and Central Asia, more than half of the fruits and vegetables in the food supply end up being lost or wasted. It works out to about 63 pounds of produce per capita in these regions, he writes.

In the developing world, farmers struggle with food loss long before it gets to the consumer. But greater access to simple equipment, like silos for airtight food storage and crates for delicate fruits and vegetables, would help a lot, WRI says.

In rich countries, by contrast, most food waste happens further along the food distribution chain — in homes and restaurants, for example. We need to do a better job of redistributing food we can't eat, and serving and ordering smaller portions, according to the report.