Accessibility links
Not Everyone Cheers Turkey's Move To Tighten Alcohol Rules : The Salt Among the many reasons for ongoing riots in Turkey: A recent law restricting the advertising and sale of alcohol. Secular Turks see the new rules as the latest effort by the ruling AK Party to impose religious values on the population. 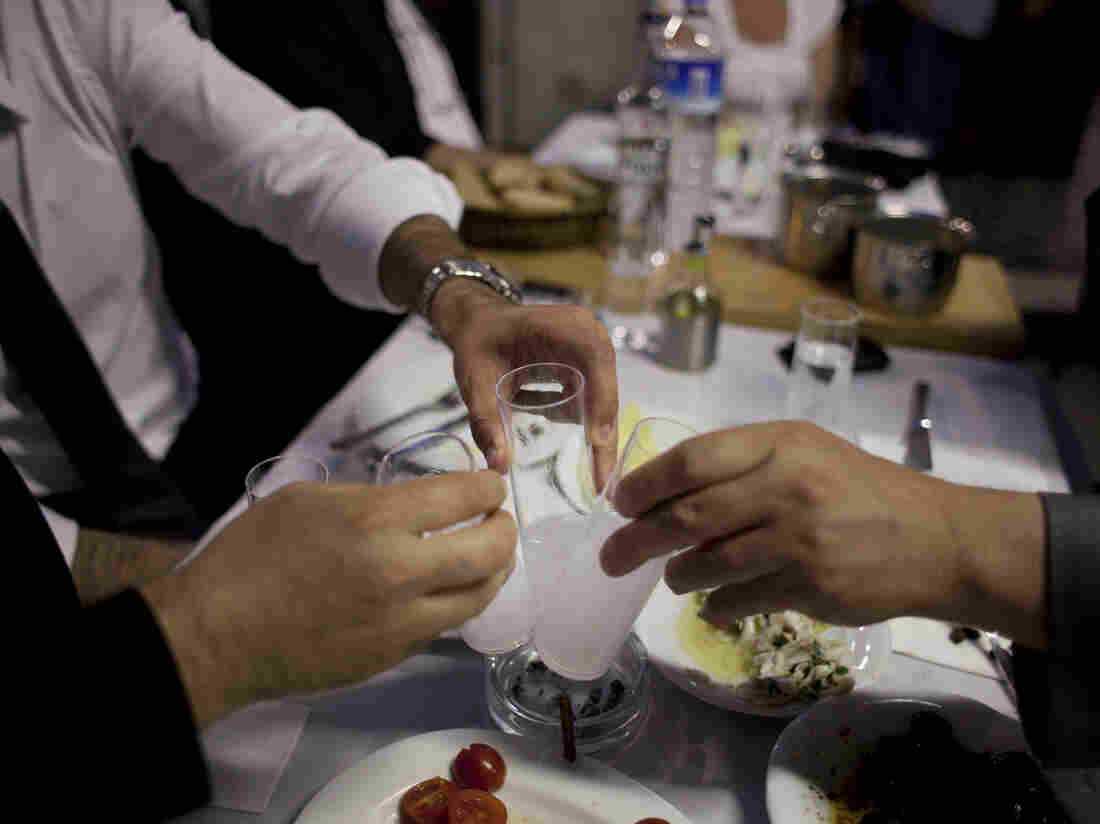 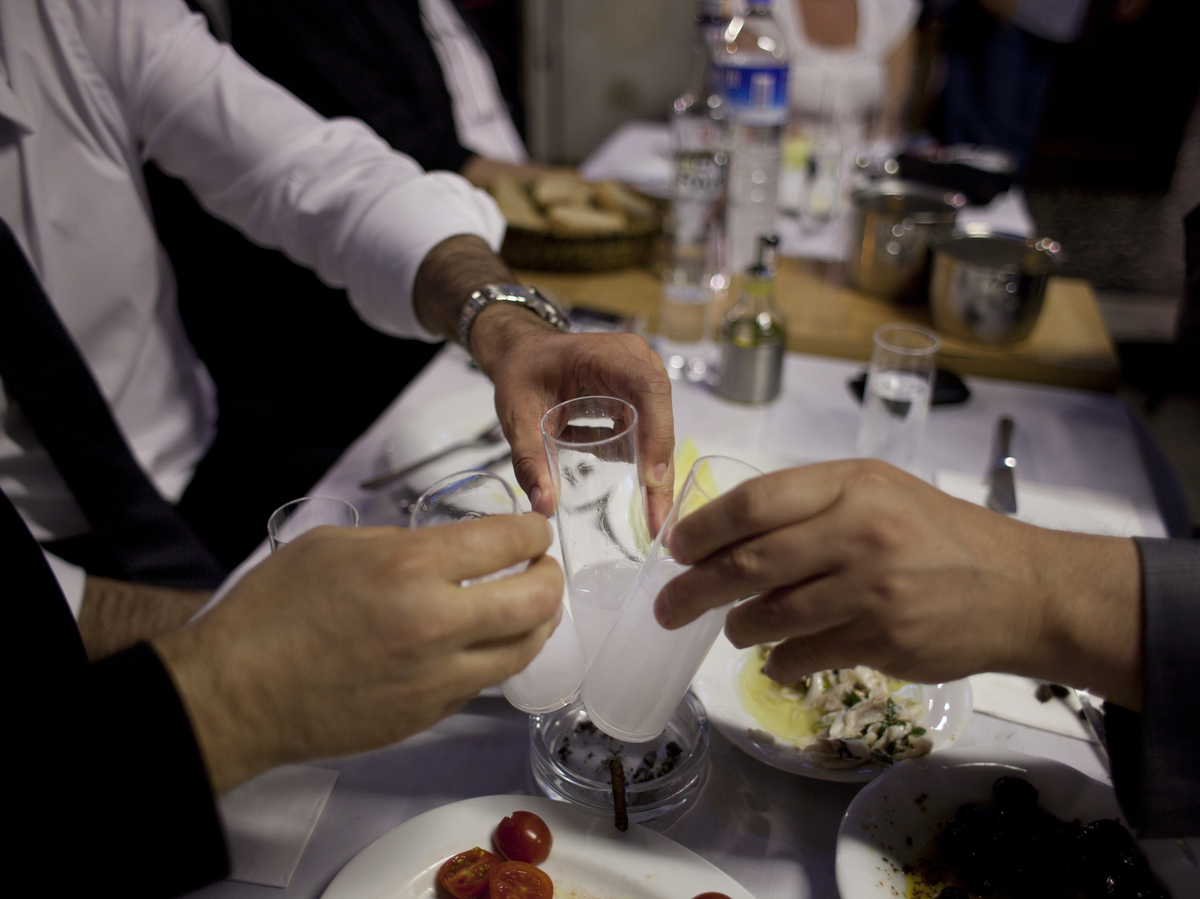 Diners drinking raki, a traditional Turkish alcoholic drink flavored with anise, at a restaurant in Istanbul.

The ongoing anti-government protests in Turkey are about a lot of things — including a recent law to restrict the advertising and sale of alcohol. The limits aren't any more onerous than those in some other Western countries, but secular Turks see them as another step in a push by the ruling party to impose conservative social values on the population

Turkey has long tolerated and, in some quarters, embraced the Bacchanalian fruit of grape and grain. The modern republic's revered founder, Mustafa Kemal Ataturk, set a strong example — so strong that when he died in 1938 of cirrhosis of the liver, many Turks assumed it was from what one biographer discreetly termed "his strenuous lifestyle."

It's a crime in Turkey to insult Ataturk, so eyebrows were raised when the country's new dominant leader, conservative Muslim Prime Minister Recep Tayyip Erdogan, appeared to intentionally slight both Ataturk and his successor Ismet Inonu, though he didn't name them while defending the new alcohol restrictions in a speech to ruling AK Party members.

"How come a law that was made by two drunks," thundered Erdogan, "has been recognized while one that follows the values of faith is unacceptable and must be rejected?"

Some people were shocked by Erdogan's language, but even Turkey's tipplers have to admit that he has a point. The restrictions in this law – no television advertising, no alcohol sales within about 100 yards of a school or place of worship – are the kind of limits already in place in some Western democracies. Furthermore, establishments with tourism licenses are exempt from the law's ban on sales after 10 p.m.

But that exemption doesn't apply to the numerous small convenience stores, called "tekels," that dot Turkish streets. In Beyoglu, arguably istanbul's most Westernized district, one tekel owner would give only his first name, Ramazan. He says the new rules are an economic nightmare for him, unless his customers radically adjust their schedules.

"We sell most of our alcohol after 10," he says, adding "What do they expect, people to start drinking at 5 so they can be done by 10? Most shops like this will wind up closing, I think."

Around the corner at the Urban Cafe, young Turks and visitors are enjoying their libation of choice in a setting that might be found in any Western city: premium spirits behind the bar, a lounge cover of Nirvana on the sound system, and cigarette smokers mingling out on the sidewalk, happy for the warm spring night.

Manager Cem Gul — with a shaved head, Dead Kennedys T-shirt and earring — says these seemingly modest restrictions are alarming secular Turks, because they're just the latest move by the AK Party to slowly reshape the country into a more conservative Muslim state. And the problem is, he's not sure anyone can do much to stop it.

"Of course everyone's talking about this interference in their personal lives. But there's too much going on," Gul says. "A bomb goes off here and then there's an alcohol law. People don't have time to respond. What I'm really worried about is if this party wins another election, there'd be no one who can stop them."

He pauses and then shrugs philosophically, "Me for example, I'm an atheist. They can ban me from drinking, but they can't make me pray."

Gul's smile suggests that while he respects those who follow the straight and narrow, he's more of a follower of what the late W.C. Fields is reputed to have said: "Everyone has to believe in something. I believe I'll have another drink."