Accessibility links
Hold The Hot Dog: National Park Visitors Can Feast On Bison Burgers : The Salt If a family vacation to Yellowstone or the Grand Tetons makes you fear for your waistline — or for your palate — there's good news: The National Park Service is revamping its menus to offer more healthful, local and fancier fare. How does a jumbo lump crab cake or almond-baked chicken sound to you? 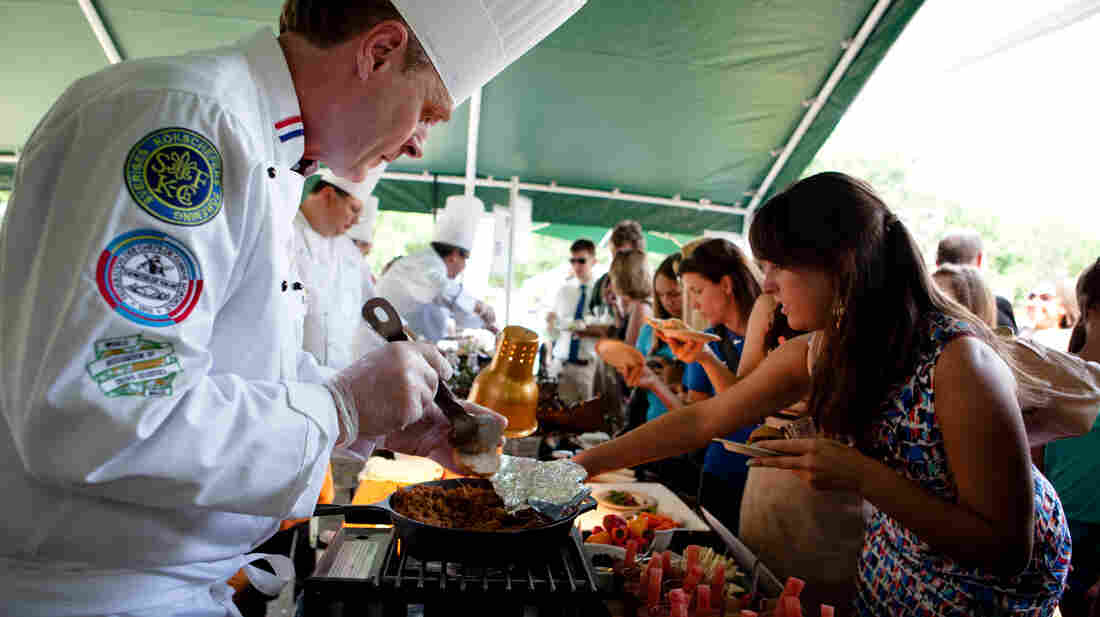 Stefan Larsson serves up bison sloppy Joes and juniper-smoked bison tenderloin, which will be offered at the Yellowstone National Park this summer. Each park will have different menus featuring local foods. Maggie Starbard/NPR hide caption

The director of the National Park Service doesn't have anything against hot dogs or pizza being served in eateries in national parks.

"But I wanted more options, and more healthy choices," Jonathan Jarvis told me at a tasting event this week to unveil new standards for the concessionaires who operate more than 250 food and beverage operations in national parks.

"There is no reason that you should have to take a vacation from eating well when you visit a national park," Jarvis told a group that had gathered on the National Mall to sample some of the most innovative new menu options.

As Jarvis announced details of the initiative, the crowd was distracted by the wafting aromas of sauteing crab cakes, a creation of chef Steven Sterritt of Skyland Resort in Shenandoah National Park.

"These are fresh jumbo lump Maryland crab with a roasted garlic béchamel sauce. ... It's pure crab, no filler at all," Sterritt told me. Wow. That's a far cry from fried chicken tenders. 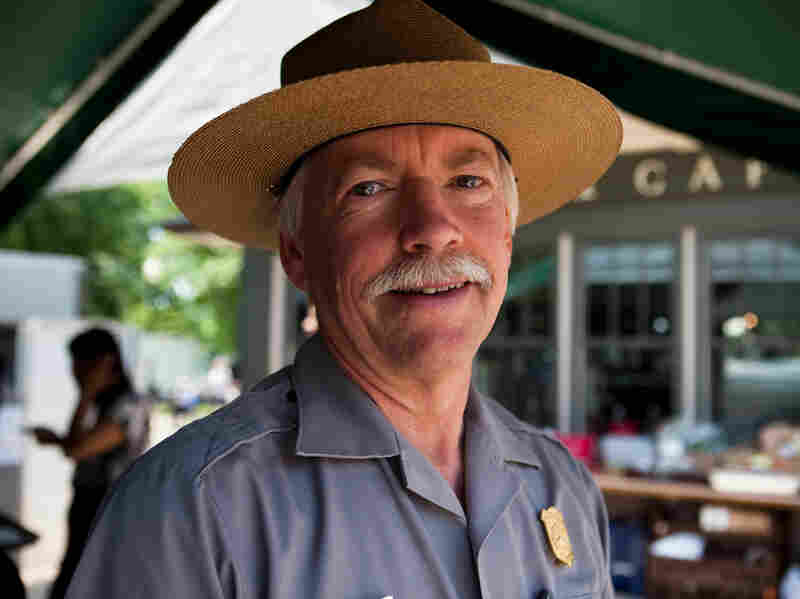 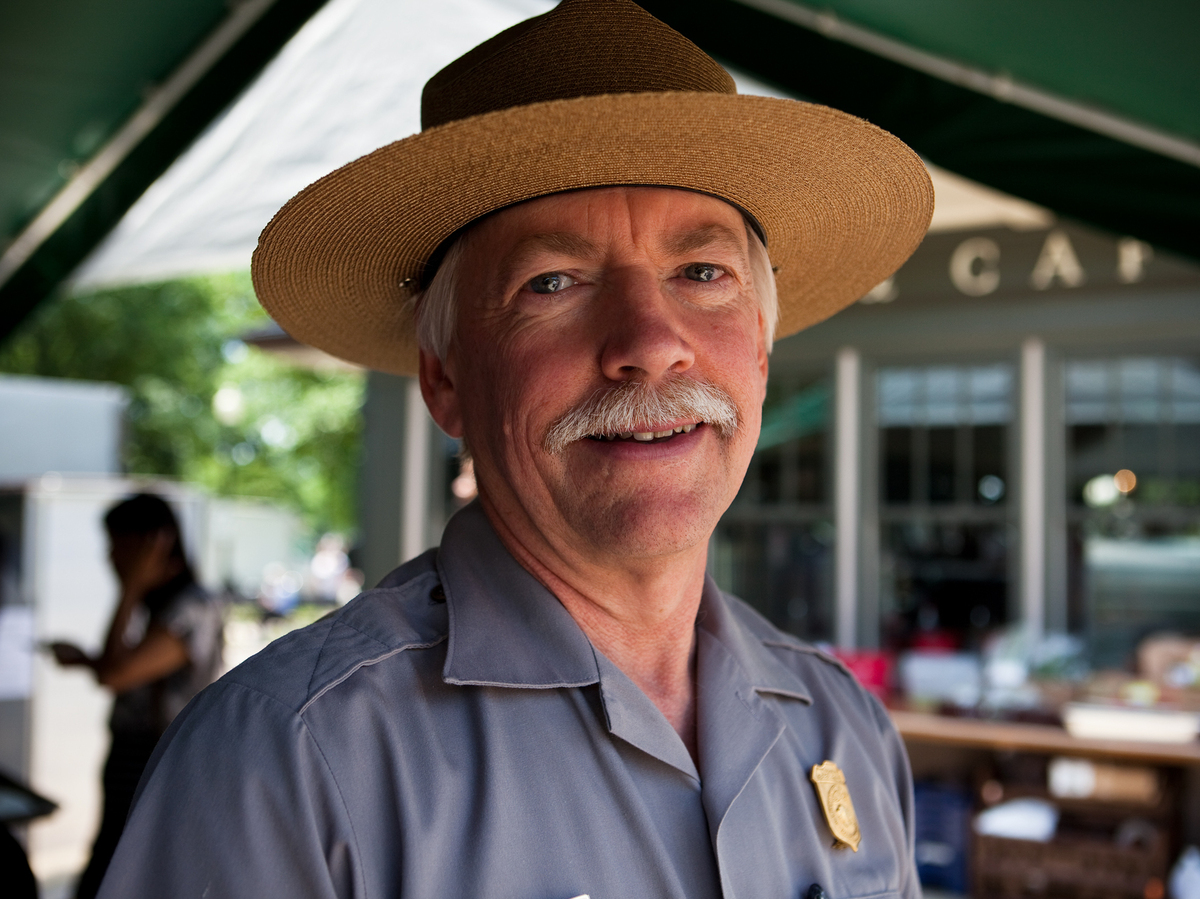 And instead of fries or potato chips, there were house chips made from beets and other vegetables.

"We are changing to a healthier fare, of course," Stefan Larsson of Yellowstone National Park told us as he served up things I'd never seen in national parks before.

"This is bison tenderloin," served with a dollop of horseradish sauce, Larsson told us. "Bison is flavorful and lean meat." Also on the menu: regional huckleberries, a rhubarb gazpacho and a brie-style cheese produced in the Yellowstone region.

"So, are park visitors surprised to see these kinds of dishes?" I asked. "Yes, I think so," Larsson told me. But folks are also usually impressed to find the regional cuisine and the fresh approach, he says.

Turns out there's only one flop, so far. Apparently, park visitors are not too keen for his take on ostrich meat. Hmmm. Perhaps the pace of change can come too fast.

The new standards are based, in part, on changes already in place in parks like Yellowstone, where concessions are run by Xanterra. As part of its Healthy and Sustainable Cuisine program, the company has pledged to adhere to naturally raised meats, cheeses from regional farms, no high-fructose corn syrup and baked goods sweetened with 30 percent less sugar than traditional preparations.

To usher in the new Park Service food initiative, the White House sent over Sam Kass of the Let's Move campaign, who noshed on almond-crusted baked chicken with a fennel salad.

"You know, baked is the new fried, so that looks delicious," he told the chef.

Kass told the group that the new initiative is "an important step toward making the healthier choice the easy choice for parents and kids."

And after tasting the baked chicken: thumbs up? 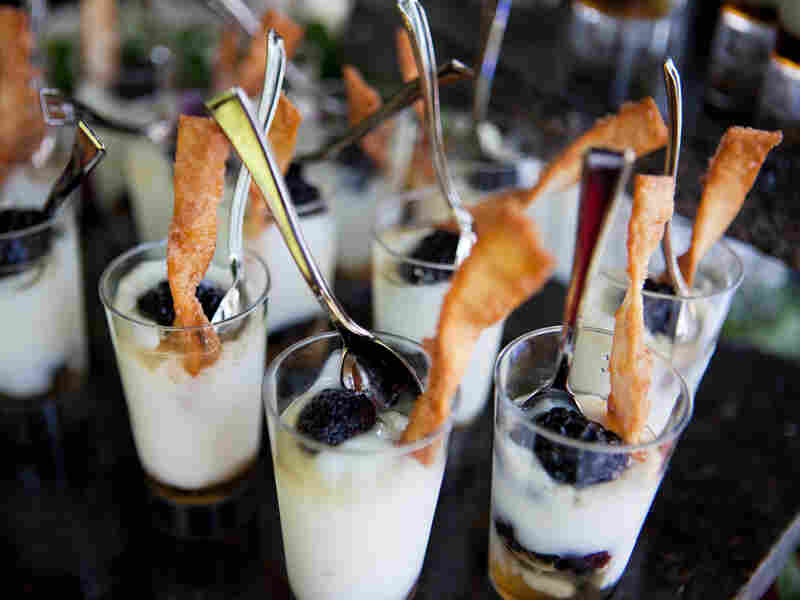 Low-fat yogurt parfaits with berries are currently sold in kiosks along the National Mall in D.C. The version served at the tasting event came topped with cinnamon wonton crisps. Maggie Starbard/NPR hide caption 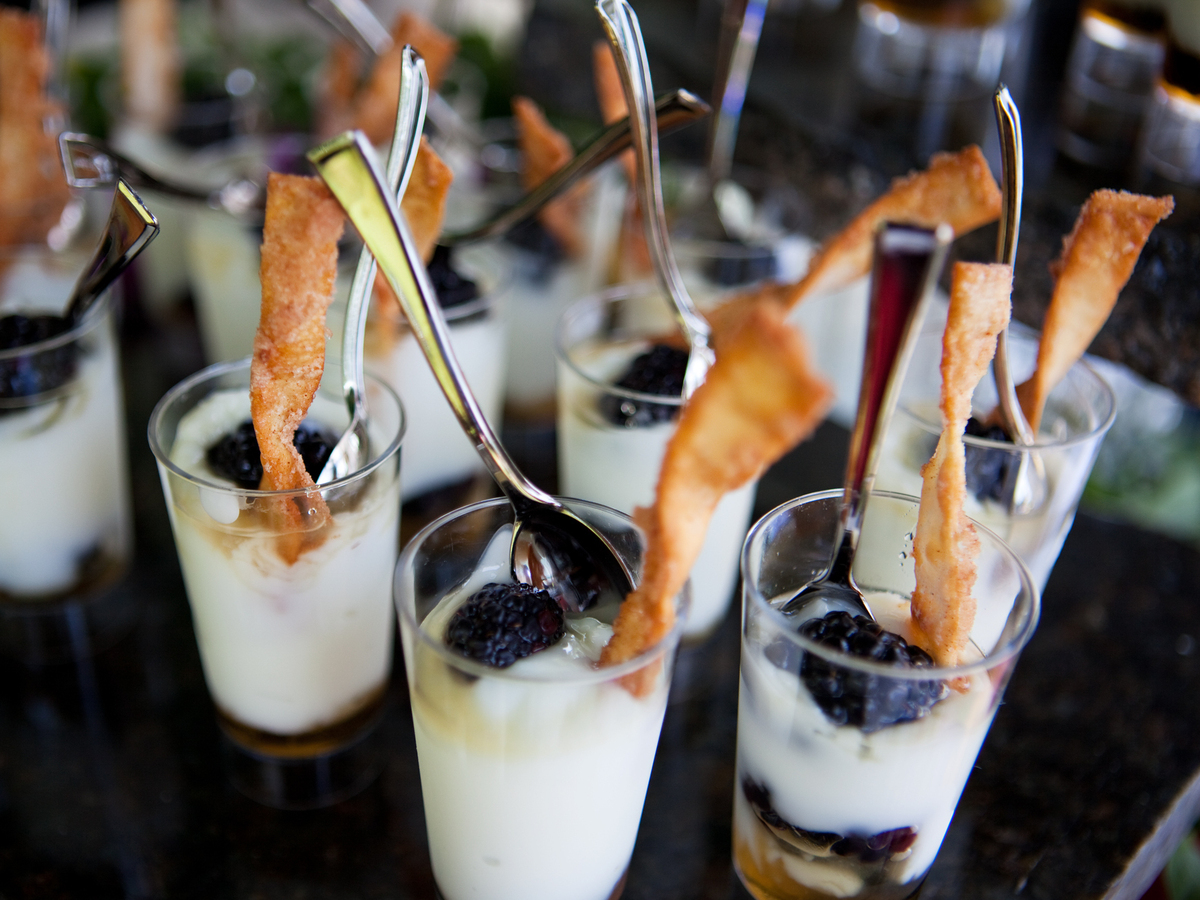 Low-fat yogurt parfaits with berries are currently sold in kiosks along the National Mall in D.C. The version served at the tasting event came topped with cinnamon wonton crisps.

Aramark's vice president for food and beverage, Brian Stapleton, told us that his company has worked with regional wholesalers to procure more local produce and meat.

And how does the new park food initiative influence the bottom line of the companies serving up the food?

Well, Rick Abramson, president of Delaware North, which has a contract to run eateries at Shenandoah National Park, didn't hold back in answering me when I asked.

"We're a commercial company, and we're in this to make money," he told me.

Abramson says there's demand for these new options: "What the market wants is what we deliver."

So does this new initiative mean park visitors will pay more? Not for basic concession-stand foods like pizza or ice cream, which will be staying on the menu.

But the Park Service says even the newer, fancier offerings will still be affordable.