Accessibility links
Old McDonald Might Be A Lady: More Women Take Up Farming : The Salt The number of women running farms of all sizes has tripled since the early 1980s, according to the USDA. Economists say that more women are seeing opportunities to try farming, especially if they already have an off-farm job. 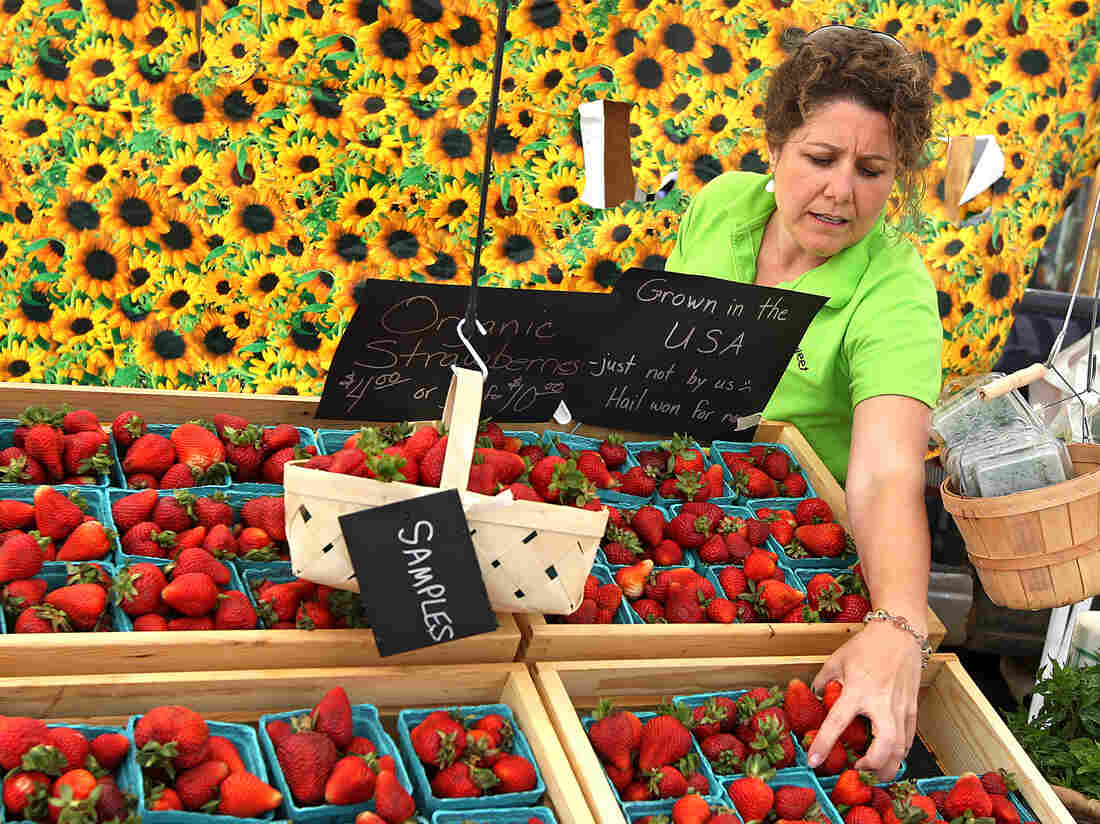 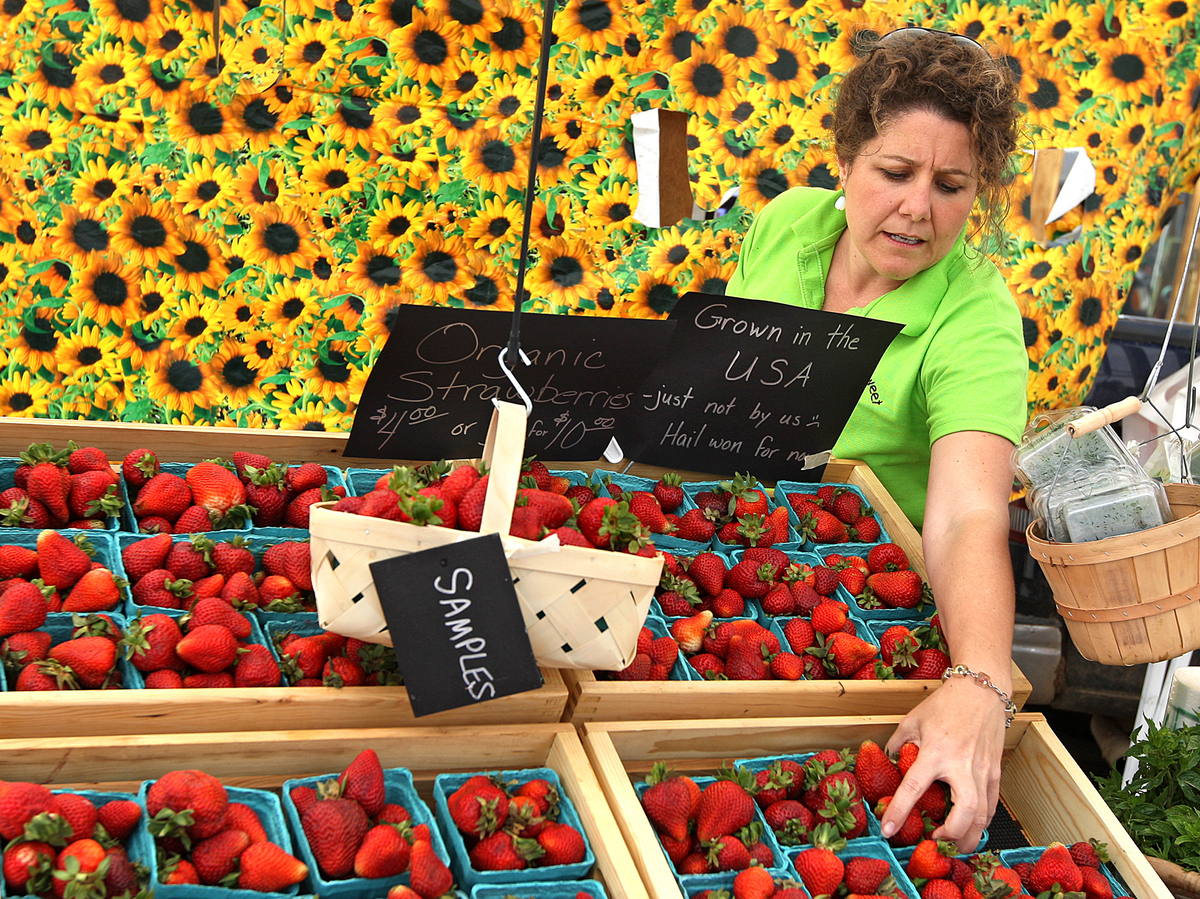 Lisa Steketee restocks strawberries during the Laramie Farmers Market in Wyoming, in 2009.

More women are getting into farming, according to a recent analysis from the U.S Department of Agriculture.

The agency crunched numbers from the Agriculture Census and found that the number of U.S. farms operated by women nearly tripled over the past three decades, from 5 percent in 1978 to 14 percent by 2007.

Women are running farms of all sizes, but the majority have had annual sales of less than $10,000, USDA says. In fact, about 42 percent of those operations were so small, they had sales of just $1,000 or less.

These women seem to be part of a growing trend among both genders: new farm enterprises that make less than $1,000 per year but show the potential to make more.

"These people have other sources of income, or they have an off-farm job," says Bob Hoppe, an agricultural economist with USDA's Economic Research Service who authored the report.

Nearly half of female farmers are raising livestock — beef cattle, horses and sheep, in particular. But interestingly, these animals aren't the biggest earners for women. It turns out that ladies who chose to specialize in poultry, specialty crops, grains or dairy actually generated 72 percent of sales on all women's farms.

So what explains why so many more women joined the farming sector between 1982 and 2007?

In part, it's just that the USDA got a lot better at counting very small operations, Hoppe says. "But there may be greater opportunity for women to enter farming now, especially if they have an off-farm job." Hoppe notes that farmers markets also seem to be attracting a lot of female producers.

And he says that if someone wants to start raising livestock or vegetables to sell, it makes sense to start very small. "It's much easier to enter at the lower end of the market than the higher end," he says.

Profit margins in agriculture can be very thin, and these days, farmers have to contend with high feed prices and highly unpredictable weather.

Of course, plenty of women work with their husbands or other men on farms. While about 300,000 women own their own farms, USDA has counted 1 million total women as "farm operators" — someone who helps run a farm. As Temra Costa, author of the book Farmer Jane: Women Changing the Way We Eat, notes on her blog, the Agriculture Census only started counting these secondary farm operators — such as women — in 2002.

And while many women start out small, they don't all stay that way. In 2007, USDA counted nearly 2,000 female farmers with sales of $1 million or more. Most of those women produce poultry and eggs or specialty crops.

Postscript: Outside the U.S., there's been an explosion of female farmers in the coffee industry, as Allison Aubrey reported for Coffee Week.