Accessibility links
As Drought Turns To Flood, Farmers Get 'Weather Whiplash' : The Salt In the past three years, Midwestern farmers have seen flooding, then record-setting drought, and now flooding again. "As much as we think we have things cornered and we know what's going to be happening, you just don't know what will happen," a meteorologist says. 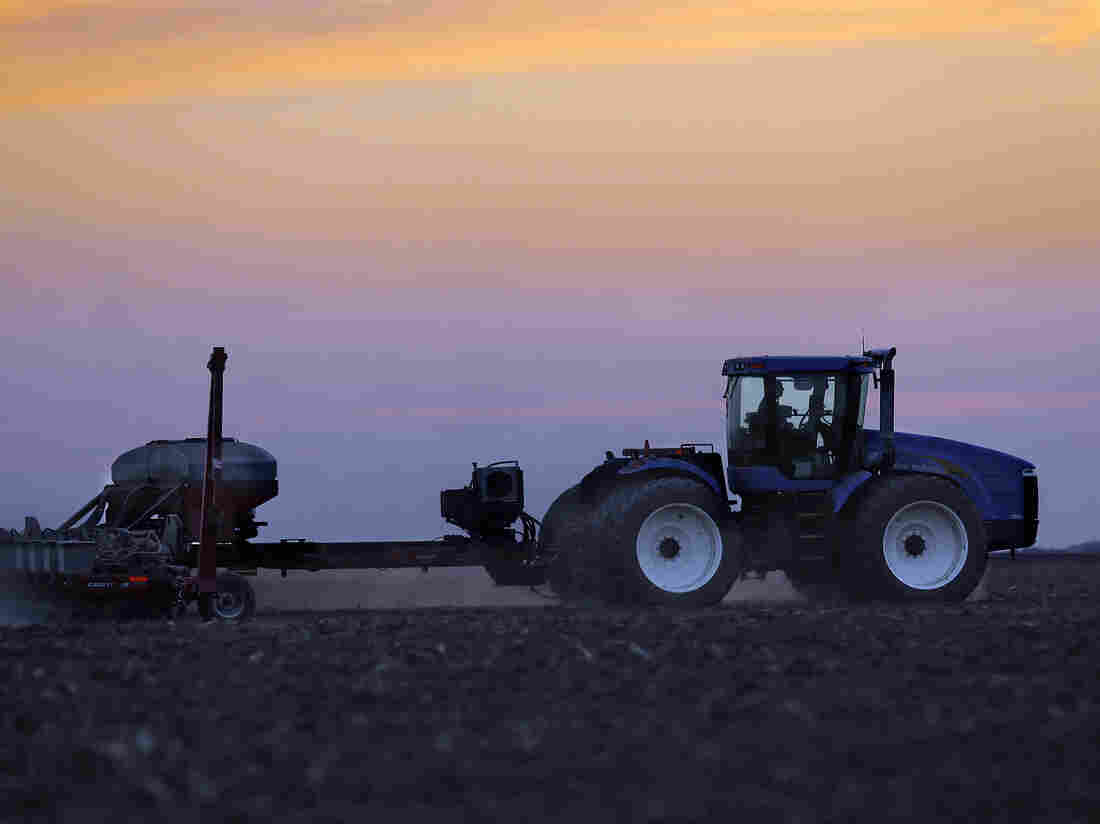 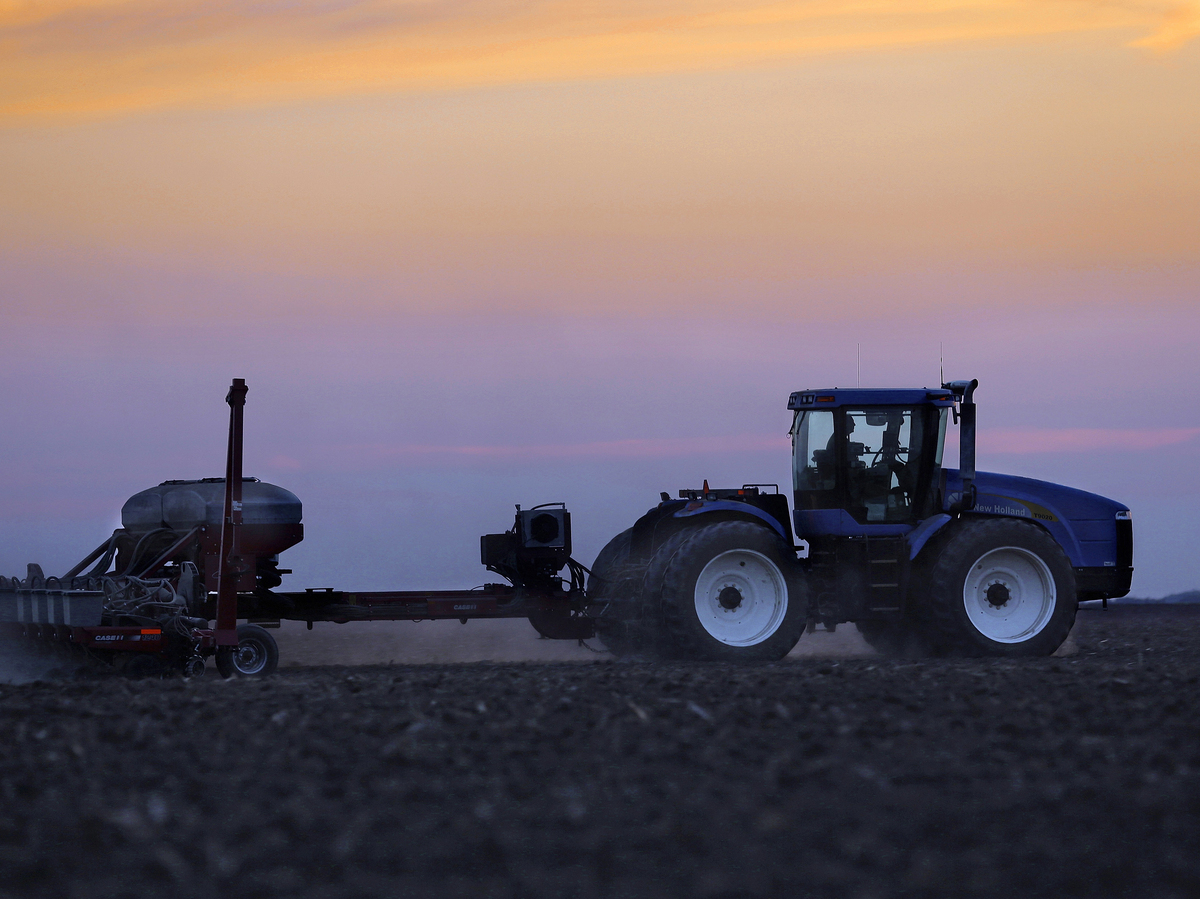 A central Illinois farmer plants corn seed into the evening in Farmingdale, Ill.

"The drought is over at the moment," he says. "But in Missouri, we tend to say that in 10 days or two weeks, we can be in a drought again. That's how fast it can get back to dry."

Midwestern farmers like Webber, who has a family farm in central Missouri, are suffering from "weather whiplash," according to meteorologist Jeff Masters. In the past three years, there's been flooding, then record-setting drought, and now flooding again.

"It's a term I'm going to be using a lot in the coming years, I think, because the jet stream patterns that we're familiar with have changed in the last few years," says Masters, who co-founded Weather Underground. "They've slowed down, exposing us to longer periods of extreme weather, and they've gotten more extreme."

More research is needed, but Masters says the jet stream patterns may have changed because the polar regions are warming faster than those around the equator.

Such extremes have led to something other than classic drought, says Brian Fuchs of the U.S. Drought Monitor.

"We've seen drought jump around," he says. "Where typically we identify drought as a slow, creeping type of [phenomenon] that takes time to develop and takes time to improve, last summer was more of a 'flash drought,' where we saw this drought rapidly develop and rapidly intensify."

Fuchs credits his colleague, Mark Svoboda, a climatologist at the National Drought Mitigation Center at the University of Nebraska, with the term "flash drought." The flash drought of 2012 was brought on by a mild winter followed by an extremely warm spring with no precipitation, followed by a similar summer, Fuchs says.

Much like flash flooding, a flash drought can be dangerous, he says. The drought racked up $35 billion in losses, according to one analysis of natural disasters.

Will it happen again this year? Probably not, thanks to a cool, wet spring in most of the Midwest, Fuchs says, but the flash drought wasn't predicted last year, either.

"Mother Nature is always going to throw us that curve ball," he says. "As much as we think we have things cornered and we know what's going to be happening, you just don't know what will happen."

The most recent report from the U.S. Drought Monitor, released each Thursday, shows no drought conditions in most of the Midwest. But drought still affects 44 percent of the U.S., mainly in the West.

"I don't see any change from the pattern that we've had for about the last month or two: very wet over the central U.S. and Eastern U.S. and very dry over the West," Masters says. "There's just going to be a very sharp dividing line. There's going to be the haves and the have nots, right next to each other."

So what can farmers do if the drought suddenly does return to the Midwest?

Webber said many of his neighbors bought extensive irrigation systems this year. Although, he says, if the wells, ponds and lakes go dry as they did last year, the equipment will be useless.

Many can also count on financial protection offered through crop insurance — a national issue now being debated by Congress as part of the Farm Bill, as NPR's Tamara Keith reported.

Last year in Audrain County, Mo., where Webber lives, $60.7 million in crop insurance payments were made, according to USDA statistics. That's one of the highest in the country, rivaled by just a few counties in Illinois.

Meanwhile, as of last week, Webber had planted only 750 acres of what he hoped would be a total of about 1,200 acres in corn, scaled back from his usual 1,600. He's also started planting soybeans, which can go in a little later than corn, and that will fill out the rest of his 4,000-acre operation.

"We could still have a good crop," he says, "but not a record crop."