Accessibility links
Why Bill Gates Is Investing In Chicken-Less Eggs : The Salt Investors like Gates are betting that our planet can't sustain the current rate of growth in animal-based foods for too much longer. Products like Beyond Eggs, a plant-based substitute, are designed to fill the void. 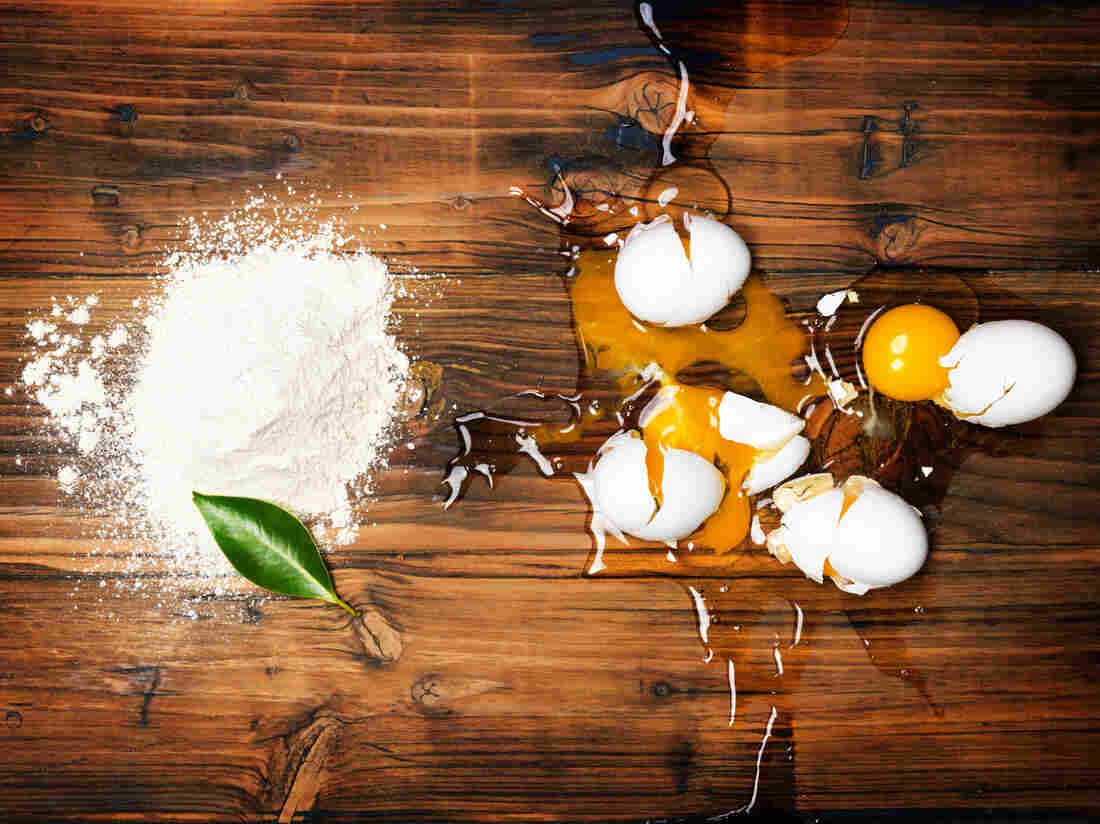 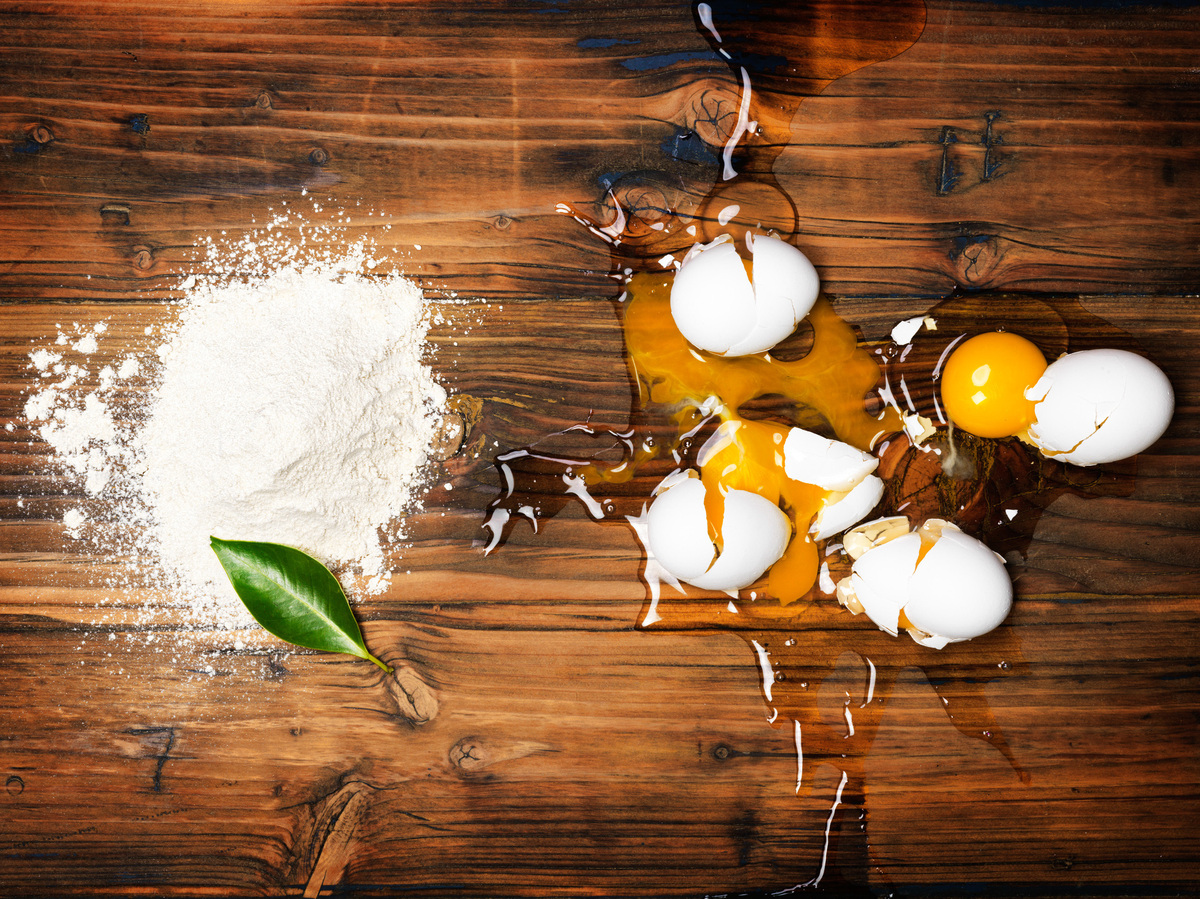 The egg of the future may not involve a chicken at all. In fact, in the high-tech food lab at Hampton Creek Foods in San Francisco, the chicken-less egg substitute has already been hatched.

"We're trying to take the animal totally out of the equation," Josh Tetrick, founder and CEO of Hampton Creek Foods, told me.

Hampton Creek's egg substitute product is called Beyond Eggs. It's made from bits of ground-up peas, sorghum and a few other ingredients, and it's attracting the attention of high-tech investors including Bill Gates.

If you listen to my story on All Things Considered, you'll hear that it's pretty hard to distinguish between cookies made with Beyond Eggs and those made traditionally with real eggs. The company has also developed an eggless mayonnaise and salad dressing using its egg substitute.

And why does this matter? Well, investors like Gates are betting that our planet can't sustain the current rate of growth in animal-based foods for too much longer.

In 2000, the global demand for eggs was about 14 million tons, according to the U.N.'s Food and Agriculture Organization. By 2030, that's expected to climb to 38 million tons. 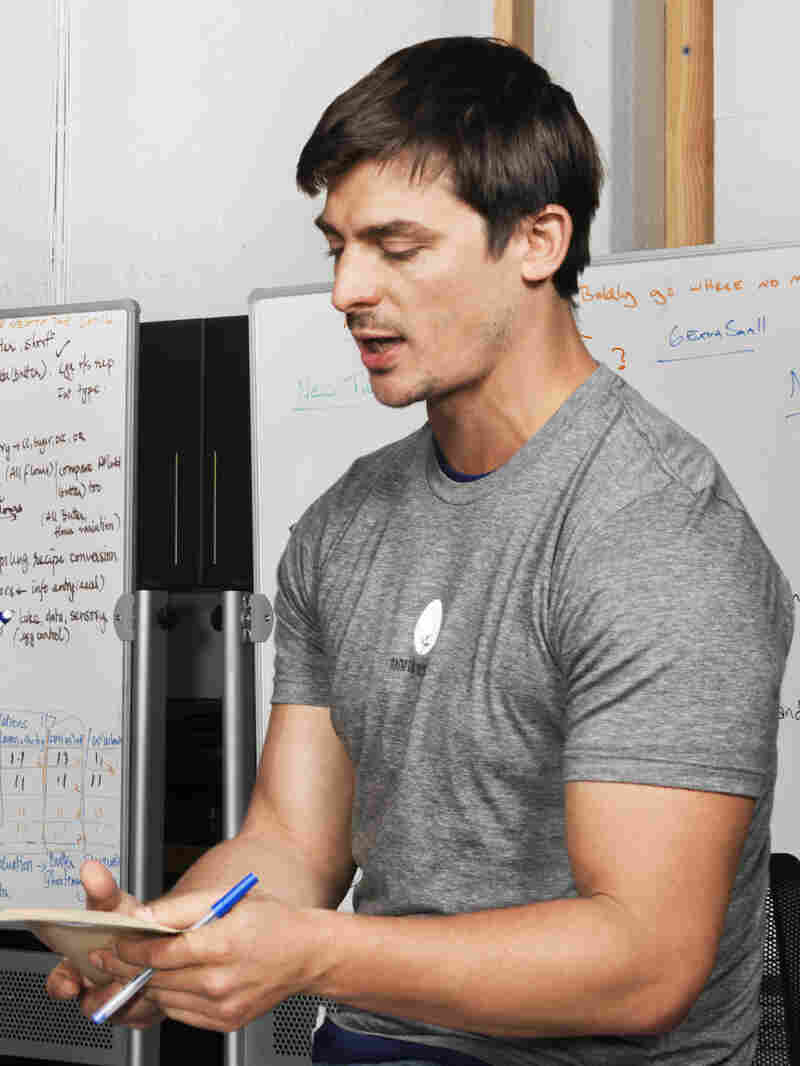 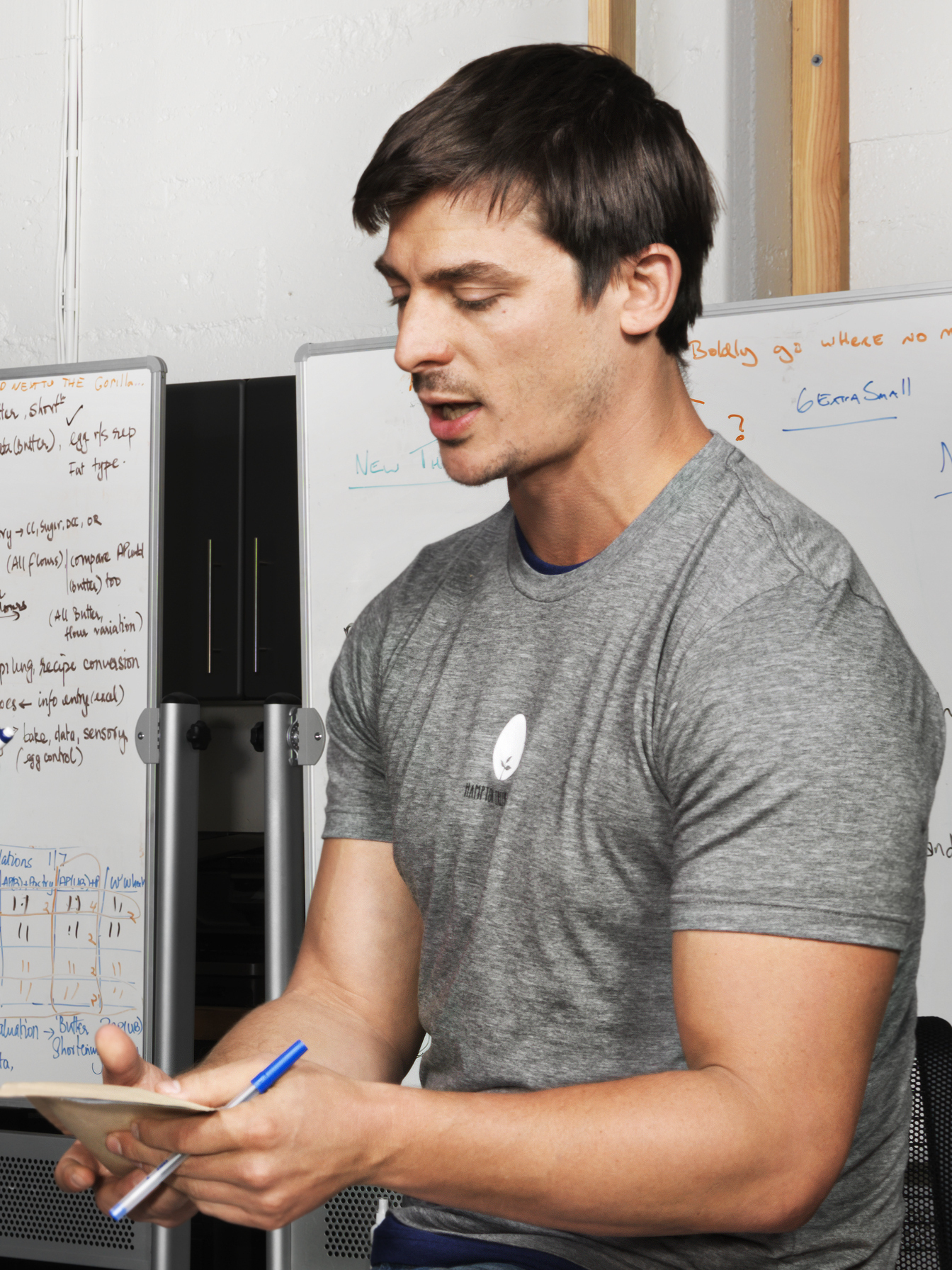 Hampton Creek founder Josh Tetrick is hot on the trail of the chicken-less egg.

This is part of a broader global trend: As nations become wealthier, people begin to eat more animal products. In fact, the annual per capita consumption of meat has doubled since the 1980s in developing countries, and meat production is projected to double again by 2050, according to this FAO report.

"Raising meat takes a great deal of land and water and has a substantial environmental impact," Gates writes. (Note: The Gates Foundation is a funder of NPR's coverage of global health). "Put simply, there's no way to produce enough meat for 9 billion people," Gates concludes.

A big part of the environmental footprint of eggs and meat (as this infographic shows) is the amount of water and land it takes to grow the grain that's fed to animals used in food production. There's also the fossil fuel energy needed to produce and transport the products.

So increasingly, innovators are looking to develop plant-based alternatives. For instance, Beyond Meat is producing a meat-substitute product that's gaining a lot of attention. And there are more companies marketing egg-substitute products, such as Bob's Red Mill and Ener-G Inc.

But she says what is new is the growing global demand for plant-based foods.

"Today, having an egg-replacement or non-egg label [on a packaged food] is very appealing in the food industry," says Shelke.

There are lots of reasons behind the eggless appeal. Fake eggs don't raise the same food-safety concerns (as we reported, a salmonella outbreak linked to eggs sickened 1,600 people in 2010). And some consumers also worry about food allergies and the cholesterol found in eggs.

So, what's Tetrick's next challenge in bringing his plant-based egg one step closer to the real thing? He wants to perfect his version of the scrambled egg. So far, it's been tough to get the texture right, he says: His eggs tend to crumble into little pieces in the mouth.

If you want to see how Hampton Creek's eggs scramble up, take a look at this video.