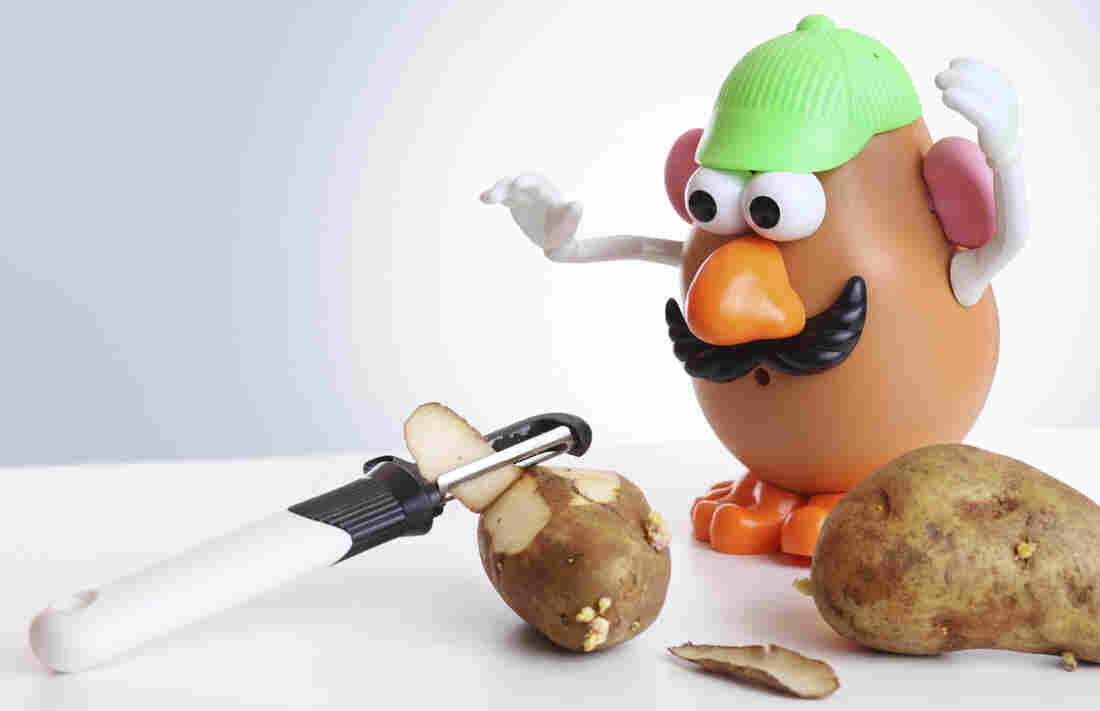 Clearly, he's as surprised by the allegations as the rest of us. iStockphoto.com hide caption 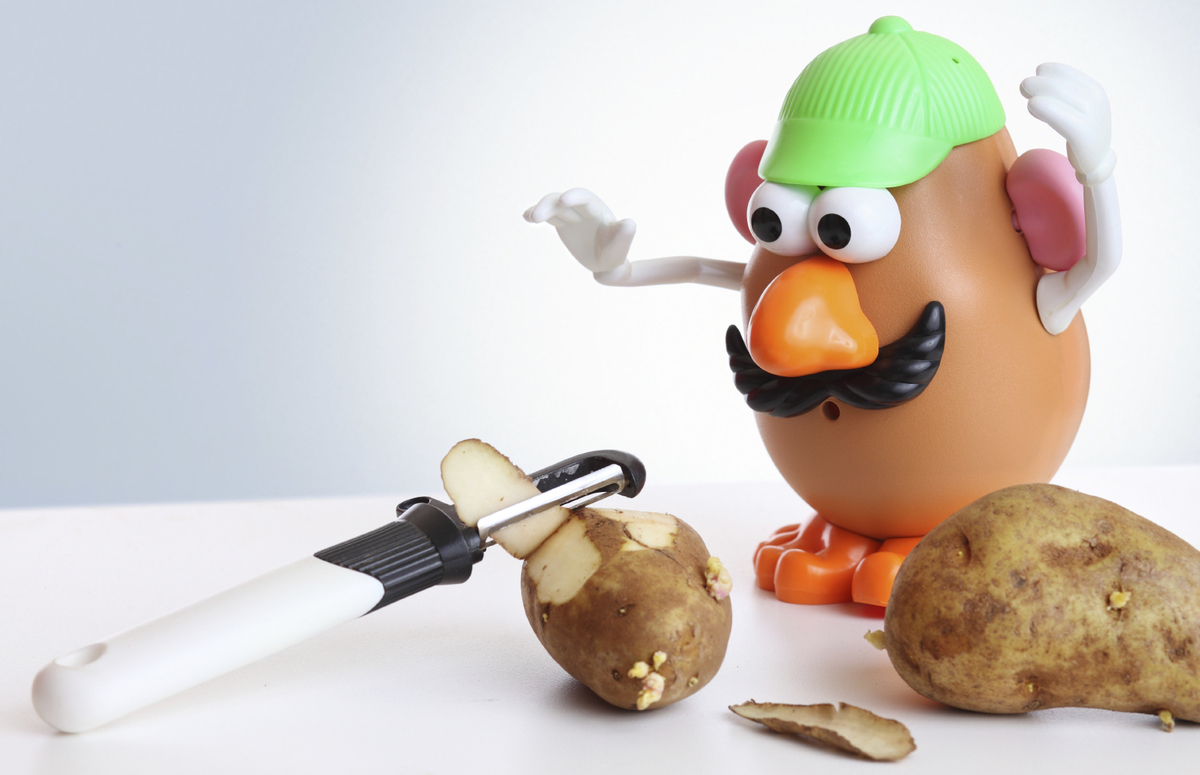 Clearly, he's as surprised by the allegations as the rest of us.

Editor's Note: Many of you noted that the price for a 10-pound bag of potatoes cited in the lawsuit seems ridiculously high. So we look into the matter further — you can read what we found in this follow-up post.

Sound like the makings of a Hollywood thriller? These are actually among the allegations being thrown about in a federal court case against America's alleged "Potato Cartel." It's enough to make Mr. Potato Head blush.

A civil lawsuit that last week shifted into U.S. district court in Idaho — America's potato country — alleges that the United Potato Growers of America has become a veritable OPEC of spuds. The group's members, who produce about 75 percent of the potatoes grown in this country, are accused of illegally conspiring to inflate 'tater prices.

The allegations, which the potato growers deny, are being lobbed by the Associated Wholesale Grocers, which represents more than 1,900 retailers, according to its website. The grocers group is based in Kansas, where the suit was originally filed this spring.

In their lawsuit, the grocers accuse Big Potato of enforcing its pricing schemes through a variety of strong-arm, high-tech means, including using GPS systems and satellite imagery of farmland to make sure farmers aren't planting more spuds than they're supposed to. They were "using Spudnik, if you will, from the sky," AP reporter John Miller, who recently wrote about the case, joked with Robert Siegel on All Things Considered in describing the lawsuit's allegations. Growers who violated the production limits, the suit alleges, were fined $100 per acre.

At issue is whether the potato growers were engaging in predatory conduct or merely running a smart cooperative that helped its members avoid the cycle of boom and bust in the potato biz. According to its website, United Potato Growers of America formed in 2005, following the creation a year earlier of an Idaho cooperative with a mission to "manage their potato supply, matching it to demand to help their growers receive a reasonable price for their product."

Mission accomplished, it would seem: As AP's Miller notes, the lawsuit alleges that in 2007, a 10-pound bag of potatoes sold for about $8 or $9; by 2008, the lawsuit alleges, that price had shot up to $15 or so. (Update: Some of you have noted that these prices sound too high. Here's what the lawsuit alleges: "In 2005-06, UPGI [United Potato Growers of Idaho, an affiliated group] helped erase 6.8 million cwt. [hundredweight] of potatoes from the U.S. and Canadian markets. This helped drive up the market price over 48 percent." Update No. 2: Elsewhere, the suit also states: "As a result of these efforts, by the summer of 2008, according to the Idaho Potato Commission, a ten pound bag of potatoes cost consumers $15 — up $6 over 2007.")

Now, under a 1922 law known as the Capper-Volstead Act, agricultural producers are allowed to band together to more efficiently market their products. And the potato folks clearly think they're on the right side of the law.

In a statement, UPGA told NPR: "United Potato Grower's goal has been to help growers provide quality potatoes at reasonable prices to American consumers. We have always acted openly and within the bounds of the law. We are confident in our legal position and look forward to a favorable outcome in court."

But in recent years, the Justice Department has been scrutinizing just how far such antitrust exemptions should apply to large modern agricultural operations.

And the current lawsuit is quite similar to another lawsuit filed against the potato co-op back in 2010. The judge in that case, Miller says, rejected a motion to throw the case out of court. Instead, the judge says it remains an open question just how far growers can stretch Capper-Volstead's antitrust protections.

You can hear Robert Siegel's interview with John Miller by clicking on the audio link at the top of this page.

After this interview aired and was published online, AP reporter John Miller contacted us to let us know he'd misstated the years referenced in the example from the lawsuit. The lawsuit alleges that the price of a 10-pound bag of potatoes rose from about $9 in 2007 - not 2004 - to $15 in 2008 - not 2006, as the audio implies and was previously stated in the Web version.