Accessibility links
Hot Dogs, Bacon And Red Meat Tied To Increased Diabetes Risk : The Salt A fresh study looks at what happens after people change their meat-eating habits. Those who upped their intake — about 3.5 servings more per week — saw their risk of developing Type 2 diabetes during four years of follow-up increase by almost 50 percent. 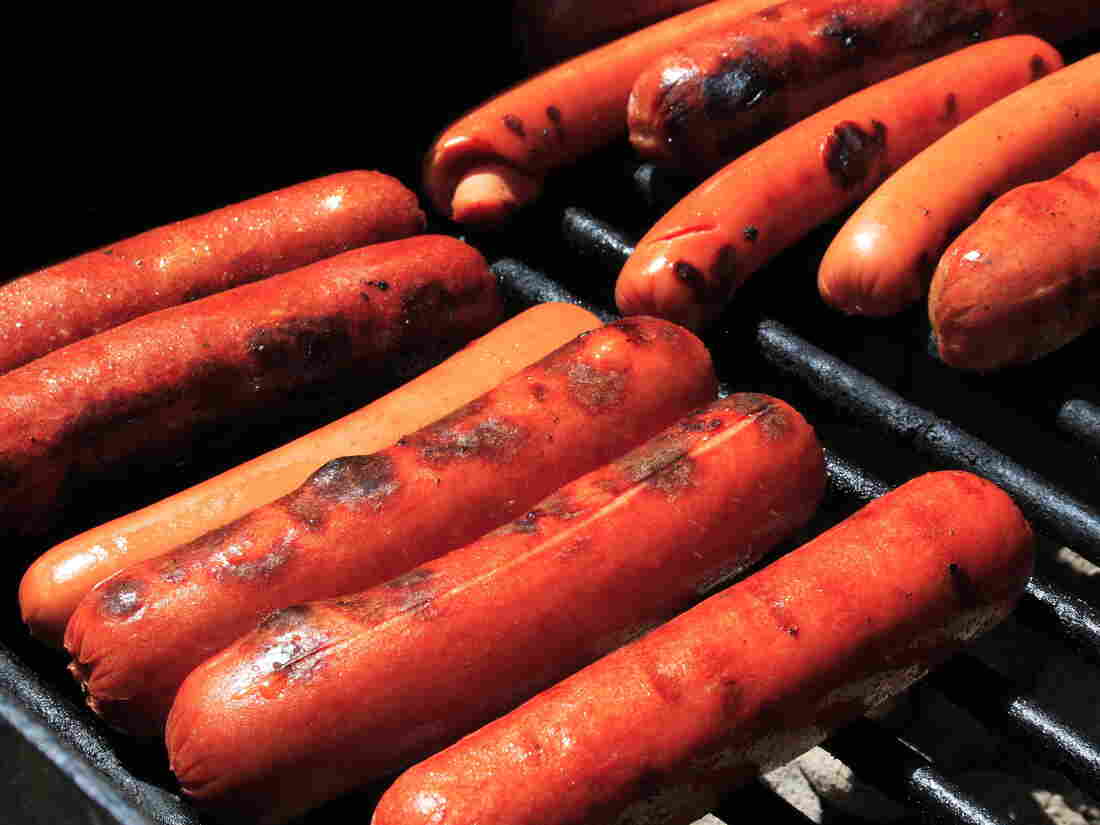 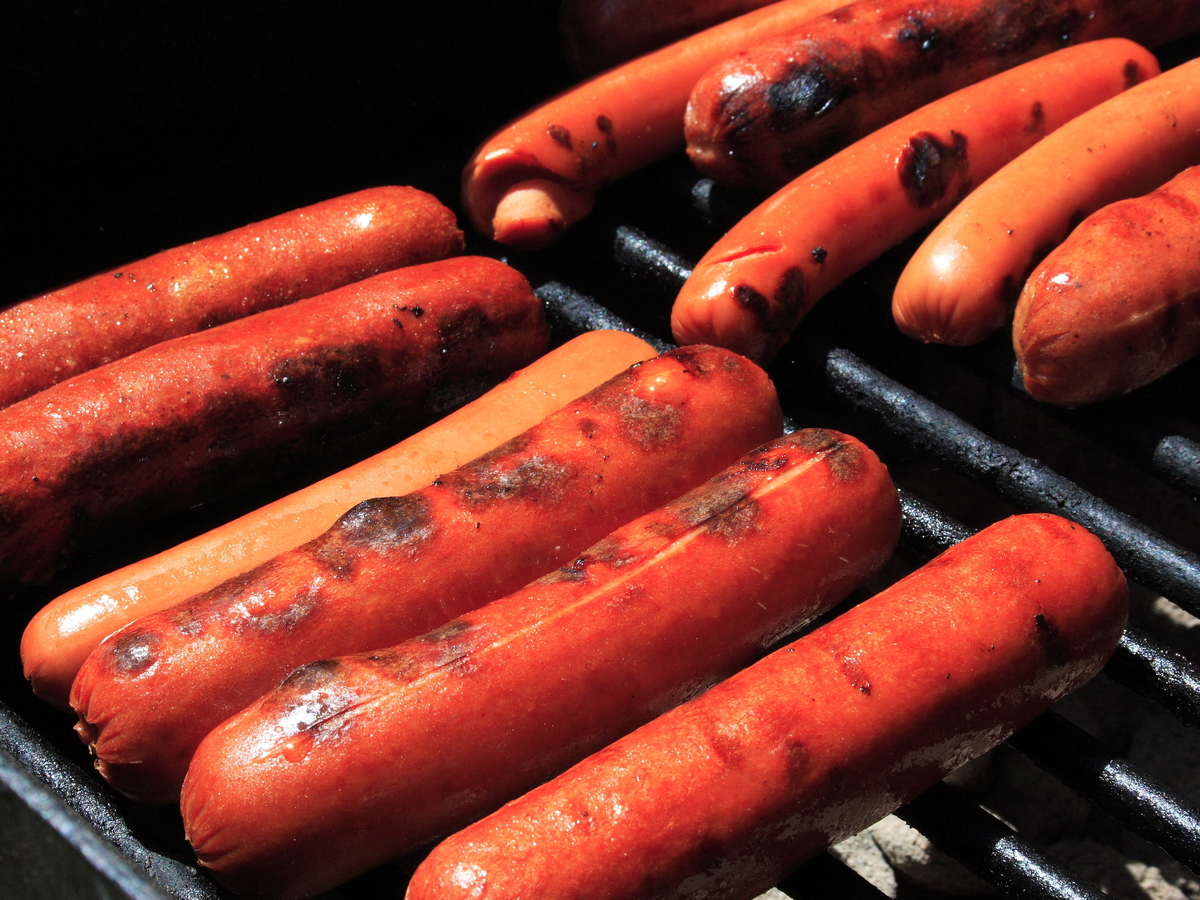 You've likely heard about the link between sugar consumption and Type 2 diabetes. But fresh research ties another dietary pattern to increased risk of the disease, too: eating too much red meat.

It's not that we are trying to pick on meat (I'm a meat-eater, in moderation), but the recent studies linking carnivorous habits to health problems seem to be piling up. We've had Salami Suicide and Death By Bacon. Now, there's a study that links red meat consumption to an increased risk of Type 2 diabetes.

The researchers tracked what happens after people changed their meat-eating habits, using data from the Health Professionals Follow-up Study and the Nurses' Health Study, which include about 100,000 people. Diet was assessed by food frequency questionnaires.

"Some people [in the study] increased their red meat consumption and other people decreased their consumption," says Dr. Frank Hu of the Harvard School of Public Health, one of the co-authors of the paper, which appears in JAMA Internal Medicine.

The study found that among those who started eating more red meat, about 3.5 servings more per week, the risk of developing Type 2 diabetes during four years of follow-up increased by almost 50 percent, which Hu describes as "a really large increase."

As with previous studies linking red meat to health concerns, the researchers found that processed red meats such as hot dogs and bacon were more strongly associated with the risk of diabetes.

Among those who starting eating less red meat, the risk of developing diabetes dropped by about 14 percent during a 10-year follow-up period.

Now, to put this study in context, it's important to point out that the most significant driver of Type 2 diabetes is body weight. People who are overweight and obese are much more likely to develop the condition.

Since red meat is typically high in calories and fat, some experts say that it's likely these factors that create the link between heavy red meat consumption and and increased risk of diabetes.

But in this study, the link held up even after the researchers controlled for the role of weight gain. And this suggests that there's an independent effect of red meat consumption increasing the risk of diabetes.

It's not clear what's happening in the body, but there are a few theories. It's possible that heavy red meat consumption can lead to iron overload, which sets the stage for insulin resistance.

It's also possible that compounds called nitrosamines play a role.

"Our understanding is that, especially [when they occur in] processed meats, these nitrosamines can cause inflammation," explains Dr. David Nathan, who directs the diabetes center at Massachusetts General Hospital.

And there's also some evidence that nitrosamines can damage the cells in the pancreas that make insulin. But experts say more research is needed to understand these connections.

In the meantime, Nathan says his advice is to pay attention to the big picture. If you like the occasional hot dog, that's OK. It's the overall pattern of eating and maintaining a healthy weight that's most important.

"Red meat should be considered in the setting of a balanced diet," says Nathan.