Accessibility links
The Martini: This American Cocktail May Have An International Twist : The Salt The martini has been called "the only American invention as perfect as the sonnet." But is this cocktail perfectly American? Maybe not entirely. In honor of National Martini Day, we decided to dig into the drink's muddled past.

The Martini: This American Cocktail May Have An International Twist

The Martini: This American Cocktail May Have An International Twist 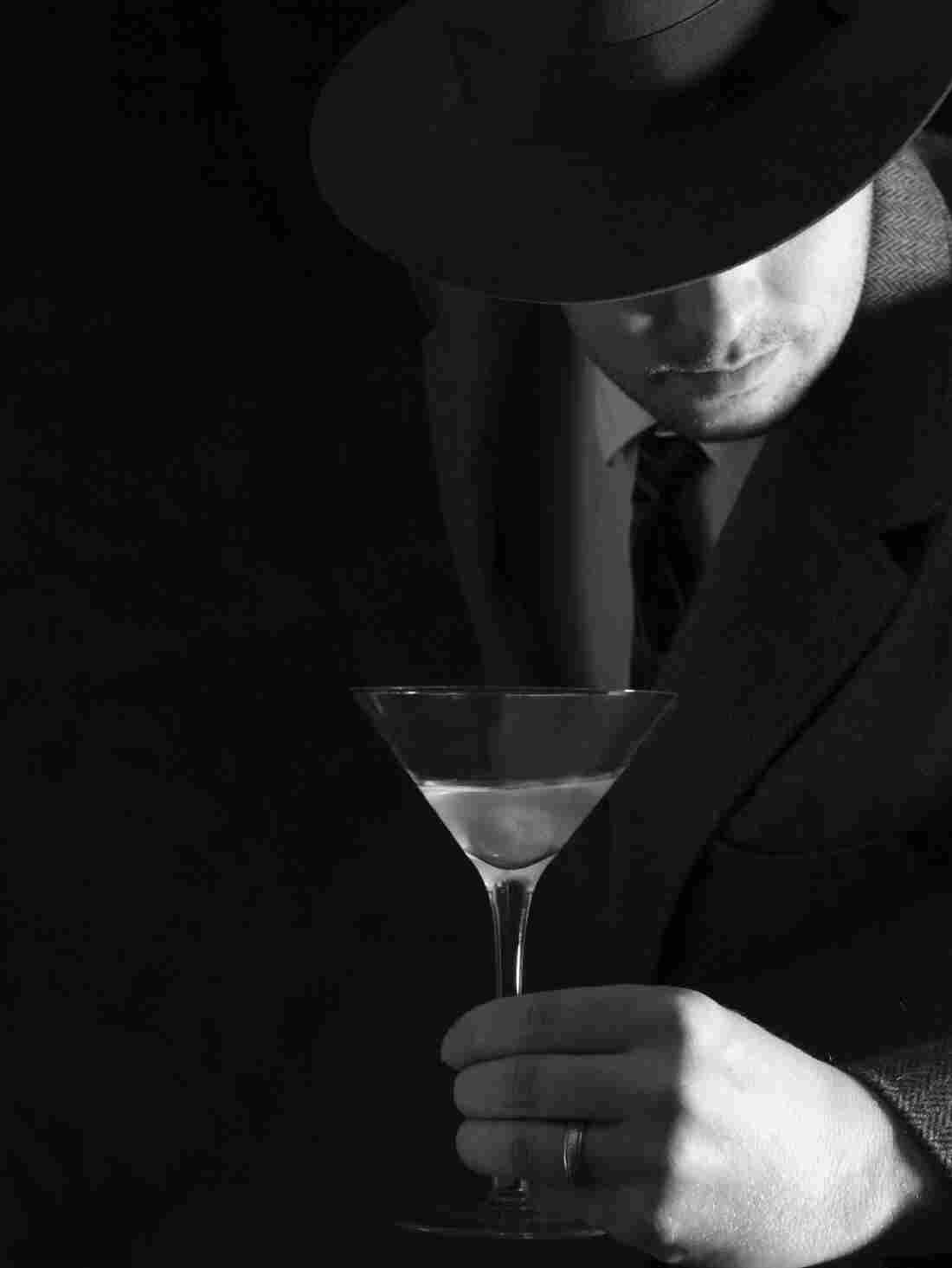 The martini: international drink of mystery?

There's no cocktail more distinctly American than the martini. It's strong, sophisticated and sexy. It's everything we hope to project while ordering one.

Baltimore-born satirist H.L. Mencken is said to have called the martini "the only American invention as perfect as the sonnet." But is the martini perfectly American? Maybe not entirely.

So in honor of National Martini Day on Wednesday, we decided to dig into the drink's muddled past.

The history of the martini is a murky one. As is the case with many alcoholic concoctions through time, things weren't always written down, and memories got fuzzy from drinking a few of them.

Many historians follow the martini back to a miner who struck gold in California during the Gold Rush. The story goes that a miner walked into a bar and asked for a special drink to celebrate his new fortune. The bartender threw together what he had on hand — fortified wine (vermouth) and gin, and a few other goodies — and called it a Martinez, after the town in which the bar was located.

The Martinez was a hit, according to the city of Martinez's official website, and word soon spread about the new drink. It was published in the Bartender's Manual in the 1880s.

And yet, author Barnaby Conrad III, who wrote a book on the drink's history, asserts that San Francisco is the martini's true birthplace. Then there's the claim that a New York bartender created it in 1911.

And wait, there's more: An Italian vermouth maker started marketing its product under the brand name Martini in 1863.

"Personally ... I think the martini may have gotten its name because of Martini & Rossi vermouth," says Robert Hess, secretary of the Museum of the American Cocktail in New York. "A customer asks for a 'Martini' cocktail because it utilized that product, much as they might ask for a 'sherry' cocktail in those days if they wanted a cocktail which used sherry. During the 1800s, many drinks were named very simply (gin cocktail, fancy gin cocktail, gin cobbler, gin daisy, etc.)," Hess tells us via email.

Over the years, the drink's fame has grown, as its ingredients (Butterscotch? Seriously?), the ratio of spirits to vermouth, and even its name changed (try saying Martinez three times fast). And there are people who prefer drier versions of a martini, vodka instead of gin, and shaken instead of stirred.

But where does that all-important olive garnish come in?

Nobody knows for sure, but our far-flung correspondent Deborah Amos may have a lead.

Last year, she tells The Salt, she was interviewing a Dr. Ammar Martini, a member of the Syrian Red Crescent, at a Syrian rehab hospital on the Turkish border.

"As we were chatting, I said, 'Hmmm, Martini, that's an unusual Arab name, no?' And he said, 'There are a lot of Martinis in northern Syria. In fact, my grandfather gave the name to a famous drink in the West,' " Amos recalls.

And how did that happen? she asked. Martini said that after the French left Syria (they occupied it from 1920-1946), his grandfather went to Paris and ran a bar and a café.

"His contribution to the famous drink, according to his grandson, was to put an olive in the glass — and he did so because Idlib province in Syria [where he was from] is famous for olives — and so the drink was called Martini after its Syrian inventor," she tells us.

While it's a great story, "unfortunately, this particular one doesn't hold up when you realize that the martini cocktail existed pre-1900," Hess says.

It seems that everyone wants to take credit for this famous cocktail.

Extra Credit: In 1935, Mencken wrote an essay called How to Drink Like a Gentleman: The Things to Do and the Things Not To, as Learned in 30 Years' Extensive Research, which contains some surprisingly modern advice about how best to enjoy alcohol and some sharp passages on the state of American education.

"Drinking with skill and taste is no more a natural art than love; either it must be learned by the onerous process of trial and error, or it must be taught," he writes. The essay was recently republished here by Gawker.