Accessibility links
Fruity With A Hint Of Bologna: A Slacker's Guide To Wine Tasting : The Salt Science is a beautiful thing — especially when it helps you impress your foodie friends. Here we present five easy party tricks — based on science, natch — that will make you look like a wine tasting pro. Do try this at home. 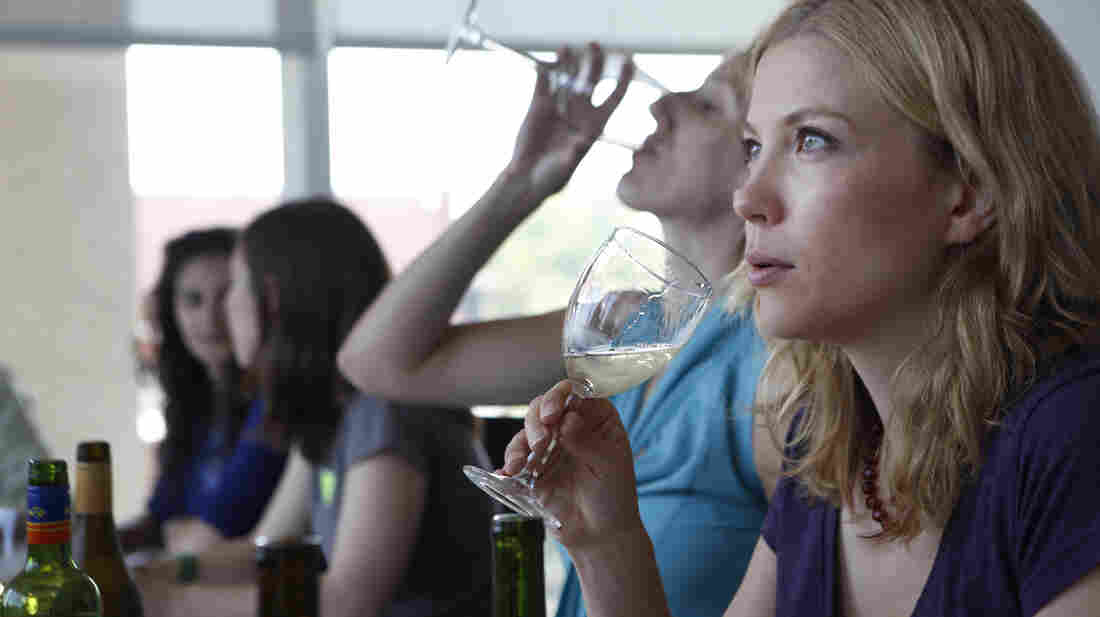 Our class of newbies learns how to pick up that buttery taste in a glass of chardonnay. Heather Rousseau/NPR hide caption 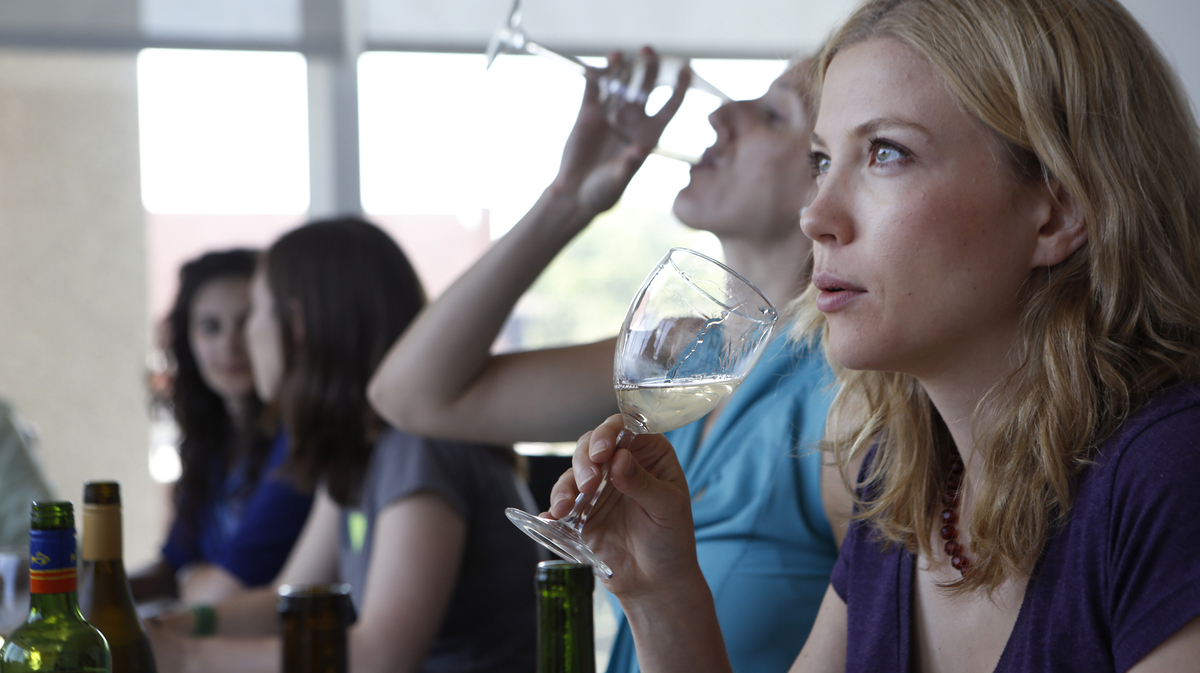 Our class of newbies learns how to pick up that buttery taste in a glass of chardonnay.

Wine tasting has taken it on the chin recently.

"There are no two ways about it: the bullsh*t is strong with wine."

That's what Robert T. Gonzales recently wrote on io9.com in a post that eviscerated wine tasting as a form of skilled craft. "Wine tasting. Wine rating. Wine reviews. Wine descriptions," he writes. "They're all related. And they're all egregious offenders, from a [expletive deleted] standpoint."

But then Gonzales goes on to cite a piece written by disgraced science journalist Jonah Lehrer to back up his argument. And that's when I start detecting hints of bologna.

Gonzales' comments swirled up the bee's nest. And wine lovers have come up from the cellars to defend their sniffing, gurgling and spitting on the blogosphere.

We're not here to enter the debate. But rather, we wanted to give you an insider's look at a few places where the science of wine tasting is clear-cut — and relatively easy to learn.

Most of what we taste in wine comes from its aroma. Connoisseurs like to talk about the complex aromas of wine — hints of strawberry or citrus, for example. But don't let that intimidate you. Mastering three or four of these aromas will take you far in the wine tasting world, impressing even your most die-hard oenophiles. Here's what you need to know.

1. Put your face close to some wood. Take a deep breath.

Got a pretty good idea what that smells like now? Good. That's what chardonnay and cabernet sauvignon smell like when winemakers store them in oak barrels. 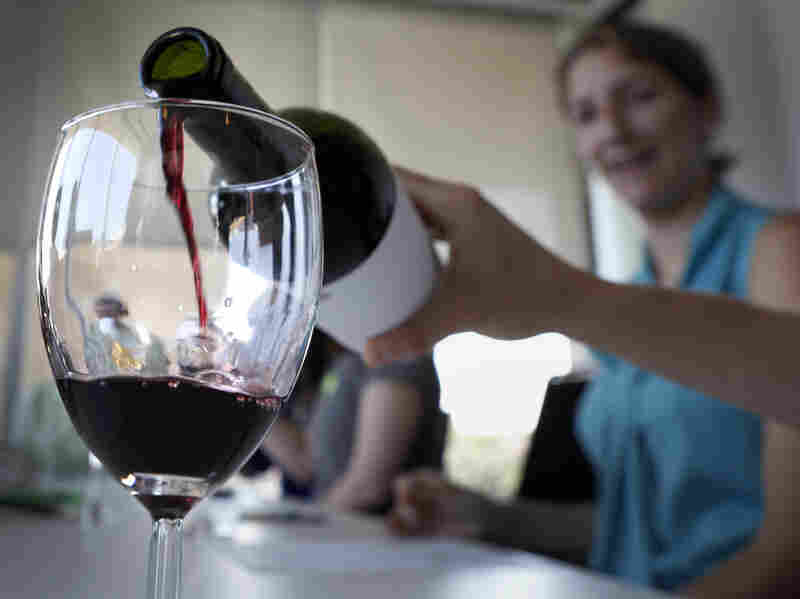 Swigging for science: A hint of oak, our wine tasting newbies learned, is more common in reds than whites. It's a marker for expense in both. Heather Rousseau/NPR hide caption 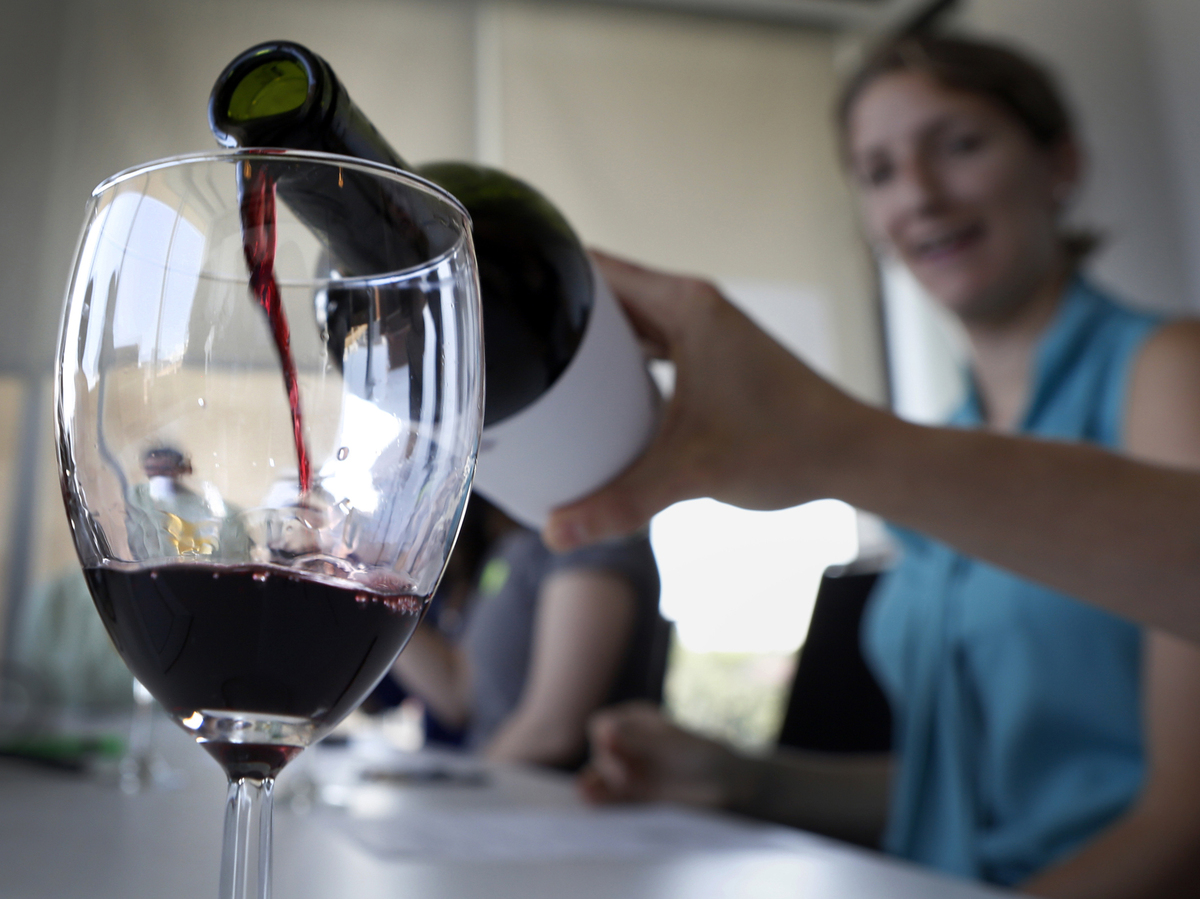 Swigging for science: A hint of oak, our wine tasting newbies learned, is more common in reds than whites. It's a marker for expense in both.

Many red wines spend time in oak barrels. So if you call a California red "oaky," chances are, you'll be correct. But no one will be impressed.

The way to get a little cred is to state confidently whether or not your chardonnay has been stored in oak. As in: "Hmm, I really like the oak flavors of this chardonnay." Or conversely, "I enjoy a chardonnay that hasn't been oaked."

The woody aroma comes from compounds called whiskey lactones, which leach out of the barrels into the wine over the years. An oaky aroma is generally associated with more expensive wines.

Here's a trick that will really knock the socks off your wine friends. Next time you're enjoying a red wine, say, a California pinot noir, and you smell vanilla, simply proclaim, "Clearly, this wine was aged in American oak, not French." Practice by huffing on some vanilla extract in your kitchen.

Winemakers typically use one of two types of oak barrels for storage: French or American oak. The American wood releases more vanillin into wine than French oak does. And guess what vanillin smells like? Yup, vanilla beans.

Certain types of grapes, aka varietals, have their own distinctive aromas. Perhaps the most distinctive is the cabernet sauvignon grape, which smells like green peppers. Both get their signature smell from pyrazines; with grapes, the scent is strongest when they aren't quite ripe — and you can still detect that scent in the resulting wine.

So swirl your next cab. Take a whiff of it. If there's a faint hint of green pepper, then try a statement like, "There are definitely some pyrazines in this cab. The grapes must not haven ripened fully. Please take this inferior wine away from me."

Our final party trick is a bit complicated, but it's so worth the investment.

Grapes taste tart because they contain an acid found in Granny Smith apples. Winemakers can get rid of this sourness by adding bacteria into their fermenting juice. The bug converts the tart acid into less tart acids, like the ones found in milk. Along the way, bacteria also churn out a butter flavor, called diacetyl — the same compound food scientists put in imitation butter and microwave popcorn.

The process is called malolactic fermentation, or MLF for short. Wines that have gone through MLF have a smoother mouth feel and a butter or butterscotch smell that's a dead giveaway. The more buttery the wine, the bigger the price tag.

To master these wine tasting tricks, you probably need some training. Here's a cool way to do it: Take a cheap, flavorless wine and then spike it with one of the compounds above — say, a few drops of vanilla extract or imitation butter. Then use it as a reference while you sniff the good stuff.

We tried out this training strategy here at The Salt with a few chardonnays, and the results were impressive. By learning to sniff out the buttery aroma beforehand, 10 out of 10 newbie wine tasters could correctly identify the chardonnay that went through MLF.

Michaeleen Doucleff is a reporter and producer on NPR's Science Desk. She has a master's in winemaking from the University of California, Davis.