Accessibility links
'Heart Attack On A Hook': Meet America's 'Worst Restaurant Meal' : The Salt Long John Silver's Big Catch platter has plenty of fans. But the limited-time seafood dish is anything but healthful: The fish dish, complete with onion rings and hush puppies, comes in at a whopping 33 grams of trans fats — more than two weeks' worth, according to a nutrition watchdog group. 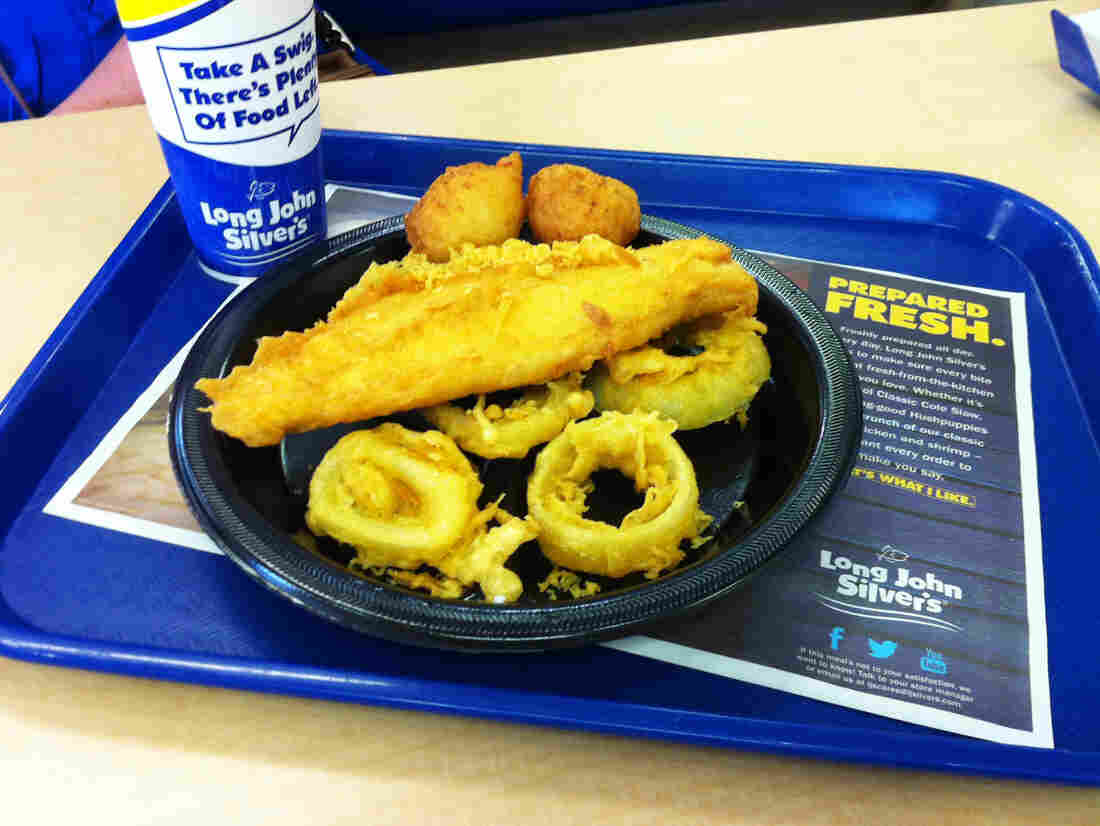 Long John Silver's Big Catch platter will net you 33 grams of trans fats in one meal. Courtesy of Clare Politano/Center for Science in the Public Interest hide caption 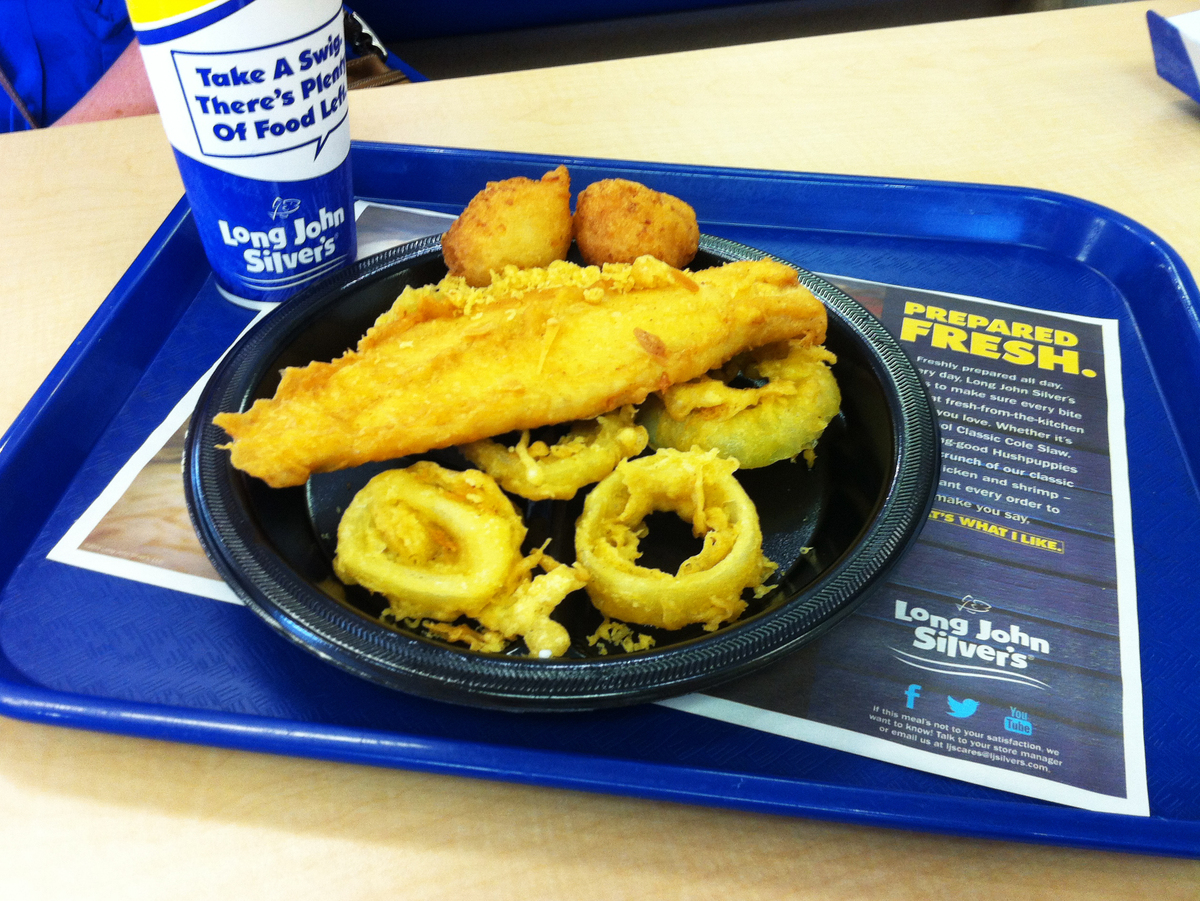 Long John Silver's Big Catch platter will net you 33 grams of trans fats in one meal.

Courtesy of Clare Politano/Center for Science in the Public Interest

Seafood is generally considered a more healthful choice when dining out — but not if you're battering and deep-frying it and serving it up with hush puppies and onion rings.

And that is precisely why the folks at the Center for Science in the Public Interest, a nutrition and health policy watchdog group, have named Long John Silver's new "Big Catch" meal the worst restaurant meal in America.

The meal, which debuted this May, sounds harmless enough on the surface, judging by the chain's marketing materials. Its centerpiece is "7-8 ounces of 100 percent premium Haddock caught in the icy waters of the North Atlantic."

But if you ate an entire Big Catch — complete with the sides of fried onion rings and hush puppies — you'd end up netting an unwelcome surprise: around 33 grams of trans fats. That's a lot — over two weeks' worth of the maximum daily intake recommended by the American Heart Association.

"We've actually never made this designation before," Jeff Cronin, CSPI's director of communications, told The Salt. "No exaggeration. No one here has ever seen this much trans fat in a meal."

And if that weren't enough, the Big Catch also contains 19 grams of saturated fat, 1,320 calories and almost 3,700 milligrams of sodium, CSPI found.

To find what is swimming around in the Big Catch meal, CSPI visited several Long John Silver's locations around Washington, D.C., and commissioned tests from the laboratory Eurofins. The results were startling enough for CSPI to to dub the meal "heart attack on a hook."

CSPI also found something off about the weight of the fish, too. When the researchers brought their Big Catch meals back to CSPI headquarters, they found that, once its breading was removed, a naked filet of fish weighed in at about 4 to 5 ounces.

In other words, customers aren't "getting 7 to 8 ounces of pure fish. They're getting fish plus several ounces of greasy batter," says CSPI Executive Director Michael Jacobson. "In our mind, this is the worst. It's the Mount Everest of trans fat."

In a statement, Long John Silver's told The Salt that "we stand behind our published food data and will review any requests from CSPI that raise questions about our data." The Big Catch, the company added, is a limited-time special "that delivers tremendous value to value hungry consumers."

Despite the "worst meal" designation, Long John Silver's Big Catch has plenty of fans, judging from the company's Facebook page, which features dozens of photos from customers posing with empty white to-go boxes. One post boasts of a customer who finished the Big Catch platter "in under 7 min!"

Interestingly, in another post on its Facebook page from May, Long John Silver's notes that "many doctors recommend eating seafood twice a week. We recommend getting it with Hushpuppies and fries!"