Accessibility links
How The DIY Butter Trend Got Churning : The Salt It's not just homesteaders, hipsters and foodies getting into the hands-on pursuit. The butter-churning craze is part of a larger, do-it-yourself food movement that includes everything from canning, to making homemade bitters, a food writer says. 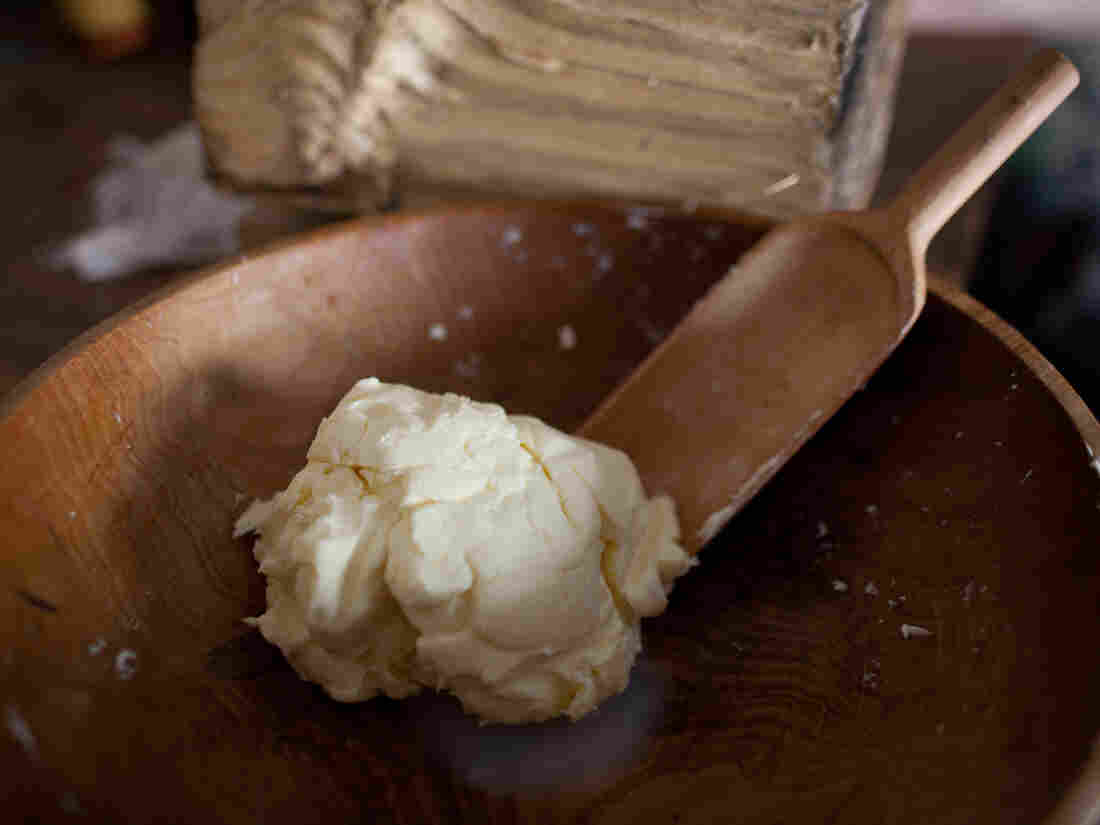 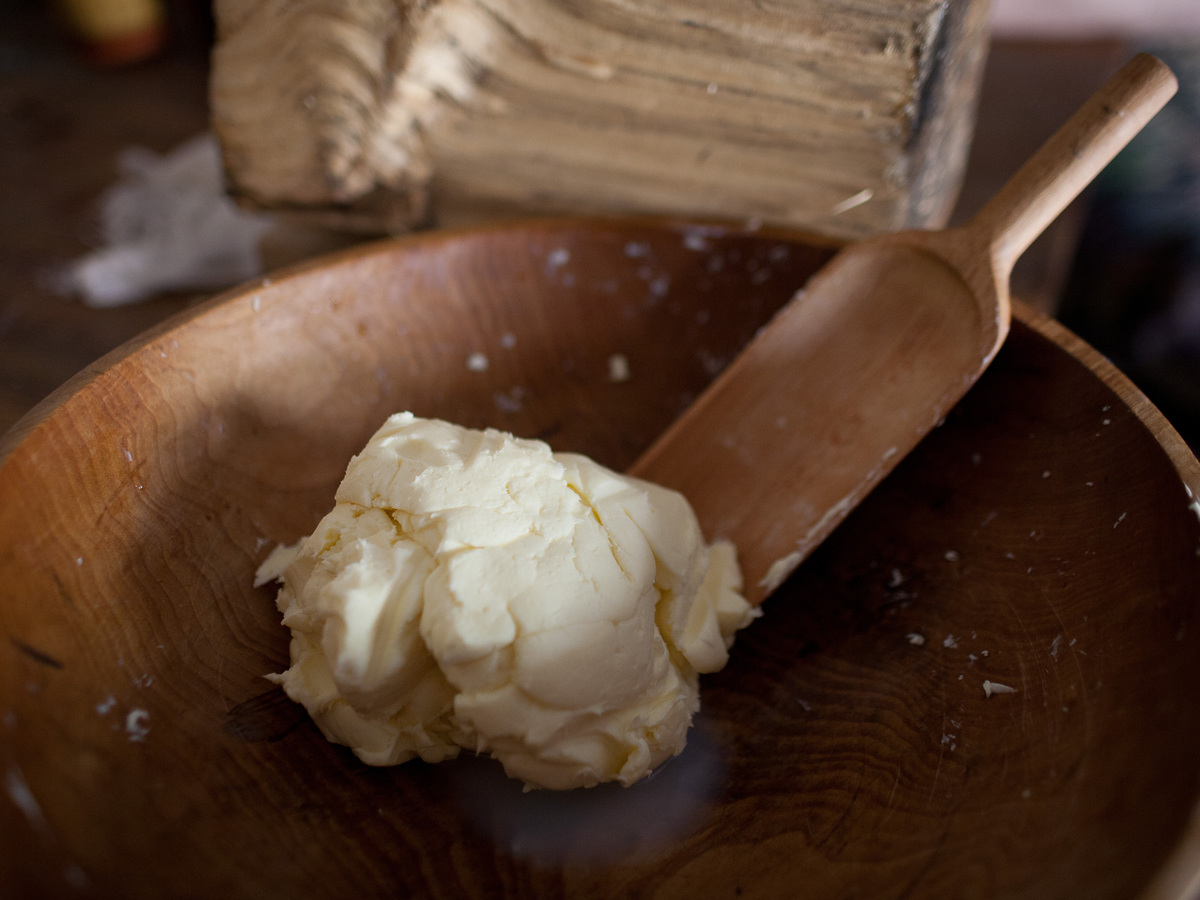 Butter churning demos can be found at Claude Moore Colonial Farm, but DIYers are rediscovering the art, too.

Artisanal food fever is raging, and the latest sign is the rise in sales of old-fashioned butter churns.

Purveyor Glenda Lehman Ervin of Lehman's sells old-timey kitchen gadgets online and at her family's store in Kidron, Ohio. She says the clientele is quite diverse. "There are lots of people interested," she says.

It's not just homesteaders, hipsters and do-it-yourself-minded foodies getting in on the hands-on pursuit.

This hobby has now spread to 40-something suburbanites, as I learned a few weeks back when I received an email invite to a butter-churning party.

Bring the kids, and bring your own cream (BYOC), the note said. The host, my friend Jerry Casagrande, promised pingpong too, perhaps in anticipation that the churning might get old quick.

Now, if you listen to my story, you'll appreciate that the technical feat of turning cream into butter is not much of a feat — if you follow the directions.

One of the most important make-or-break steps is the 15 to 20 minutes of continuous, vigorous churning, which entails cranking a handle. This can be a real workout for the arms — if you actually stick with the task. "It gets tiring," said Casagrande, the butter-churn owner. "That's why it's good to have a butter-churning party." 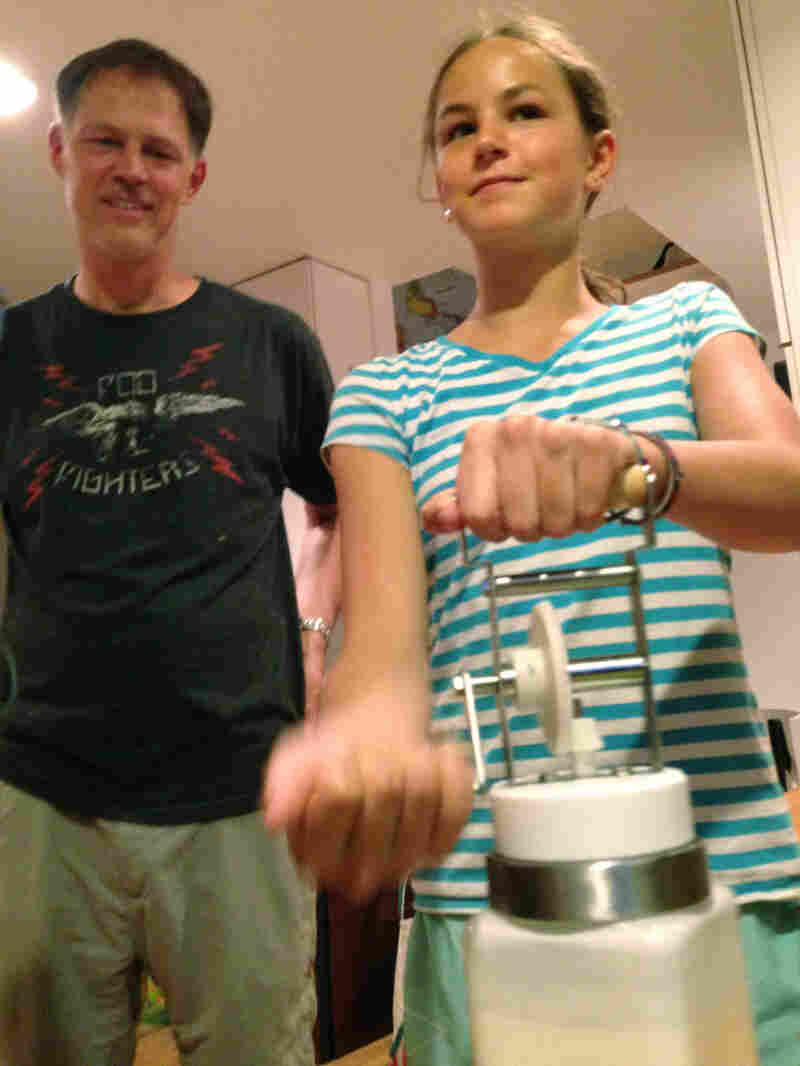 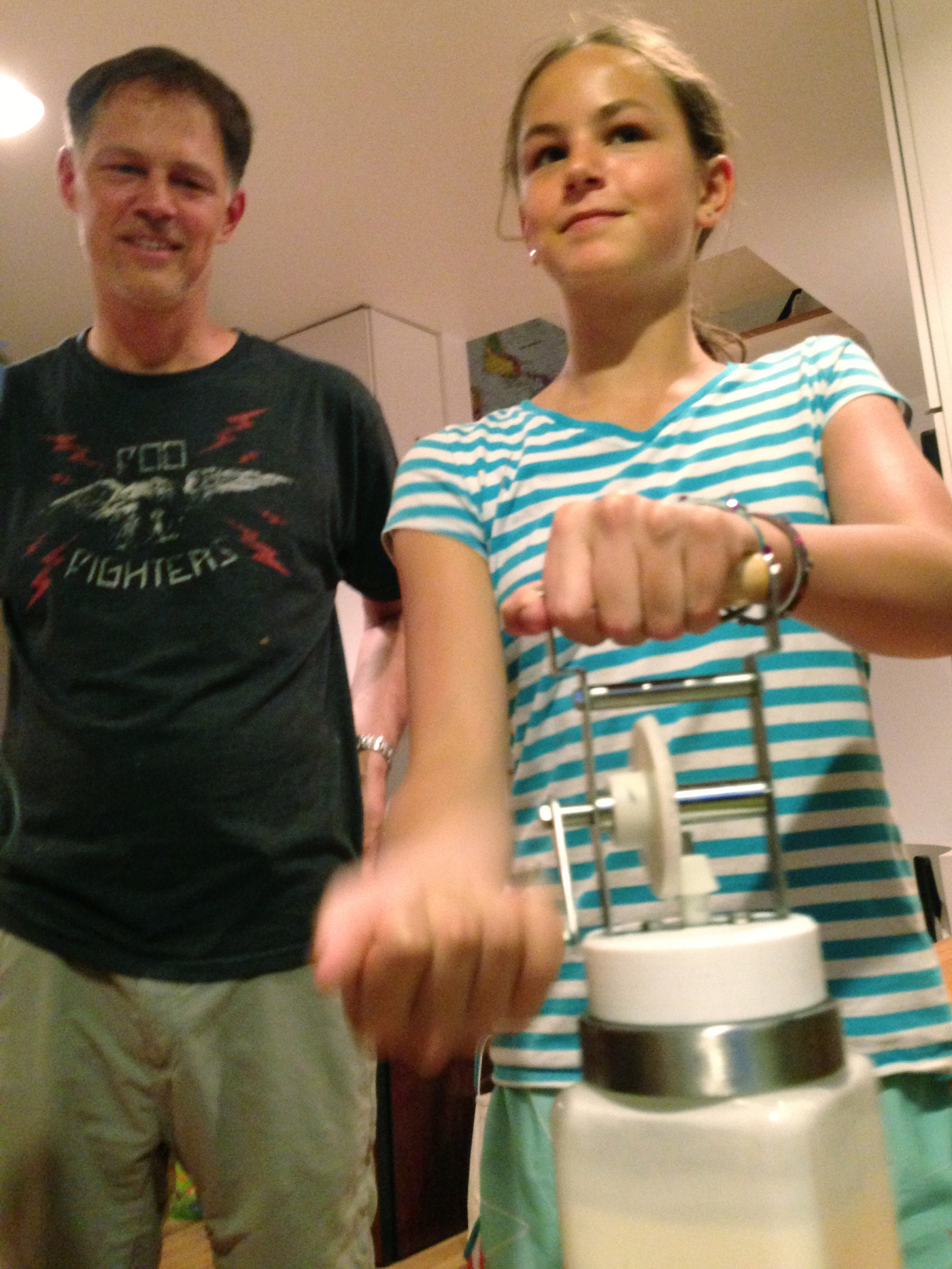 Now, I was skeptical that the churn, which basically looks like a gallon-sized glass jar with a crank on top, would hold the crowd's attention.

But it turned out that we gathered around the churn as if it was a campfire.

And as a few of the kids at the party started beating a toy drum to the rhythm of the churning, the whole scene felt part ceremony, part circus.

"Sounds like fun," Bee Wilson, British food writer and author of the food-gadget history book Consider the Fork, said when I told her about the party.

She had some smart ideas about why simple crafts like butter-churning have become trendy again.

"I think it's kind of a response to the computer age," Wilson says. And it is part of a larger, do-it-yourself food movement that includes everything from canning, to making homemade bitters or DIY ricotta.

"We're just spending so much of our lives living in a sort-of virtual capacity, staring at things, that's it very therapeutic to do things again," Wilson said.

And these hands-on projects can help us get our hands off our tiny, electronic devices.

Or, hey, you can also whip up some butter using a stand-mixer recipe in a jiffy.

So, after an evening of butter-churning, were there any converts among the group? Well, Riley Casagrande, Jerry's daughter, seemed to sum it up best.

"It's kinda fun, like, as something special," Riley said. "But if you had to do it all the time, it wouldn't be very fun."

Seems it was the novelty that made it entertaining.