Accessibility links
Why There Are Too Few Cooks For New York City's Elite Kitchens : The Salt New York is famous for its food scene, but lately, the once-overflowing pool of potential chef applicants has begun to run dry. The reason? It's a pricey town to live in, and for chefs obsessed with local ingredients, smaller towns with vibrant food cultures are looking way more appealing. 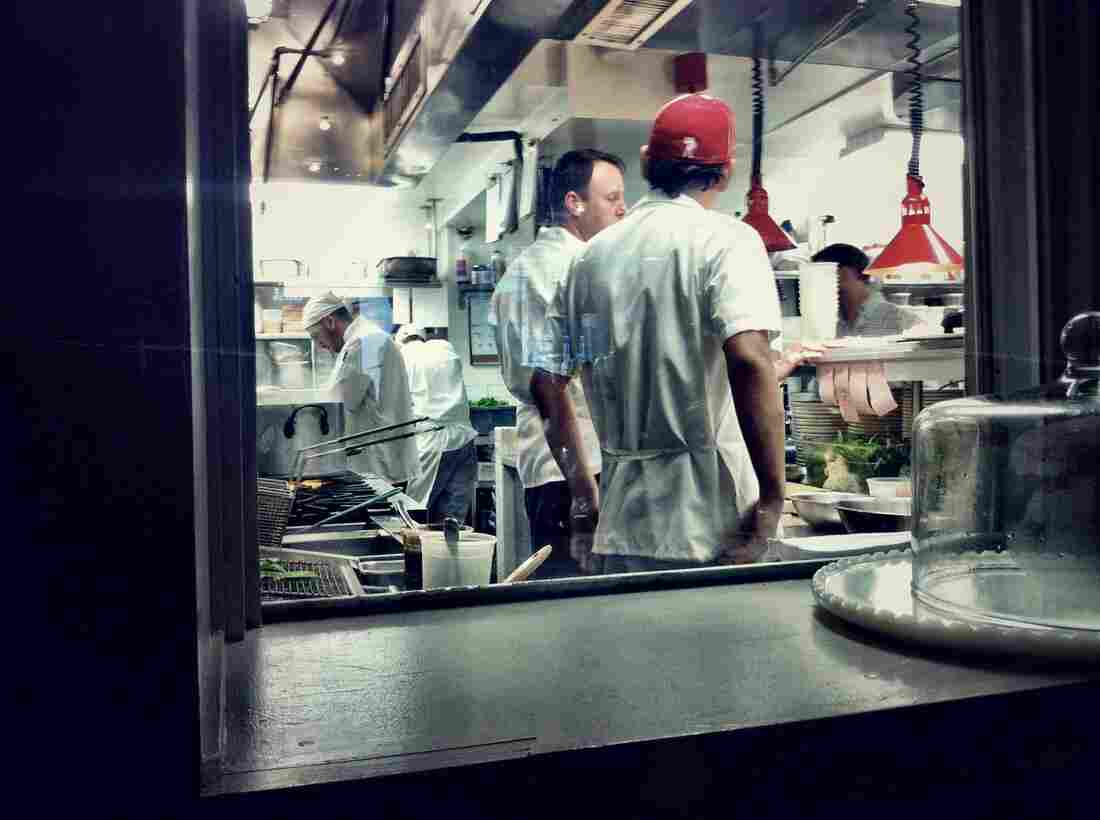 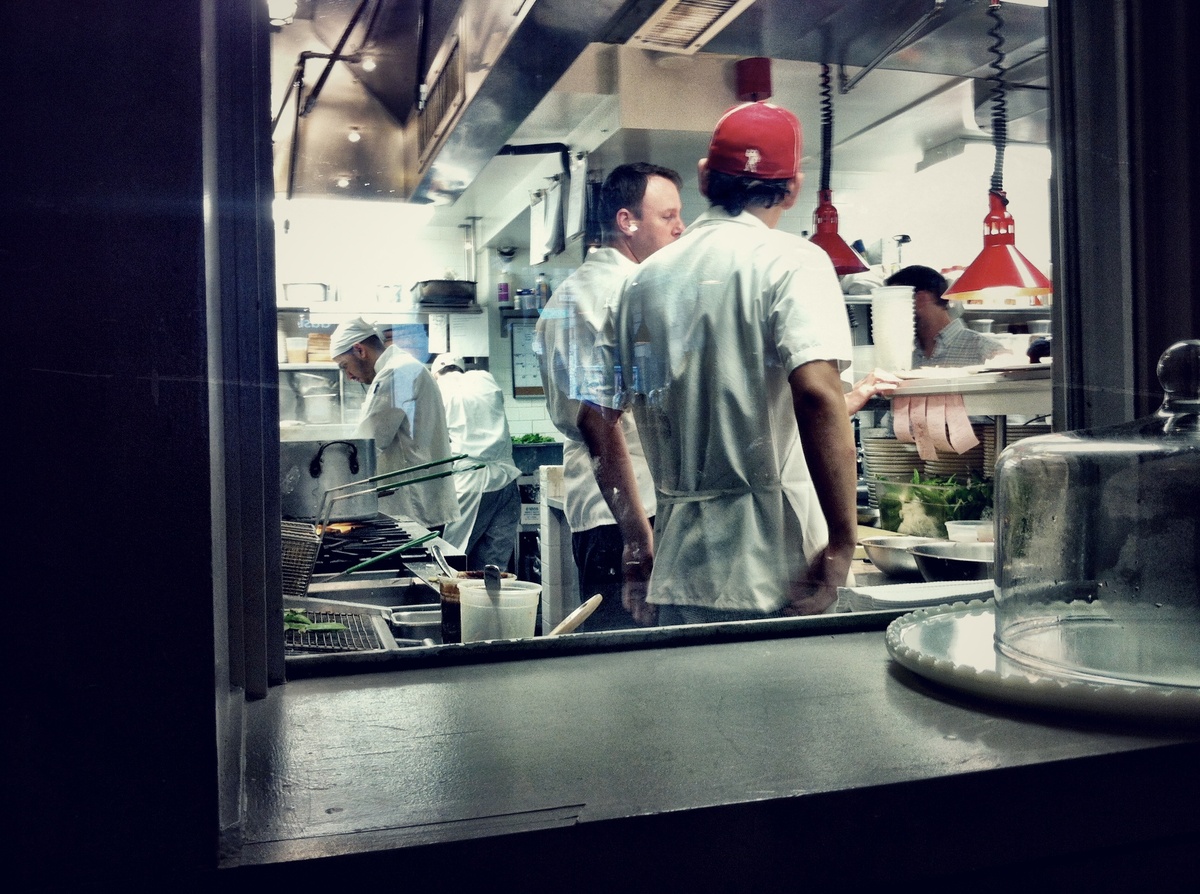 A view inside the kitchen at chef Peter Hoffman's farm-to-table restaurant, Back Forty West, in New York's Soho neighborhood.

New York City has long been considered the nation's epicenter for all things culinary. The borough of Manhattan had more than 6,000 restaurants at last count. And the city has the most three-star Michelin-starred restaurants in the country — closing in on Paris.

But lately, some cooks have begun to go elsewhere to make names for themselves.

Among the reasons for the culinary exodus: Chefs' obsession with local ingredients is making smaller communities a lot more appealing.

In the good old days, which weren't actually all that long ago, it was easy for people like chef Peter Hoffman to hire experienced cooks. Lately, though, the chef shortage has turned his recruiting process into something of an extreme sport.

"I began to ask myself the questions: 'What is going on?' " Hoffman says. "'Where has everybody gone?' "

Hoffman used to post an ad on Craig's List for his farm-to-table restaurant, Back Forty West, in New York's Soho neighborhood, and then watch the resumes roll in.

These days? It's either bupkis or a slew of applicants with just a few months of experience — at restaurants like McDonald's.

"I sat down in certain desperate moments and sent an email to every single cook that I knew," he says, "and said, 'We're looking, we need people.' And what I got back for the most part were, 'Sorry, dude, wish I could help you, I'm in the same boat.' "

No cooks in Manhattan? Careers in food have never been more fashionable. It feels like you can't turn on the TV without seeing a pack of "cheftestants" battling for a chance at stardom.

But for those who don't make it, New York is no picnic. The going rate for cooks in Manhattan is $10 an hour — $12 if you are lucky. And the commute to a place you can actually afford to live on that kind of money can be long.

Shanna Pacifico, the head chef at Back Forty West, has lived in the city for 14 years. Over that time, she has shared apartments in cheaper neighborhoods. Now, she finally has her own one-bedroom — though she's about to be kicked out and is struggling to find a studio for less than $1,700 a month.

Pacifico still thinks it's worth it to be in New York. But she does dream of greener pastures — "a new York City with cheaper rent and an easier lifestyle," Pacifico says.

In other words, Utopia.

But for other chefs, Utopia doesn't look like New York. It's a smaller, more affordable city with its own vibrant food culture — like Austin, Texas, Madison, Wis., or Chapel Hill, N.C. Those places have the added advantage of being more connected to the farms they buy from — something that is a badge of honor in today's restaurant world.

As Clark Wolf, a restaurant consultant based in New York and Sonoma County, Calif., puts it: "I used to say, 'If it grows in Manhattan, scrape it off. Alright?' "

David Levi is a native New Yorker who cooked most recently at a restaurant called Perry Street in Manhattan's West Village. He has now moved to Portland, Maine, where later this year, he plans to open his own restaurant. His new eatery will forgo kitchen staples such as lemon and even sugar, offering exclusively local foods. To build it will cost him, he says, just one-tenth of what it would in Manhattan.

"Because rent is just so much lower, it just gives you a lot more freedom to not drive yourself completely crazy and take a few more risks," Levi says.

Still, chefs like Levi will miss New York — a little. It's why he says he's keeping his New York-cell phone number: "It's the only part of New York that's affordable."