Accessibility links
Why Doctors Oppose Force-Feeding Guantanamo Hunger Strikers : The Salt Doctors say prisoners of sound mind have a right to refuse nourishment and must not be force-fed. 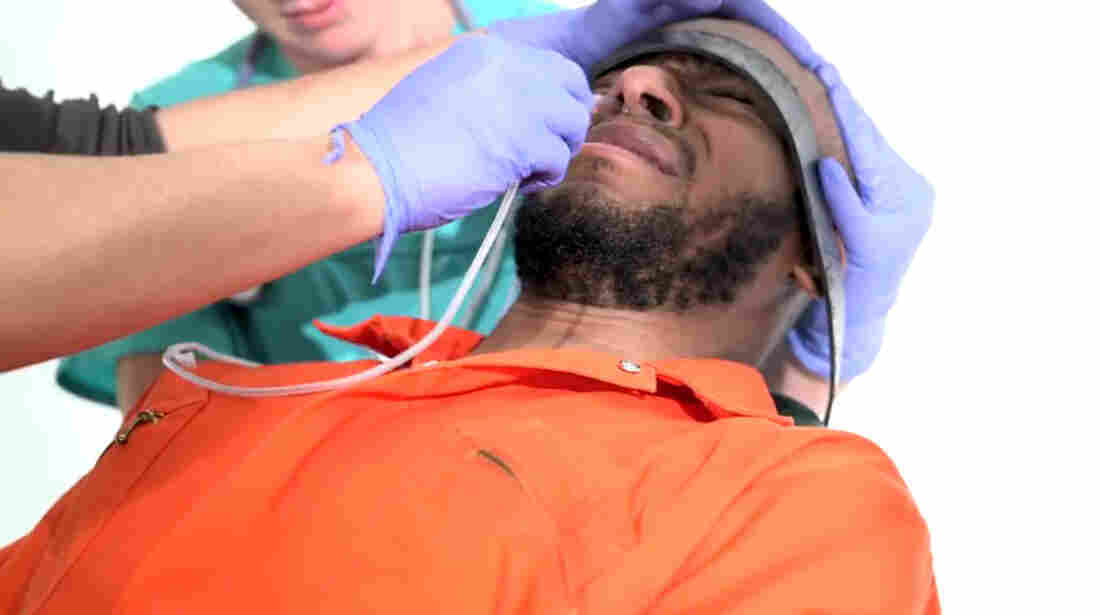 To raise awareness about force-feeding, Yasiin Bey, the musician and actor formerly known as Mos Def, in a video voluntarily underwent the same procedure administered to prisoners who refuse solid food in political protest while they are held in Guantanamo Bay. Reprieve/Asif Kapadia hide caption 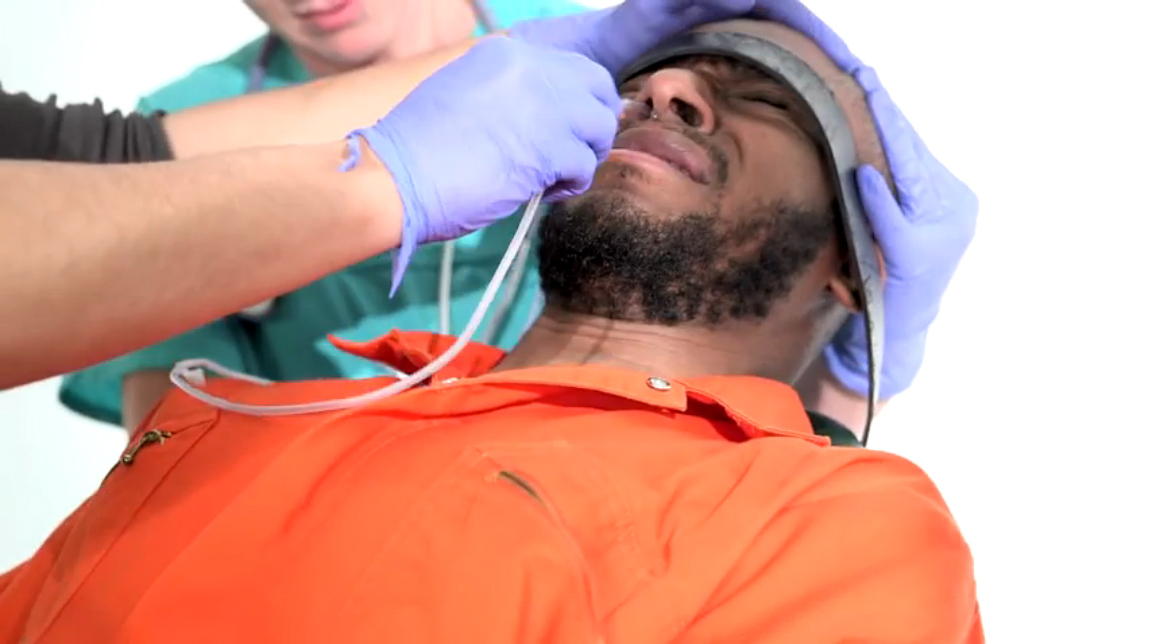 To raise awareness about force-feeding, Yasiin Bey, the musician and actor formerly known as Mos Def, in a video voluntarily underwent the same procedure administered to prisoners who refuse solid food in political protest while they are held in Guantanamo Bay.

For centuries, the act of refusing food has turned human bodies into effective political bargaining chips. And so it's no surprise that the prisoners desperate to leave Guantanamo after, in some cases, nearly a dozen years there, have turned to hunger strikes on and off since 2005 to try to win their release.

For years, the Pentagon officials who run the detention camp have responded by force-feeding prisoners. Currently, some 45 of the 104 hunger-striking captives are receiving the procedure, as many people learned this week when a graphic video featuring Yasiin Bey, the rapper and actor formerly known as Mos Def, went viral. While Bey's performance may be part publicity stunt, doctors say it does help expose the unethical treatment and some of the pain of the Gitmo detainees subjected to force-feeding. 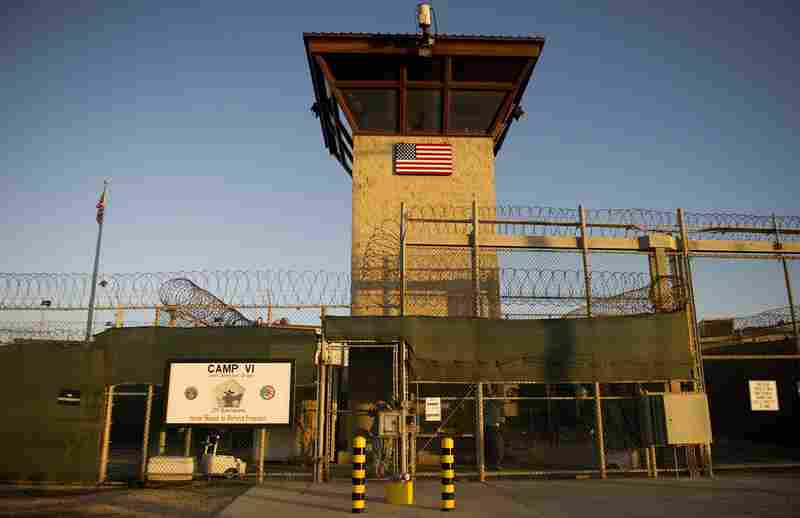 This image reviewed by the U.S. military shows the front gate of the "Camp Six" detention facility of the Joint Detention Group at the U.S. Naval Station in Guantanamo Bay, Cuba. Jim Watson/AFP/Getty Images hide caption 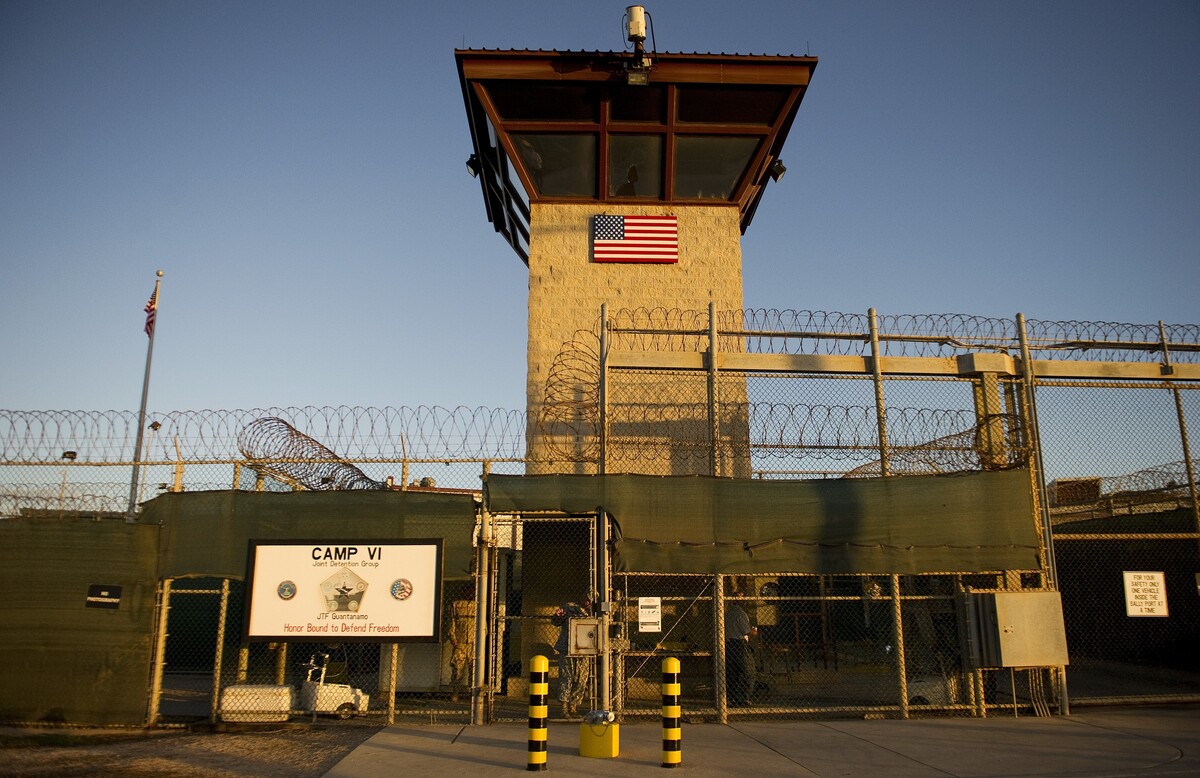 This image reviewed by the U.S. military shows the front gate of the "Camp Six" detention facility of the Joint Detention Group at the U.S. Naval Station in Guantanamo Bay, Cuba.

In the video, released by the British human rights organization Reprieve on the night before the start of Ramadan, Bey is strapped down while a feeding tube is shoved up his nose, down his esophagus and into his stomach. He resists, whimpers and writhes, and eventually calls for it to stop, breaking down into tears. According to Reprieve, Bey's force-feeding followed the Pentagon's Standard Operating Procedure used on the actual detainees.

The Pentagon calls force-feeding a "medical response to [Guantanamo] detainees who hunger strike," according to a document detailing the procedure obtained by Al Jazeera. And President Obama has said he supports force-feeding, because he does not want to see anyone die.

But the practice is actually at odds with international medical policy on prisoners' right to refuse nourishment.

In 2006, the World Medical Association, an organization that represents physicians around the world and promotes the highest possible standards of medical ethics, issued the Declaration of Tokyo, which states:

"Where a prisoner refuses nourishment and is considered by the physician as capable of forming an unimpaired and rational judgment concerning the consequences of such a voluntary refusal of nourishment, he or she shall not be fed artificially."

The American Medical Association has also said that the practice "violates core ethical values of the medical profession."

Iacopino notes that in other medical contexts — where, for example, patients need feeding tubes because they can't swallow, and they also don't resist — it would not be a particularly awful or painful procedure. But many of the hunger-striking detainees, he says, "have ongoing hopelessness over indefinite detention."

In this context, he says, "I think the pain of breaking their will with force-feeding would be extraordinary. It's outrageous that there hasn't been more response from the medical community."

Cori Crider, a civil rights lawyer for Reprieve, which represents 17 prisoners at Guantanamo Bay, says she sees force-feeding as a more general violation of their rights.

"When the military force-feeds these people ... I see it as suppressing what these people have to say," she says, "and withdrawing from them the kind of fundamental thing that makes them human, which is choice."

Some of the hunger strikers' lawyers, including those representing Jihad Dhiab, a Syrian who was cleared for release in 2009 but remains in captivity, have petitioned the court to stop the force-feeding, particularly during Ramadan.

While U.S. District Judge Gladys Kessler said Monday in a four-page opinion that "force-feedings are a painful, humiliating and degrading process," she dismissed Dhiab's petition because she said her court "lacks jurisdiction" over Guantanamo "and therefore does not have the authority to grant the relief."

According to the Miami Herald, the Pentagon says that during the monthlong Ramadan fast, medical personnel will only feed hunger strikers after sunset and before dawn.