Accessibility links
Do Diet Drinks Mess Up Metabolisms? : The Salt A body of evidence suggests artificial sweeteners — most often consumed in diet drinks — could raise the risk of weight gain and type 2 diabetes. Some researchers think that artificial sugar may confuse the body. 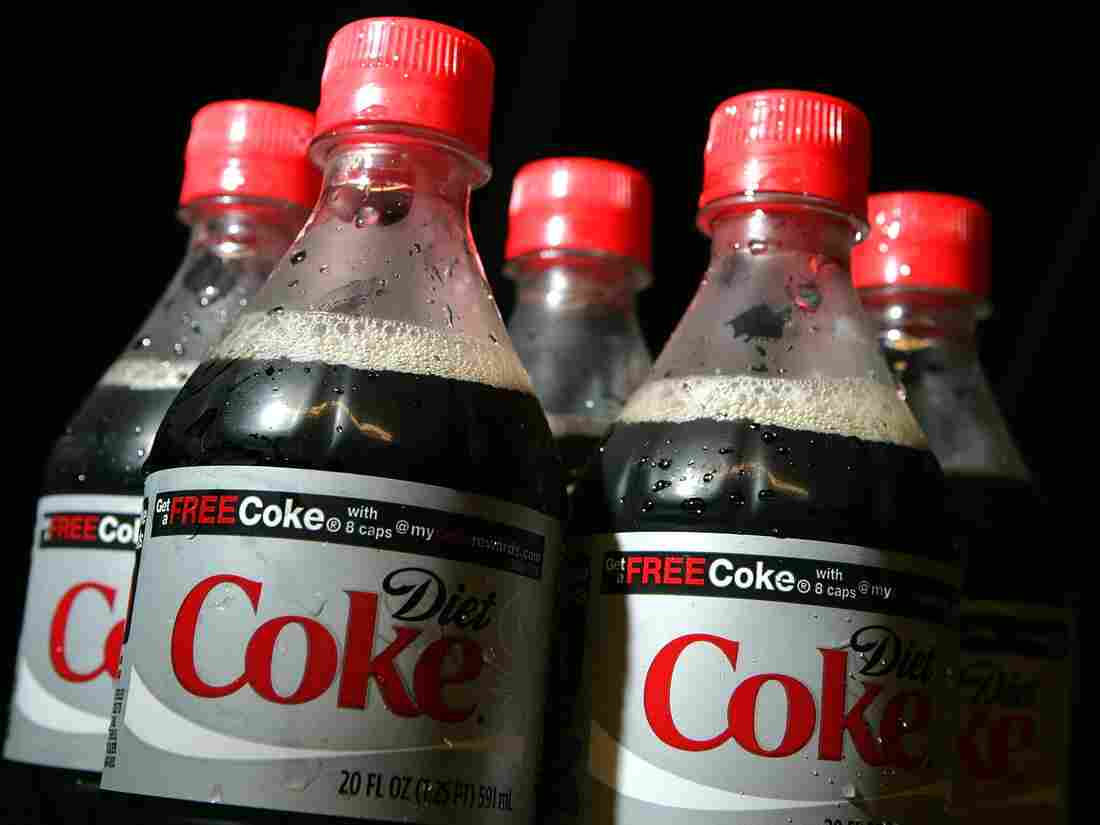 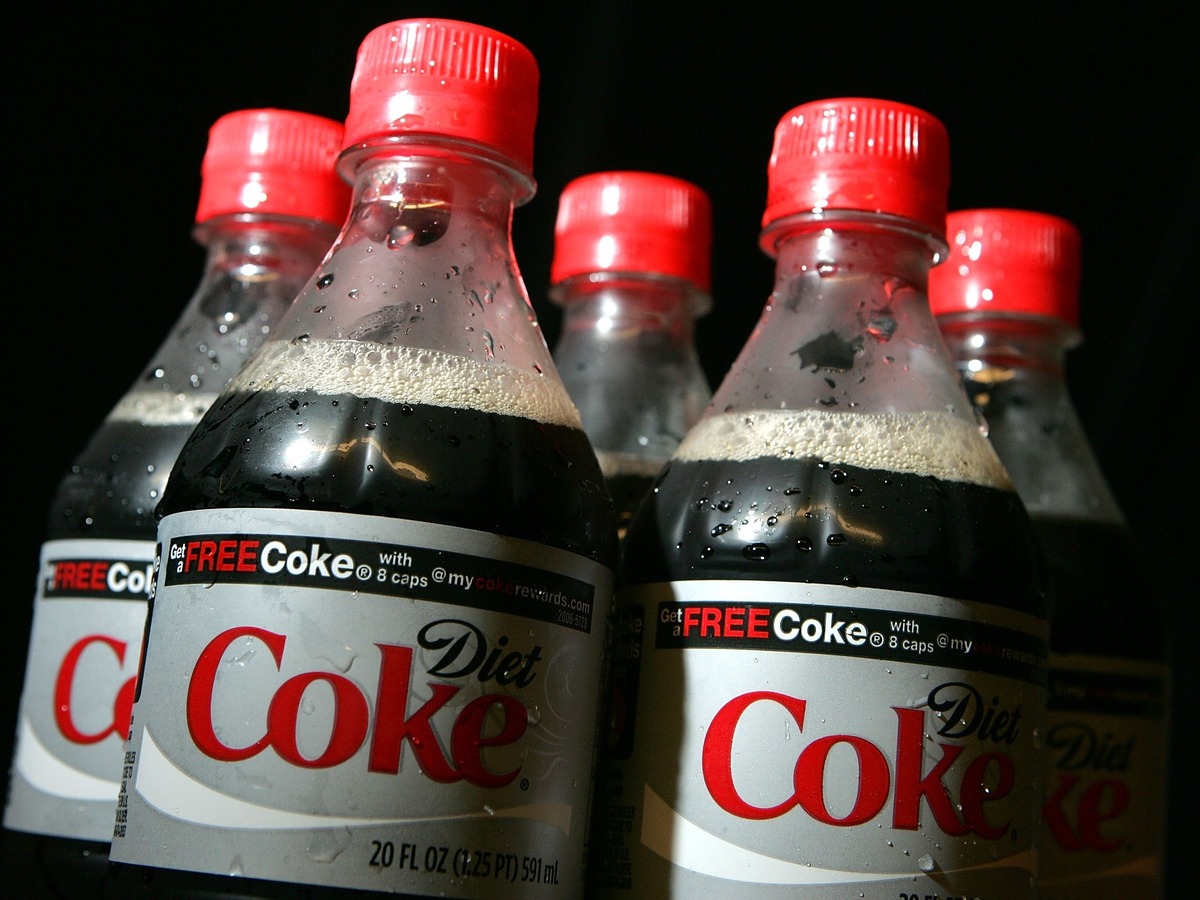 Some researchers think that artificial sweeteners, most frequently consumed in diet drinks, may confuse the body.

It may seem counterintuitive, but there's a body of evidence to suggest that the millions of Americans with a diet soda habit may not be doing their waistlines — or their blood sugar — any favors.

As the consumption of diet drinks made with artificial sweeteners continues to rise, researchers are beginning to make some uncomfortable associations with weight gain and other diseases.

For instance, as researcher Susan Swithers writes in a new opinion piece published in the journal Trends in Endocrinology and Metabolism, "accumulating evidence suggests that frequent consumers of these sugar substitutes (such as aspartame, sucralose, and saccharin) may also be at increased risk of ... metabolic syndrome, type 2 diabetes and cardiovascular disease."

If you listen to my conversation on Here & Now, you'll hear that there are two schools of thought here. Not everyone is convinced that diet soda is so bad.

For instance, a study I reported on last year by researchers at Boston Children's Hospital found that overweight teens did well when they switched from sugar-laden drinks to zero-calorie options such as diet soda.

But it's also hard to ignore the gathering body of evidence that points to potentially bad outcomes associated with a diet soda habit.

One example: the findings of the San Antonio Heart Study, which pointed to a strong link between diet soda consumption and weight gain over time.

"On average, for each diet soft drink our participants drank per day, they were 65 percent more likely to become overweight during the next seven to eight years" said Sharon Fowler, in a release announcing the findings several years back.

Another bit of evidence: A multi-ethnic study, which included some 5,000 men and women, found that diet soda consumption was linked to a significantly increased risk of both type-2 diabetes and metabolic syndrome.

So, what gives? How could consuming less sugar set the stage for more weight gain and an increased risk of disease?

Well, since being overweight is a major contributor to the development of type 2 diabetes, it's possible that some diet-soda drinkers suffer from a mindset problem: They justify eating lots of high-calorie foods because their drinks are calorie-free.

It's the "hey, I'll go ahead and have those fries and a cheeseburger, since I'm having a Diet Coke" mentality.

It's also possible that something much more complicated and nuanced is happening in the bodies and brains of diet soda drinkers.

As Swithers points out, "Frequent consumption of high-intensity [artificial] sweeteners may have the counterintuitive effect of inducing metabolic derangements."

One theory is that diet soda may throw off the metabolism by blunting the body's responses to sugar.

You see, from the moment sugar touches our lips, our bodies start to release hormones to begin processing the sugar. It's part of a feedback loop that helps the body predict what's coming.

But if we develop a habit of consuming artificial sugar, our bodies may get confused. And it might not respond the same when we consume real sugar. "We may no longer release the hormones" needed to process sugar — or at least, not as much of them as before, Swithers told me during an interview.

And researchers think this change in hormone levels could contribute to increases in how much we eat, says Swithers, "as well as to bigger spikes in our blood sugar, which may be related to things like diabetes."

What is clear is that diet soda consumption continues to rise. Women tend to lead the way, and increasingly, children are popping open the calorie-free sodas that mom and dad are drinking.

Update: After we published our post, we received this statement from the American Beverage Association:

"Low-calorie sweeteners are some of the most studied and reviewed ingredients in the food supply today. They are safe and an effective tool in weight loss and weight management, according to decades of scientific research and regulatory agencies around the globe."