Accessibility links
Heavy Rains Send Iowa's Precious Soil Downriver : The Salt The biggest loser from this year's heavy rains in the Midwest is the land itself. An environmental group says 50 townships in Iowa have lost more than 5 tons of topsoil per acre, "more than what is tolerable over an entire year." 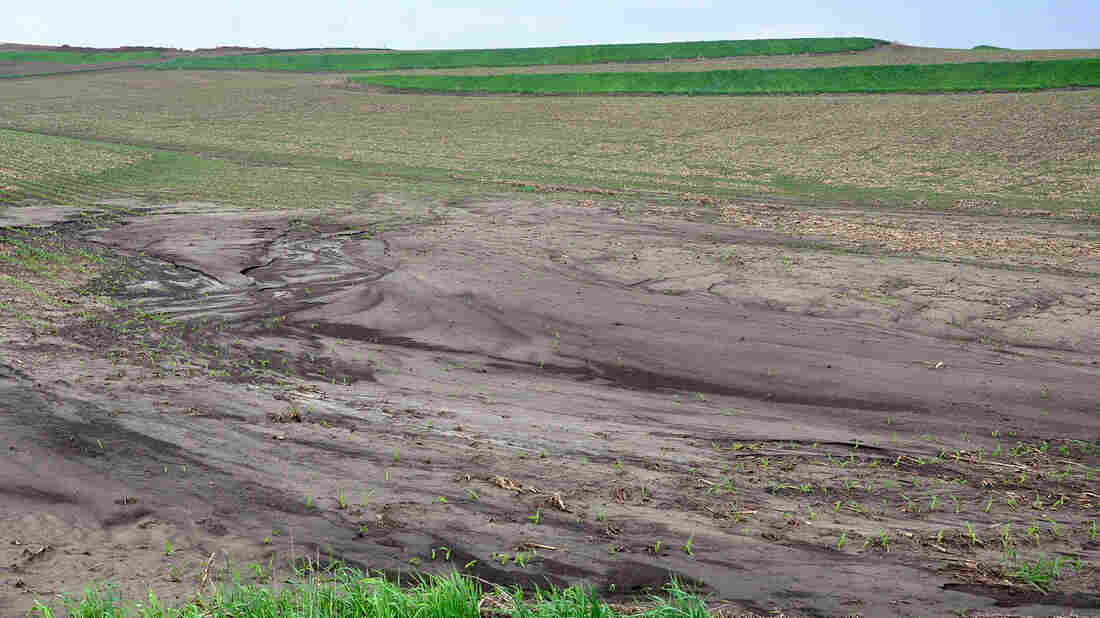 Soil erosion after five inches or more of rain fell in one hour across portions of Western Iowa in 2013. USDA Natural Resources Conservation hide caption 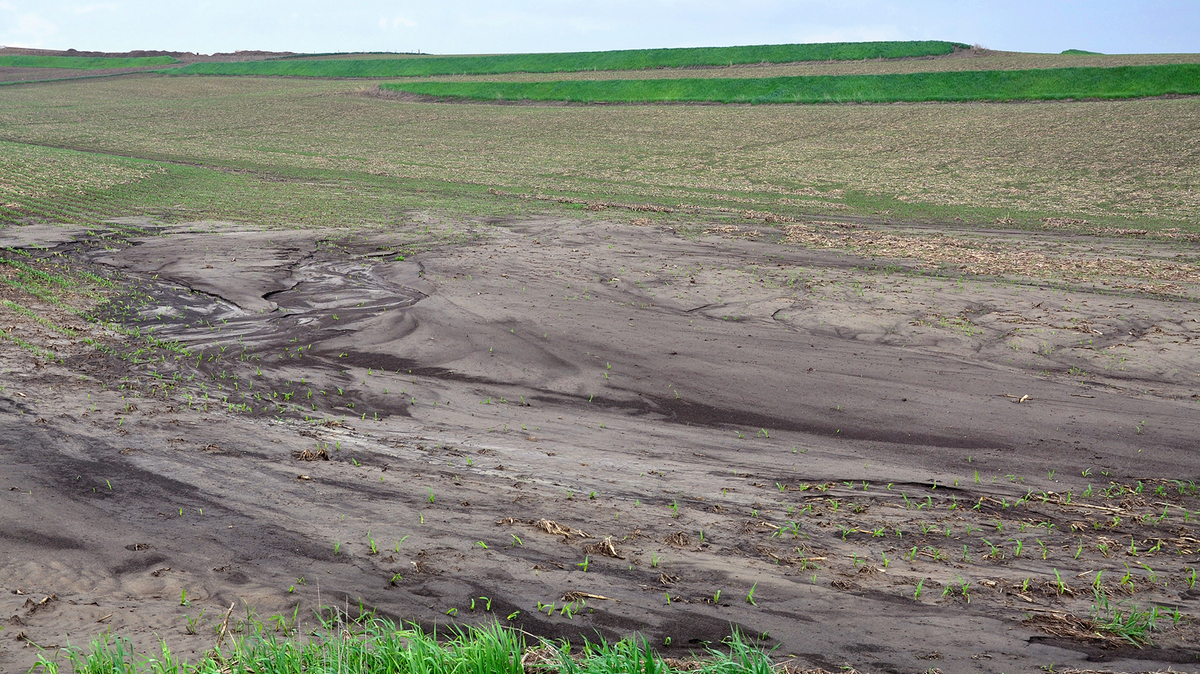 Soil erosion after five inches or more of rain fell in one hour across portions of Western Iowa in 2013.

What a difference a year makes. Last year at this time, the Midwest was heading into one of the worst droughts in decades. Now much of the region is soggy.

But the biggest loser from this year's heavy rains? The land itself.

The Environmental Working Group, drawing on analysis done by Iowa State University's Iowa Daily Erosion Project, found in a recent report that during one five-day period in May, 50 townships in Iowa lost more than 5 tons of topsoil per acre.

As EWG puts it: "Those 1.2 million acres of farmland may have lost more precious topsoil in five days than what is tolerable over an entire year." The U.S. Department of Agriculture's Natural Resources Conservation Service considers an annual rate of topsoil loss of five tons "tolerable," but EWG says "a truly sustainable rate of erosion is far lower."

As Abbie Fentress Swanson reported last week, the lost topsoil contains a huge amount of nutrients, like nitrogen and phosphorus, that are essential for growing crops. Once they enter rivers, lakes and bays, they can trigger algal growth.

Several members of EWG's Iowa-based staff took a road tour of the damage. You can browse photos they took along the way on an interactive map.

According to EWG, much of the soil loss could be prevented through more aggressive soil-conservation practices, including "no-till" planting, grass waterways and terraces. "Every no-till field with properly placed grass waterways showed only nominal signs of erosion," says the report. "Well-protected fields suffered little damage even where poorly protected fields just down or across the road had suffered badly."