Accessibility links
The Dog Days Of Summer Lead Drinkers To Shandy : The Salt A beer-cocktail combo popular in 19th century England is seeing a global revival. Shandies are tasty, fruity and practically scream summertime. They're also lower in alcohol than a regular beer, which makes them more appealing as governments tighten rules on drinking and driving.

The Dog Days Of Summer Lead Drinkers To Shandy

The Dog Days Of Summer Lead Drinkers To Shandy 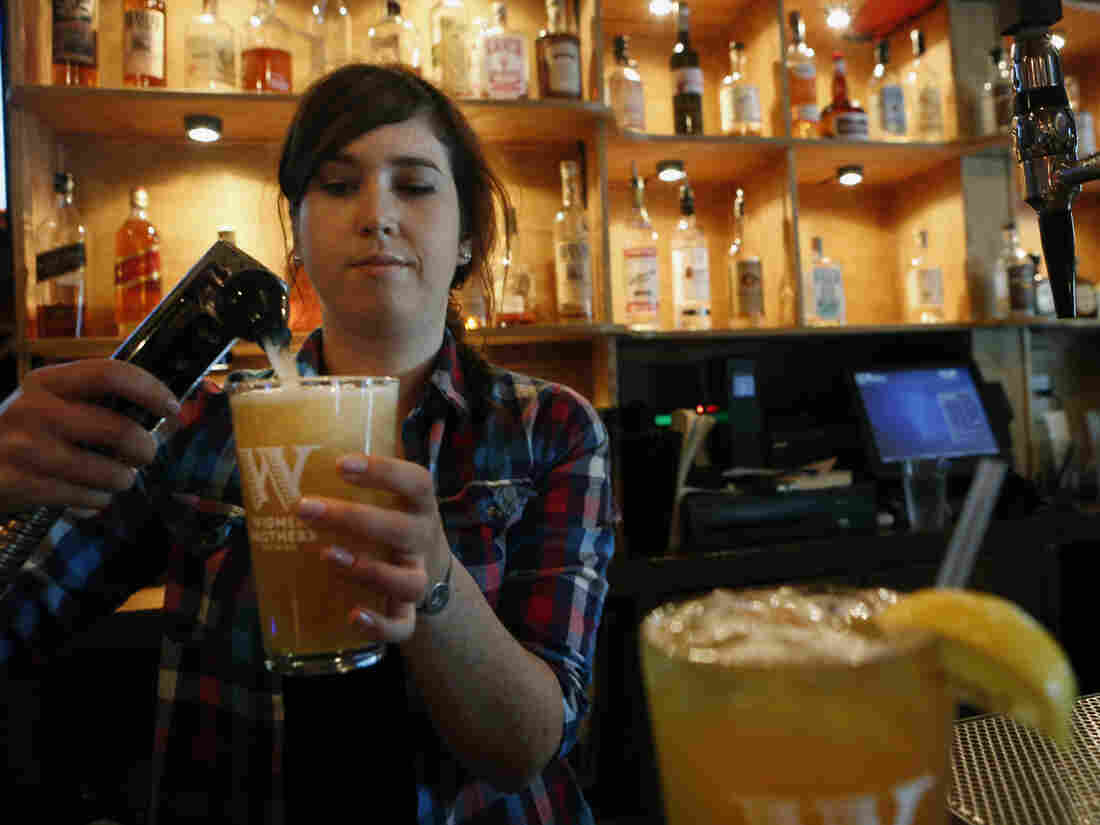 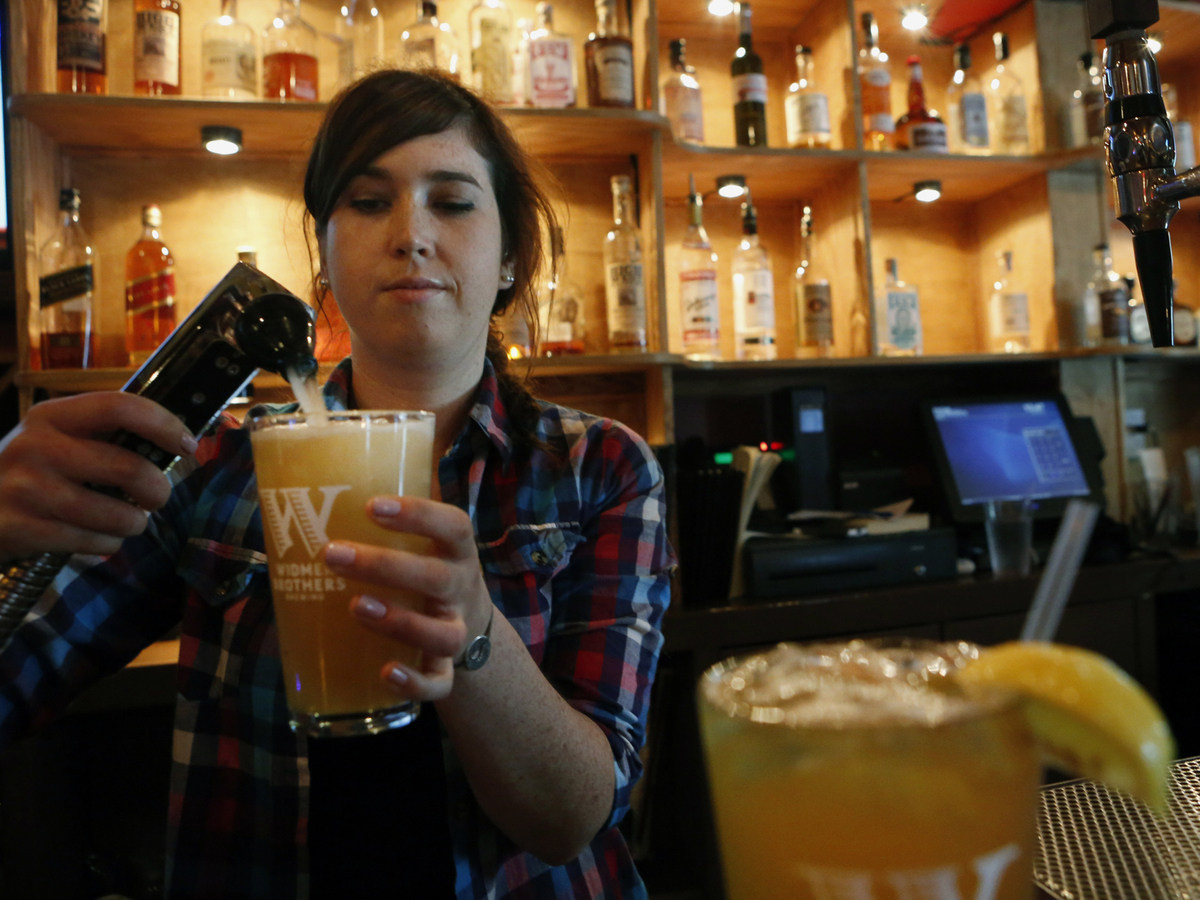 Megan Horrigan mixes a shandy at Union Pub in Washington, D.C. "It's refreshing, great for the summer," says customer Tom Tupa, who sampled the drink.

A beer cocktail quaffed around the world for centuries is quickly becoming America's "it" drink of the summer: shandy.

Traditionally, a shandy consisted of beer mixed with equal parts lemonade or ginger beer or citrus soda. But these days, bartenders are pushing the boundaries with inventive mixes, like fresh fruit purees and syrups, from rhubarb to apple and maple.

And major beer manufacturers have also jumped on the shandywagon, rolling out their own bottled versions from brewers like SAB Miller subsidiary Leinenkugel, Traveler Beer and Sam Adams. Worldwide, the number of shandy product launches more than tripled between 2009 and 2012, according to research firm Datamonitor. Manufacturers are also mixing up traditional shandy flavors, such as Leinenkugel with it's new Orange Shandy, infused with cardamom and white pepper.

So what's driving this growth?

In the U.S., "you've got the whole cocktail and mixology culture coming into play now," says Datamonitor's Tom Vierhile.

Shandies, he notes, have always been more popular in summertime, when beer drinkers are looking for a lighter brew to help chase off the heat. And younger drinkers, he adds, tend to favor a sweeter alcoholic beverage.

But globally, Vierhile says there's another fundamental reason why shandy is growing in popularity: Because shandy is beer mixed with another, usually non-alcoholic drink, it's often half as alcoholic as the same volume of a regular beer.

And less is better, he says, in a world where governments are tightening laws around drinking and driving, reducing the legal limits for how high drivers' blood alcohol content can be before they're breaking the law.

"Depending on the local laws, you may be able to drink a shandy and still be within the legal limit for driving," he notes. "If you're in a place like Germany, with a limit of .05 percent [blood alcohol concentration], which is lower than the U.S.'s at .08 [percent], you could still drink a shandy, legally," and then get behind the wheel.

That's good news for U.S. beer drinkers, considering that the National Transportation Safety Board recently backed a proposal to lower the legal blood-alcohol threshold in the U.S. to match Germany's .05 percent.

"People outdoors in the summertime," he says, "wanted a refreshing drink with less alcohol than full-strength beer." 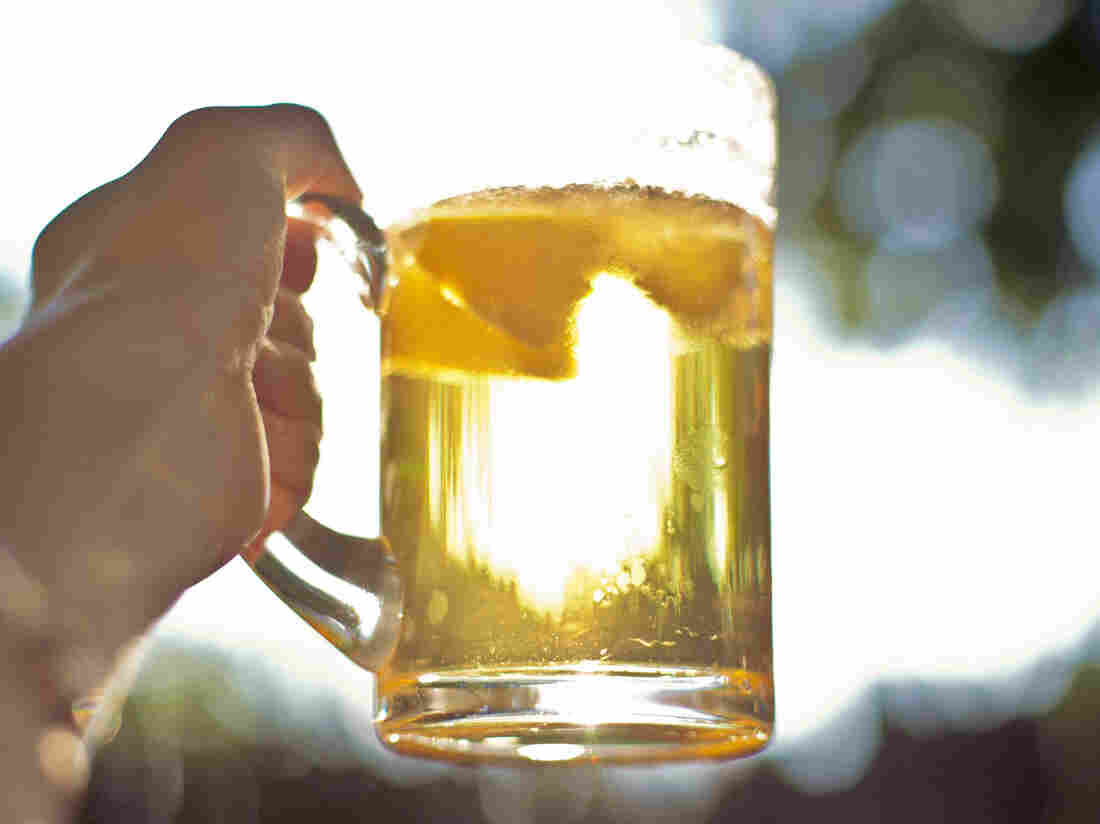 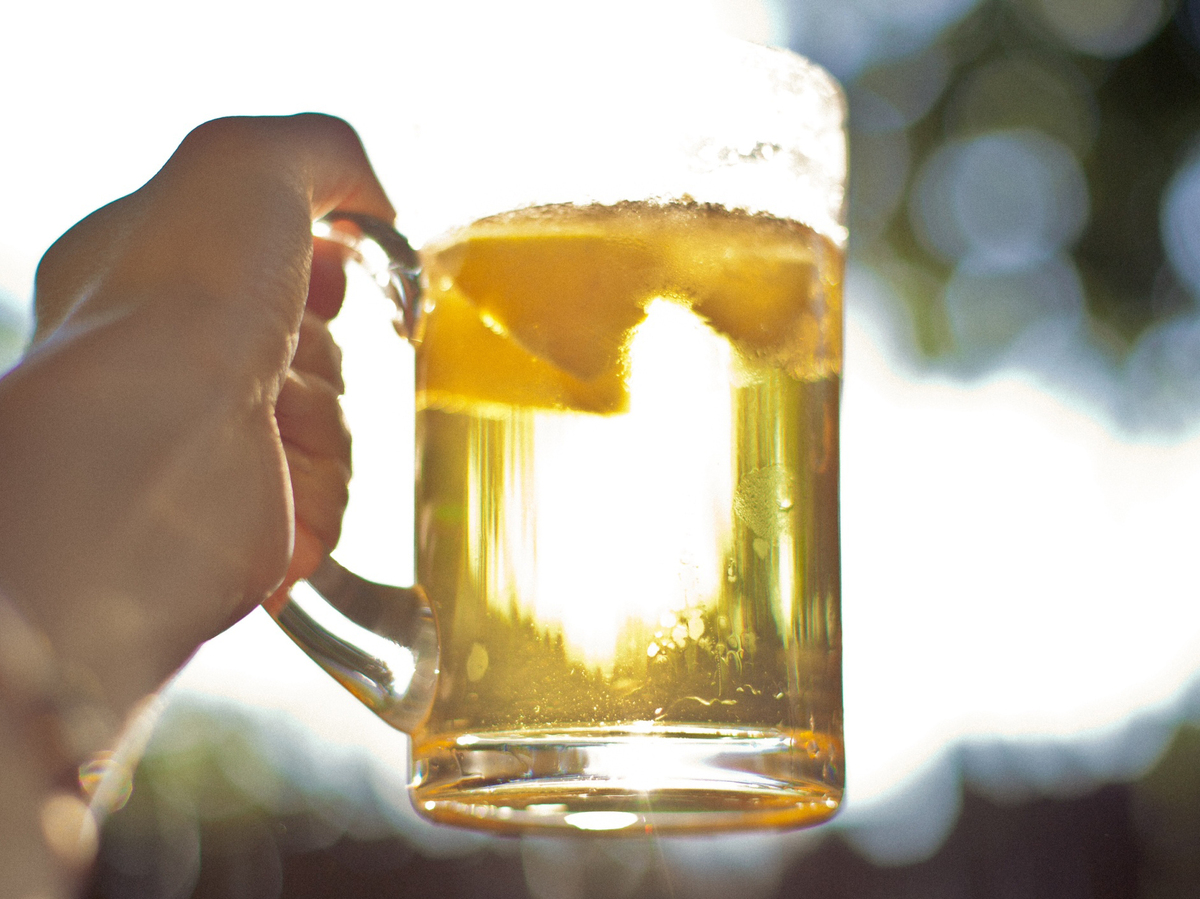 A shandy in the summertime

The drink was originally known as "Rich Man's Shandy Gaff," a mixture of champagne and ale, he says. The 99 percenters who didn't have the money to shell out for bubbly substituted ginger beer or lemonade, he says.

Drinking shandies was practically patriotic in 19th-century Britain. As beer historian Martyn Cornell cites, an 1866 British parliamentary report on the mortality of troops in China noted with approval:

"Soldiers drank a great deal of iced ginger beer with porter or ale mixed with it, and at the time, there was very little drunkenness among the men."

(Government officials were apparently less enthused a few years ago, when they had to officially ban police officers in Leicestershire, England, from drinking Shandy Bass — which contains 0.5 percent alcohol — while on duty.)

While shandies are a traditional British drink, they're not exclusively so. For centuries, from Italy to Japan, people have imbibed shandies with slight variations. (Germany's version, called the radler, is also well-known.)

This is not even shandy's first dalliance with American beer lovers: A drink called Lemon and Lager was introduced in the 1980s, but was a flop, Vierhile recalls.