Accessibility links
How To Better Protect Farmworkers From Pesticides: Spanish : The Salt Pesticides carry warning labels that spell out health risks and how workers should protect themselves — but those labels are usually in English. More than 80 percent of the workers in the "salad bowls" of Salinas, Calif., or Yuma, Ariz., are Hispanic. Many have difficulty communicating in English. 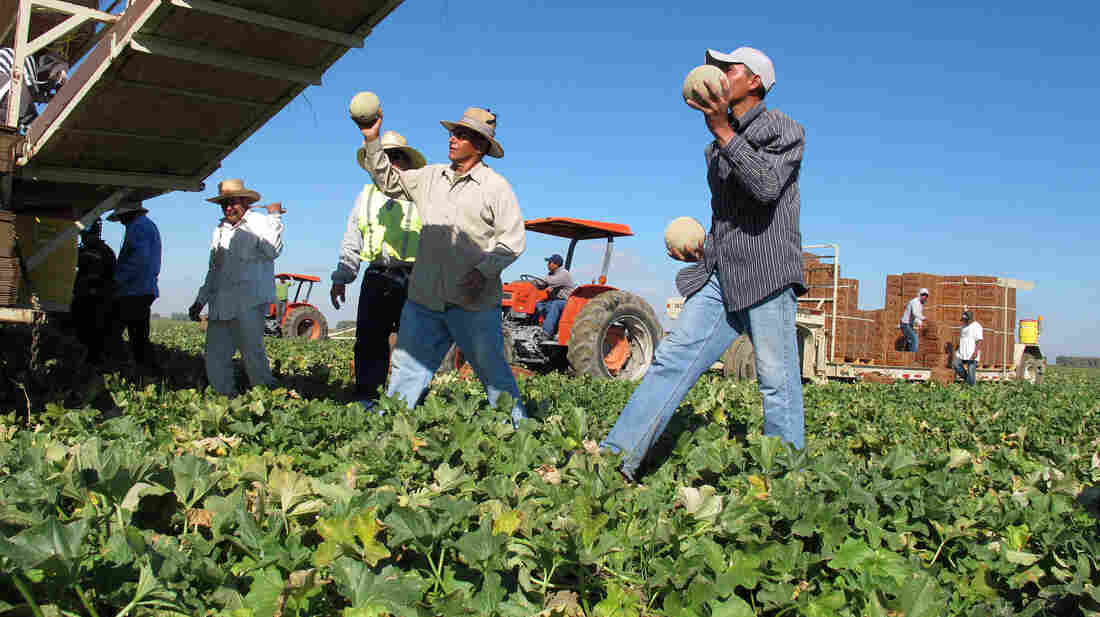 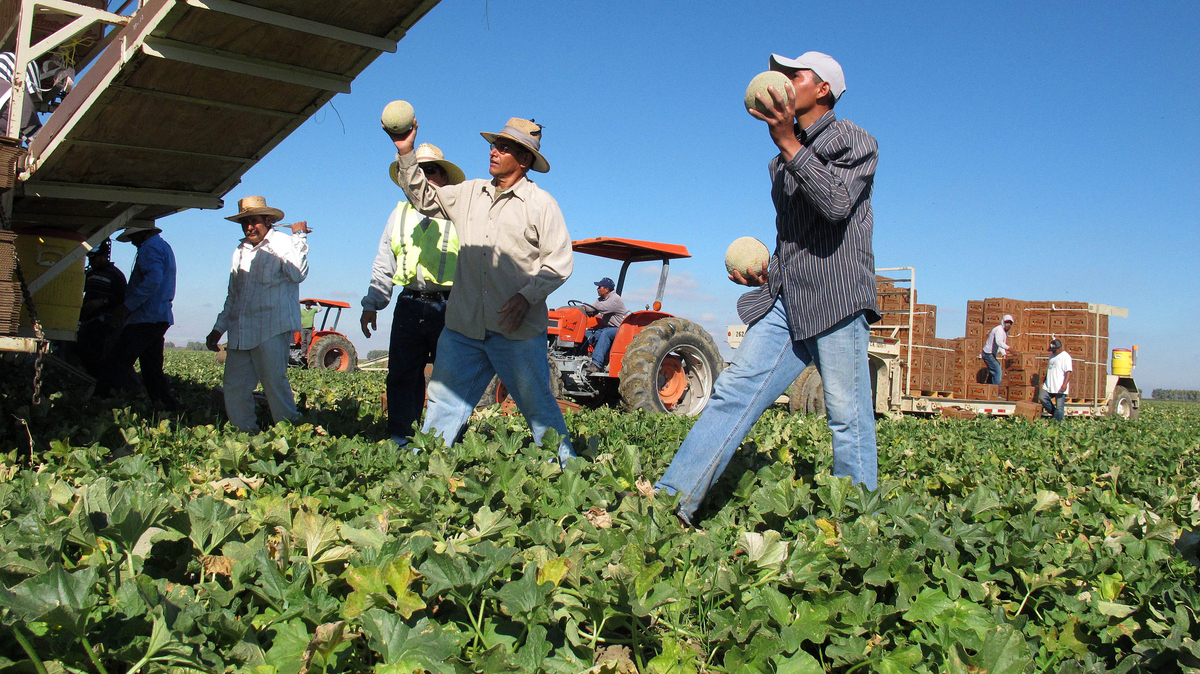 Advocates for farmworkers, especially those who grow America's leafy greens and fresh vegetables, are pushing the government to do more to protect those workers from exposure to pesticides.

A 20-year-old regulation — the Worker Protection Standard — is supposed to prevent harmful pesticide exposures on the farm. But activist groups like Farmworker Justice say it falls short, and the Environmental Protection Agency is currently working on a new version.

A new report from Farmworker Justice points out that under the current rules, farmworkers don't get nearly as much information about hazardous chemicals they may encounter as, say, factory workers. (Industrial workers are covered by different regulations, issued by the Occupational Safety and Health Administration.)

And then there's the barrier of language. Pesticides carry warning labels that spell out health risks and how workers should protect themselves — but those labels are usually in English. More than 80 percent of the workers in the "salad bowls" of Salinas, Calif., or Yuma, Ariz., are Hispanic. Many have difficulty communicating in English.

Farmworkers "are frustrated about their lack of knowledge about these chemicals," says Virginia Ruiz, director of Occupational and Environmental Health at Farmworker Justice. Her group, along with many others, submitted formal comments to the EPA arguing that "without bilingual labeling, today's Spanish-speaking agricultural workforce is at great risk for pesticide exposure."

Pesticide companies appear to be split on the issue. One industry trade association, Responsible Industry for a Sound Environment, has opposed bilingual labels, arguing that Spanish translations were unnecessary and would make labels more cumbersome to design. The agricultural chemical company Syngenta, on the other hand, endorsed the idea.

The proposed regulations face a long road before they'd ever take effect. Once the EPA finishes its draft, the document has to go through a review by the White House before it is even released for public comment. It could be years before the regulations are final.

In the meantime, though, some activist groups (including Farmworker Justice and Oxfam America) have joined forces with food companies (Costco!) to attack the problem on their own, through a new Equitable Food Initiative. The initiative is based on the idea that giving farmworkers more power, responsibility and money will lead to better, higher-quality food production.

The initiative has drawn up standards that (among many other things) are supposed to reduce the use of pesticides and share information — in any language — about how to handle them safely. On each farm, a worker-manager team is responsible for meeting the standard.

"The whole point is to get the team on-site to own this obligation," says Peter O'Driscoll, the initiative's project manager, who works with Oxfam America.