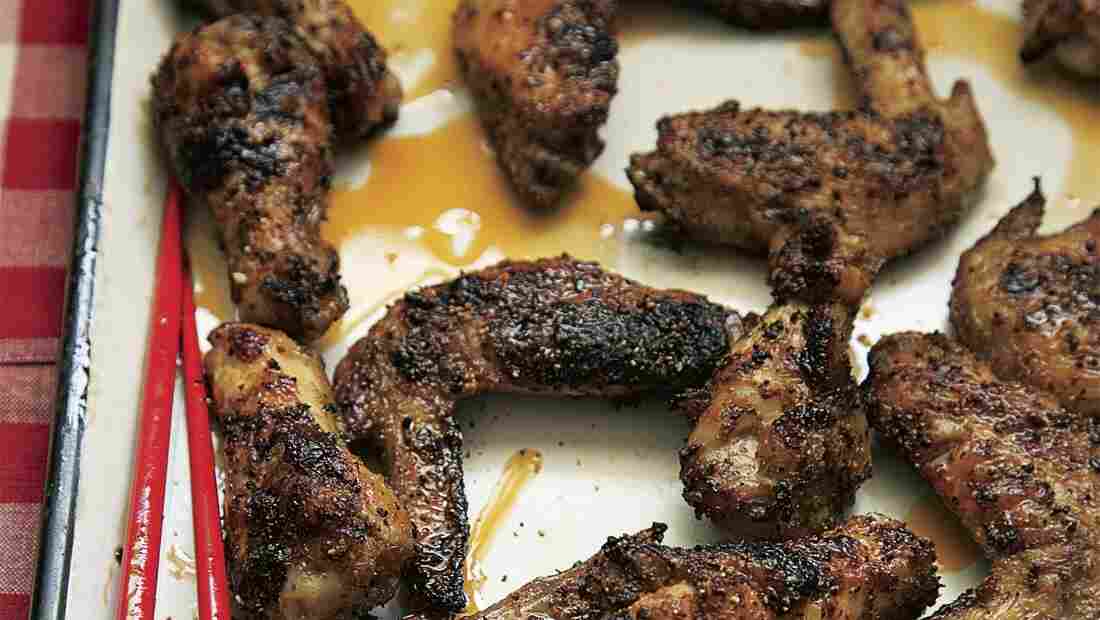 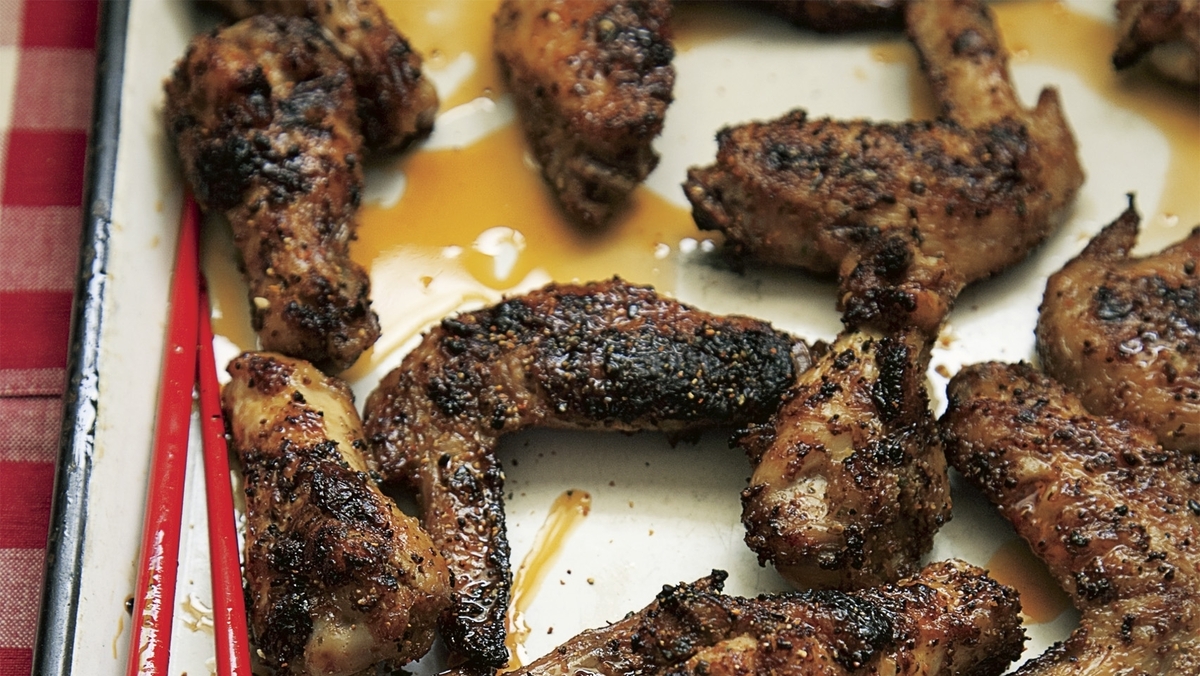 Reprinted with permission from The Japanese Grill.

If you're looking for grilled Japanese food, chef and cookbook author Harris Salat recommends you head over to Fukuoka, a city where yatai, or mobile food carts, line up by the riverside.

The carts became popular after World War II, Salat says, when Japanese were looking to rebuild their lives and find new sources of income. 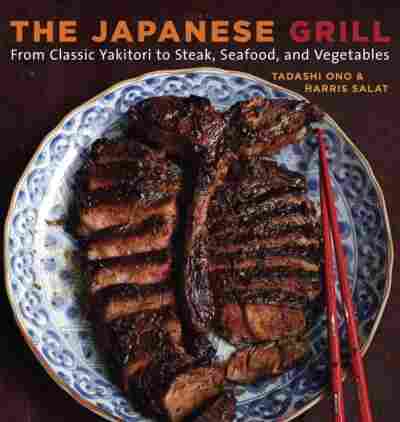 From Classic Yakitori to Steak, Seafood, and Vegetables

by Tadashi Ono and Harris Salat

"You can kind of pull up a stool, and there's a cook, you know, grilling yakitori very carefully over charcoal," he tells Melissa Block, host of All Things Considered. "It's a lot of fun."

Yakitori sauce is savory and sweet, representing a key characteristic of Japanese grilling: a balance of flavors. Salat explores this and other qualities in The Japanese Grill, co-written with Tadashi Ono.

Grilling, says Salat, is one of the "fundamental" techniques in Japanese cuisine.

"And when I started going to Japan and started writing about the food there and exploring the food there, I was so amazed by how Japanese grill and how it's different than the way we typically grill" in America, he says.

"In Japanese cooking, we really focus on the natural flavor of ingredients. So you don't see the kind of marinating and big flames coming up on grills," he says. Seasoning is simple — just salt or dipping the food in yakitori while grilling.

The pieces are smaller, to work for a "chopstick culture," Salat says. And there's variety in the meat used, too: "You're looking at the wing, the skin, the heart, the liver. ... You're cooking the thigh or the knee cartilage."

One thing that distinguishes Japanese grilling is what Salat describe as the "one-two punch of both caramelized meat and caramelized sauce."

"First, you caramelize or char the meat. Then you dip the meat into the sauce, after it's grilled partway. And then you char the sauce," Salat says, adding."So when it comes to you, it's really just amazingly delicious."

Salat tells All Things Considered: "We love corn ... and we do it in a very simple way, where you just throw the corn on with the husk and grill it for a while, until the corn starts to cook inside the husk, and then peel it. And then at the end, you're just brushing it with soy sauce and mirin. And mirin is another fermented Japanese seasoning that was actually originally an alcoholic drink. It's fermented from sticky rice, and it adds a certain kind of sweetness."

4 ears corn, in their husks

Mix together the soy sauce and mirin in a bowl to make the marinade; set aside.

Preheat a grill to medium. Place the corn directly on the grate. Grill for about 20 minutes, turning about every 5 minutes. Transfer the corn to a cutting board. When the husks are cool enough to touch, shuck them. Return the corn to the grill and brush with the marinade. Grill for about 2 more minutes, turning the corn every 30 seconds, and brushing with more marinade. The corn will begin to caramelize and brown; be careful not to burn. Serve immediately.

Read an excerpt of The Japanese Grill