Accessibility links
France Aims To Net New Drinkers With Cola-Flavored Wine : The Salt With wine consumption in France plummeting, winemakers are breaking with tradition to cater to evolving tastes. One new product, Rouge Sucette, is made from 75 percent grapes, 25 percent water, sugar and cola flavoring. 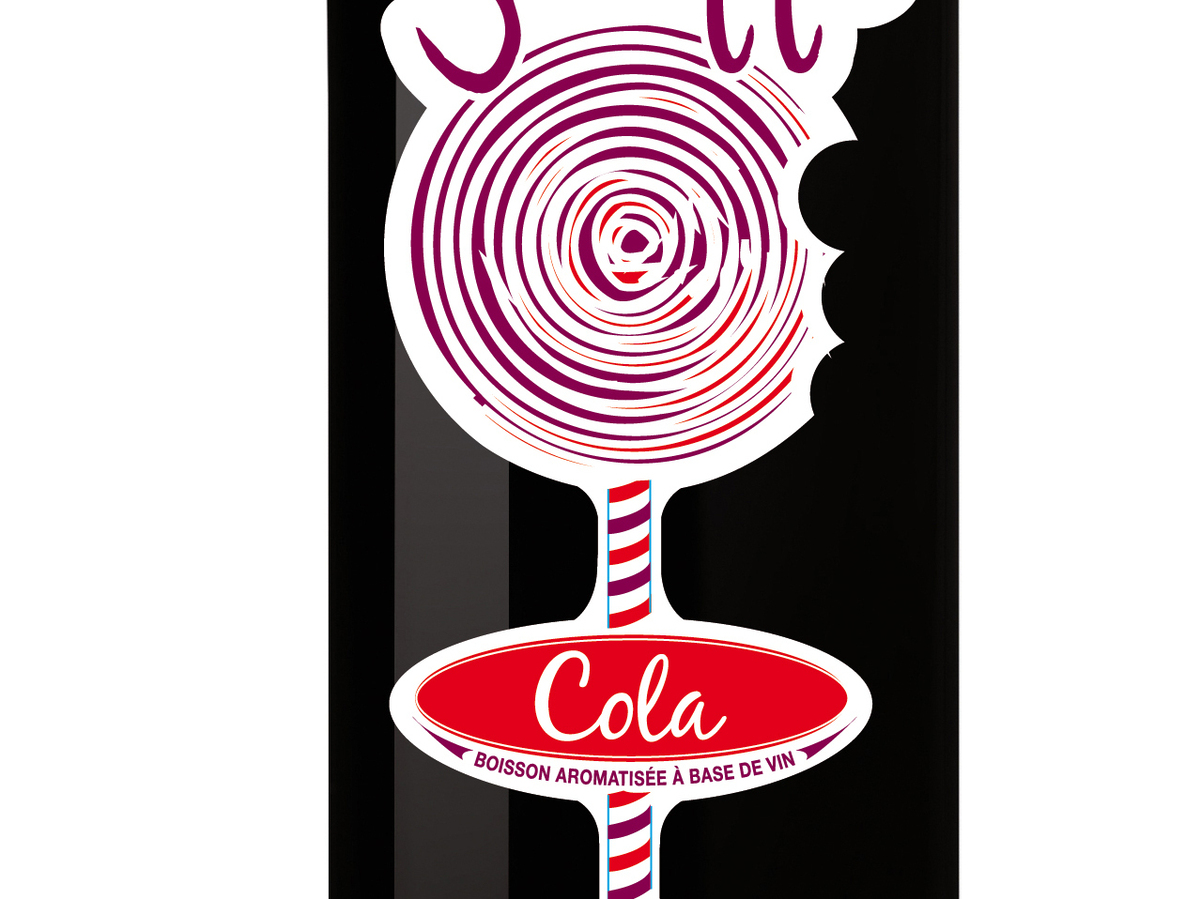 Fancy some soda with your wine?

First, we broke the news about fast food overtaking restaurants in France. Then we reported the shocker that more than a third of French restaurants serve frozen meals. If these revelations ruin your impression of France as a bastion of culinary tradition, you may not want to read further.

A French vintner has just launched a bottled red wine flavored with cola.

Bordeaux-based winemaker Haussmann Famille has already had success with grapefruit- and passionfruit-flavored rosés and whites. Their newest wine, Rouge Sucette, which translates to Red Lollipop, is made from 75 percent grapes and 25 percent water, with added sugar and cola flavoring. It is meant to be served chilled.

Why the break with tradition?

Wine consumption in France is down. In 1980, more than half of adults consumed wine almost daily, as the BBC reports, but the figure has dropped to just 17 percent today. And so according to Pauline Lacombe, company spokeswoman for Haussmann Famille, vintners need to attract younger drinkers and women.

"[The cola flavor] is to answer to a new kind of need and a market demand," she tells The Salt. "Tastes evolve in time and we have to adapt."

French restaurant and hospitality expert Fred Sirieix cites several factors behind the downward trend in wine drinking among the French: the financial crisis, which brought with it the death of the long lunch hour; reduced legal limits for driving under the influence of alcohol; and a general move towards healthier living.

Cola wine may seem out of step with French ways, but Sirieix tells The Salt that's because a lot of people have the wrong idea about what those ways really are.

"The puritanical view of French things is not realistic," he says. "We're changing with the times. We have a strong foundation of food and wine, and it gives this perception we don't mix Coca-Cola and red wine, but we do!"

In fact, the wine and cola mix has roots in the Basque region, where it's called kalimotxo, and calls for equal parts of each one.

Lacombe says market research indicates fast-growing demand for such "wine-based aromatized drinks." Of the different aromas that Haussmann Famille tested, "cola was the best mix," she says. "That intrigued many people, and they were curious to taste it."

The thirst for sweeter drinks isn't limited to France. Led by Moscato, sweet wine consumption is up in the U.S., too.

"Think about it: You have wine spritzers, you have Kir Royale, Bellinis, shandy, the Italian spritzers with Aperol and prosecco," says Sirieix. "You have all sorts of champagne cocktails. So what's the difference between [those and] red wine and Coca-Cola? It's about marketing and perception. It's about what we perceive to be acceptable and the sort of snootiness we have about Coca-Cola."

Lacombe insists Rouge Sucette isn't just wine doused with cola, anyway: It contains only the essence of cola, making it perhaps a bit more refined, though with a very similar flavor.

So how does a Frenchman like Sirieix rate it?

"It's refreshing and kind of fun," he says. "I don't think I would buy it, but if I was going to drink it, I would make it myself, because I would feel a bit better about it."