Accessibility links
From Ramen To Rotini: Following The Noodles Of The Silk Road : The Salt Is it possible that pasta originated in China and traveled west to Italy? Author Jen Lin-Liu travels the historic Silk Road from Beijing to Rome, tracing the evolution of pasta and sampling the offerings along the way. 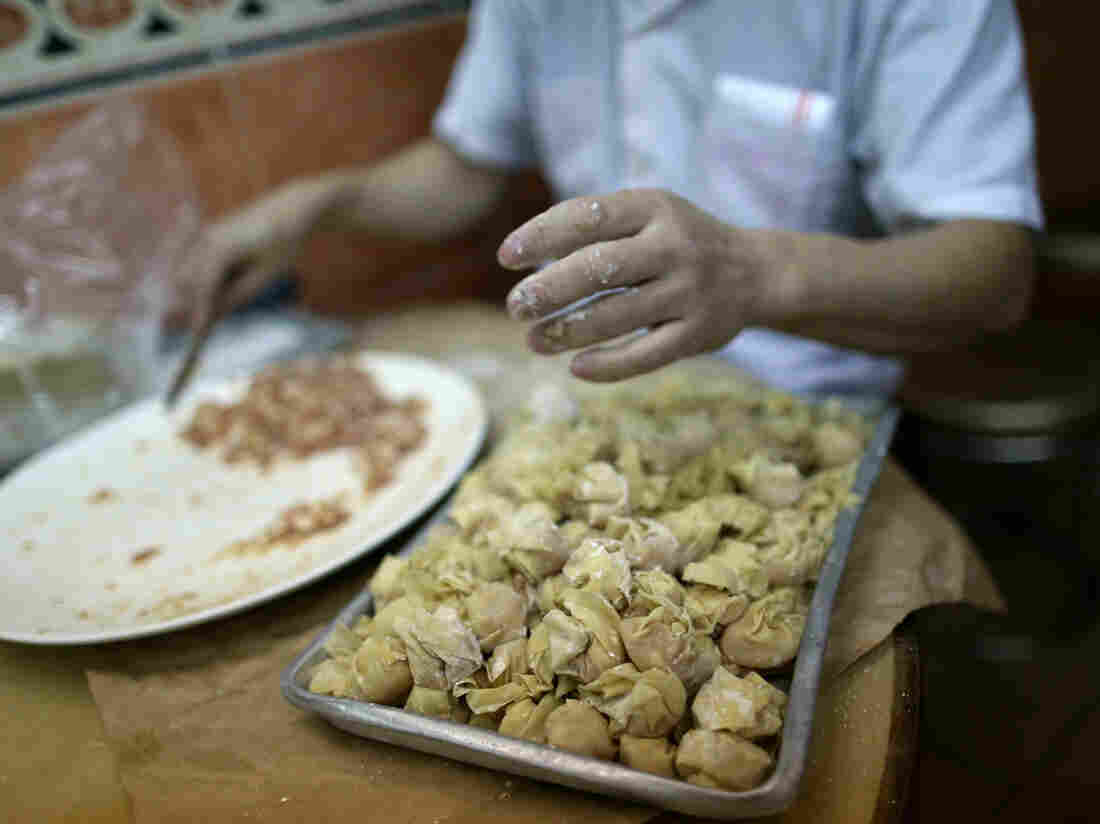 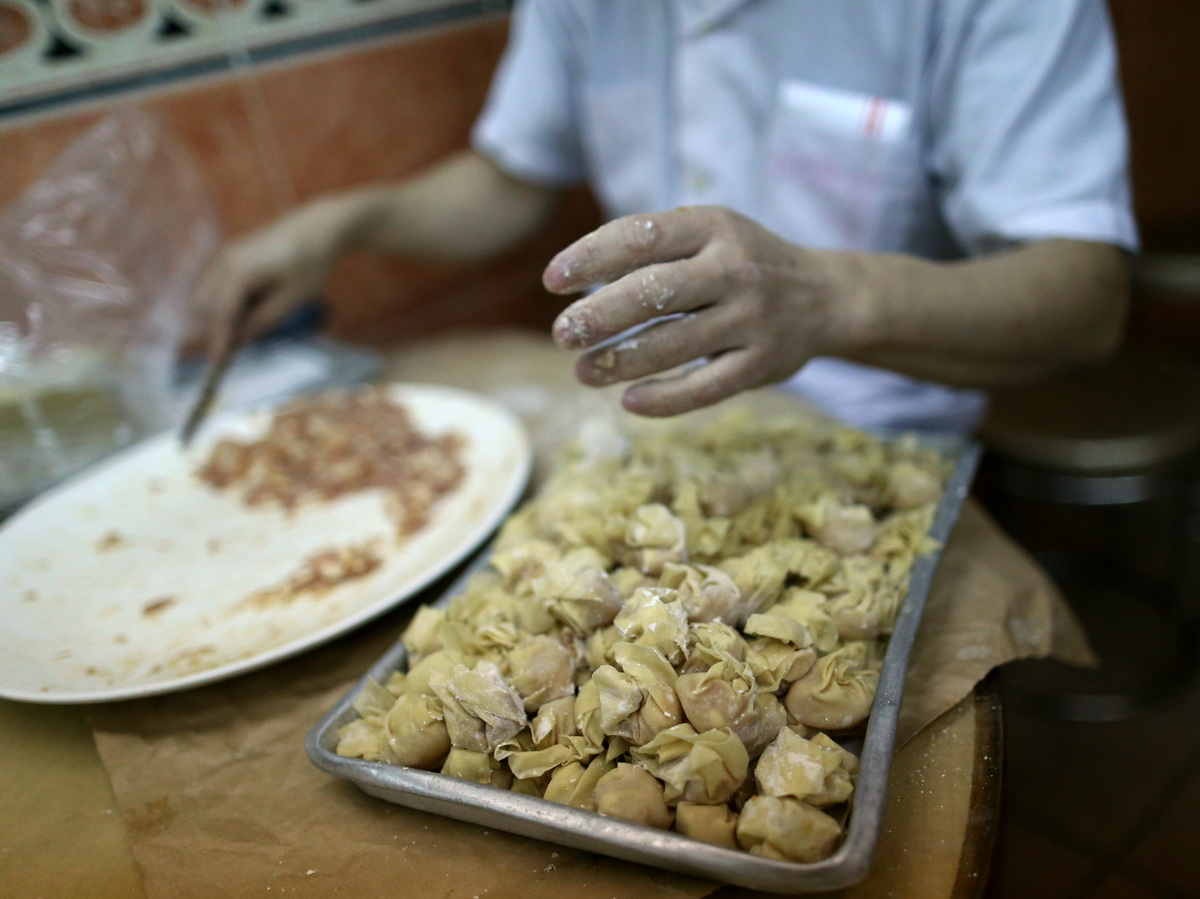 A member of the staff at the one-Michelin-starred restaurant Ho Hung Kee prepares wontons in Hong Kong.

Popular lore has it that the Italian merchant Marco Polo was responsible for introducing the noodle to China. This legend appeals to Italians, but if you ask the Chinese, they may beg to differ. 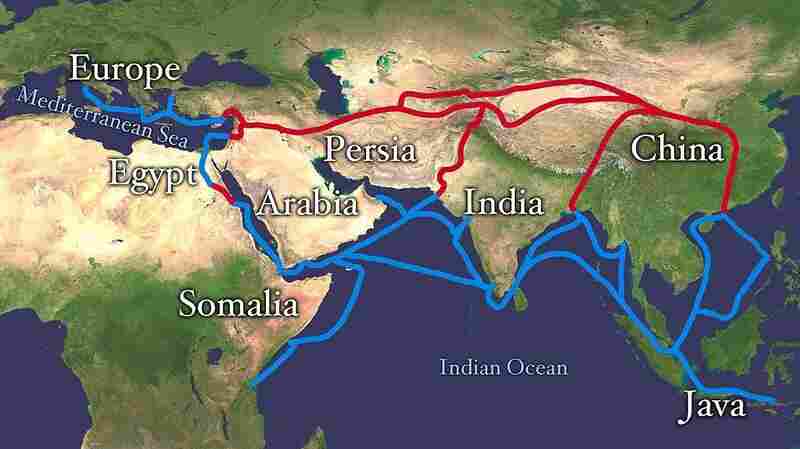 The Silk Road stretched from Eastern China to Europe and was the primary route for merchants in the ancient Chinese silk trade. Wikimedia Commons hide caption 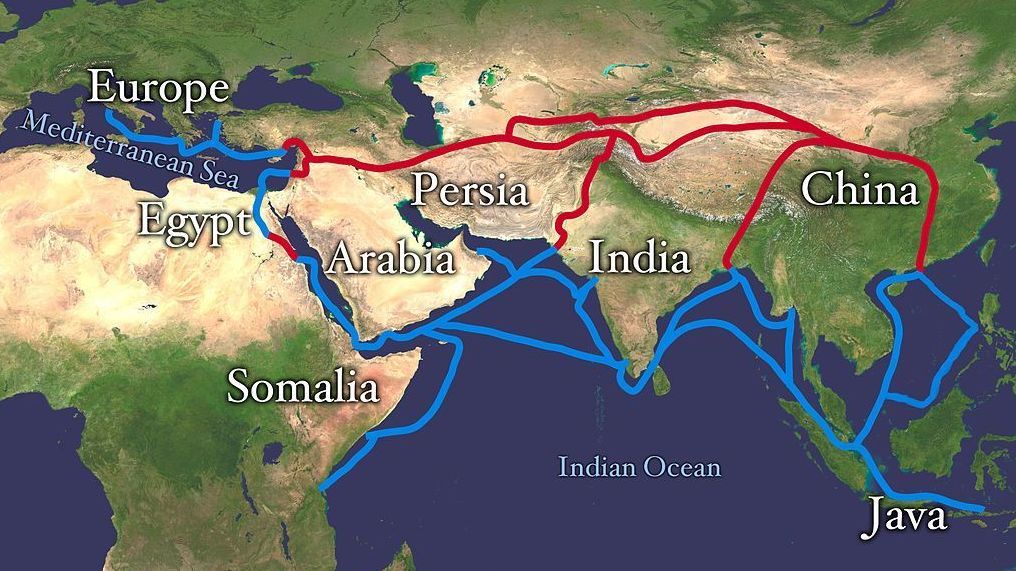 The Silk Road stretched from Eastern China to Europe and was the primary route for merchants in the ancient Chinese silk trade.

In her latest book, On the Noodle Road, author Jen Lin-Liu chronicles a six-month journey along the historic Silk Road from eastern China, through central Asia, Turkey, Iran and eventually arriving in Italy, in search of the true origin of the noodle.

As Lin-Liu tells NPR's Linda Wertheimer, the myth of pasta traveling from West to East was first popularized by Macaroni Journal, the official trade journal of the pasta manufacturers of the U.S. In 1929, the journal had a story "about how Marco Polo arrived at a destination that seemed more South Pacific than Chinese and came across natives drying strands of dough."

But this couldn't possibly be correct. "As it turns out, the Chinese don't dry their pasta the way that Italians do," she says.

So what are the historical origins of noodles in China?

"China has had a longer tradition of bread than noodles, and the ripping of dough — either boiled or cooked — into a wok of boiling water was how noodles first originated in China," says Lin-Liu.

In the Tibetan province of Qinghai, Lin-Liu finds women in a restaurant kitchen ripping long, flat strands of noodles by hand to make the square-shaped noodles that are typical to the region. Boiled in water, they are served up in a light mutton broth.

"They're the right texture, chewy; just the right size, like a large postage stamp; and they're stir-fried in a spicy broth with bits of green peppers and onions and either lamb or beef. And they're delicious," Lin-Liu says. 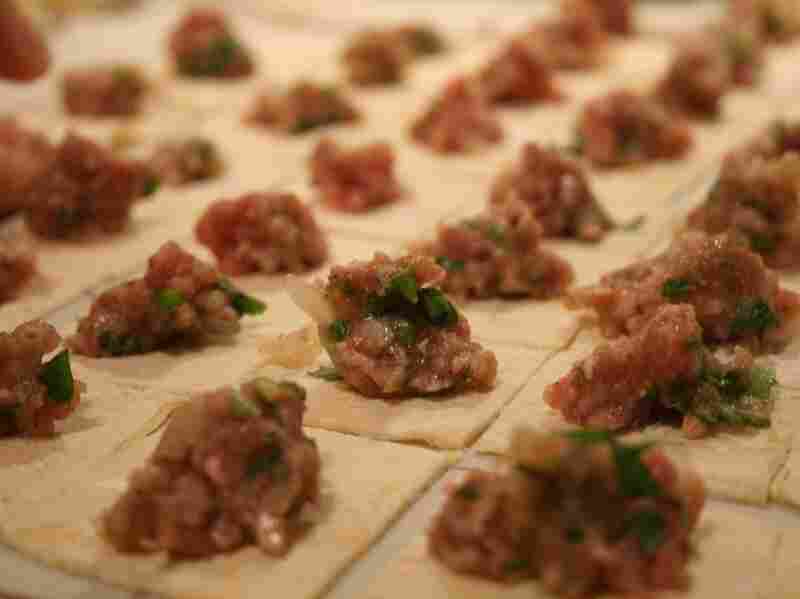 In Turkey, bits of meat are wrapped in squares of pasta to make manti. thebittenworld/Flickr hide caption 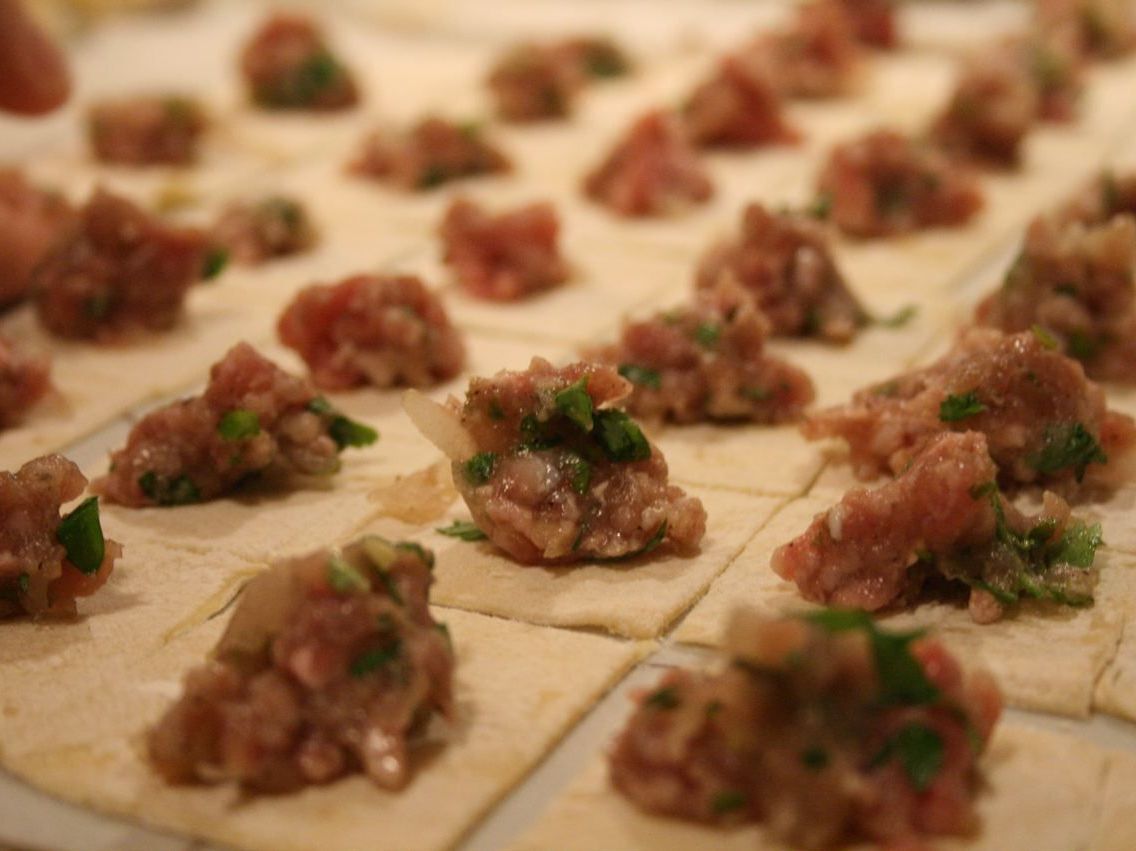 In Turkey, bits of meat are wrapped in squares of pasta to make manti.

Heading further west, she comes across all manner of small dough parcels containing spiced meats, vegetables and cheeses. The wontons and dumplings of China give way to the manta of Central Asia, the similarly named manti of Turkey, and finally, the tortellini of Italy.

"Some people theorized that Ghengis Khan was responsible for carrying these filled pasta dishes all the way from China through Eastern Europe, where of course you have pierogies and other similar dishes," says Lin-Liu.

But who does pasta best?

"I think that there's a real toss-up between Italy and China," Lin-Liu says. "At both ends of the Silk Road, you really get a refinement of pasta and noodles that you don't really see in the central part of the route."

But this diversity along the way is what Lin-Liu believes make noodles so pleasurable. Not only can they be prepared in such different ways, but they can be topped with almost anything.