Accessibility links
NYC Doctors Are Now Prescribing Fruits And Veggies : The Salt Under a program at two New York City hospitals, doctors are prescribing fresh produce to obese or overweight patients. It's part of an effort to connect low-income patients with healthful foods at local farmers markets. 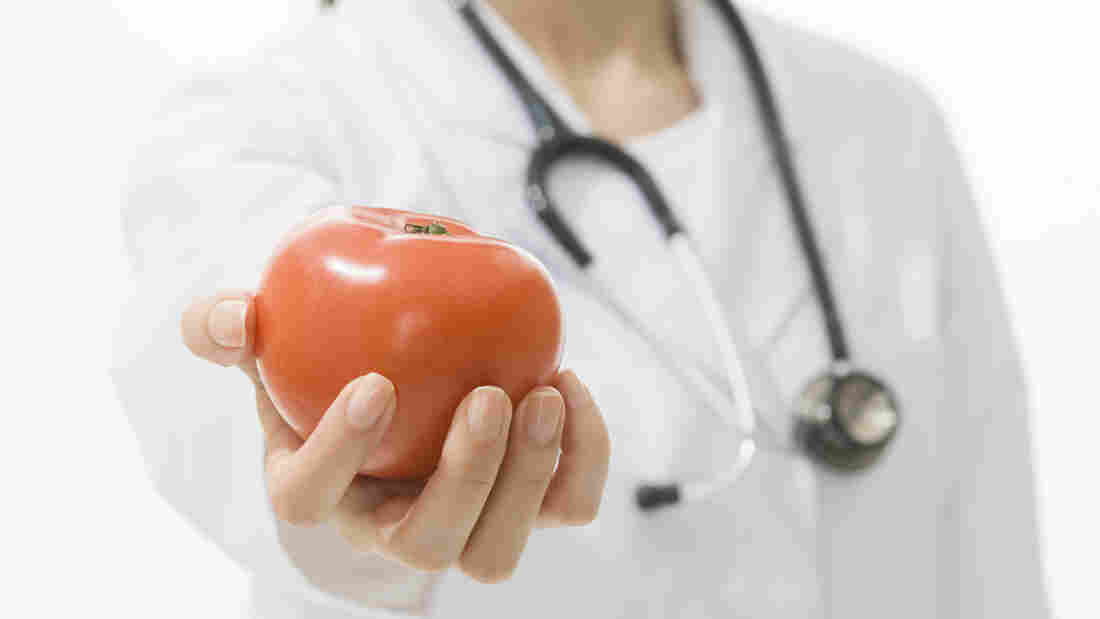 Take two of these and call me in the morning. iStockphoto.com hide caption 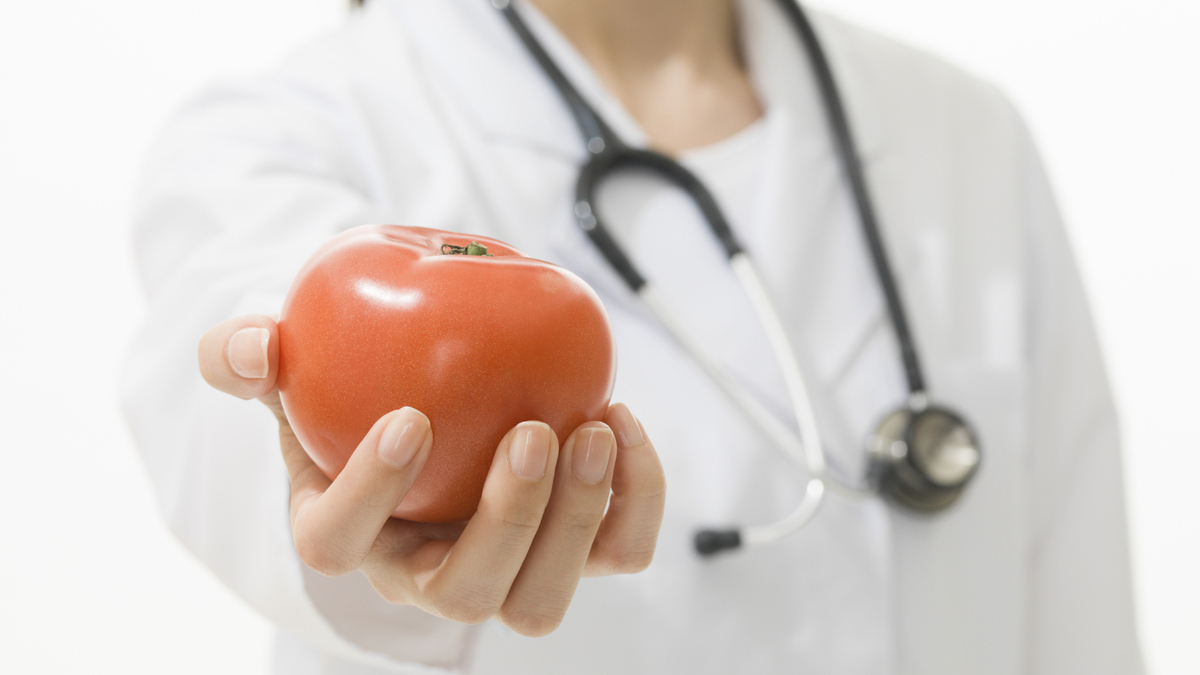 Take two of these and call me in the morning.

Doctors typically give patients prescriptions for medications. But a new program in New York City has doctors prescribing fruits and vegetables to obese or overweight patients.

Under the program, obese or overweight patients can be prescribed Health Bucks redeemable for produce at local farmers markets.

Health Bucks are a part of the city's GrowNYC initiative to make locally grown produce available to low-income New Yorkers. The vouchers are accepted at more than 140 New York City farmers markets.

The Fruit and Vegetable Prescription Program is meant to benefit whole families and communities at a time. Patients in the program receive $1 in Health Bucks per day for each person in their family for a period of at least four months. Each month, patients check in with the hospital to have their prescriptions renewed, and their weight and body mass index evaluated. They also receive nutritional counseling.

"My son lost 40 pounds [being on] this program," she says, "and also I lost weight doing it with him. ... I have four other kids also doing the program."

The prescription program was started by Wholesome Wave, a nonprofit that connects low-income people with local, farm fresh foods. In 2011, the group piloted the program at sites in Massachusetts, Maine, California and Rhode Island. It has now expanded to seven states.

This summer, Lincoln Medical Center in the Bronx and Harlem Hospital Center became the first New York State facilities to participate in the program.

Dr. Shefali Khanna, chief of pediatrics at Lincoln Medical Center, says she thinks the program will bring lasting benefits to the city.

"We're not only teaching them just about eating healthy," Khanna says. "This is really an investment for the future. And we hope we have a whole generation of kids who benefit from this, and reaches adulthood at a healthy optimal weight."

Stay tuned: Later this summer, we here at The Salt plan to follow a patient on the program to see how it works.

A version of this story originally appeared on member station WFUV's website.