Accessibility links
Chow Down In Sync With Your Circadian Clock : The Salt When the timing of meals doesn't match well with sleep-wake cycles, that can set your body's circadian rhythms out of sync, which in turn can throw off the body's ability to process food, resulting in extra energy stored as fat. 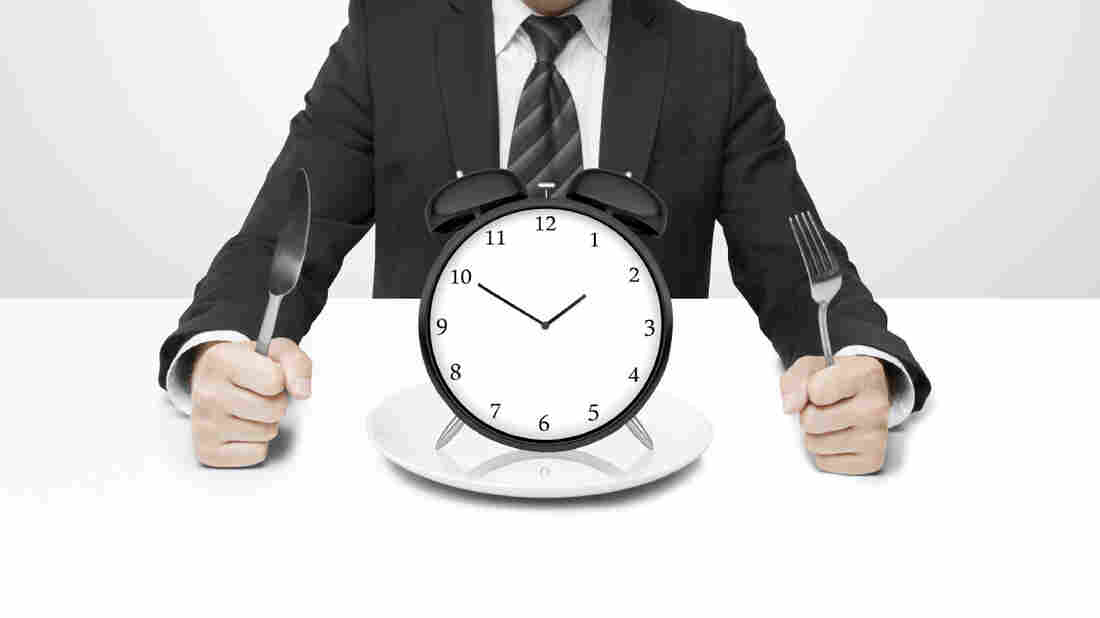 The time of day you eat really does make a difference when it comes to health outcomes. iStockphoto.com hide caption 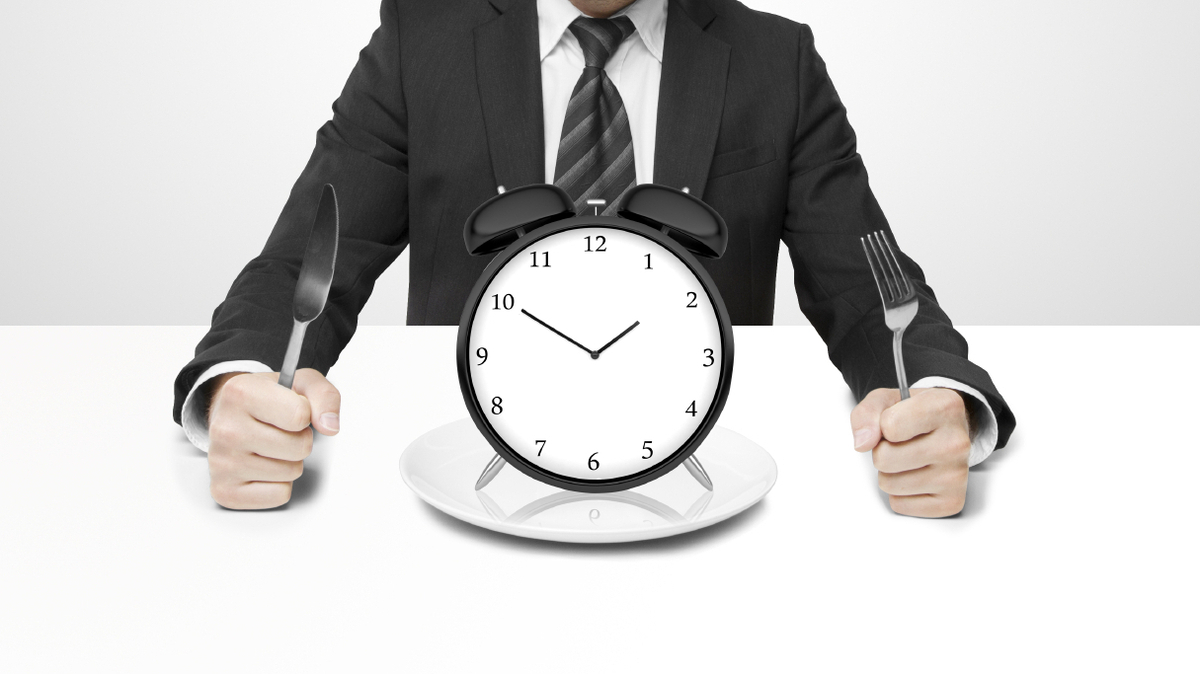 The time of day you eat really does make a difference when it comes to health outcomes.

We've already nudged you this week about the benefits of breakfast. And this got us thinking more about the timing of our meals.

There's a growing body of evidence to suggest that when we eat during a 24-hour cycle is likely more important for our health than we realized.

Take, for instance, a study published earlier this year, which we reported on, that suggests the best way to maximize weight loss is to eat early in the day, not late.

As part of the study, researchers in Spain recruited hundreds of middle-age folks who were overweight, and put them on a diet for five months.

At the end of the study, the folks who'd eaten their main meal of the day before 3 p.m. lost about 5 more pounds than the people who ate a dinner meal later in the evening. (The late eaters were also more likely to eat breakfast.)

What's interesting here is that all the dieters were eating about the same number of calories and had similar levels of physical activity. And the authors concluded that, indeed, the timing of when we eat does seem to matter.

So, what's going on here? Researchers think our body clocks have a lot to do with it.

You see, in addition to the master clock in our brains, there are also little time-keeping clocks in all the organs of our bodies — from our livers and hearts to our guts.

Since these clocks don't work on a perfect 24-hour cycle, they need to be reset each day. Think of it as winding up an old grandfather clock.

Light works as a main cue to reset the brain clock. And scientists say an important reset cue for the mini-clocks in our body is the first bite of food in the morning. It's the biological nudge that says: "Hey, the day has started — wake up and start working."

"When the timing of meals does not match with the sleep-wake cycle well, there's a disconnect between the different clocks that we have in basically all the cells of our body," explained Frank Scheer, who directs the Medical Chronobiology Program at Brigham and Women's Hospital in Boston. We spoke to him back in January, when the study was published.

If you listen to my conversation on NPR's Here & Now, you'll also hear how scientist Satchin Panda of the Salk Institute explains the likely connections between the timing of meals and the body's ability to process food optimally.

"When the clocks in our body are out of sync," explains Panda, "then our body stores extra energy as fat. And over a long period of time, that can lead to Type 2 diabetes, obesity and increased risk for heart diseases."

So, bottom line, respect the clock. And stay tuned on this topic. More research is on its way.