Accessibility links
Farm To Fido: Dog Food Goes Local : The Salt Feeding your pooch with locally sourced meats and vegetables may seem like the culinary equivalent of a Versace pet bowl. But producers of this posh-sounding pet food say it can cut down on food waste and help farmers. 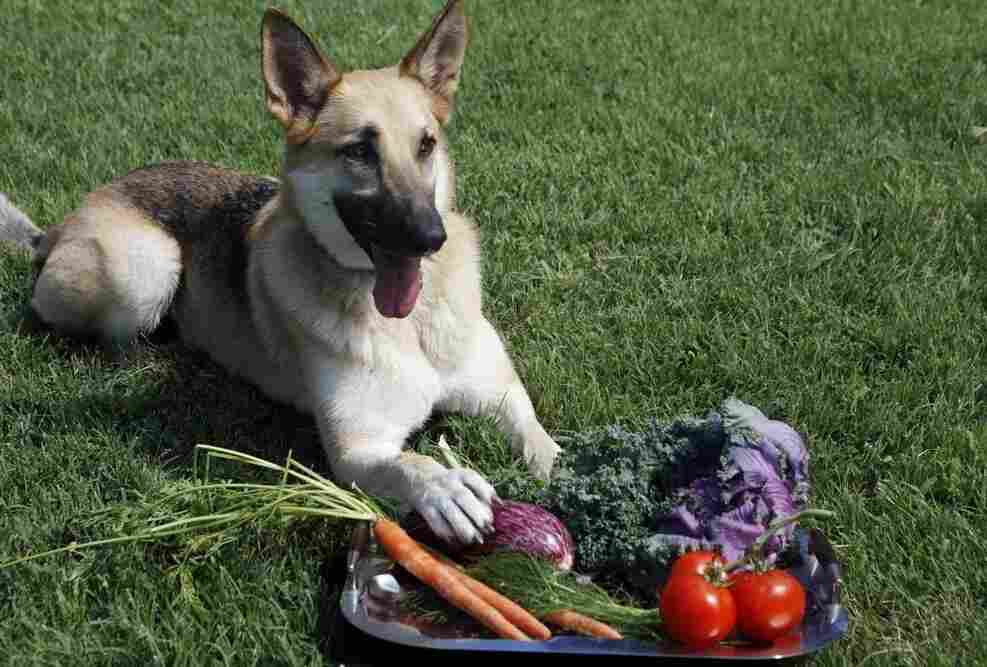 Producers of farm-to-dog-bowl food say the concept is more about locavorism and sustainability than about pampering pooches. Heather Rousseau/NPR hide caption 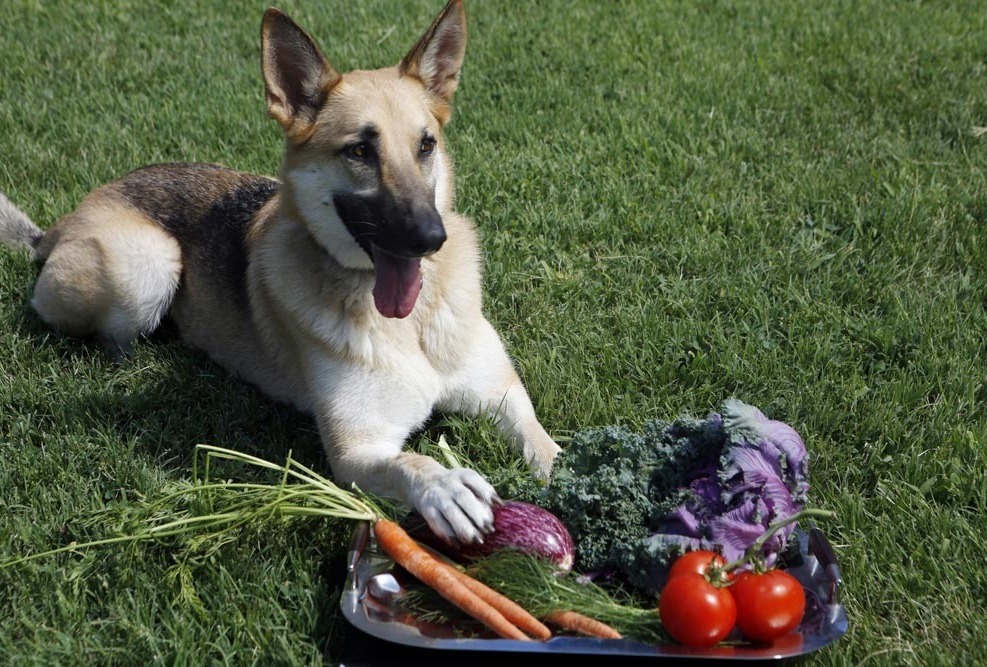 Producers of farm-to-dog-bowl food say the concept is more about locavorism and sustainability than about pampering pooches.

The email read: "We signed a contract for farm-to-bowl dog food product development today, I kid you not :)"

The note was from a friend, Wendy Stuart, who consults on food access and sustainability issues. Even so, our first reaction was: Really?

It's easy to dismiss the concept as the culinary equivalent of a diamond dog collar or a Versace pet bowl.

But many producers offering farm-to-fido dog food say it's a healthful option for pets that also helps farmers and ranchers while cutting down on food waste. It can also help the environment. For instance, the product Wendy is developing is made from wild blue catfish, an invasive species in the Chesapeake Bay.

Two years ago, Jake Dickson made headlines as one of several New York City butchers selling high-end, locally sourced dog food. Dickson's pet chow is a blend of farmers market veggies and leftover meats that don't make it into the premium artisanal cuts he sells at his Chelsea Market shop.

Feeding Fido with locally sourced meats and vegetables can get pretty pricey. Dickson's fancy feast will cost you $10 per quart, about enough to feed a 100-pound dog for a day. That translates to $300 a month, for those of you keeping score. Even so, Dickson says about 100 customers each week pick up the gourmet grub.

It is "quite expensive," he says, but his goal isn't to pamper pooches.

"For us, it's all about 100 percent utilization of the animal," Dickson tells The Salt. "If we're going to slaughter it, we want to use every part. And second, if we use every part, we're more profitable as a company."

As Dickson notes, picking up scrap meats for your dog at the local butcher is a tradition with a long history. And with the growth of the locavore movement, meat producers from coast to coast say they're also seeing a boom in demand for local pet food options. Some are even setting up subscription-based "doggie CSAs," or community-supported agriculture.

Dennis Adams and his wife raise free-range sheep, alpaca and chickens at Cota Farms, about 45 miles outside of Columbus, Ohio. When they process their meat, he says, they always have leftovers — necks and backs of chickens, and sheep hearts. So several years ago, Adams started grinding up this meat and selling it as raw dog food at local farmers markets.

"This is premium, organic meat," Adams tells The Salt. "Dogs are lucky to get it."

Word quickly got out and demand grew. Now, he has 50 subscribers for his raw dog food CSA.

In fact, business grew so rapidly that Adams recruited other ranchers and farmers in the region to contribute their leftover meat — "there's really nothing else you can do with a beef heart," he says (unless you're a high-end chef into offal).

Over in San Diego, entrepreneur Tasha Ardalan has also recently gotten into the community-supported dog food business. She gathers the season's leftover fruits and vegetables from local farmers who would otherwise have to toss them out.

"The farmers love it," she tells us. A few have even signed up for her dog food.

The produce gets mixed with meat from local ranchers and sold as a raw, organic dog food patty that costs subscribers of her CSA — named Foxy Treats — $4 a pound. "Some customers are a bit skittish about the food being raw," she says. "So I just tell them to bake it."

Ardalan says she consulted with local vets before coming up with her recipes. Getting the mixture right is paramount, says Jennifer Larsen, an assistant professor of nutrition at the University of California, Davis School of Veterinary Medicine.

Larsen says if you're going to go DIY with your dog food in the name of locavorism, be sure to check in with a board-certified veterinary nutritionist. (This is a vet with a specialty in nutrition, not someone with an Internet diploma.)

It's easy to make a recipe that lacks essential nutrients for dogs, she warns. She recently published a study of 200 homemade dog food recipes gathered from vet textbooks, dog care books and the Web. Ninety-five percent of these recipes lacked at least one essential nutrient, she found, and more than 80 percent lacked multiple nutrients. Over time, she says, such deficiencies can lead to serious health problems for your barking buddy.

Larsen says many of her clients do source their dog food locally — a perk of living in California's Central Valley. And some have the luxury of outsourcing the kitchen work involved in cooking for four-legged locavores.

"There are owners that we [design] recipes for," she says, "and they hire professional chefs to [make] our recipes because they don't have the time to do it themselves."