Accessibility links
Palm Oil In The Food Supply: What You Should Know : The Salt Health concerns surrounding trans fats led many food manufacturers to abandon partially hydrogenated oils. Palm oil has helped fill the void. But guess what? It's high in saturated fat. 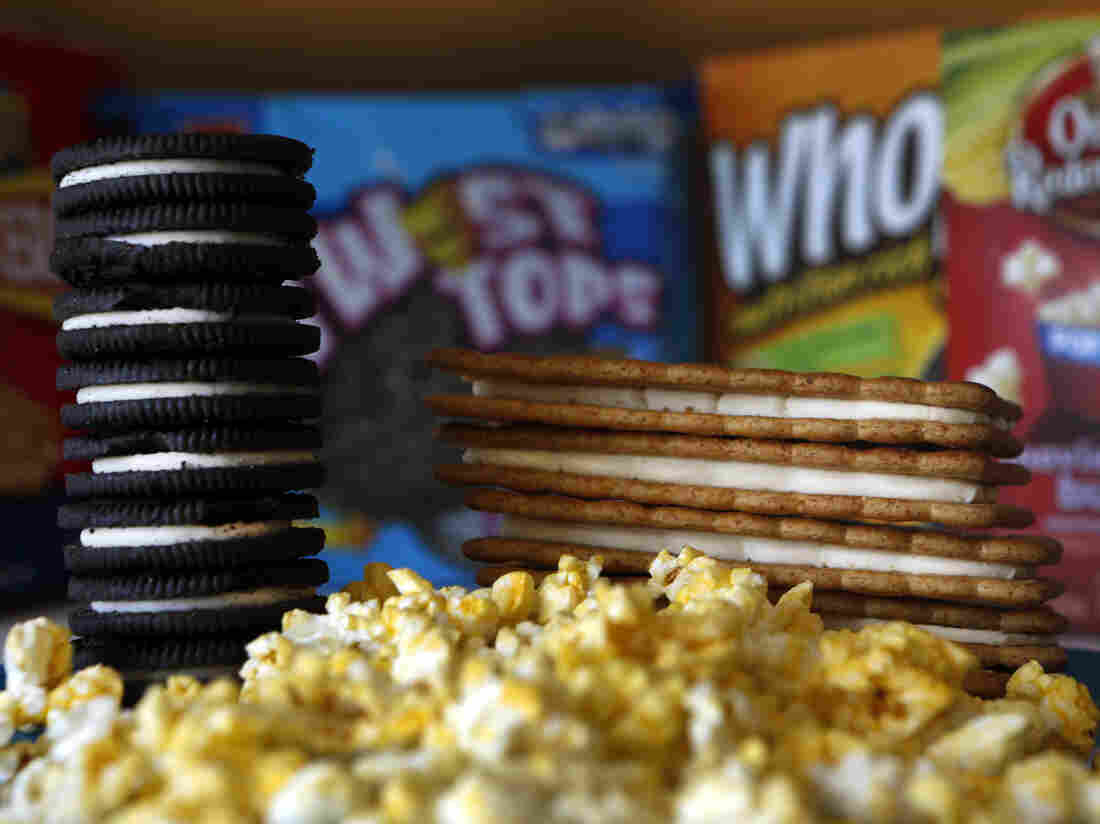 Much of the palm oil imported into the U.S. ends up in snack foods such as cookies, crackers and microwave popcorn. Heather Rousseau/NPR hide caption 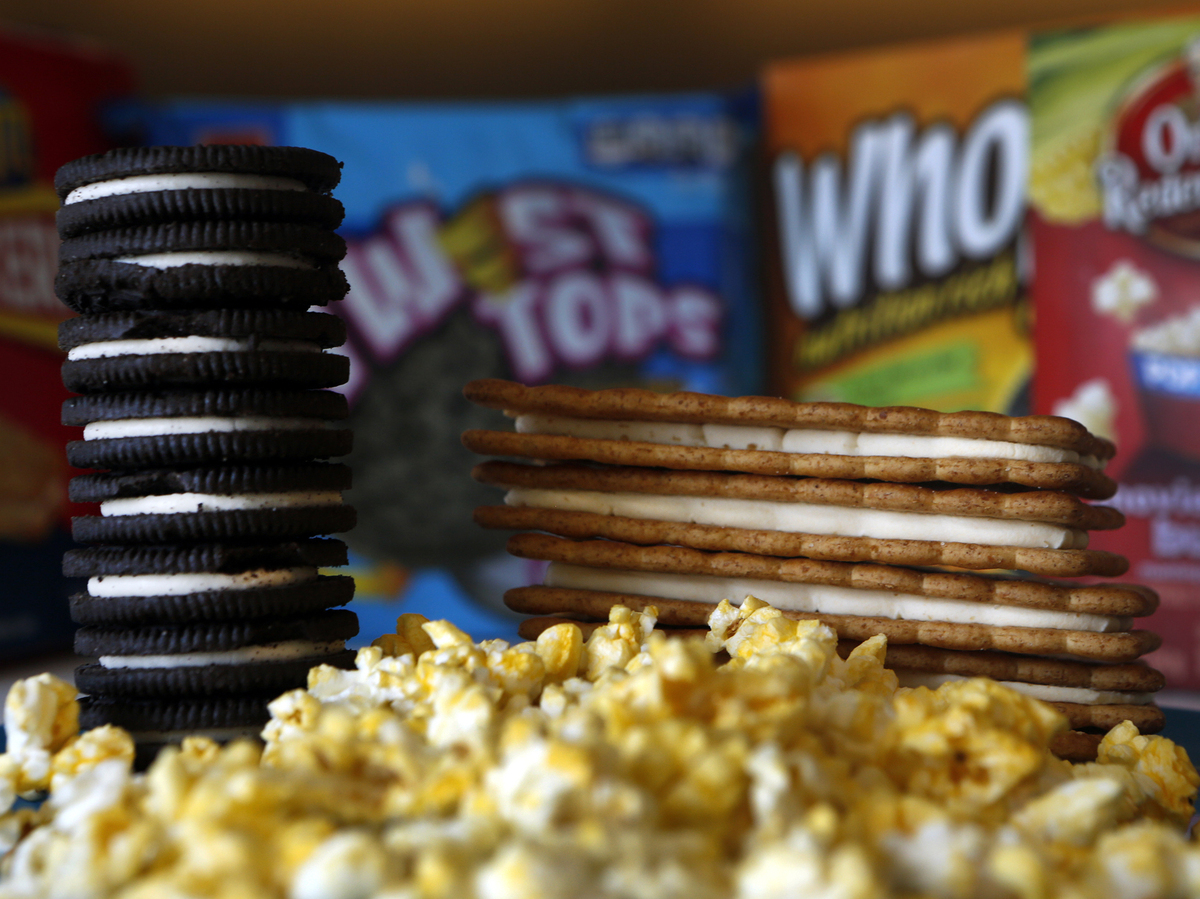 Much of the palm oil imported into the U.S. ends up in snack foods such as cookies, crackers and microwave popcorn.

Remember the battle over trans fats? Yeah, the fats that did our hearts no favors.

As we've reported, the push to get these cholesterol-raising fats out of the food supply has been pretty successful. And now most packaged snacks are labeled as having zero grams of trans fat.

So what are food manufacturers using instead? One alternative is palm oil. But it's not an ideal replacement.

There are environmental concerns about how palm oil is produced. And what's more, from a health perspective, palm oil is high in saturated fat.

In one study, people who were put on a diet rich in palm oil for about five weeks saw their LDL cholesterol (that's considered the bad cholesterol) rise. This is very similar to what happens on a diet high in partially hydrogenated oils, which contain trans fats.

So what's the better alternative?

"Optimally, the substitution [for partially hydrogenated oils] wouldn't be palm oil. "It would be a vegetable oil" such as canola or soybean oil, says Alice Lichtenstein, professor of nutrition at Tufts University. These oils contain more unsaturated fat.

So how much palm oil is in our food supply? According to USDA data, U.S. imports of palm oil more than doubled between 2005 and 2012. Last year we imported about 2.7 billion pounds.

As my colleague Richard Harris estimates, this is about 380 million gallons, which is is enough to fill more than 500 Olympic swimming pools and, he points out, is more oil than BP spilled in the Gulf during the Deepwater Horizon disaster.

Much of the palm oil ends up in snack foods such as cookies, crackers and microwave popcorn. And a number of manufacturers are using a mix of oils in many of their products. For instance, it's typical now for crackers to contain a little palm oil as well as soybean, canola or cottonseed oil.

It's impossible to know exactly how much palm oil is in a food just by reading the label. But here's one rule of thumb: The more palm oil a packaged food contains, the higher the saturated fat content. So if you see palm oil listed as an ingredient but the saturated fat is low, you can assume that it has been mixed with other, unsaturated fat oils.

It's important to note that palm oil shouldn't be vilified. It contains about as much saturated fat as butter.

And both of these fats, let's face it, are found in calorie-dense foods that we're told to eat sparingly.