Accessibility links
For The Love Of Beer: How Empty Cans Made A House A Home : The Salt John Milkovisch's ambitions started out simple: build a place to enjoy a cold one. Throughout the 1960s and '70s, Milkovisch amassed thousands of empty beer cans, which he eventually put to use on his house in Houston. 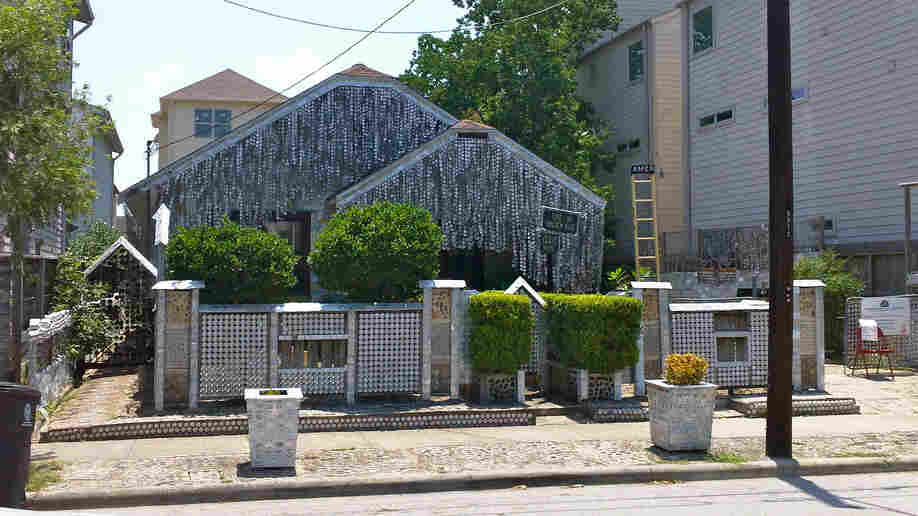 The Beer Can House in Houston in 2011. It's estimated that more than 50,000 beer cans were used to cover the entire house. Bill Rand/Flickr hide caption 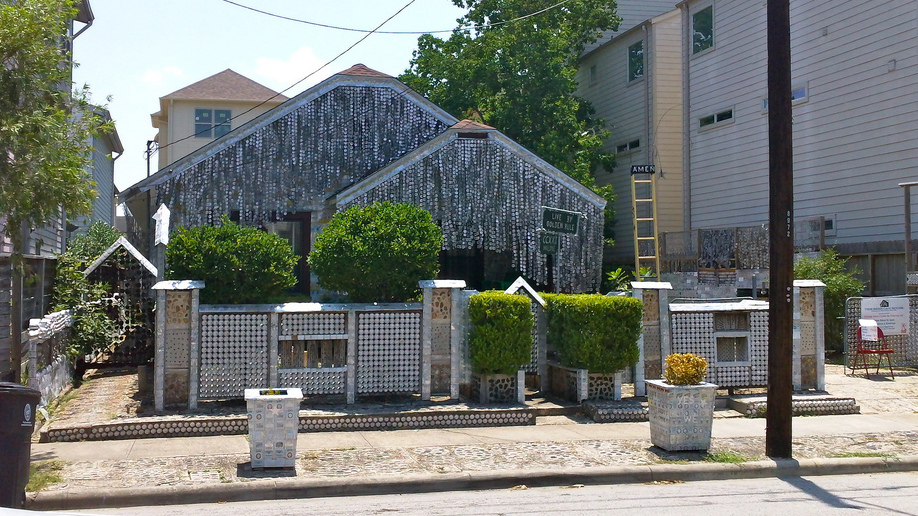 The Beer Can House in Houston in 2011. It's estimated that more than 50,000 beer cans were used to cover the entire house.

At first, all John Milkovisch wanted in 1968 was a covered patio where he could drink his beer at the end of the day. But a bigger idea was brewing. For years, he had been saving his empty beer cans.

"While I was building the patio I was drinking the beer," he said in an interview in 1983. "I knew I was going to do something with them aluminum cans because that was what I was looking for ... but I didn't know what I was going to do." (Milkovisch died in 1988.)

Over time, Milkovisch's love of beer and work with his hands — he was an upholsterer — fused into one project. In his retirement, he covered his entire home with beer cans — all different parts, in various shapes and functions. It's estimated that more than 50,000 cans were used.

The Houston home is now dubbed the Beer Can House and is run by a local arts organization.

Ruben Guevara, head of restoration and preservation for the house, says what catches the attention of passersby most are the strands of can tops that hang outside the home.

The garlands are anywhere from 2 to 10 feet long, he tells Melissa Block, host of All Things Considered. The aluminum "just dances when the wind blows. And it makes this song, like this wind chime that never stops." 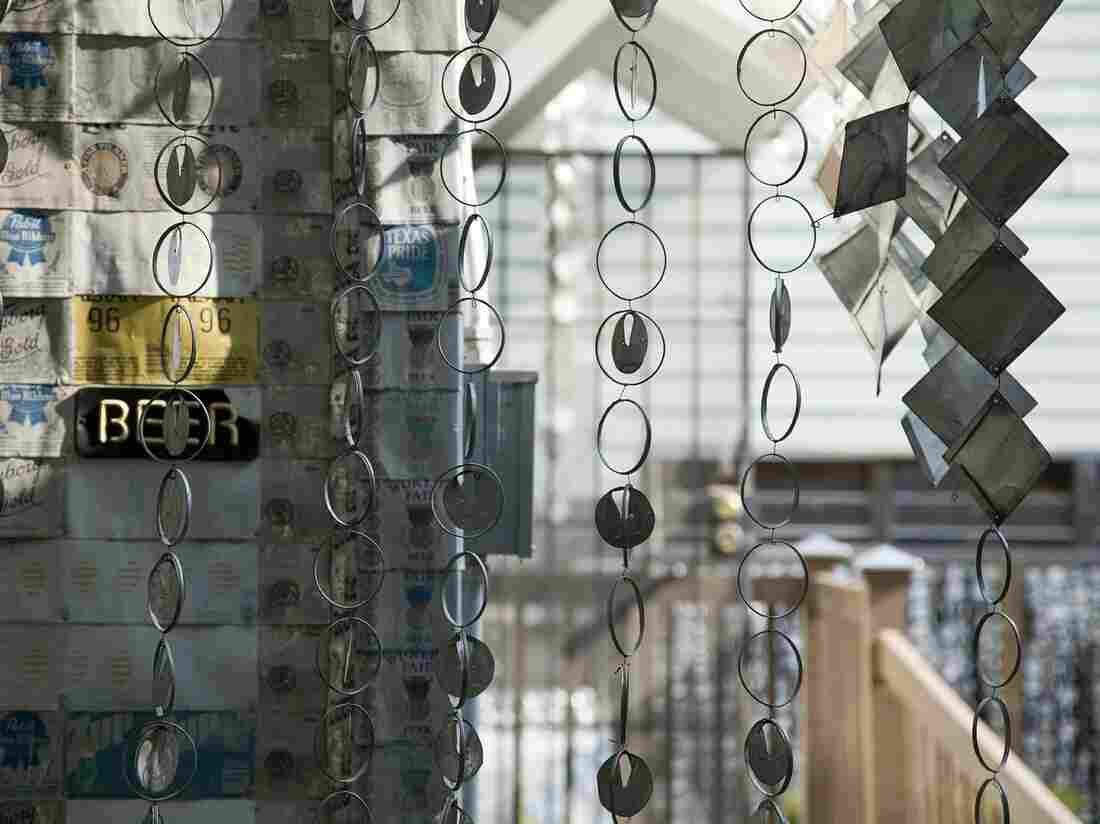 Can tops were strung into garlands that hang outside the house. David Brown/The Beer Can House hide caption 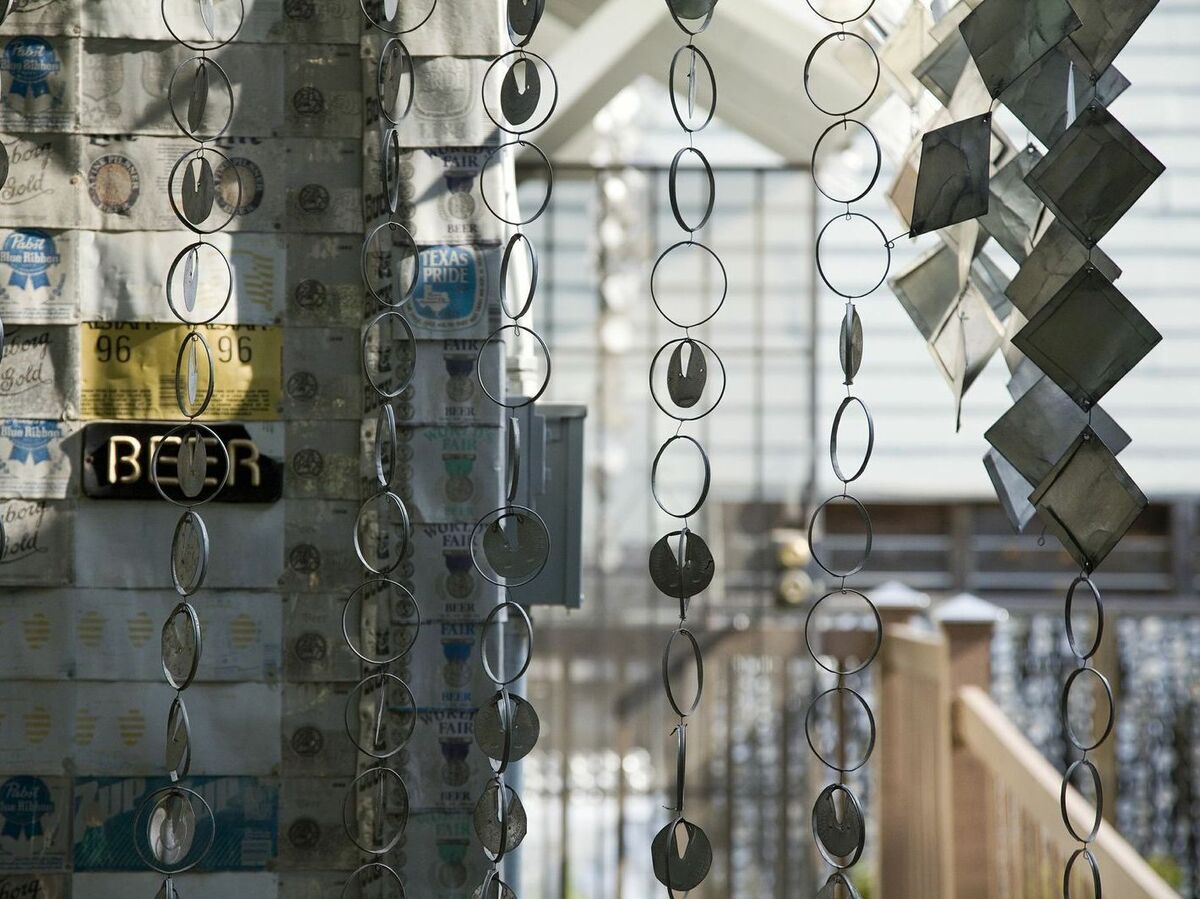 Can tops were strung into garlands that hang outside the house.

In some ways, it was a community project — Milkovisch and his wife needed help with the drinking, after all.

"It was a six-pack a day, him and his wife and friends and anybody who was passing by, wanted to stop by and hang out," Guevara says.

But the vision was all Milkovisch's. He worked on the house as long as his health allowed. Mary Milkovisch, his wife, lived in the house until 1996. She died in 2002. 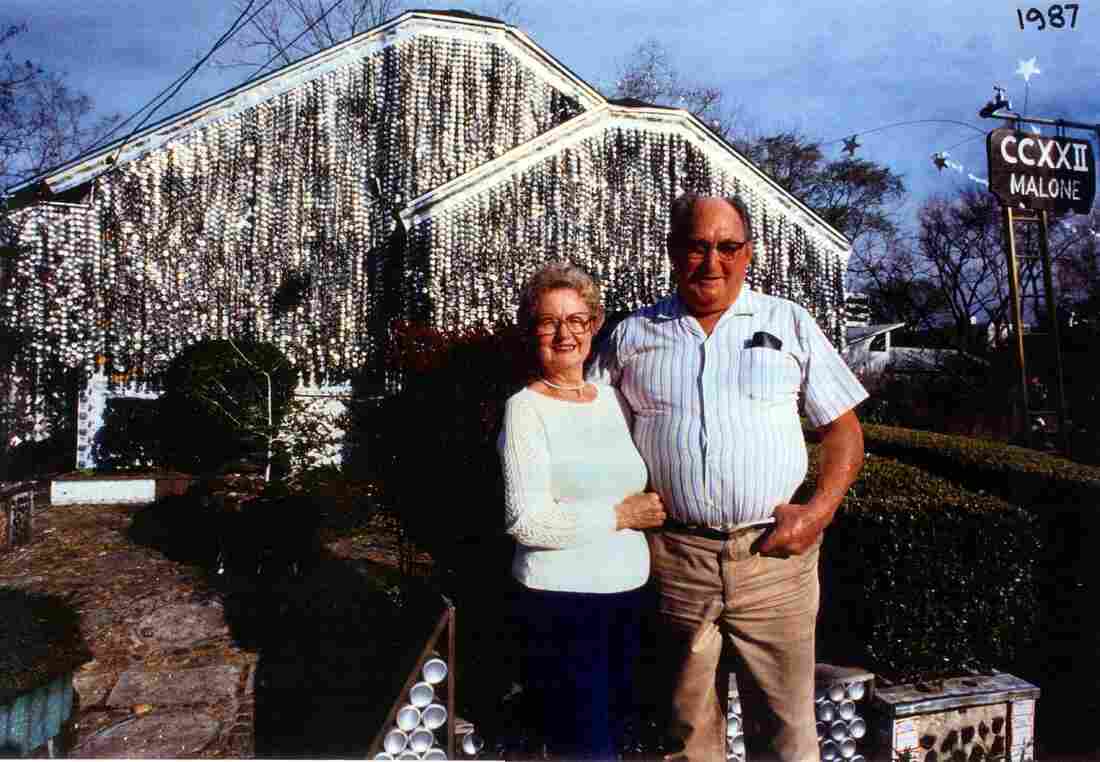 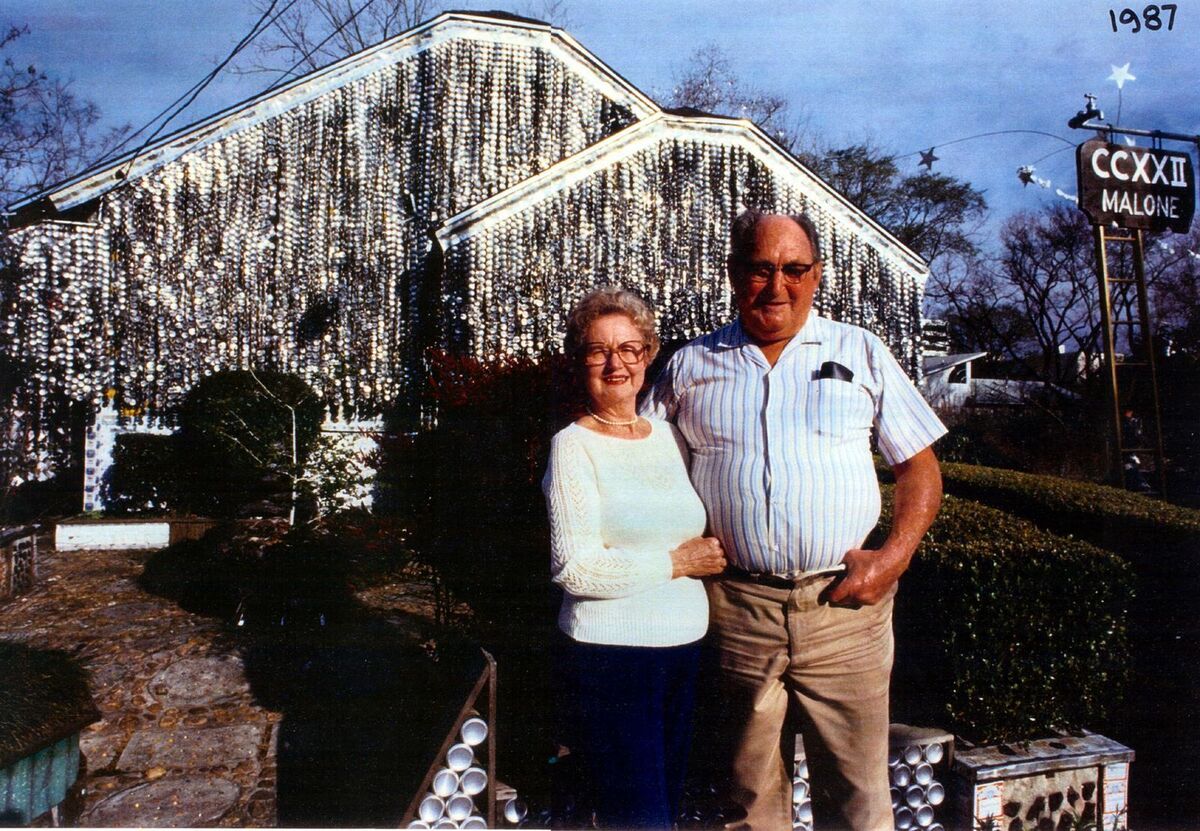 John and Mary Milkovisch in front of their Beer Can House in 1987.

So after all that drinking, what was Milkovisch's favorite brand? "Whatever was on sale," Guevara says. "All beer was great. He enjoyed it all."