Accessibility links
Ecologists Turn To Planned Grazing To Revive Grassland Soil : The Salt The world's soil is in trouble. Ecologists say without dramatic changes to how we manage land, vast swathes of grassland are at risk of turning into hard-packed desert. To make sure that doesn't happen, researchers are testing out innovative ways to keep moisture in the soil. 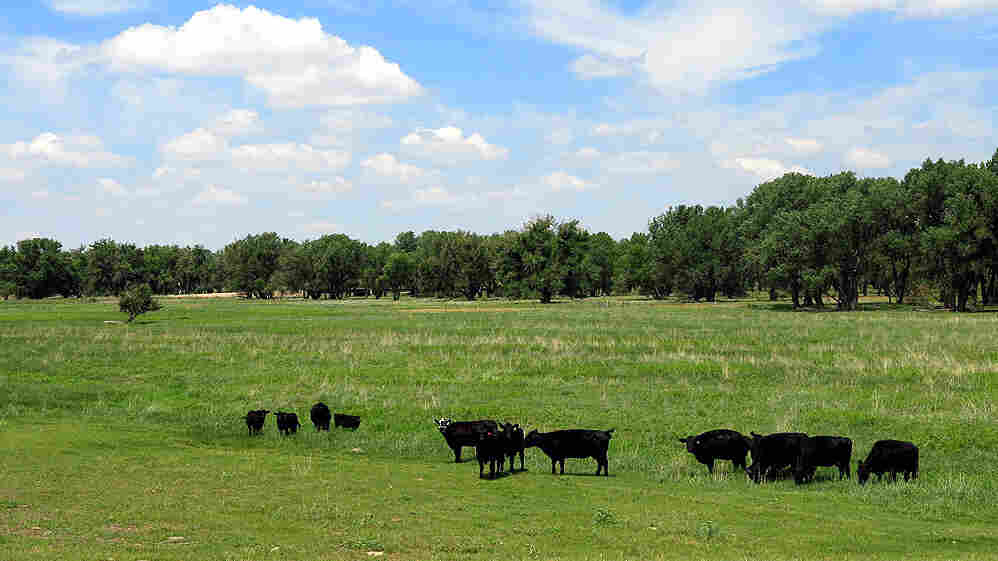 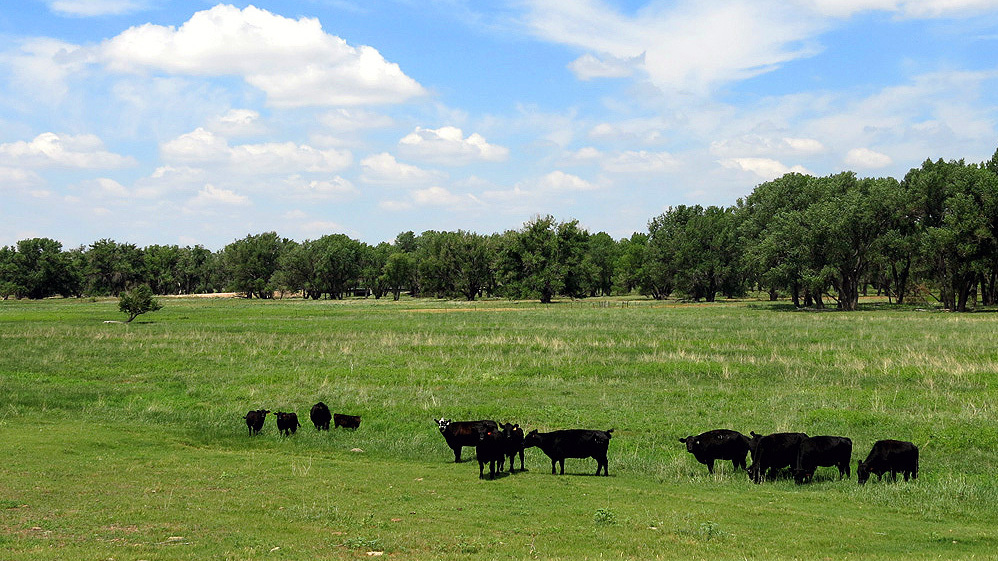 Fox Ranch, outside Yuma County, Colo., is a 14,000-acre nature preserve and working commercial cattle ranch. The ranch is used by the Nature Conservancy to put into practice its panned grazing technique.

The world's soil is in trouble. Ecologists say without dramatic changes to how we manage land, vast swathes of grassland are at risk of turning into hard-packed desert. To make sure that doesn't happen, researchers are testing out innovative ways to keep moisture in the soil.

In eastern Colorado, one way could be in the plodding hooves of cattle.

Conventional wisdom tells you that if ranchland ground has less grass, the problem is too many cows. But that's not always the case. It depends on how you manage them, if you make sure they keep moving. 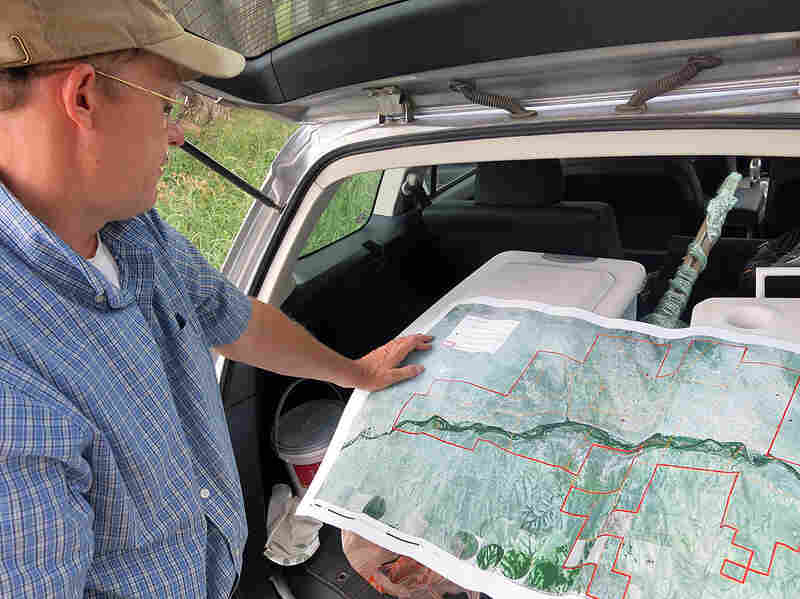 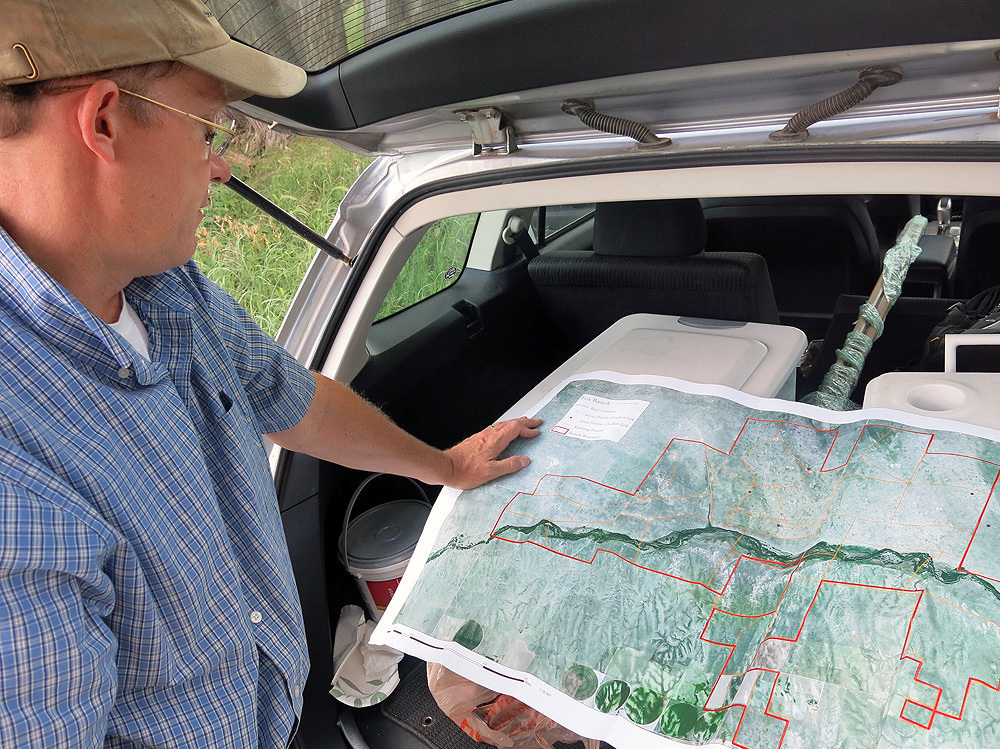 A few miles west of the Kansas border in Yuma County, Colo., the land stretches north and south along a band of the Arikaree River, a tributary of the Republican River. The ranch, owned by the Nature Conservancy and leased to local rancher Nathan Andrews, is part of a grand experiment. Researchers are putting in practice something called holistic management, or planned grazing.

"When I learned about it, that style of grazing, the basis was everybody was producing more grass," said Andrews, a fifth-generation cattle rancher in eastern Colorado. "It's hard, as a producer, to argue with more grass. Because we never have enough grass."

Farmers and ranchers know in a few decades they'll have to feed a lot more people, while at the same time, keep the soil healthy and make money doing it. That's the philosophy behind holistic management. Proponents say the focus is not just on the soil's health and the prevalence of grasslands, but also tout its ability to help a rancher's bottom line. And it's way more involved than your run-of-the-mill rotational grazing, which has been used by pastoralists for centuries and is still used by ranchers today.

Here's how planned grazing works: A detailed chart drives every decision made on the ranch. At the beginning of each season, you plot out your moves on the map, like a Monopoly board. If the grass is better on the eastern part of your ranch, the cattle should stay there longer, but not too long. The cattle have to keep moving. The animals' hooves push on the soil, helping it to retain more rainfall.

The most common word tied to the planned grazing movement is "mimicry," as in mimicking the wild herds of large mammals that used to move across the Great Plains in tightly herded packs.

"You're only ever approximating what wild animals did when there weren't any people or fences to tell them what to do," Burnidge said. "But it's reasonable to think that they tried to stay on the forage that was best for them at the time."

What makes the Fox Ranch unique is its approach to documentation. The idea of planned grazing isn't new, but the Nature Conservancy wants evidence that it works before telling other ranchers to try it out.

The godfather of this grazing technique is Allan Savory, the creator of a few organizations that tout the ability of these methods to restore grasslands and pull ranchers across the world out of poverty. If his name sounds familiar you might have seen his TED talk from earlier this year. The video went viral, currently at almost a half-million views, and introduced a whole new audience to the concept of holistic, or planned, grazing.

"We really get the animals in the right place, at the right time, for the right reason, with the right behavior," Savory said. His style of grazing management focuses on the soil and how the cattle interact with it.

"We're getting the rain that falls on the ground to soak in more, runoff less, but to remain in the soil and to leave the soil through the vegetation or to underground water sources," Savory said.

But if you think the entire range land community is singing kumbaya around holistic grazing, you're wrong. Savory's methods are controversial. Most of contemporary rangeland science says Savory's basic tenets, increased cattle numbers and rapid fire grazing, have no scientific basis. In fact, many rangeland ecologists say the only way to improve grassland is to reduce, not increase, the number of animals on it.

Savory scoffed at claims that his work is faulty. He said mainstream science has been unable to turn his nuanced planning process into an academic, peer-reviewed study.

"There is no study, and no range scientist has produced a study that says that planned grazing doesn't work," Savory said.

At the Fox Ranch, the experiment is just in its initial phases. Last year, even in the midst of drought, rancher Nathan Andrews was able to build up his herd, while many other ranchers were shedding their numbers. Granted, the Fox's cattle numbers were behind the local area average, but he still counts it as a success.

"If we can benefit from it in two of the worst years on record, then I think moving forward with it will be even more beneficial than what we're seeing now," Andrews said.

Beneficial for his bottom line, and for the soil he depends on.

This is second part of a two-part report on innovative ways to revive the soil. Click here to see part one on how Iowa farmers are using man-made prairies to keep soil healthy.