Accessibility links
Wine Waste Finds Sweet Afterlife In Baked Goods : The Salt The mushy pile of seeds, skins and stems left over after grapes are pressed used to be one of winemaking's biggest sustainability problems. But instead of heading to the dump, these days, some grape pomace is being reborn in a host of ways, including a nutrient-packed flour substitute. 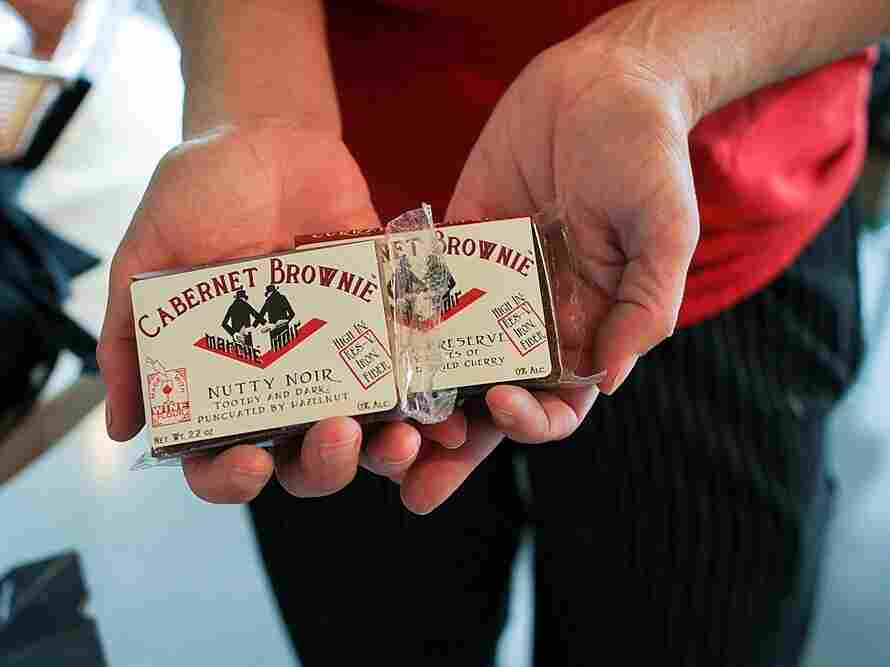 At her bakery in Costa Mesa, Calif., Rachel Klemek sells cabernet brownies made with a flour substitute derived from grape pomace, a byproduct of winemaking packed with nutrients known as polyphenols. Mariana Dale/NPR hide caption 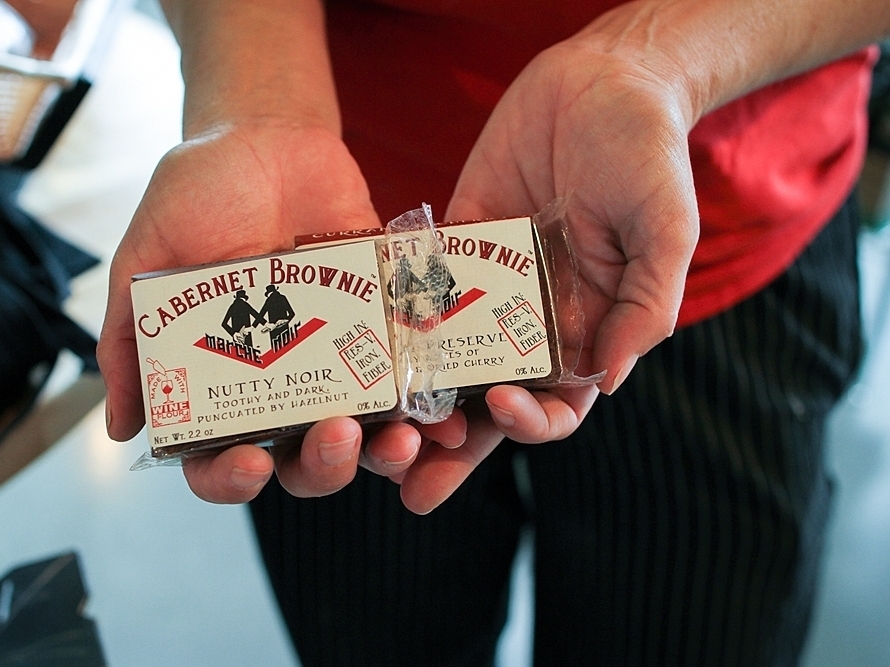 At her bakery in Costa Mesa, Calif., Rachel Klemek sells cabernet brownies made with a flour substitute derived from grape pomace, a byproduct of winemaking packed with nutrients known as polyphenols.

When winemakers crush the juice from grapes, what's left is a goopy pile of seeds, stems and skins called pomace. Until several years ago, these remains were more than likely destined for the dump.

"The pomace pile was one of the largest problems that the wine industry had with sustainability," says Paul Novak, general manager for WholeVine Products, a sister company to winemaker Kendall-Jackson in Northern California.

Currently, some wineries compost the unwanted leftovers for their own use or to sell to gardeners. But now, scientists and entrepreneurs are finding new and often surprising uses for this former waste product. 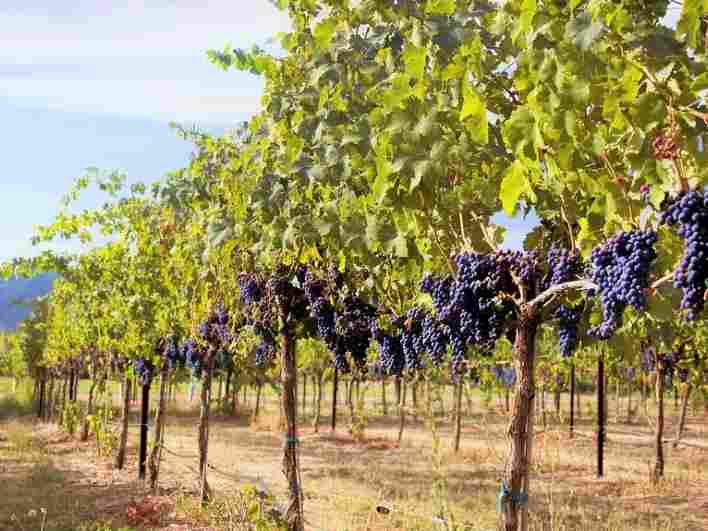 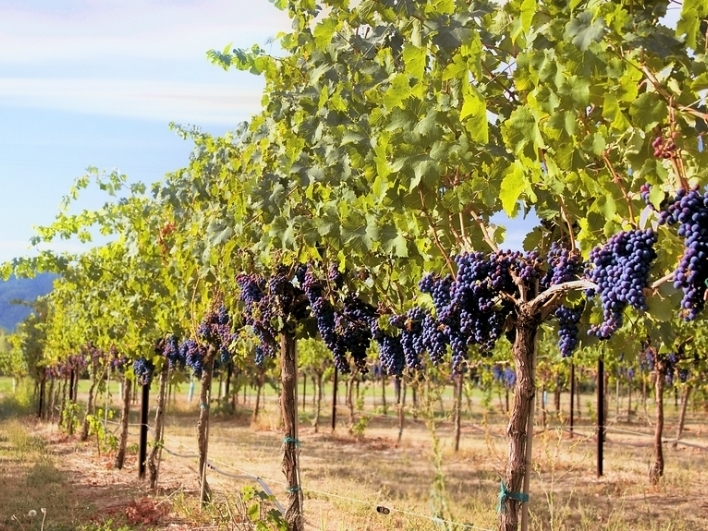 After grapes are harvested and pressed, WholeVine Products takes the leftover seeds, stems and skins and turns them into a flour substitute. Some pomace also becomes grapeseed oil.

Some winemakers, for instance, are using pomace as the basis of grapeseed oil. Researchers are also exploring pomace's properties as a food preservative — studies have shown that compounds called polyphenols found in grapes and in pomace kill bacteria that can cause food to spoil. One Oregon State University professor, Yanyun Zhao, has even toyed with turning pomace into a biodegradable material to make flower pots.

"We're continuously looking for new options," says Zhao, who has spent several years studying pomace and its potential uses in and out of the kitchen.

And right now, one of the most promising commercial uses of pomace is also one of the tastiest: It's being turned into a gluten-free flour substitute.

WholeVine has partnered with a local miller to produce the flour, which comes in 16 different varieties based on the different wine grapes — such as chardonnay, Riesling and merlot — used to make it.

The journey from vine to oven begins in September with the harvest. WholeVine collects pomace left from after grapes are pressed. The seeds and skins need to be separated, dried and milled. The process takes place within a two-month period: Workers must move quickly to get the pomace dried and stabilized before mold takes hold and the polyphenols in pomace — which have been linked to many health benefits — start to degrade.

"There's a lot of nutrition and goodness that we are currently letting the mold get to and throw away," Novak says. "We think that nutrition should be put into the system for humans."

WholeVine says its products are also high in iron, fiber, protein and other nutrients. That's all well and good, but in order for the flour to have commercial success, it has to taste good, too. 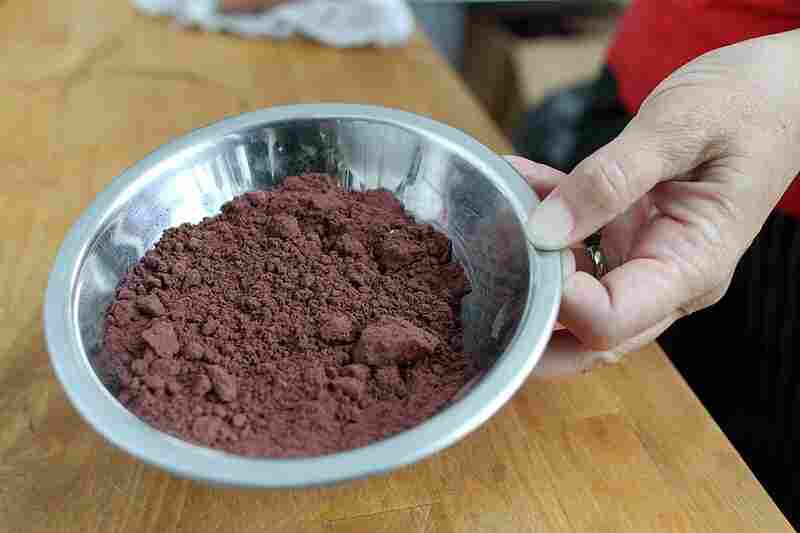 Klemek holds a small dish of cabernet wine flour she uses in her brownies and pasta. Mariana Dale/NPR hide caption 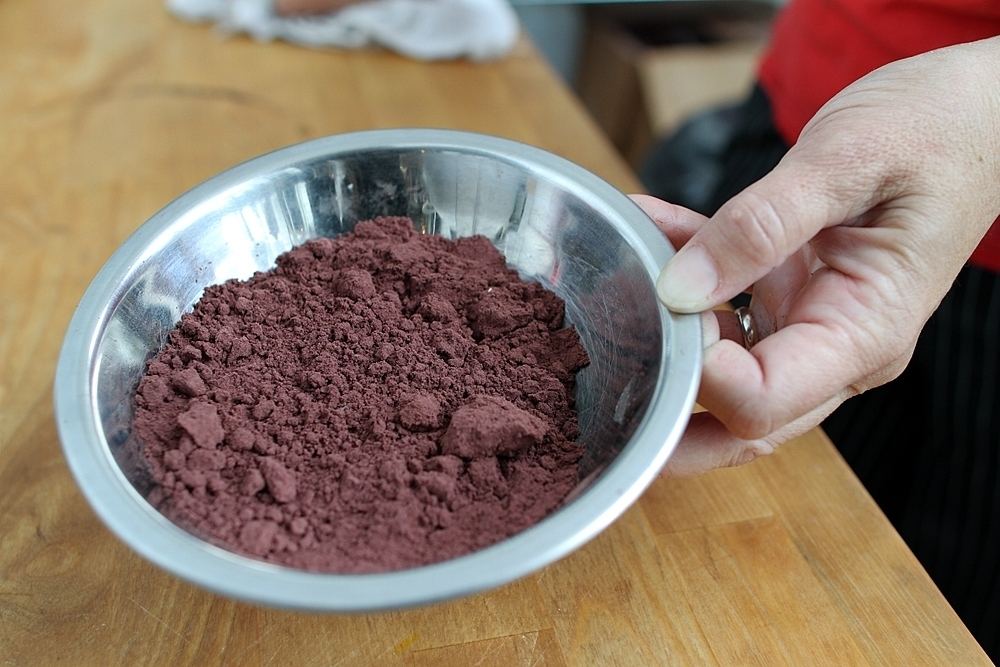 Klemek holds a small dish of cabernet wine flour she uses in her brownies and pasta.

There's good news on that end, says Oregon State's Zhao. Her testing has found that grape pomace flour can replace as much as 20 percent of regular flour in baked goods like bread, brownies and muffins without altering the taste or texture. Add more than that, though, and you can start to change the flavor of food (pomace flour can be bitter in large quantities).

Can consumers taste the difference? At Washington State University, food science undergraduate Gena McKahan tested out reactions to granola bars made with anywhere from 0 to 15 percent grape pomace flour. Participants in a blind taste test, McKahan says, preferred the bars with 5 percent or less grape flour. Even that small amount of pomace flour, McKahan says, can add a significant amount of polyphenols to a sweet treat.

Rachel Klemek, a baker in Orange County, Calif., admits she was skeptical when, four years ago, a friend suggested she experiment with a purple powder in the kitchen. "If it's not butter, sugar, flour or eggs, I don't want it," says Klemek.

But eventually, Klemek decided to mix what she called "wine flour" into basic recipes for baked goods and pasta. These days, you'll fine Klemek selling several flavors of cabernet brownies and violet-colored pasta at Blackmarket Bakery, the shop she runs in Costa Mesa, Calif.

The taste is slightly "grape-y," she says. It retains the tannin quality of a cabernet sauvignon, the dryness associated with some red wines. I sampled several of her creations and can testify to their tastiness.

Right now, only a fraction of the pomace produced nationally is meeting such a sweet afterlife. WholeVine's Novak says the goal is to create a market for its pomace-based products that will eventually allow the company to scale up operations.

"We are doing things," he says, "that in essence, close the loop for sustainability for the fine wine industry."