Accessibility links
Watermelon Babies Of China: Your Friday Moment Of Zen : The Salt What's not to love about photos of babies dressed in watermelons? Amid a record-setting summer heat wave, Chinese netizens embrace the art of the fruit baby. 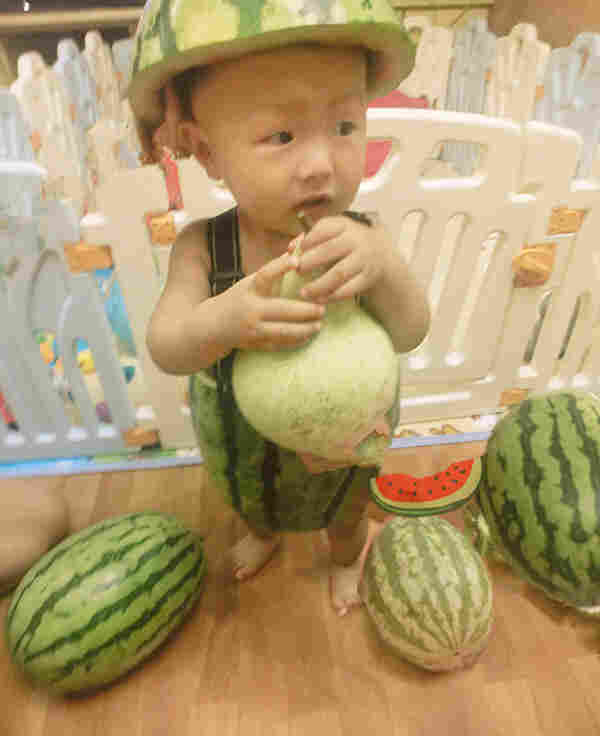 Mom, I'm not so sure about this: An example of the photos of babies dressed as watermelons being shared by Chinese Internet users. dx365 hide caption 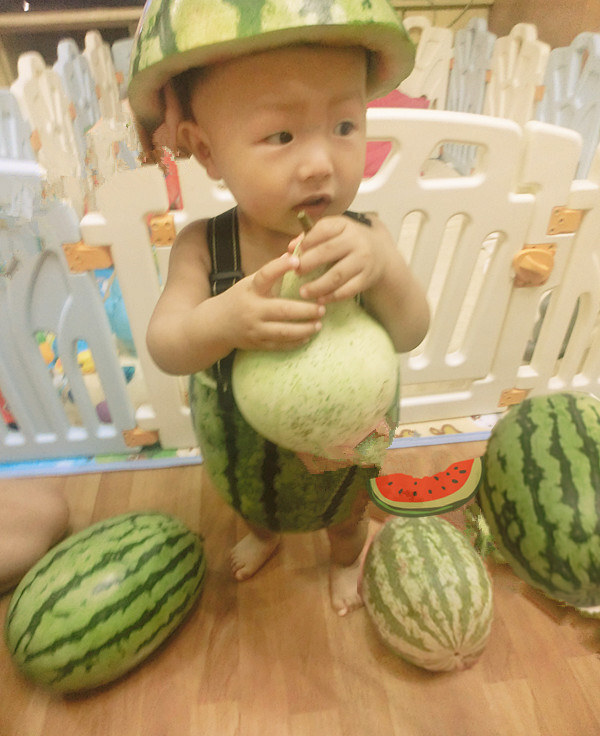 Mom, I'm not so sure about this: An example of the photos of babies dressed as watermelons being shared by Chinese Internet users.

Babies come in pretty cute packaging — we're pretty sure it has something to do with Mother Nature wanting you to coo over a burping, pooping little freeloader. But now Chinese Internet users have found a way to one-up nature: They're wrapping those already adorable babes in watermelons.

Apparently, the melon children meme started circulating in July, when this little guy dressed in watermelon overalls showed up on the streets of Wenzhou, a city in Zhejiang province, the Chinese news agency Xinhua reports. 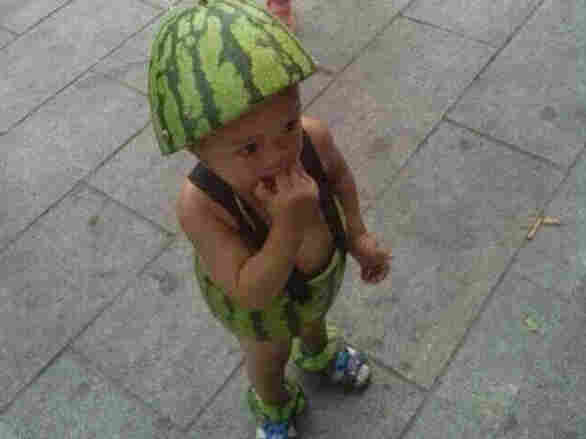 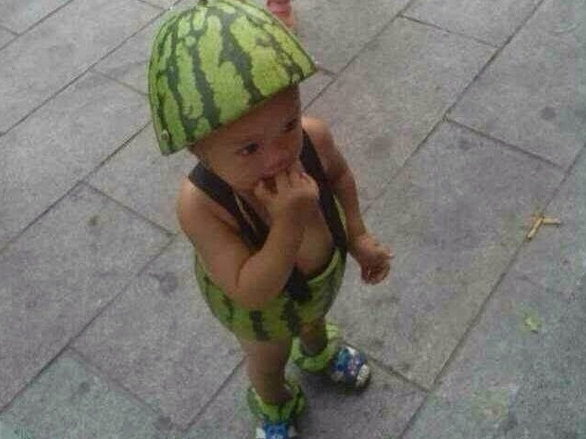 Photos of the tiny Wenzhou watermelon fashionista soon inspired a wave of online imitators, many looking dapper in melon caps, including this swashbuckling little tyke, according to Chinese media reports. 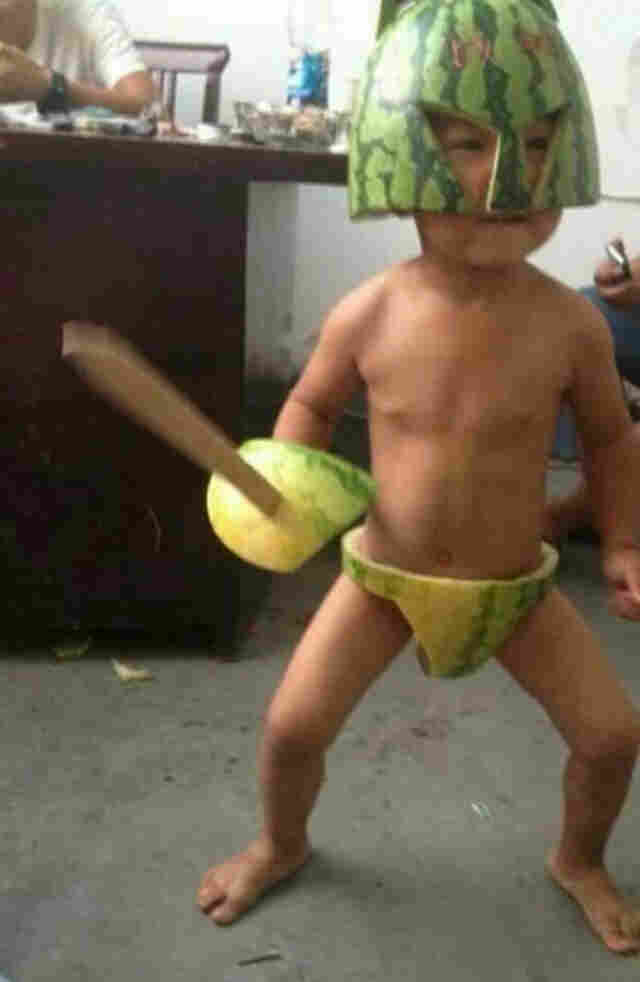 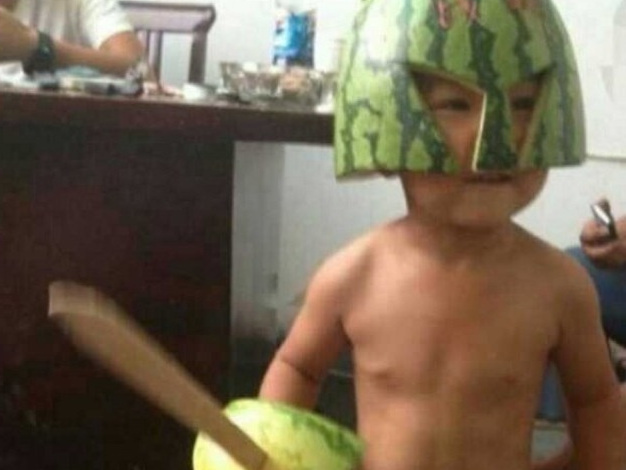 (In the middle of a record-setting summer heat wave, Chinese parents have to find something to amuse themselves, right?)

As Brian Ashcraft writes over at Kotaku, "not all parents in China are dressing their kids in melon wear, and there isn't an army of watermelon children roaming the street. However, this does seem to be a thing." Duly noted.

Of course, the concept of photographing produce-wrapped bundles of joy is hardly new. Photographer Anne Geddes became famous (and rich) with her iconic images of infants as pumpkins, peas in a pod and, you guessed it, watermelon babies. Perhaps Geddes will consider the current Chinese meme a more appropriate tribute to her art than this Vice spoof. (Oof!)