Accessibility links
Sandwich Monday: The Jim Shoe : The Salt For this week's Sandwich Monday, we try a lesser-known Chicago classic, the Jim Shoe sandwich. It's also known as the "Gym Shoe," the "Jim Shoo" and "delicious." 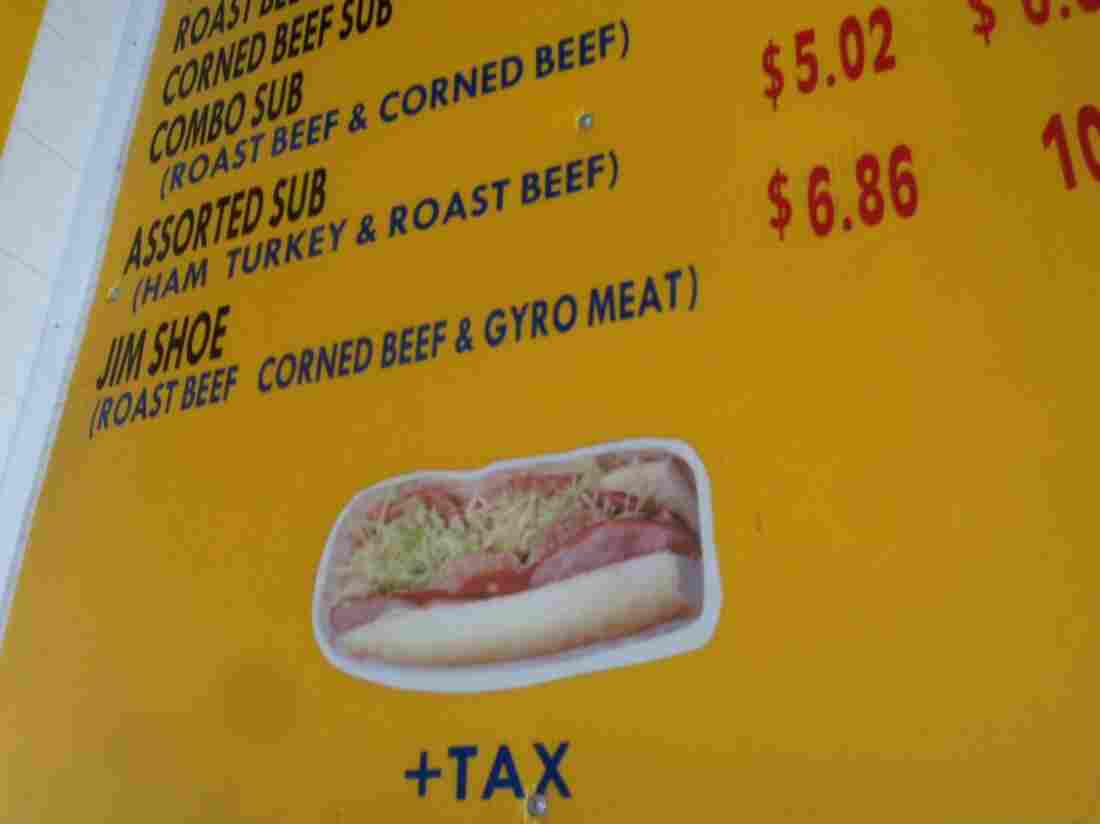 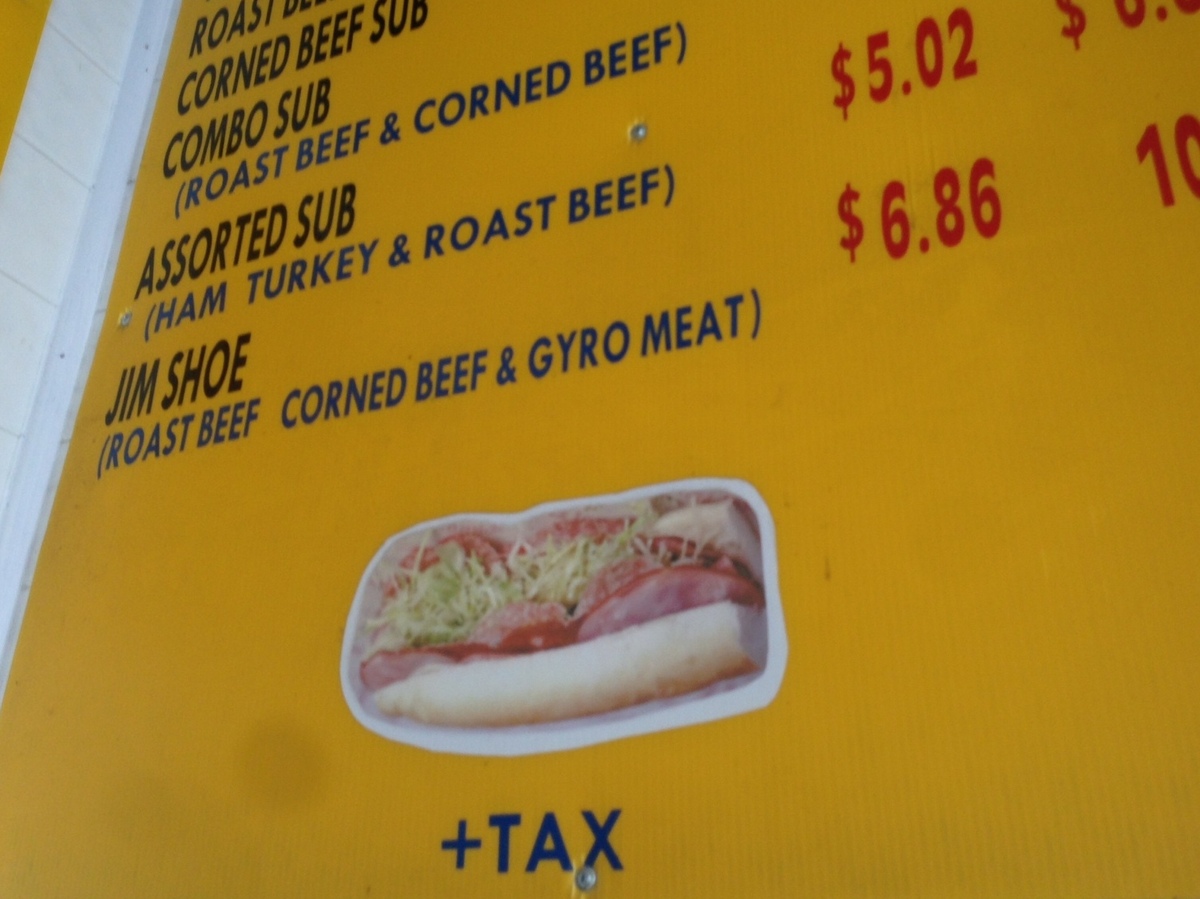 The Chicago sandwich containing gyro meat, roast beef and corned beef goes by many names. This is one of many ways in which it's like the devil, and Sean Combs. People call it the Gym Shoe, the Jim Shoe or the Jim Shoo.

Ian: With a name this unappetizing, the sandwich had no choice but to be so delicious no one would mess with it. It's like A Boy Named Shoe.

Blythe: I thought I'd need my Reebok Stomach Pumps for this. 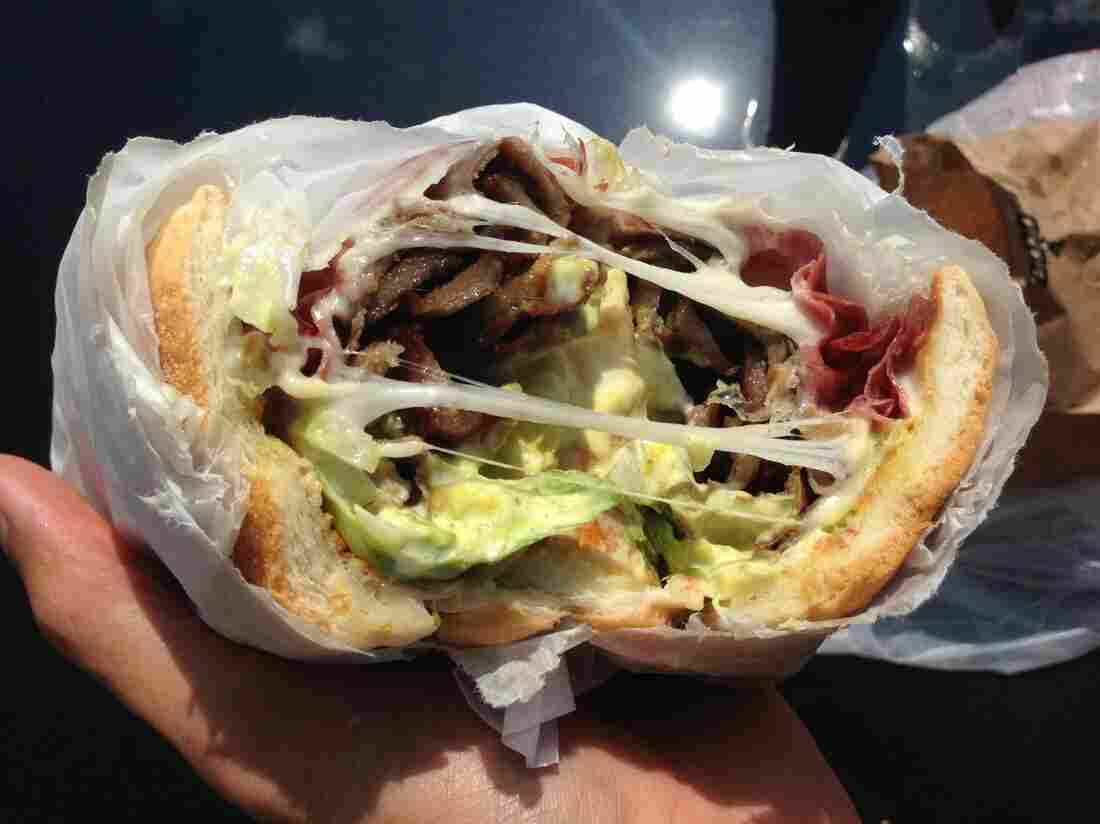 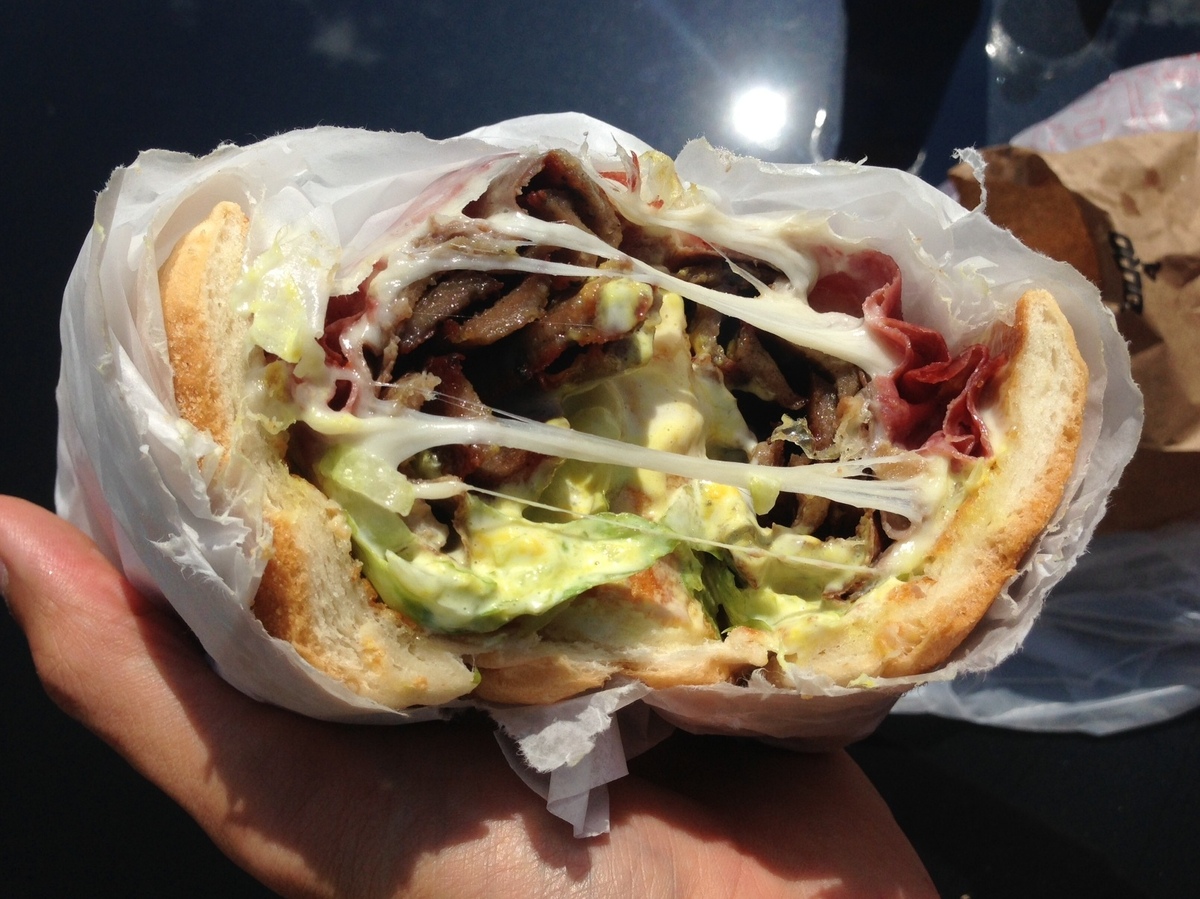 Jim Shoe, or the world's most delicious Sarlacc?

We went out to Sony's Submarine to find one. They go with "Jim Shoe." You order through bulletproof glass and a sub shop worker passes you the goods through a little rotating door. This is not because it's a bad neighborhood or anything. A sandwich this important has to be wary of assassination attempts.

Miles: I wish this had been the shoe of choice during my middle-school years. That way, everyone would've been ashamed to use the shower.

Blythe: I feel like a fat Carrie Bradshaw right now.

Ian: I never get this right — so it's pronounced "yee-roh" and "yastrointestinal distress," right? 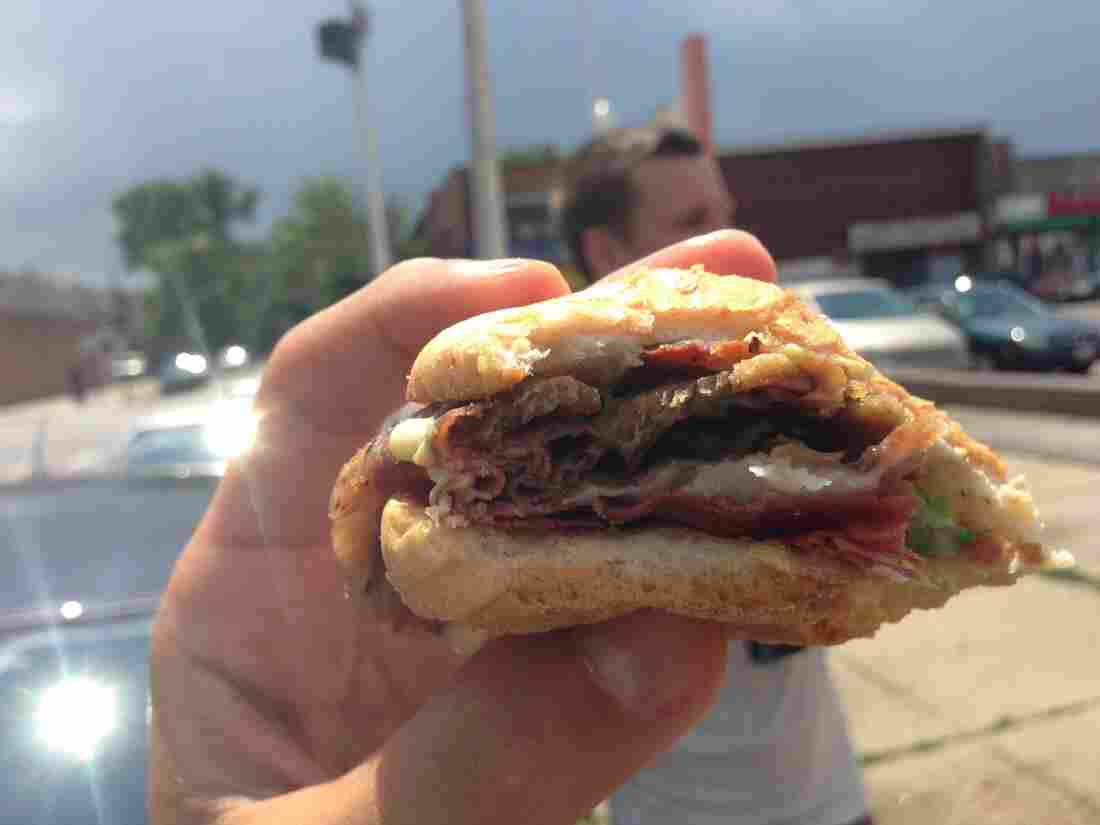 This is what it looks like when J.J. Abrams eats a Jim Shoe. NPR hide caption 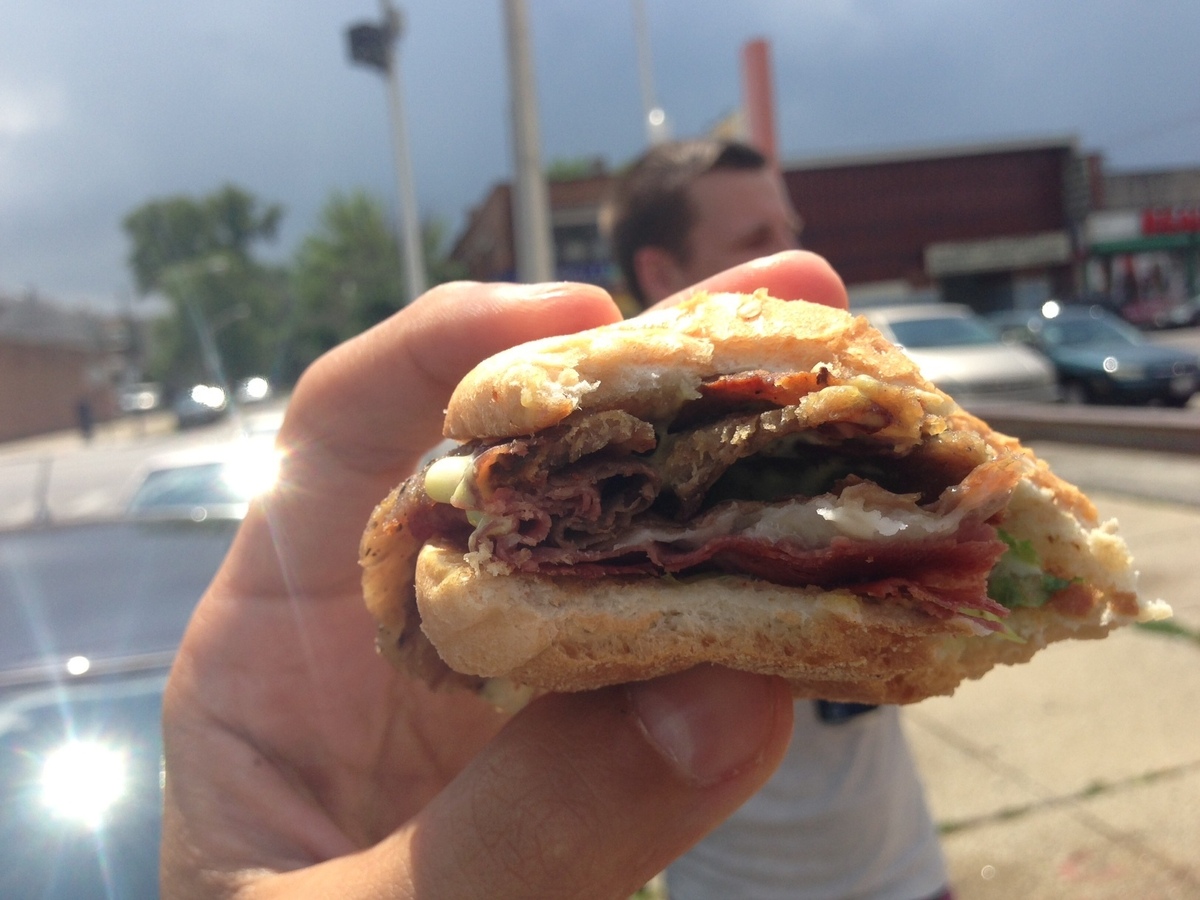 This is what it looks like when J.J. Abrams eats a Jim Shoe.

Ian: I feel weird writing "Jim Shoe" instead of "Gym Shoe." Should I be adding [sic] or [sick]? 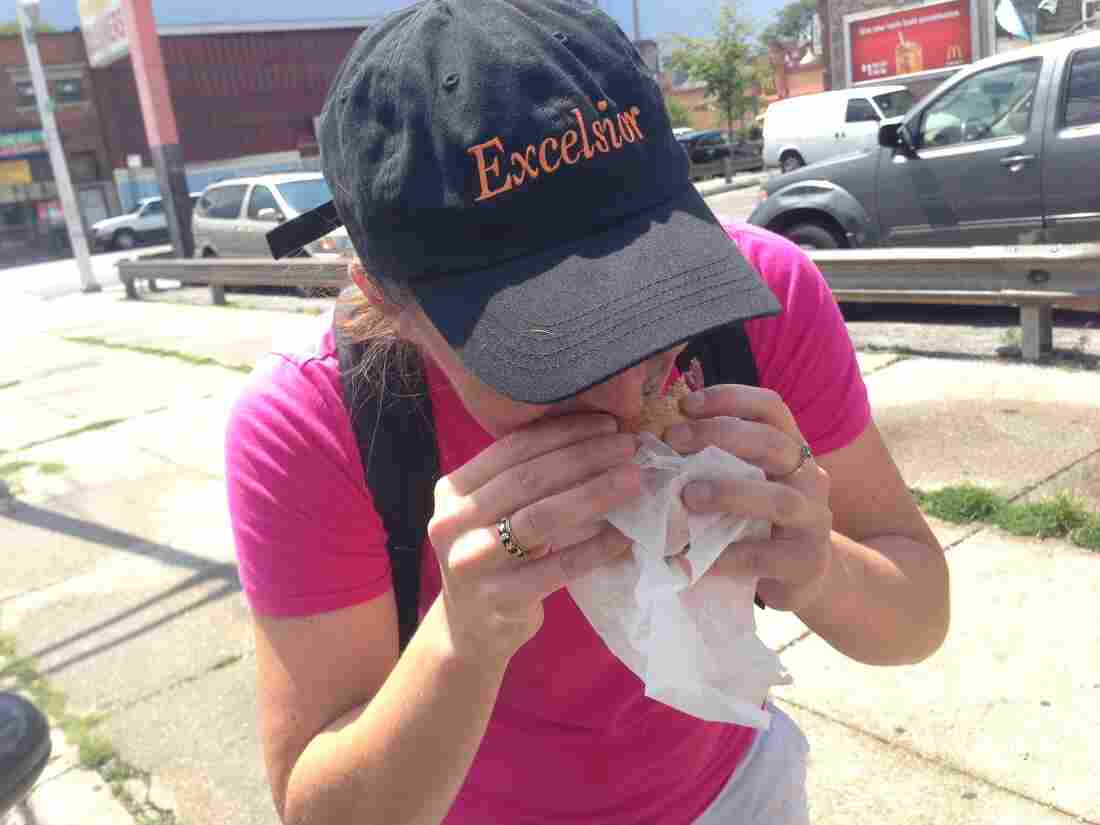 Sony's did not have tables or chairs, so we ate out in the street. NPR hide caption 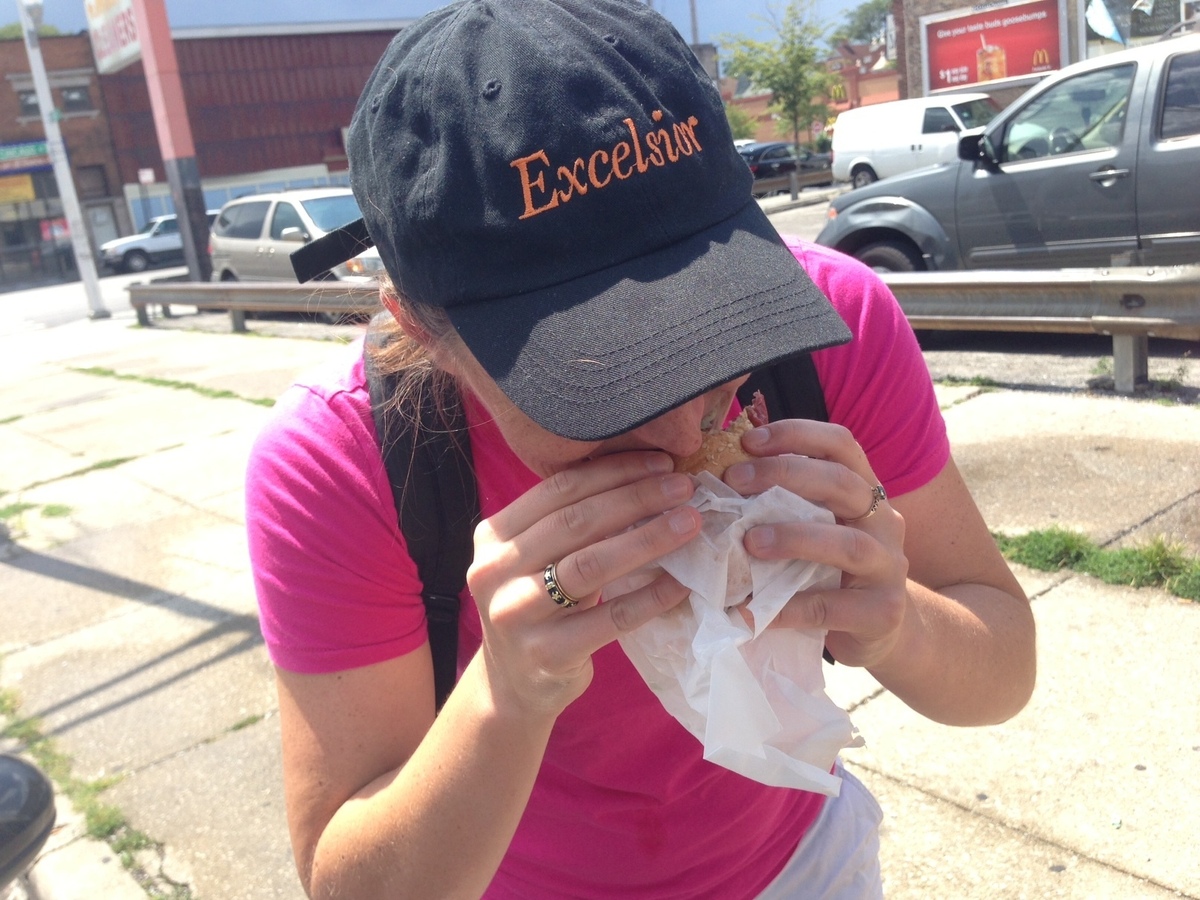 Sony's did not have tables or chairs, so we ate out in the street.

Blythe: Is this like TOMS, where if I eat a Jim Shoe, someone in Africa gets mailed a Jim Shoe?

Ian: You can also get a James Shoe, which is the same thing but you eat it with the proper fork.

Miles: It seems strange at first, but I get significantly fewer stares wearing these to the gym rather than my Vibram Five Fingers. 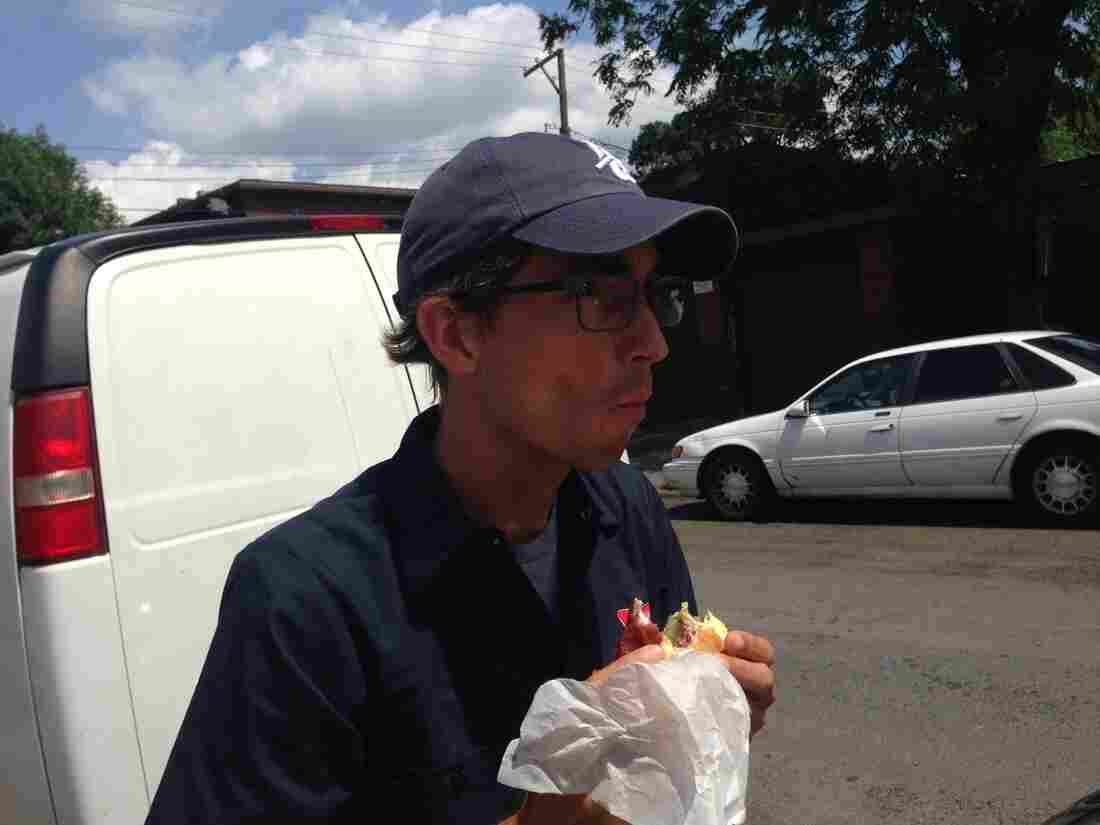 The Jim Shoe is so good, Ian doesn't care that he's very likely about to be kidnapped by van people. NPR hide caption 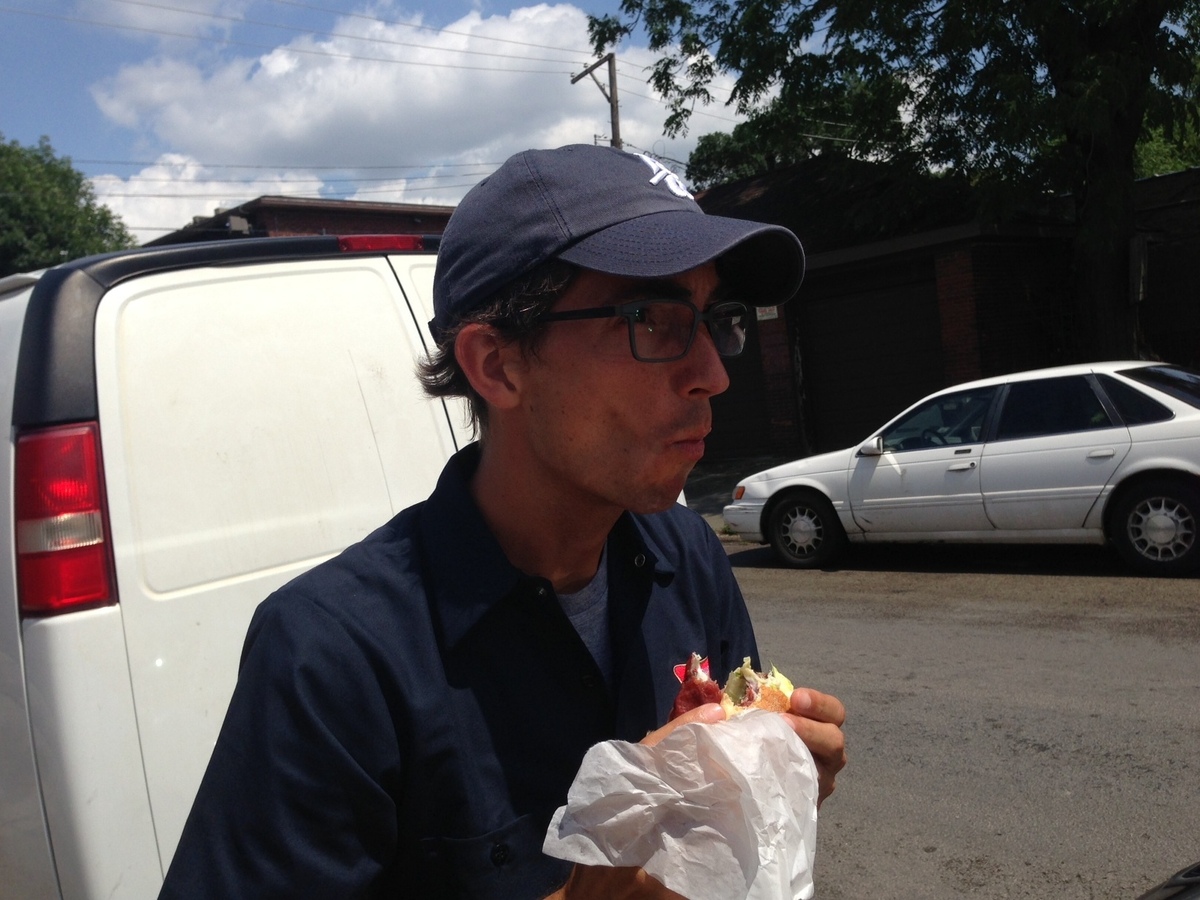 The Jim Shoe is so good, Ian doesn't care that he's very likely about to be kidnapped by van people.

Sandwich Monday is a satirical feature from the humorists at Wait Wait ... Don't Tell Me.