Accessibility links
If You Liked That Wine, You Should've Put A Ring On It : The Salt An art student has designed a line of jewelry specifically for tasting wine and cognac. One ring perches a petite wineglass atop your finger. Another is a miniature snifter. The spirit sippers aren't available for purchase, but if you're itching to don your stemware, try an old-fashioned tastevin.

Oh, Beyonce would be so proud.

Blurring the lines between jewelry and glassware, a Turkish art student has designed a set of rings made specifically for sniffing and sipping Remy Martin cognac and other adult beverages.

One ring perches a petite wineglass upon your finger. Another is a miniature snifter, attached to your hand — so you'll always be ready if you stumble upon some Robin Thicke limited edition V.S.O.P. 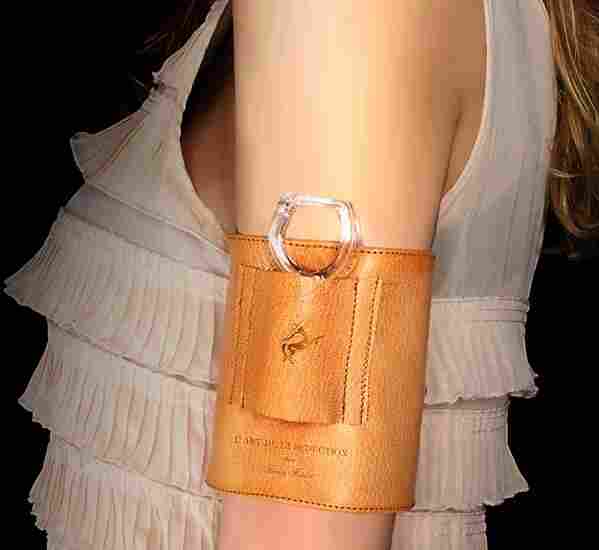 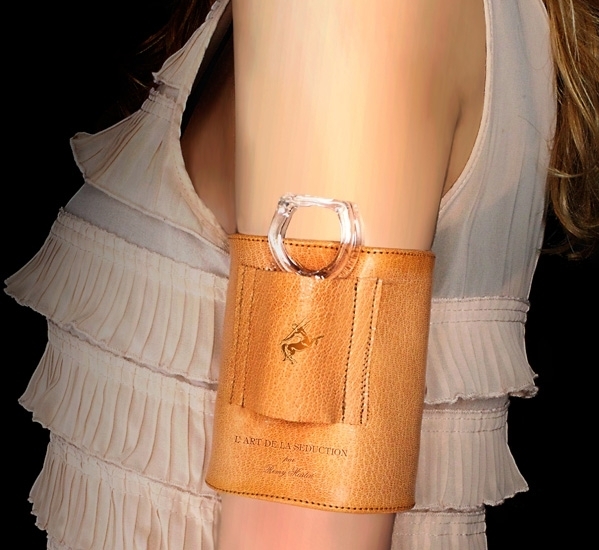 The wearable sippers arose from a collaboration between design student Merve Kahraman, who studies at the Central Saint Martins College of Art and Design in London, and Remy Martin, one of the world's largest producers of cognac, or distilled wine made from the Cognac region in France.

"Basically, we asked the students to link our cognac — the bottle, the decanteur and the way of tasting cognac — with the art of seduction," Manon Missonge, a media coordinator at Remy Martin, tells The Salt. "Merve investigated the tasting ritual from the feminine perspective." 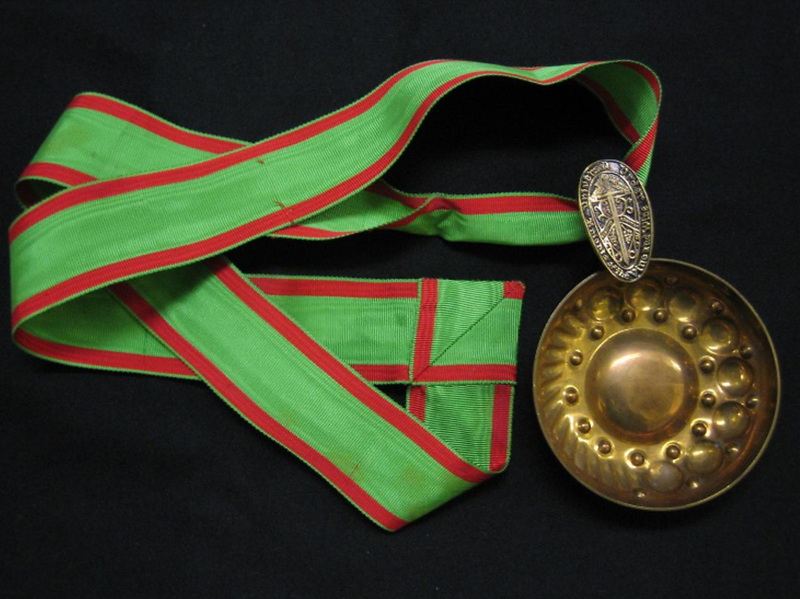 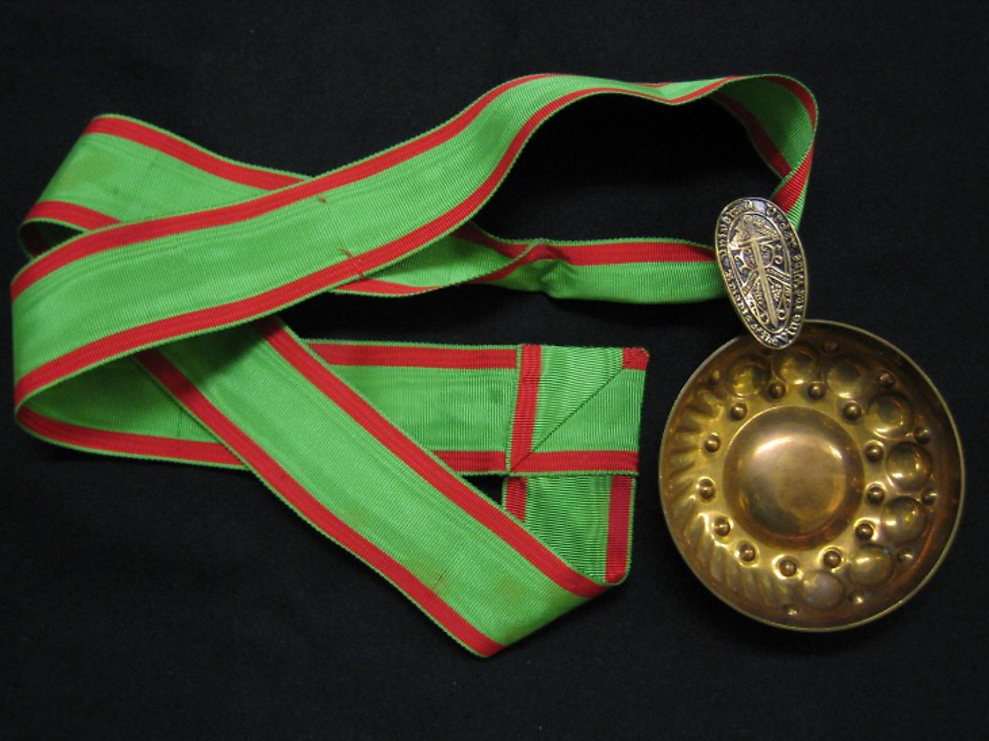 The tastevin: Centuries ago, Burgundy winemakers designed a small, silver necklace for tasting in dark cellars.

"People have this image that cognac is more a drink for men," Missonge says. "But with it being mixed into cocktails, minds are changing quickly."

Indeed, Bey herself has been photographed recently sipping on some golden distilled wine.

If you're really into wine tasting, these rings are clearly a classier way to keep track of your stemware than one of these versions. (Frankly, those look like the fanny packs of tasting accessories).

But alas, Remy Martin only produced the jewelry for a few art exhibits, and the rings aren't going to be available commercially.

Don't fret. For all you sassy drinkers itching to don your glassware, there's always an old-fashioned tastevin.

Hundreds of years ago, winemakers in Burgundy, France, wore a small, silver cup around their necks for tasting and judging wine under candlelight. The vessels have a bumpy surface on the inside that reflects light, allowing winemakers to see impurities in their creations sans electricity.

The tastevin tradition has been passed down through the generations. These days, the little saucers have become a symbol of membership in the gourmet society La Confrerie des Chevaliers du Tastevin, which translates as "brotherhood of the Knights of the Wine Cup."

And guess who was a member of the group — and owned his own tastevin? Julia Child's husband, Paul.

"Paul loved wine and was instrumental in introducing fine wines to Julia," says Paula Johnson, who curated the exhibit at the Smithsonian's American History Museum that featured Julia Child's kitchen.

"We just found the tastevin hanging right there next to the kitchen sink, knives and stuff," she says. "It had Paul's initials engraved on it.

"We just don't know if he used it, but the things that are hanging in the kitchen were the things they used. It was their design philosopher."

We think Julia would have rocked a cognac ring. Bon appetite!