Accessibility links
Why Urban Beekeeping Can Be Bad For Bees : The Salt The rise in urban beekeeping could end up resulting in too many bees with too few flowers to feed on, two U.K. scientists warn. That's already the case in London, where the number of urban hives has doubled over the past five years, they say.

Why Urban Beekeeping Can Be Bad For Bees

Why Urban Beekeeping Can Be Bad For Bees 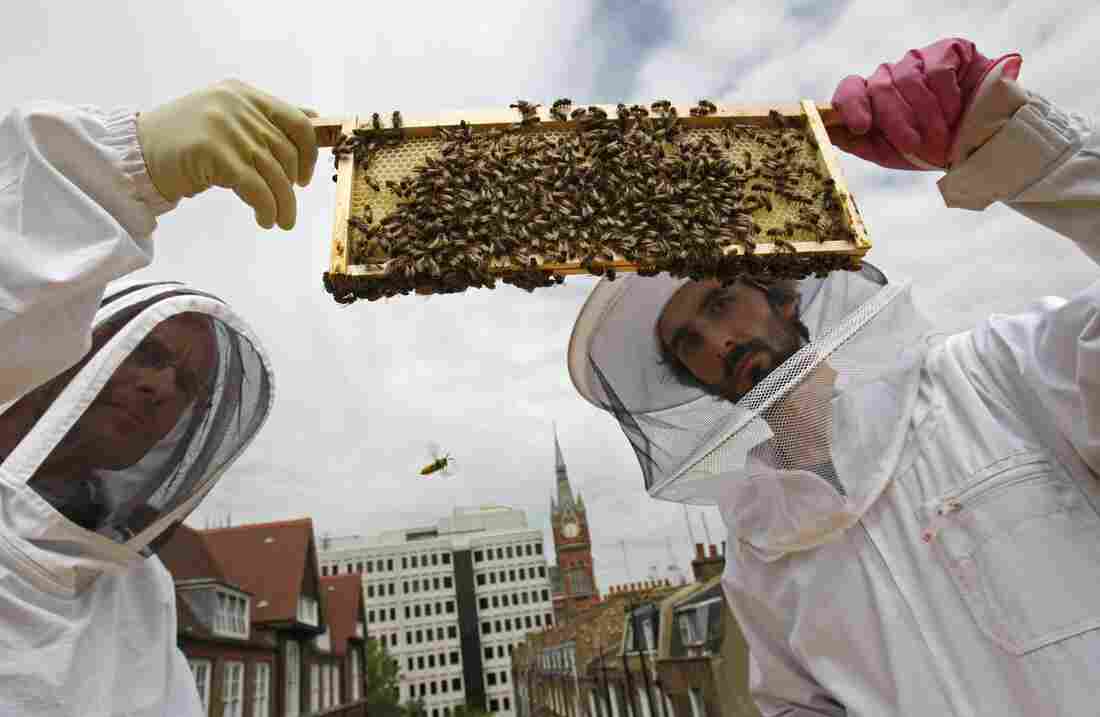 Beehive designer Johannes Paul (right) and Natural England's ecologist Peter Massini, with a brood frame colonized with bees from the "beehaus" beehive on the roof of his house in London in 2009. Sang Tan/AP hide caption 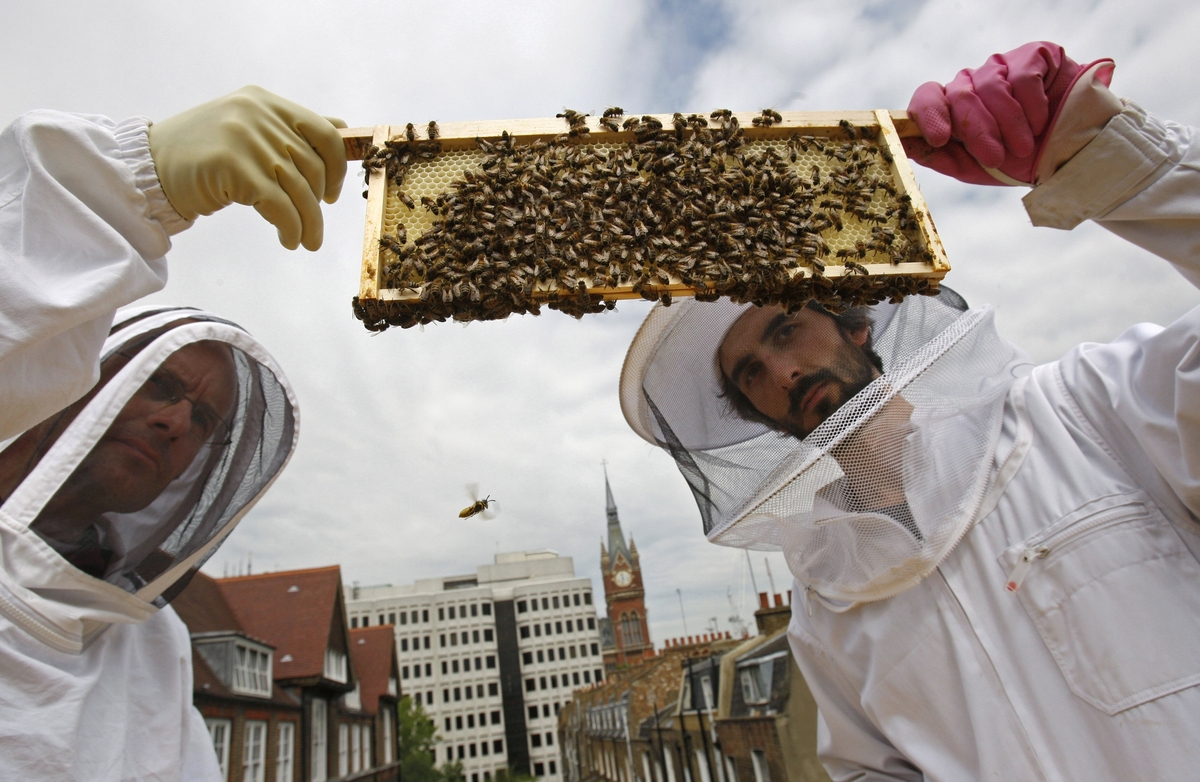 Beehive designer Johannes Paul (right) and Natural England's ecologist Peter Massini, with a brood frame colonized with bees from the "beehaus" beehive on the roof of his house in London in 2009.

Two British scientists are dumping cold water on campaigns to promote urban beekeeping. They say that trying to "help the bees" by setting out more hives is naive and misguided if the bees can't find enough flowers nearby to feed on. You'll just end up with sick and starving bees.

Francis Ratnieks and Karin Alton, from the Laboratory of Apiculture and Social Insects at the University of Sussex, say that this is already a real problem in London, where the number of hives has doubled over the past five years. There now are about 25 honeybee hives for each square mile of the city. Businesses have installed hives on rooftops as a way to demonstrate their environmental concern, or even to "boost office morale." (Loyal NPR listeners, in fact, may have heard that we, too, have two hives on the "green roof" of our new headquarters in Washington.)

According to Ratnieks and Alton, there now are too many bees in London, chasing too few flowers. The scientists are urging well-meaning bee defenders to change their focus: "To have bees you don't need a bee hive," they write in The Biologist. "Just plant bee-friendly flowers such as marjoram ... and lavender in your garden."

Marla Spivak, a specialist on bees at the University of Minnesota, says she hasn't yet seen, in the United States, a situation similar to London's, but the danger is real.

"I think the alarm was a good one," she says. "If you're a beekeeper, you need to be concerned about what they're going to eat."

Fortunately, many American cities still do offer a reasonably good buffet for bees. Think of all the tree pollen that torments allergy sufferers. "Bees love it," says Spivak.