Accessibility links
In Iraq, Laying Claim To The Kebab : The Salt The Iraqis, among many other Middle Easterners, believe they invented the kebab. The skewered meat dish appears as early as the 9th century in a book from the southern city of Basra called The Book of Misers. 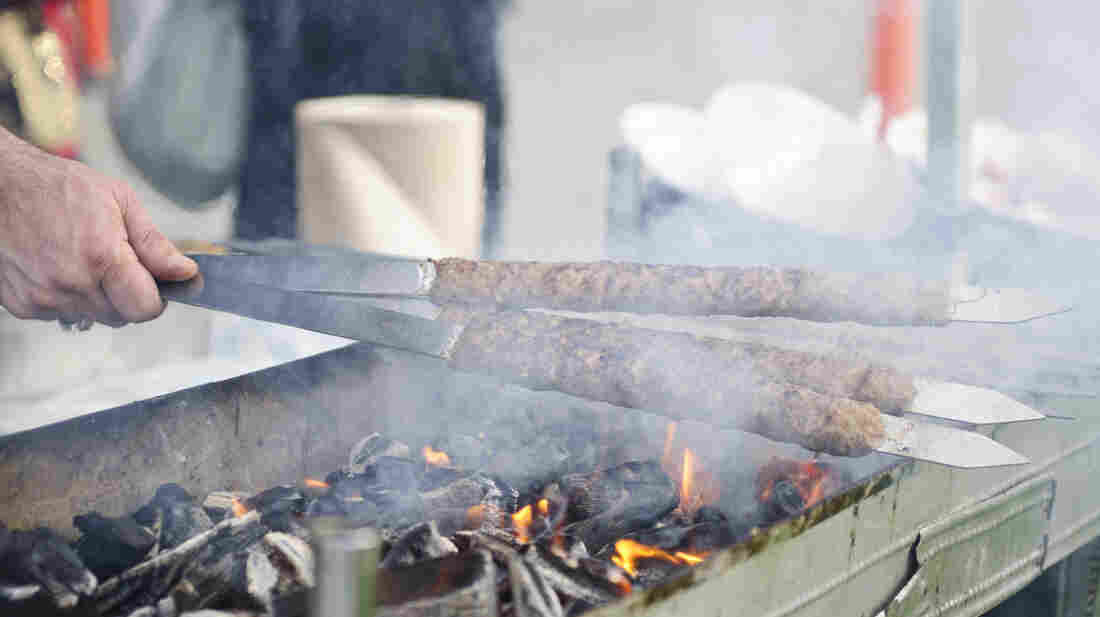 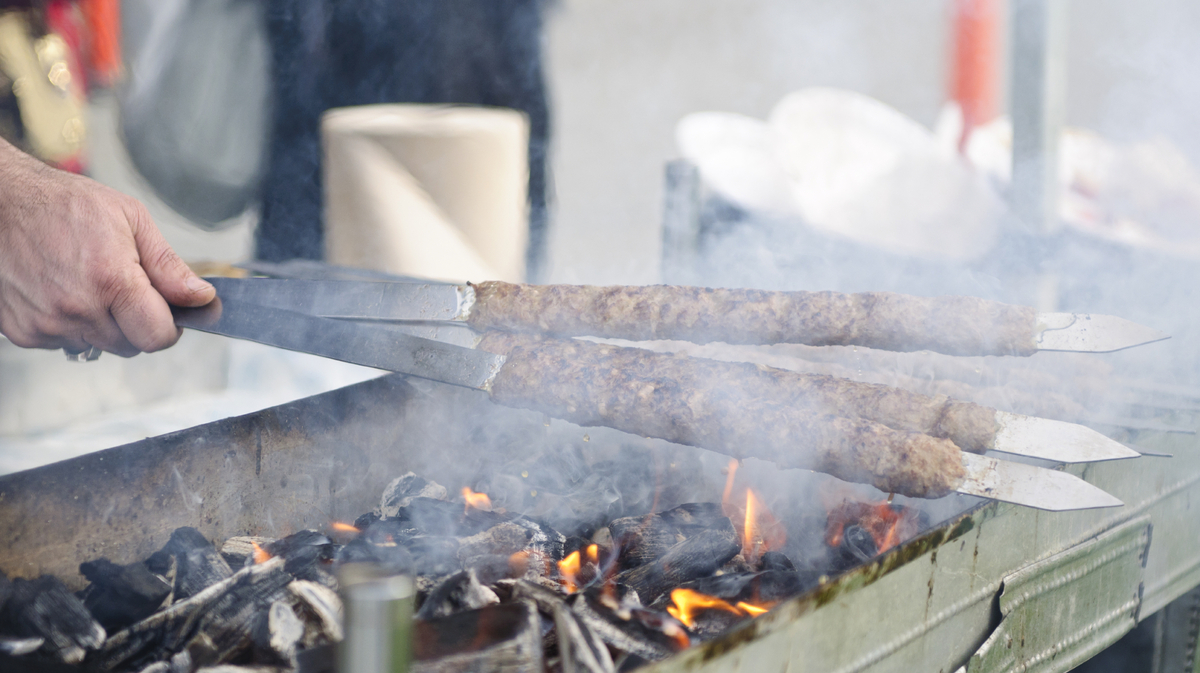 Many different Middle Eastern cultures claim to have invented the kebab.

When you hear the word "kebab" in America, you might think of skewers with chunks of chicken or beef and vegetables, marinated and grilled on coals or gas. But say "kebab" in the Middle East, and it means a lot of things — chunks of lamb or liver on skewers, or the more popular version of grilled ground meat logs found in Turkey, Iran and much of the Arab world.

If you spend enough time in the Middle East, you learn it can be hard to pinpoint the origins of things. Everybody claims to have invented hummus, flatbread and even yogurt. And don't even try to figure out who invented the kebab.

I talked to a historian of Arab medieval food on my last trip to Iraq. He told me the word is Arabic in origin and comes from the word keba, which means "to turn."

My guide to the Iraqi version of the kebab is Sami al Hilali, a longtime colleague, friend and really good cook.

Hilali says he uses a combination of lamb, beef, lamb fat, onions, parsley and spices, all ground up with his hands. He then molds the mixture onto skewers. The skewers are not the kind of skewers many Americans use — they're flat, wide and look sort of like a blunt sword.

When Hilali is ready to cook, he puts together about 18 skewers and heads outside. He uses a grill that's more like a 3-foot long trough with hardwood charcoal. He's oriented a fan to blow air over the coals and heat them up faster. The sparks are bright orange and look like fireworks.

Isra al Rubei'i, who is helping with the food, says the fan is a matter of practicality.

"Sometimes it's without a blower; using a manual fan would ... give it a more delicious flavor," she says. "But this is just to save time, you know, when you have many skewers to grill."

When the kebabs are cooked, Hilali prepares a plate with bread that will be their final resting place. Rubei'i says the bread is essential.

"The best part is the flatbread that is soaked in the fat coming out of a charred kebab skewer. You know they fight over this one," she says, laughing.

The Iraqi medieval food historian who shared the origin of the word kebab also told me another story about them: They appear in a book from the southern Iraqi city of Basra called The Book of Misers. It was written in the 9th century.

The miser in this story is a courtly man who invites people to his garden. He tells the guests, "Here's the stream, and here's the fire. Catch your fish and make your kebab."

It's the first known mention of the word. My friends nod, knowingly, as if to say, "You see? It all comes from Iraq." Then we get on with our eating.

I've had kebab all around the region — Arab kebab, Turkish kebab and Persian kebab. They're all different, and they're all pretty good. In the end, it doesn't really matter who invented kebab. What matters is that fire has touched meat, that the meat is good, and the company is even better.