Accessibility links
America, Are You Tough Enough To Drink Real Russian Kvas? : The Salt Russians have been drinking kvas, a barely alcoholic fermented grain drink, for centuries. But the version sold commercially in the U.S.? It's largely just a wimpy, watered-down, sugary version, say aficionados. Now some new kvas makers are hoping Americans will embrace traditional, hard-core versions of the drink and its tangy, sour goodness. 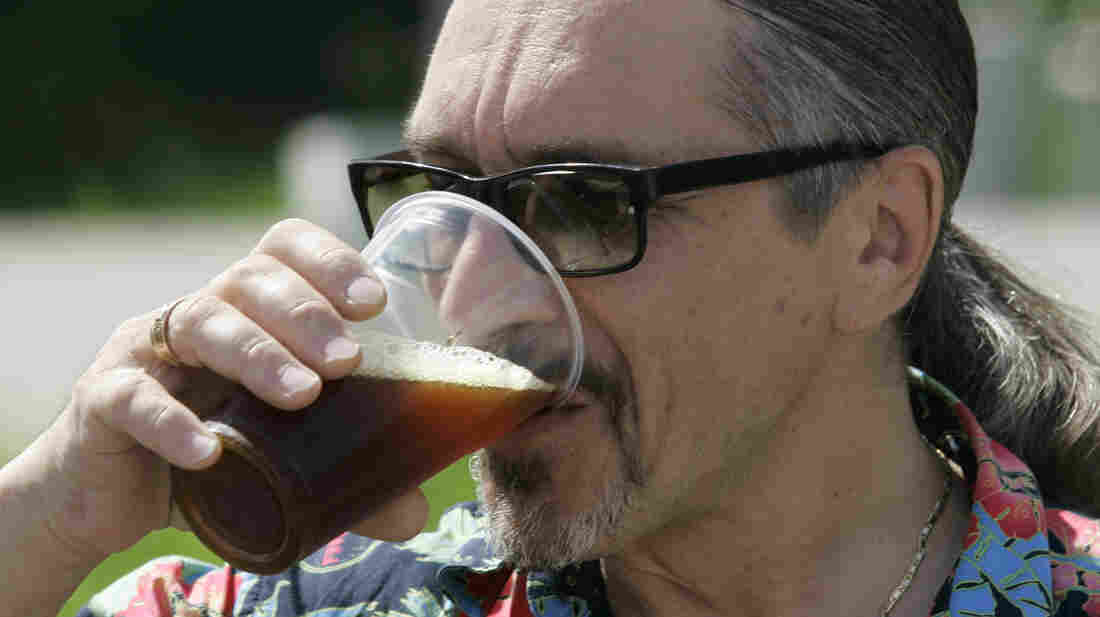 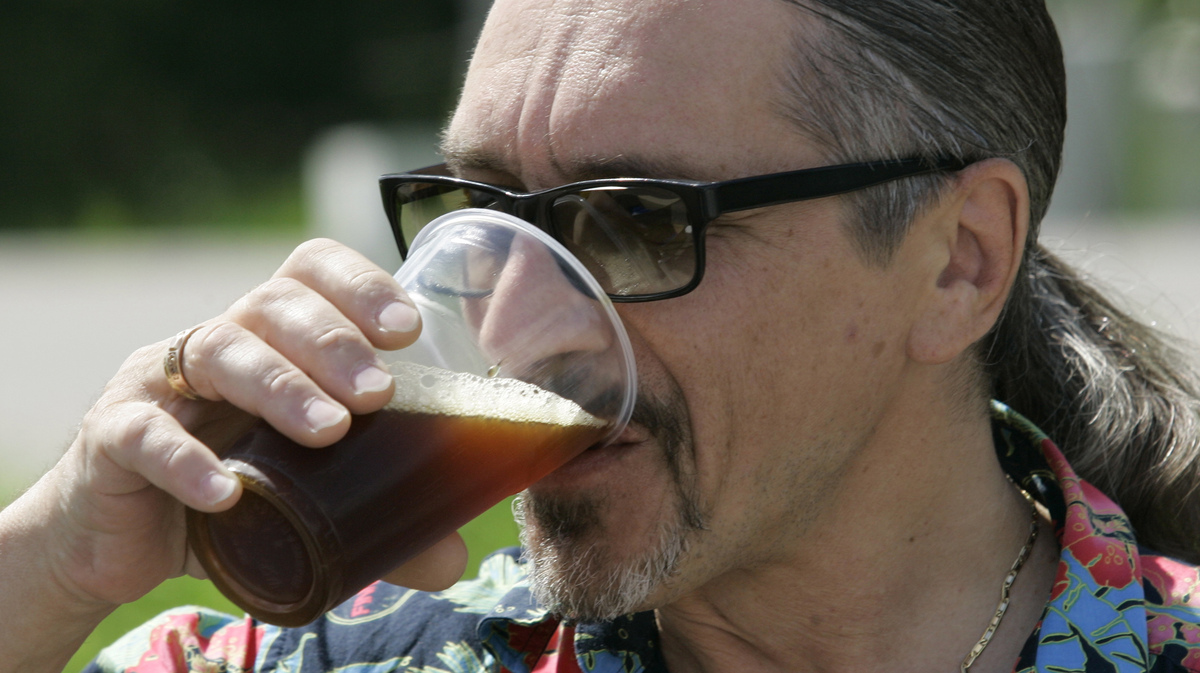 While American kids stand in line for the ice cream truck on sweltering summer days, kids in Russia have historically queued up for something different: the kvas truck.

Kvas is a fermented grain drink, sort of like a barely alcoholic beer. And in the heat of the summer, it was served from a big barrel on wheels, with everyone lining up for their turn at the communal mug. It may sound like a far cry from rocket pops and ice cream sandwiches, but most Russians have fond memories.

"We didn't have sodas in the Soviet Union when we grew up — we barely had water to buy on the street. So kvas was saving our lives, actually!" remembers Eugenia Glivinski.

To create that tangy fermented flavor, kvas makers start with Russian brown bread. You soak it in water, and then add some yeast (other additions — raisins, honey, mint — vary from recipe to recipe). The whole mixture ferments for a few days, a process that creates a natural carbonation, as well as a distinctive sour flavor.

According to Russian writer Alexander Genis, that sourness is beloved in the region. "The sour is the taste of Russia — everything is supposed to be sour for Russian taste. Like sour cream, for example, or pickled cucumber. Cabbage, mushroom."

It's no surprise Russians have a taste for pickles. Fermentation helped preserve vitamin-filled fruits and vegetables for the long, cold winter. And the acid that comes from fermentation gives you more than just an addictive tang. It lowers the pH enough to kill bad bacteria — which means that drinking kvas can be safer than drinking questionable water.

Consequently, kvas has been popular for centuries — Genis sites a mention from the end of the 10th century. Soldiers were issued rations of kvas and spread it even further (a process Genis jokingly calls "kvas imperialism").

But these days, the kvas you find in the stores doesn't always resemble this long lineage. Because of the living bacteria that ferment the drink, traditional kvas is a living beverage. But commercial kvas? It's more like a malt soda. The natural bacteria are killed, and the sour tang is often buried under heaps of sugar.

"Nowadays, it's almost impossible to drink real kvas in America," Genis sighs. "Because it's not alive — it's like difference like draft beer and bottled beer. All bottled kvas is basically water and sugar."

But while there is mainstream Coca-Cola kvas, there are also some new kvas makers who are looking to revive the traditional methods. In Pennsylvania, Beaver Brewing has started making kvas — and even wrote a book about it. And in Brooklyn, the Gefilteria — a company that is reviving old-world Jewish foods for modern gourmet markets — makes a beet kvas, with bright notes of ginger. The company is also working on a rye and mint kvas, using leftover rye bread from a local deli.

"We are Brooklyn young 20-somethings making a naturally fermented drink. But we're actually reaching into something that actually has a lot of meaning in the world, and reintroducing it," says Jeffrey Yoskowitz, one of Gefilteria's co-founders.

Yoskowitz and his partners realize that savory, sour, fermented drinks may be a hard sell to American palates. But Yoskowitz points to kombucha tea, virtually unknown in American stores a few years ago, and now easily found in many markets. And they hope that with the growing interest in home brewing, pickling and probiotics — not to mention kvas' old-world Slavic charm — they can find some new fans for this old drink.