Accessibility links
Young Farmers Break The Bank Before They Get To The Field : The Salt They want to get involved with both the local food movement and more conventional forms of agriculture. But many of them are finding their options limited. Ranch and farmland across the plains is going for several thousand dollars an acre, keeping many aspiring farmers out of the market.

As the average age of the American farmer has crept up to 60, fewer young people are filling in the ranks behind them. That's prompted some to ask if young people even want to farm anymore.

The quick answer is yes, just not in the same numbers as they used to. And surveys indicate many of them don't want to farm in conventional ways.

A 2011 survey from the National Young Farmers Coalition showed access to land and capital to be the single biggest factors keeping young people from getting into farming or ranching. The survey also indicated young people are concerned about the environment — they're "generation organic" — and interested in small-scale operations. 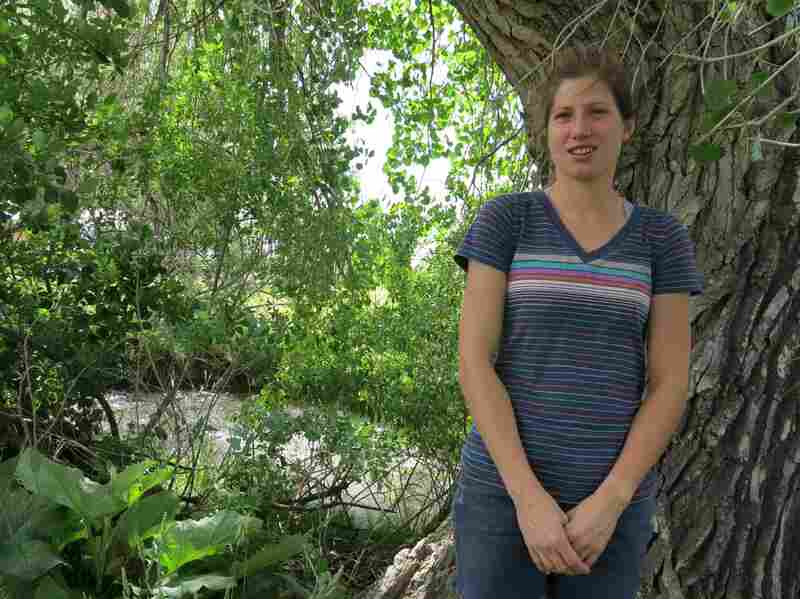 Eva Teague, 31, is trying to start her own pig farm in Colorado but is running into financial obstacles typical of many young farmers trying to break into the business. Luke Runyon/KUNC/Harvest Public Media hide caption 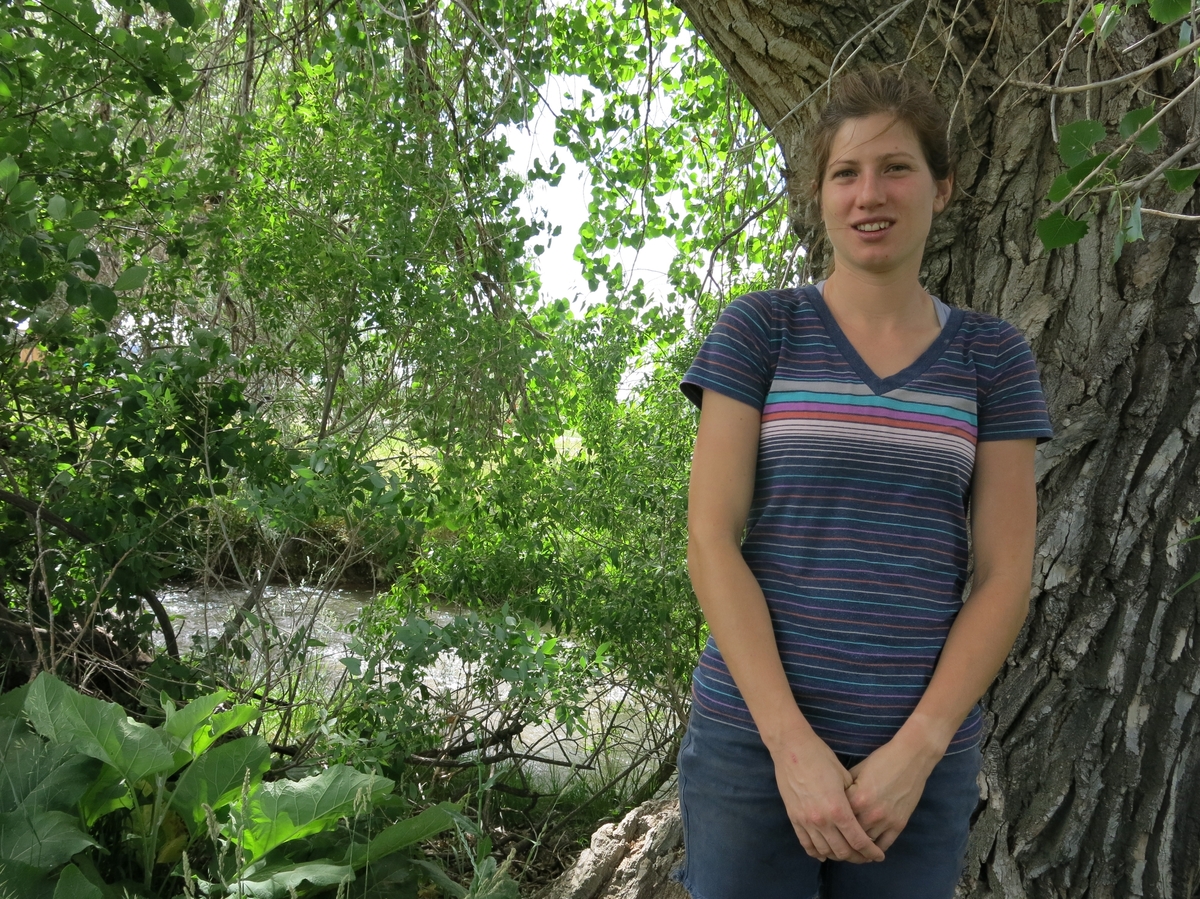 Eva Teague, 31, is trying to start her own pig farm in Colorado but is running into financial obstacles typical of many young farmers trying to break into the business.

But it can be difficult to turn dreams of a farm life into reality.

In Longmont, Colo., Eva Teague, 31, has learned how difficult it can be to start a pig farm. Teague is a grad school dropout turned farmer, originally from the East Coast. Jaded with academia, she moved to Colorado and began working as a farm apprentice. She bought her first pigs a couple years ago.

"[I] didn't have that much cash, so I paid for feed with the credit card just to get going," Teague says.

Right now, her biggest challenge, like many other young farmers, is access to capital. She recently secured a low-interest loan from the federal Farm Service Agency, but it's not enough to get her business off the ground completely. Teague still spends her days on the farm and every evening working full-time as a waitress. Next year she plans to take a big leap: She wants to quit her off-farm job and rely solely on her farm income to sustain herself.

After searching for plots of land on Craigslist, Teague lucked out and scored a lease for 15 acres at the base of the Rocky Mountains. She taught herself Quickbooks accounting software, and she relies heavily on the skills she picked up during a handful of apprenticeships throughout Colorado. In short, Teague is part of the millennial generation of farmers, a group that often eschews traditional forms of agriculture and favors small-scale operations.

Of course, the millennial generation isn't exclusively made up of farmers who've jumped on the local food movement. There are still young people out there who want to get involved with more conventional forms of agriculture, but many of them still find their options limited.

"There's no way I'll ever be able to own my own ranch," says Bo Bigler, 25, a graduate student at Colorado State University. He'll graduate in August with a master's degree in beef management, which almost ensures a career working at large feedlots.

"The price to buy into it, it's too much; the cost of land is unreal," Bigler says. "The only way that somebody can get into it is if a ranch was handed down to them, unless they're millionaires to begin with."

Ranch and farmland, not just in Colorado, but across the plains, is going for several thousand dollars per acre, keeping aspiring farmers from buying. Leased land is available, but it leaves farmers at the whim of a landlord who could choose to cancel or refuse to renew a lease agreement.

"There's no way they can pay the student loan and pay a land payment and still have enough money left over to live on," says Kraig Peel, a professor of animal sciences at Colorado State University.

Many of Peel's students come into his classes with idealistic ideas about farming and ranching. These days about 80 percent of his students have grown up in an urban setting. They quickly learn to realign their expectations, he says.

"It's very frustrating for a lot of these students that would like to [run a farm or ranch]," Peel says. "Economically it just doesn't make sense."

Still, there's a need to bring in young people to large and small ranching operations. Sixty-four percent of the nation's cattle ranches are owned by someone older than 55. But many of Peel's students have chosen to forgo the financial difficulties of running a ranch and work for large agribusiness companies instead.

Teague is working on a multiyear business plan to make sure she can add on a few acres of vegetables and some more pigs.

"I think a lot of young people want to work outside in sort of a 'farm camp' fun experience," she says. "There are fewer people who would like to work really hard, like 50 to 60 hours a week for not a lot of money, which is what working on a farm is."

Teague filled out a form for the latest agricultural census last year. When data is released in 2014, it'll become clearer whether enough young people have joined the ranks to keep the average age of farmers from climbing even higher.

Luke Runyon reports from Colorado for KUNC and Harvest Public Media, a public radio reporting collaboration that focuses on agriculture and food production issues. A version of this post appeared earlier on the Harvest Public Media website as part of the series Changing Lands Changing Hands.